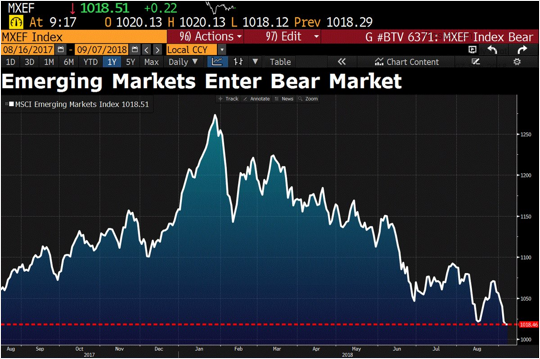 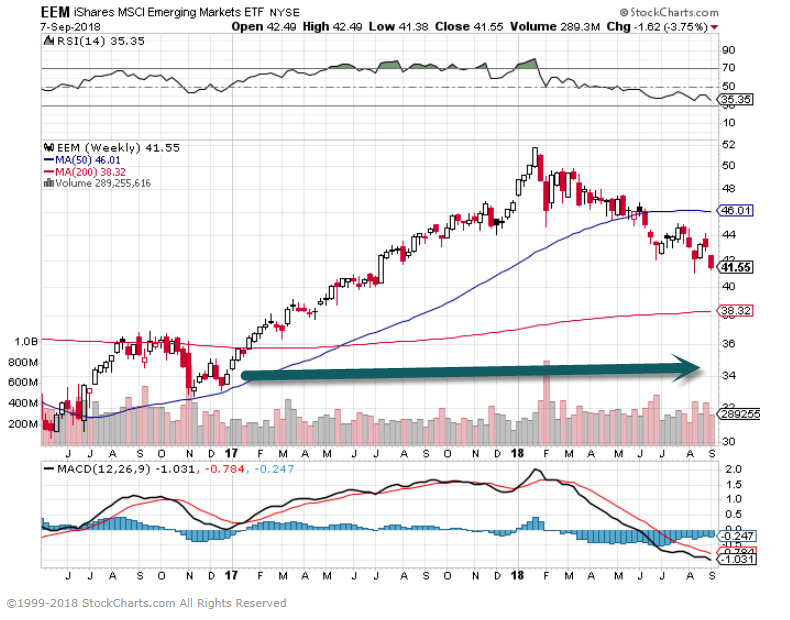 If it’s internet stocks you’re after, it may be time to look to China instead.
While the hits taken by U.S. internet companies like Facebook, Twitter,and Alphabet have been hard, they’re nothing compared with what’s happened to their Chinese counterparts. During the past three months, Tencent Holdings(700.Hong Kong) has tumbled 26%, Alibaba Group Holding(BABA) has slumped 20%, and Baidu (BIDU) has dropped 18%, as investors, worried about a slowing economy and the impact of U.S. tariffs, dumped Chinese stocks en masse.

The End of Summer Hangover.  The end of Labor Day weekend, when schools are back in session and summer starts to wind down, is always a tough time of year. After a summer of nice weather, swimming, hiking, outdoor sports, and hopefully even a vacation, Tuesday morning after the three-day Labor Day weekend can be rough.  This year was no exception, and it was reflected in the performance of US and global equity markets.

Take a look at the chart below.  For six straight trading days now, the S&P 500 had a lower intraday high and lower intraday low than the prior day’s levels.  That type of consistent selling with zero in the way of buying doesn’t happen very often.  To find the most recent occurrence, you have to go all the way back to May 2012, and since 1982, it has only occurred eight other times. 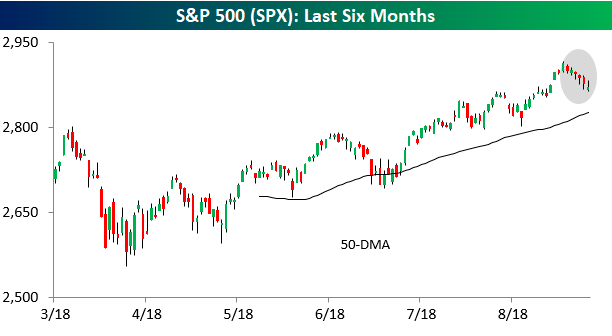 We’ve just published our latest weekly Bespoke Report newsletter, which is available to subscribers across all three of our membership levels.  Sign up here to read the report.

To get up to speed on our thoughts regarding the market’s direction going forward, choose any membership option and access this week’s full Bespoke Report newsletter after signing up!  You won’t be disappointed. Some of the topics discussed in this week’s report include:

How to Spot the Next Financial Crisis 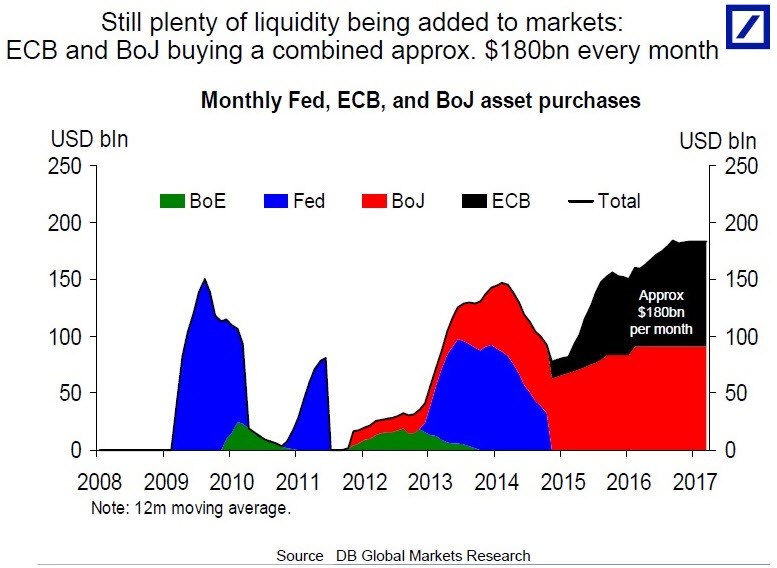 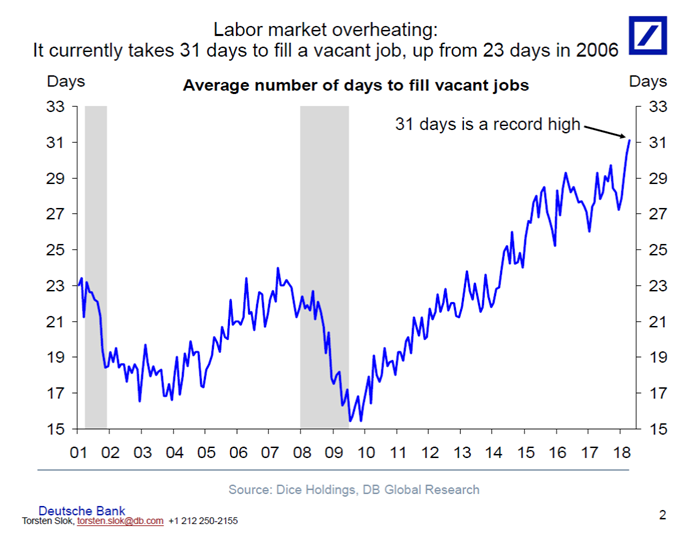 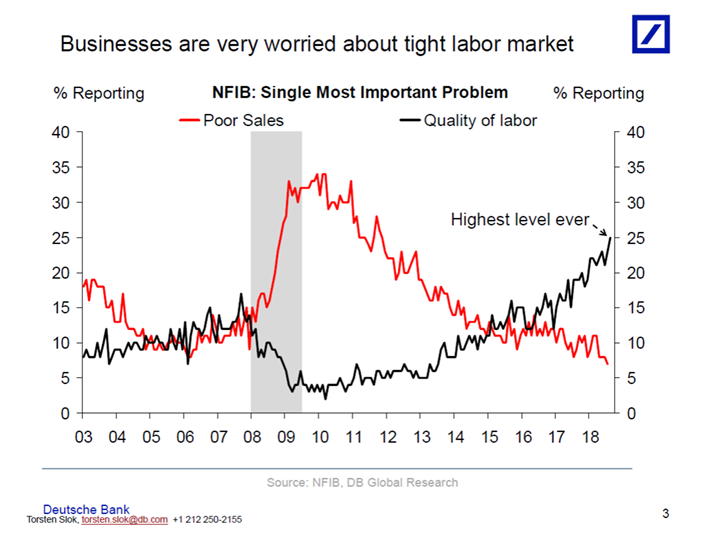 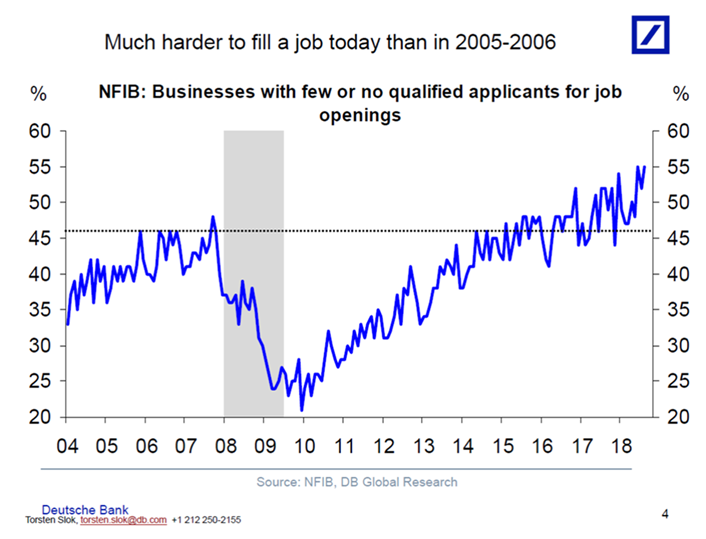 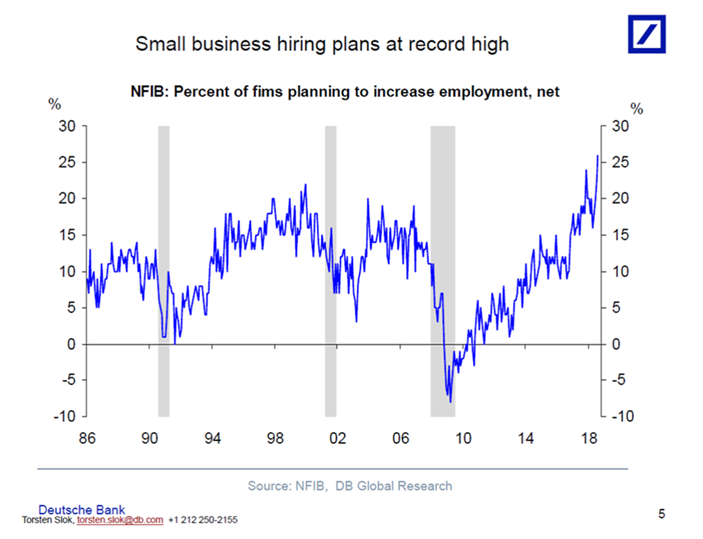 8.Which Products Does America Export to China? 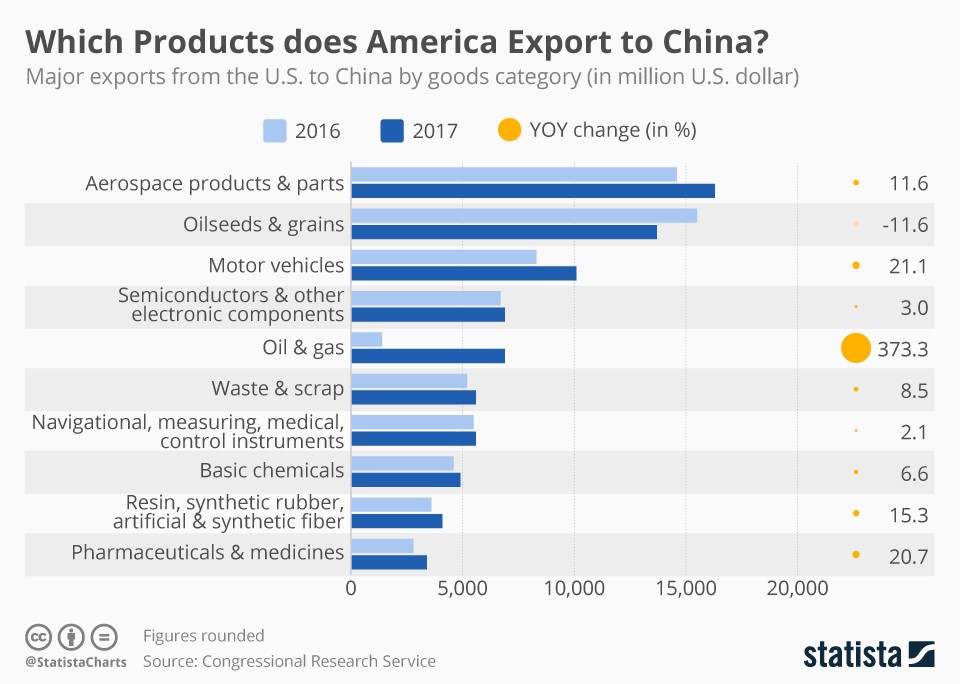 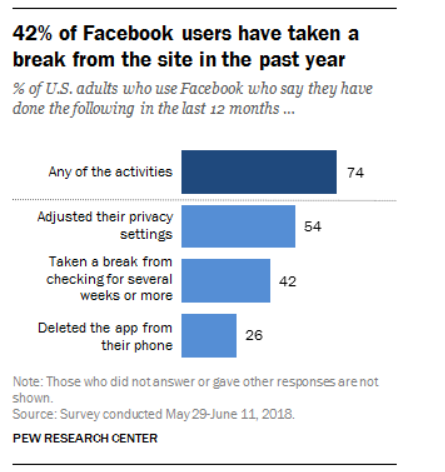 Significant shares of Facebook users have taken steps in the past year to reframe their relationship with the social media platform.

The findings come from a survey of U.S. adults conducted May 29-June 11, following revelations that the former consulting firm Cambridge Analytica had collected data on tens of millions of Facebook users without their knowledge. 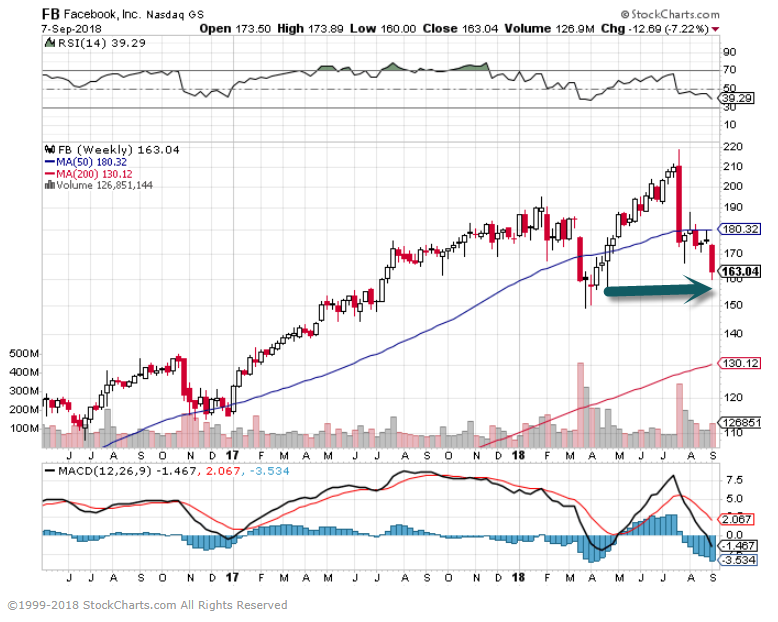 10. 3 Rules to Setting Goals for Your Business

This step-by-step approach can help you achieve the goals you set for your company.

James, a client of mine, has tried for years to set goals and carry them out. He hasn’t done very well despite having the best of intentions.

“Setting goals is something I should be doing,” he told me recently, “but I’m not good at following through.”

To set goals, James first must reset himself. He needs to stop spending all his time doing deals and accomplishing tasks and become a macro-thinker instead of a micro-manager. Successful business owners know they can’t do everything on their own. In order to really make money, they need other people to make it for them. Good senior executives make the big bucks because they know how to get people to work towards their individual goals and the goals of the company. Developing this ability will set James apart from other, less successful business owners.

Here’s what I recommended to James: Pick your key managers (he has three) and ask them to set three goals for themselves. Do the same for yourself and for the company. Make sure each goal follows these three rules:

Rule 1: Each goal must be within the goal-setter’s control.

Don’t just say “increase sales 25 percent” or “get 17 new clients.” Too many outside factors can affect the achievement of goals like this. Instead, base your goals on real facts (addressing a backlog or meeting a forecast, for example) and make each one accomplish-able mostly by hard work–like finishing a project or completing certain tasks that move the company forward.

Rule 2: Each goal must be quantifiable.

The goal should be clear enough so that there’s no argument about whether it’s been reached or not. A final, signed-off contract, a working prototype, an asset that can be touched, a number that’s clearly stated on a report–these are examples of quantifiable goals. They are either accomplished or they’re not. In most universities, an “A” is achieved with a test score above 93. You either get it or you don’t. Your goals should follow the same rule.

Rule 3: Everyone’s goals are reviewed on a specific day.

No exceptions. No excuses. It must be clear that to keep James’ company on track, reaching established goals is the number one priority–above putting out fires or attending to customers or problems that just have to be solved. To back up that commitment, James has to commit to a time to review current goals and set new ones–and do this without exception.

There are people who do and people who manage those who do. The ones who manage are the ones who take the time to set and monitor goals for everyone they manage. That’s why they make the big bucks. Is James ready to be this type of manager? Are you?

Next Steps:  You’re busy. We get it. So why not let us do some work for you? By signing up for the weekly Small Biz Ahead Newsletter, you’ll receive hand-picked articles, how-tos and videos covering the latest in small biz tools and trends. We’ll do the research while you spend your time where it counts: managing and growing your business.