Not much of a move on this 5% pullback. 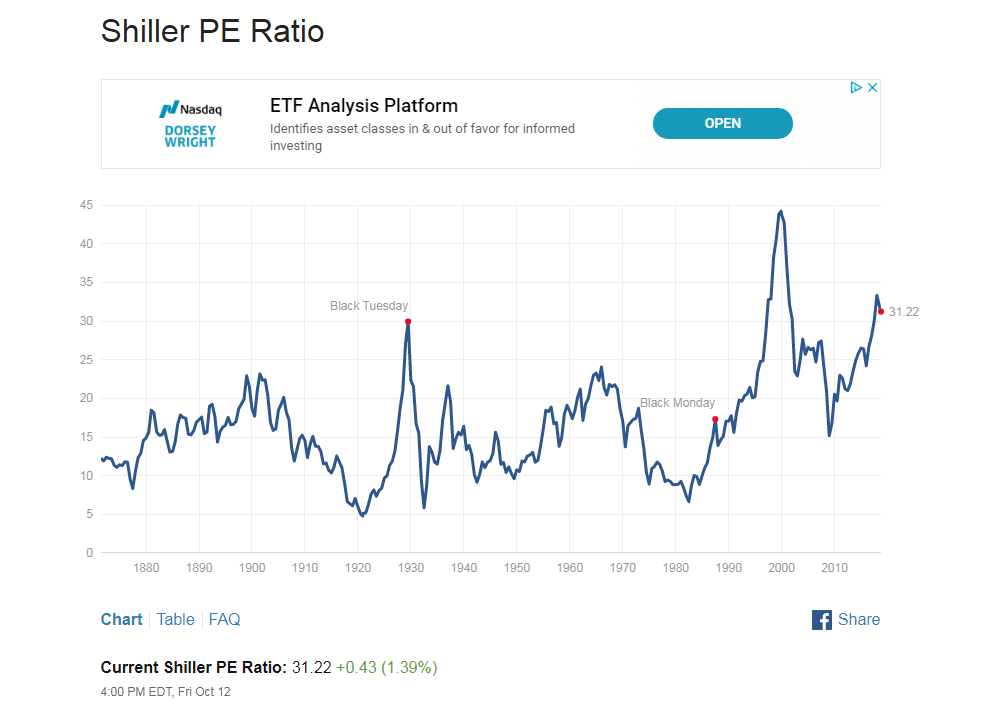 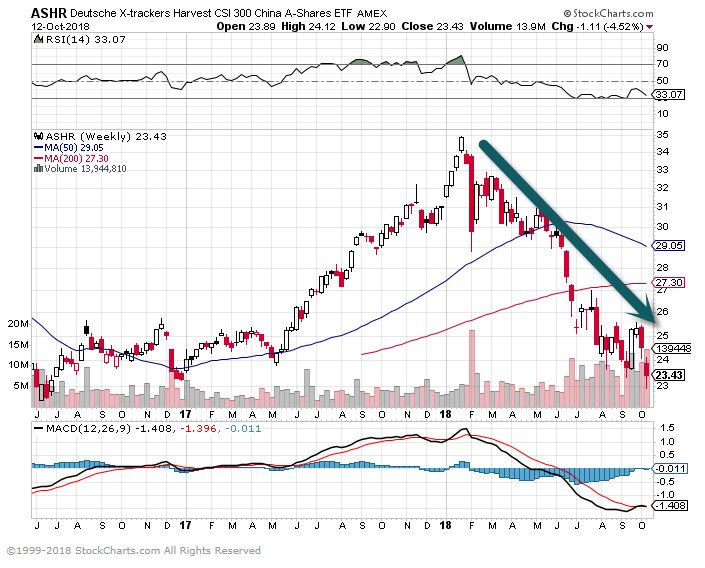 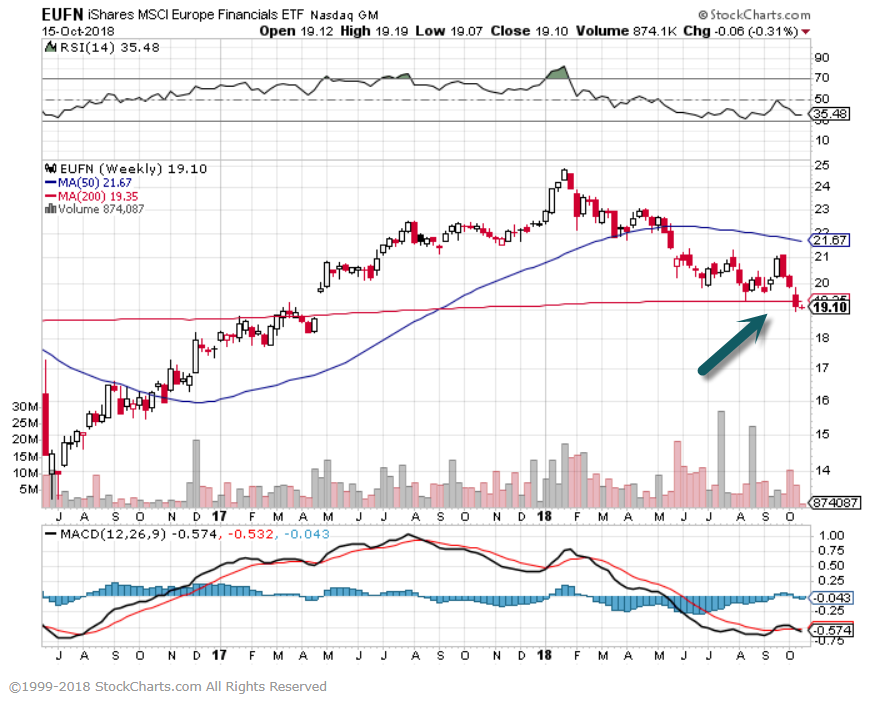 4.Which Stocks Do Best When Interest Rates Rise

If history is any guide, it isn’t the ones you think

The Fed is showing no signs of letting up on interest-rate increases for the next year. PHOTO: JOSHUA ROBERTS/BLOOMBERG NEWS 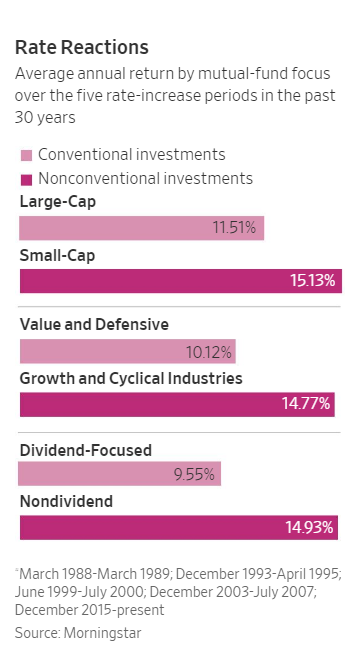 The Price of Financial Advice Is, Finally, Falling

As the rest of Wall Street cuts all kinds of fees in a race to zero, advisers have been the exception. That is starting to change.

It should be noted that funds focused on small-caps, growth stocks and nonpayers of dividends did come with slightly elevated levels of volatility over those same rate-increase cycles, compared with their safer counterparts. But in finance, the bigger rewards do tend to come with the bigger risks.

Thus, with the Fed showing no signs of letting up on rate increases for the next year, it may be the riskier types of funds, rather than those that invest in safe, dividend-paying and large-cap stocks, that deliver the bigger rewards.

Dr. Horstmeyer is an assistant professor of finance at George Mason University’s Business School in Fairfax, Va. He can be reached at reports@wsj.com.

With all the talk about rising rates…Agg sell-off at end of 2016 was worse.  See gap down in chart. 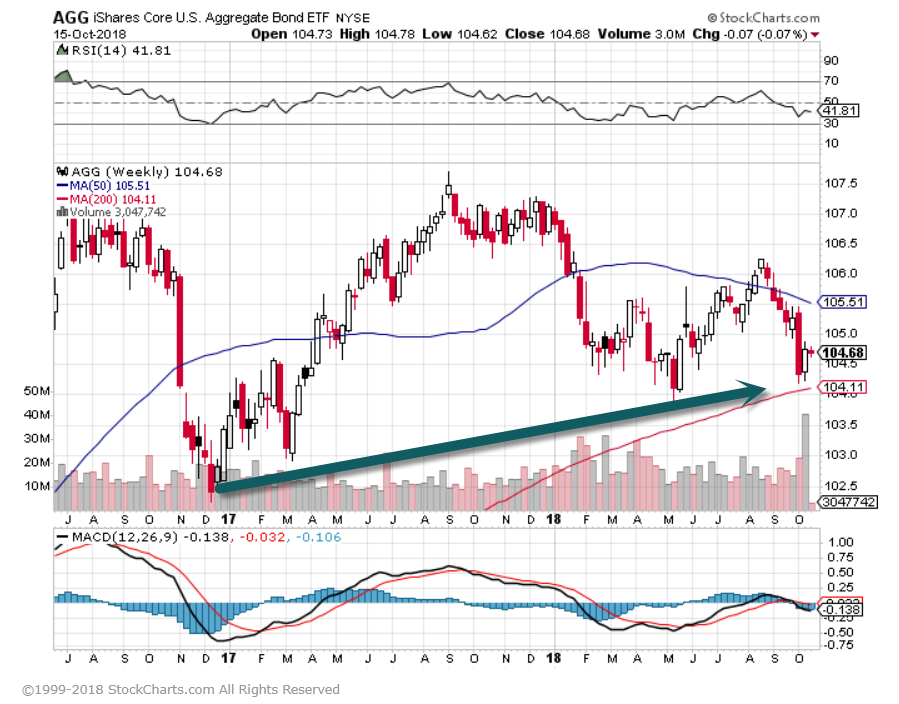 6.Diversified Portfolios Not Having a Good Year….See Performance Below …All Red Ex-U.S. Stocks. 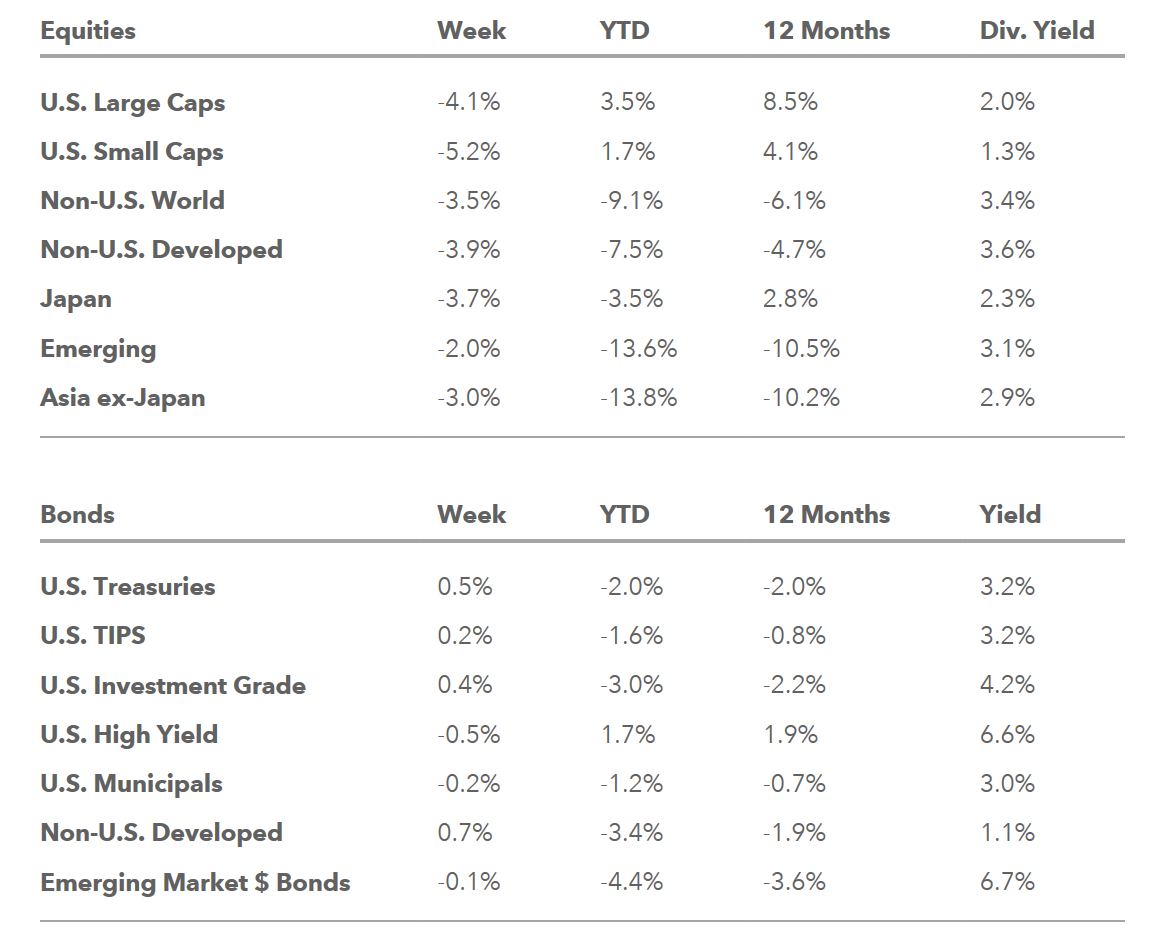 This year – 2018 – about $1 Trillion worth of that debt is maturing, and countries have to repay that debt in Dollars, which means that all these emerging markets are having to expend precious forex buying dollars. And it’s the worst possible time to do that. 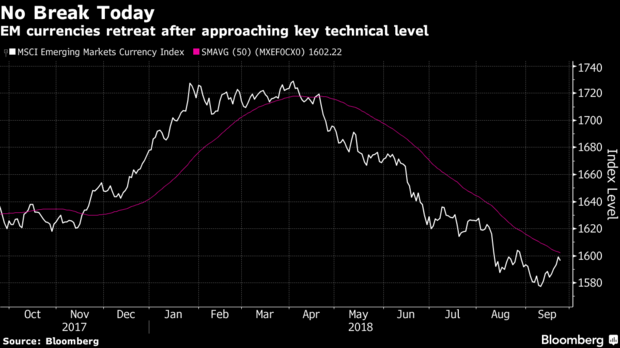 8.Follow up to Yesterday’s Fear and Greed Index….85% of Fund Managers Say World is in Late Cycle.

Investors Fretting Fed Error Most Bearish on Economy Since 2007

Pessimism on the global economy is piling up amid rising trade tensions and expectations the U.S. central bank will carry on tightening despite the tumult in equity markets.

Fund managers surveyed by Bank of America Merrill Lynch this month are hoarding cash as they become the most bearish on global activity in a decade, fretting an end to the long expansion. A record 85 percent of fund managers say the global economy is in late cycle, 11 percentage points ahead of the prior high recorded in December 2007. 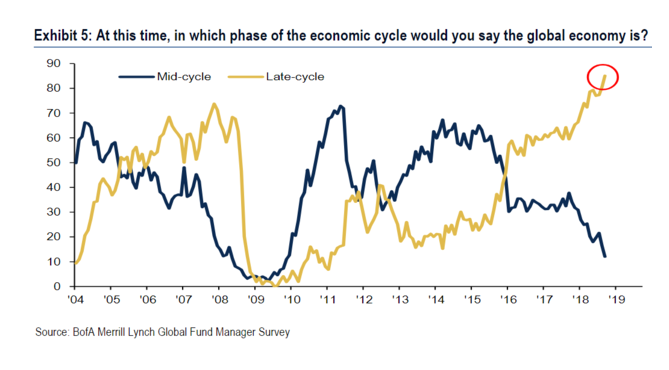 In Silicon Valley, even the shoes are now worth more than $1 billion.

Trendy footwear startup Allbirds Inc., whose sneakers are a favorite of striving venture capitalists and celebrities alike, has sold a stake to investors at a valuation of $1.4 billion, people familiar with the matter say.

The valuation, which wasn’t publicly disclosed, more than triples last year’s number and vaults the company into the closely watched realm of so-called Silicon Valley unicorns, or privately held startups valued at more than $1 billion.

While Allbirds are a staple in the offices of seemingly every technology startup, it isn’t exactly a tech company itself. At the moment it is a shoemaker that sells products made of just two materials — wood and wool — though limited-edition flip flops made of sugar were briefly available over the summer. 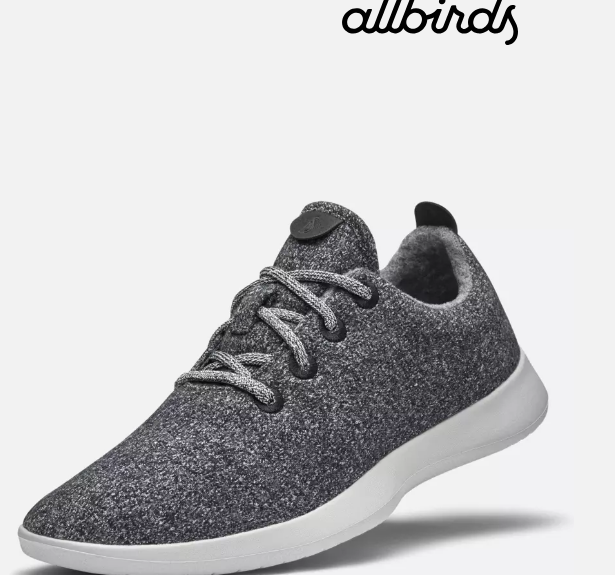 10.6 Signs You Don’t Know What Matters

Are you out of touch with your goals and values?

If all life in the universe was gone, nothing of importance would be left.

Pollution, global warming, and melting ice caps? The oceans do not care. Without life, it would no longer be a “problem.”

In fact, were the sun to die away, Earth would stand unconcerned.

Caring is part of life itself. And whether you are aware of it or not, there are things that you truly care about:

Yet, too often we lose contact to the things we truly care about, and find ourselves in a struggle to chase empty goals.

In my line of work, I’ve seen people struggle with all kinds of problems. And what crushes me the most is to see—again and again—how people put their lives on hold while they are fighting their inner battles.

People with anxiety organize their entire life around this anxiety, in an attempt to get rid of it. Yet while they avoid all situations where anxiety might show up, they also avoid all activities that make life rich and meaningful in the first place.

Ask a person struggling with panic what would be next if panic were suddenly removed from their life.

After a pause, you will hear hesitant statements of what the person holds dear:

Meanwhile, life has become an empty struggle with anxiety, seemingly out of necessity rather than choice. There’s only an effort to get away from the bad stuff, not an effort to get closer to what makes life precious to begin with.

In the list below you’ll find five signs that you have lost contact with what is truly important to you.

The first sign that you’re not connected to what you value is that you are simply unable to say it. Not out of fear of saying something “wrong,” but because you are genuinely not aware of what matters to you.

This sign seems very obvious, but it’s an important start nonetheless. If you don’t know what you truly care about, then you’re not living a life in alignment with it.

The second sign is a bit more tricky than the first.

Instead of making your life about striving towards what matters most to you, you make it about avoidance. Your life becomes organized to avoid uncomfortable emotions like fear, shame, anxiety, or guilt.

Any situation where uncomfortable emotions naturally show up has to be avoided. Meanwhile, you also avoid the people and activities that make life meaningful in the first place.

What you truly care about is getting put on hold.

The things you say you truly care about, are not about what you value, but what you think other people want you to value. It’s less about what is important to you, and all about gaining the approval of others.

This is a clear sign that you’re not living your life, but someone else’s.

The fourth sign is pretty similar to the third. Instead of you choosing your own goals and values, your values seem preordained. Someone else has defined a set of goals and values that you should live your life by.

This often happens when clients grow up in strict households, or in certain ideological groups.

Instead of examining these preordained values and choosing, you mindlessly adopt them. A sense of capacity to choose them or construct them is absent.

Instead of caring about what you are doing and the things to need to support that, you care about things. Period. End of story. Things like…

Money, not how it will be spent.

A house, not what will happen inside it.

A trophy spouse, not the love you will create.

Life will call your bluff if these things show up. What will happen next?

The last sign that you are not connected to what is truly important to you: your values are rigid and inflexible.

At some point you have decided what is important to you in life. Yet instead of reflecting how far these values and goals are still important and relevant to you, you mindlessly hold tight onto them. Caring seems inflexible and repetitive, like an oft-told tale instead of an active exploration.

These six signs give you a good idea of whether or not you are in touch with what matters most to you.

If you find none of the signs apply to you, very good.

If, however, you recognize yourself in one (or more) of them, that’s good news as well. Because now you are aware of it and can see this as an opportunity to reflect on your goals and values, and make the necessary adjustments in your life.

It’s hardly possible to live your values without getting in contact with uncomfortable thoughts and emotions. Yet, these uncomfortable feelings are ultimately only important because they are connected to what matters.

Or, to put a finer point on it, perhaps we should say “who matters,” since you will not find values in the things we care about; you will find them in the hearts of human beings.