Thoughts on the Market Sell-Off 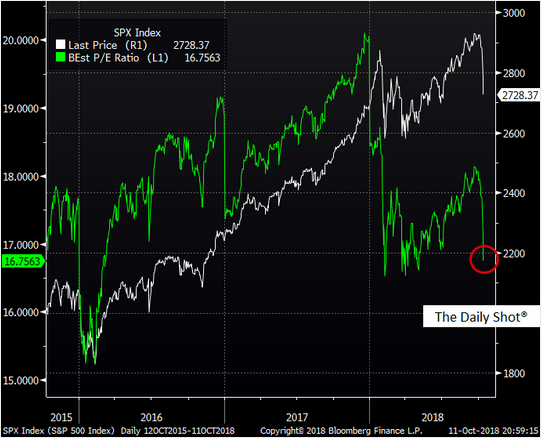 3.We are on the Way to $2B Per Day in Interest Payments on Government Debt.

Here is a number for your dinner conversation tonight: Did you know that the US government last year on average paid $1.5bn each day in interest payments, and this is rising toward $2bn per day over the coming years, see chart below. And this number could rise further as interest rates go up because of an overheating economy, more Treasury supply, and lack of demand for US fixed income from abroad because of higher hedging costs. These forces pushing US rates higher did not disappear yesterday.

If you want to study this further you can look here: https://www.treasurydirect.gov/govt/reports/ir/ir_expense.htm 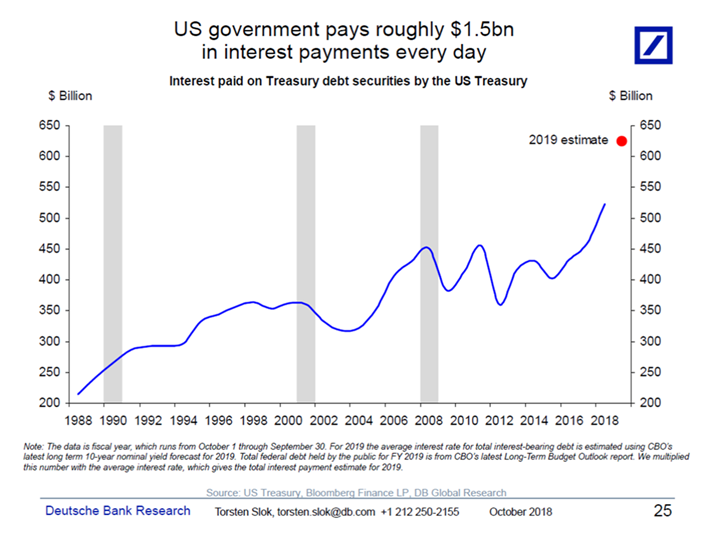 VIX-big spike this week but did not make new YTD high. 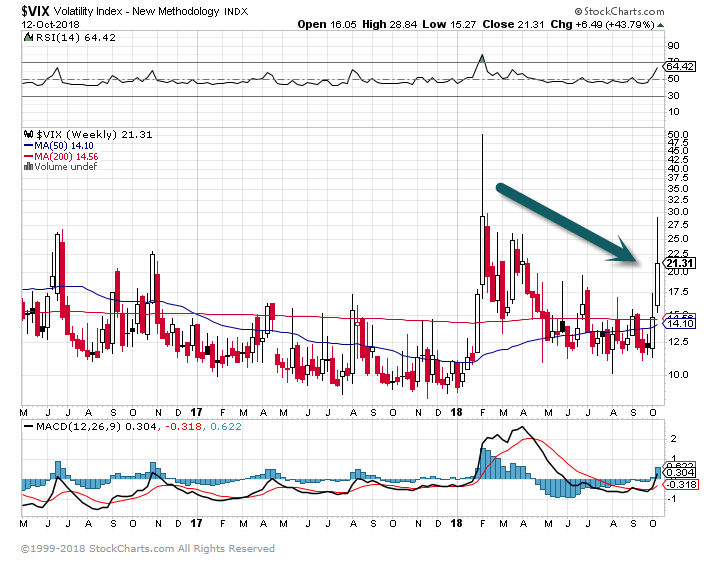 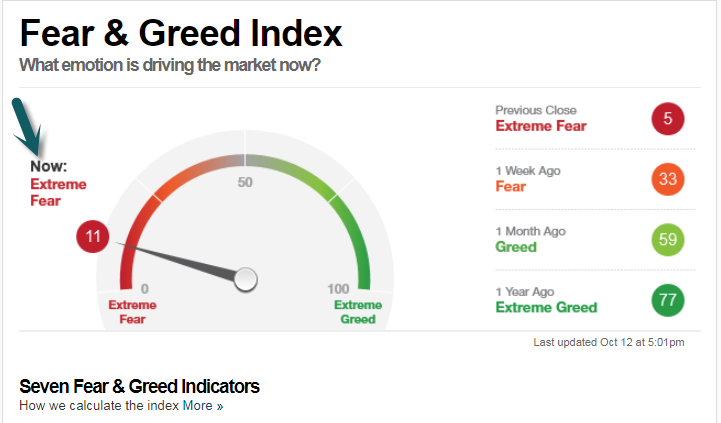 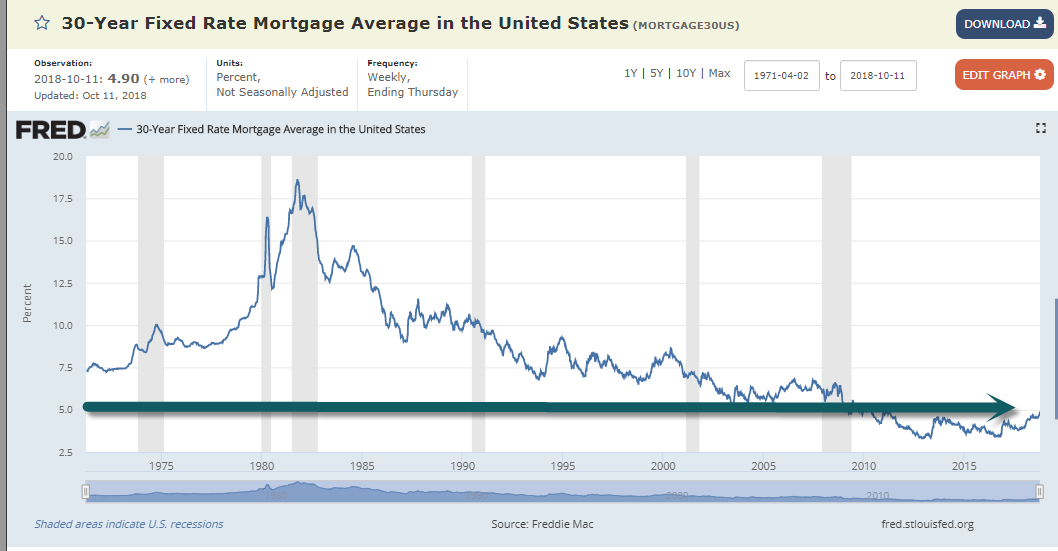 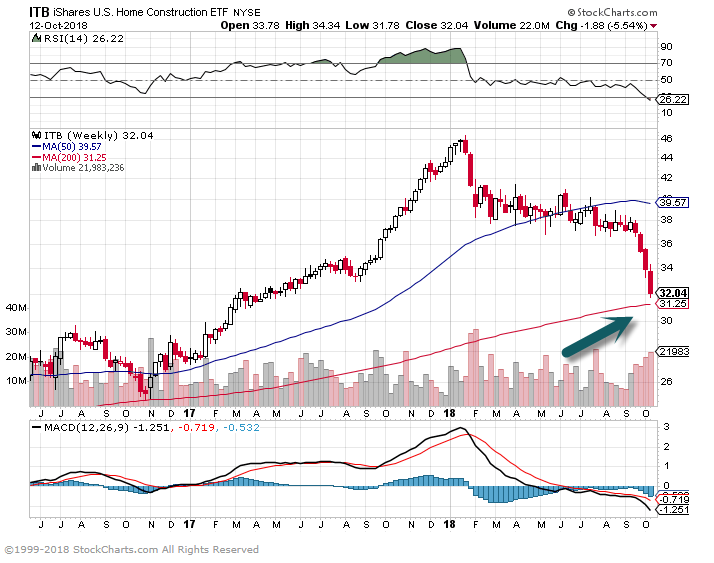 9.Apple Suppliers Have a Market Value of $1 Trillion….

If Apple suppliers—a group of companies with a market value of roughly $1 trillion—were forced to spend 10% of their gross profit investing in security or relocations, the bottom-line impact by our math would be about $10 billion annually. If you put a current Nasdaq-like price/earnings multiple of 20 on those profits, the value destruction could be over $200 billion.

When Barron’s analyzed Apple’s suppliers following the initial release of the Trojan-chip story, less than $20 billion of their total stock value had been lost—a number we thought was too small. Sure enough, a week later, the losses had ballooned to about $100 billion. But that’s still only about half our worst-case scenario, and it’s Apple-specific.

Tech Stocks Could Rebound Again but the Risks Are Growing
By
Al Root
https://www.barrons.com/articles/tech-stocks-could-rebound-again-but-the-risks-are-growing-1539387260 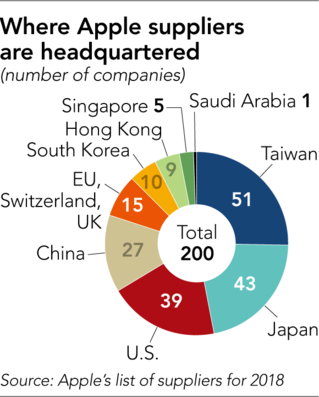 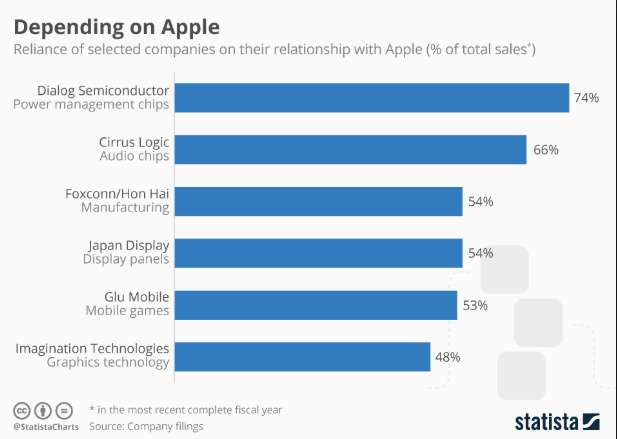 10.Uncertainty: A Key to Success

You can strategically plan your personal and professional life. You can make careful choices and take what you think are the appropriate actions to fulfill the ideal life you want. But there is absolutely no way of knowing with certainty what will happen. Life is a risk itself. There are just too many variables and unexpected twists and turns that come into play. There are no sure ways of knowing how your life will turn out in the long run. Well, guess what? You’re not supposed to. If you did, the thrill of life would cease to exist. Allow me to explain.

There are those who refer to life as a game, and as you well know, anything can happen in the game of life. Awhile back, I was watching the Super Bowl at a hotel bar. There were well over 100 people in the lounge area, and everyone was yelling and cheering for their team to win.

I remember it like it was yesterday. It was an incredibly close game. Every time a team scored or made a great play, fans would jump out of their seats and cheer their team on. The place was electric!

Here’s my point. Who can deny that the enjoyment and the excitement was coming from the anticipation of not knowing for certain which team was going to be victorious? My question to you is this: What would be the point in watching the Super Bowl, or any other sporting event, if you knew beforehand which team would win? Who can deny that it’s in the not knowing that makes it exciting and worthwhile?

It’s the same with the game of life—yours, mine and everyone on this planet. Unlike any other game, however, the goal in the game of life is not to win or to be the best, but rather to follow your heart regardless of your circumstances and to learn life’s lessons along the way. It’s the journey that matters most.

Whether you view life as a dance, a school, a game or a test doesn’t matter. A major key to a happy, successful life is to embrace uncertainty. The adventure into the unknown is where you experience who you are and what you’re made of. It’s where your character is tested and molded. When you take that leap of faith into uncertainty, you are sending a message to yourself, as well as the universe, that you are not only here, but you are qualified and ready to face any challenge along the way. You may be on top one day and suddenly fall the next, but think about this—isn’t it better to fall than to not try at all?

Throughout history, some of the world’s greatest thought leaders didn’t succeed because they were dead sure that they would; they succeeded because they wouldn’t allow doubt and fear of the unknown to keep them from succeeding. In other words, they embraced uncertainty. That’s right, they had doubts just like you and me. Some had to confront their fears every step along the way on their road to success. But the one thing they all have in common is a profound understanding that uncertainty is where life unfolds and opportunity awaits them.

The biggest mistake we can make when you set out to achieve our goals is to depend on certainty. Why? Because success is never certain. There is always some kind of risk involved. Always! The fortunate among us know this in a profound way, and they live their lives accordingly. They participate knowing there’s a chance they can fall and lose it all. They’re willing to play the game of life, aware that defeat is a possibility, but they choose to focus on a victorious outcome. They’re anxious to attend the school of life, knowing that they will be subjected to difficulties, challenges, loss and tragedy, but as long as they learn the lessons, they will prevail. In short, they know that there are no guarantees… only choices. The right to choose one’s own way. And that choice happens every second, every day.