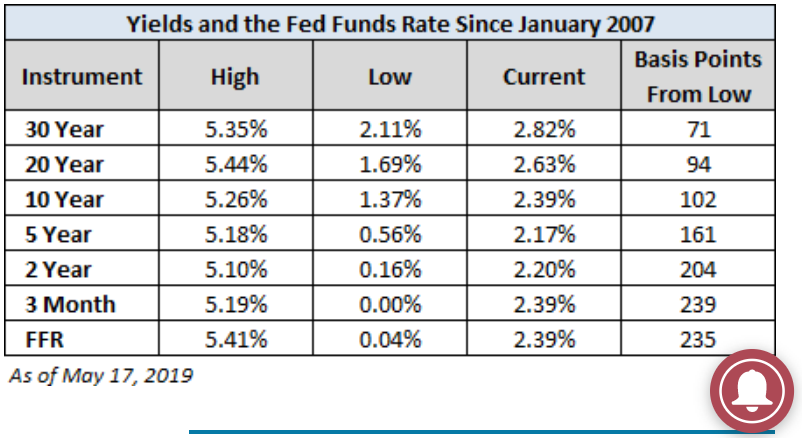 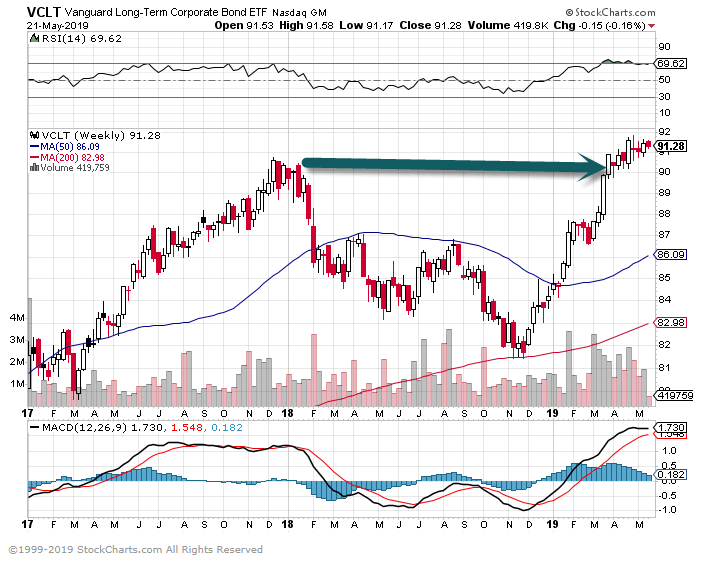 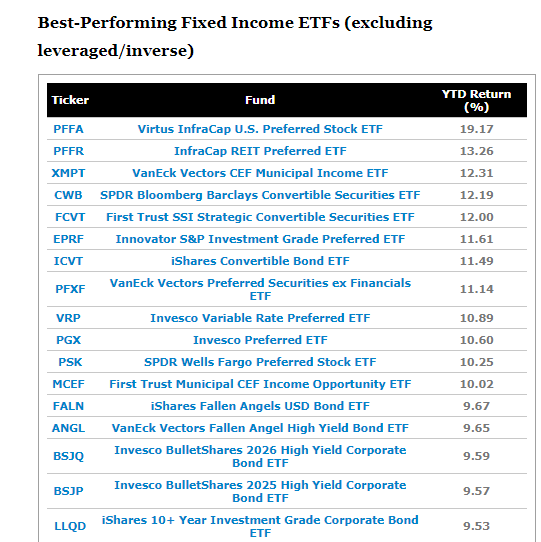 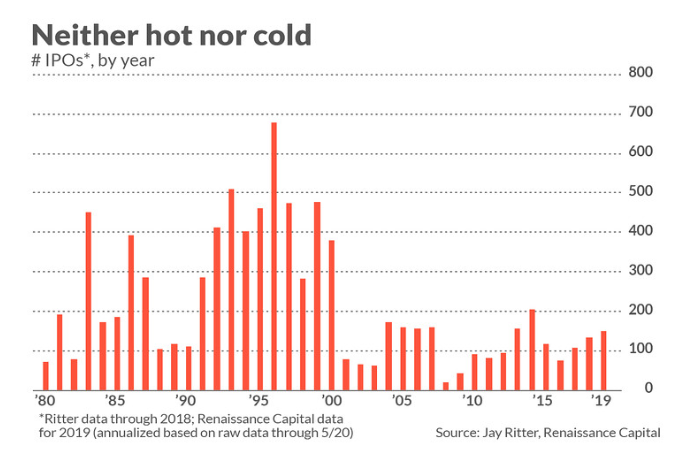 Opinion: Reports of an overheated IPO market are greatly exaggerated

5.Infrastructure Bill Back in the News as One of Few Initiatives with Bipartisan Support. 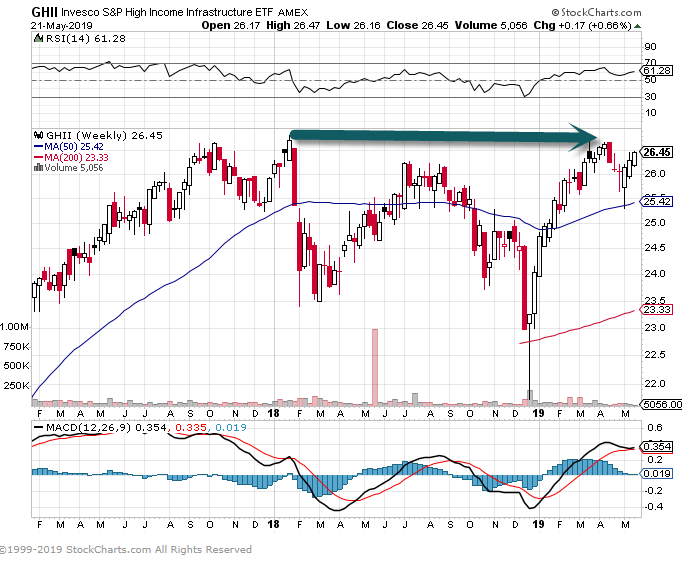 Infrastructure-related stocks could be rebuilt if Congress passes new bill 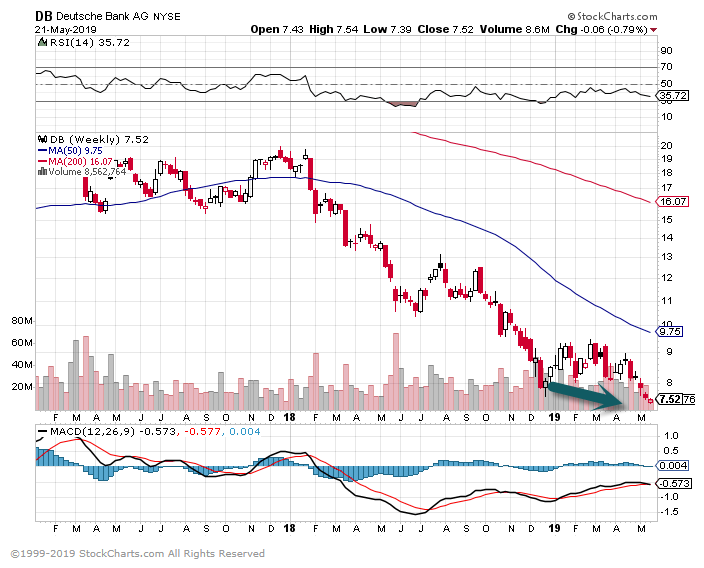 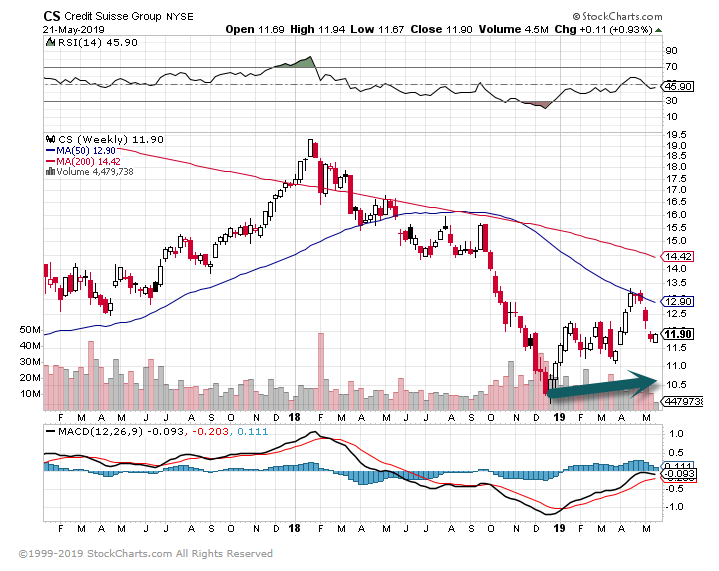 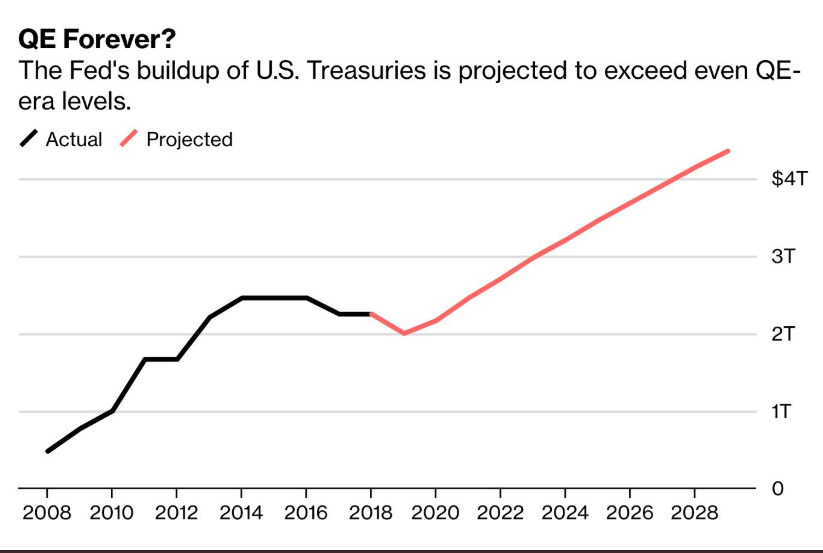 QE May Be Over, But the Fed’s U.S. Debt Hoard Is About to Soar

Balance sheet seen soaring past crisis-era levels in a decade

If you thought the Federal Reserve was done with quantitative easing, you might only be half right.

As soon as next year, analysts say the Fed will resume large-scale buying of debt securities — this time just U.S. Treasuries — in amounts that may ultimately exceed its crisis-era purchases. According to an estimate by Wells Fargo & Co., the central bank’s balance sheet will rise past its historic peak as it adds over $2 trillion to its Treasury debt holdings in the next decade.

8. US Rents Climb To Fresh Record Highs Despite Slowest Price Increase In 11 Months

US existing home sales slumped for the 13th straight month in March, but the pressures on the national housing market have yet to translate into cheaper rents: To wit, average national rent climbed 3% YoY in April, and 0.3% from the prior month, according to Yardi Matrix data cited by RentCafe.

The national average rent hit $1,436 in April, climbing about $42 from the prior year to $1,436 – which, though still positive, marked the slowest pace of growth in 11 months. 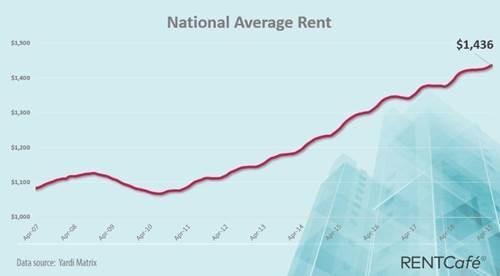 While rents tended to be highest in urban enclaves along the coasts, some large rental markets in the Sun Belt boasted surprisingly affordable prices, including Las Vegas ($1,061) or Phoenix ($1,046).

9.How Would You Like to be the Sailor Who Left Hatch Open?

$3B Indian Submarine sunk because someone left the hatch opened 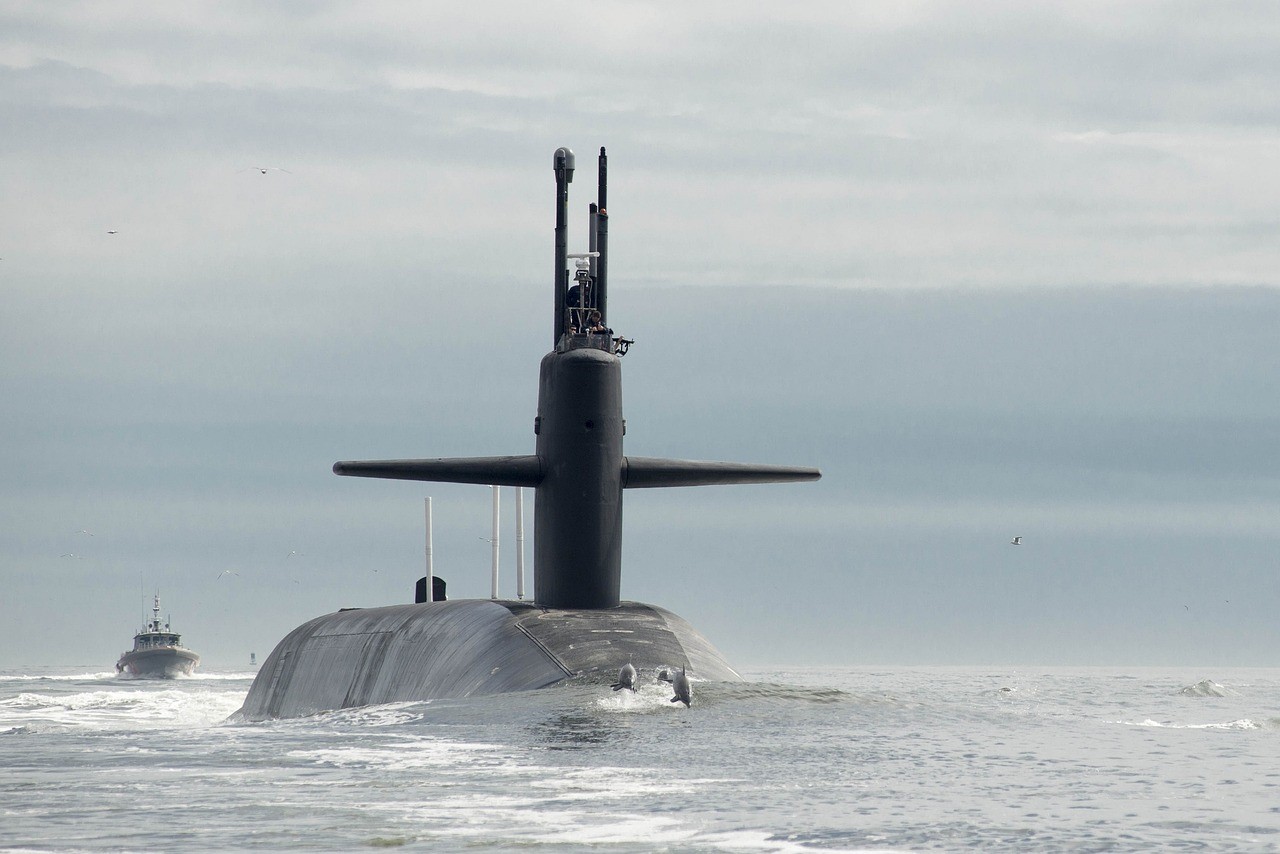 Want to know how to sink a 3 billion dollar submarine? The Indian navy can give you lessons, as it seems one of their sailors nearly perfected the method in 2017. The INS Arihant is the flagship of India’s nuclear fleet. However, it has been a harbor ornament for nearly 10 months, following an incident last year.

According to The Hindu, while the INS Arihant was in harbor a sailor apparently forgot to close an external hatch on the sub before a dive. As the ship submerged water flooded into the vessel. This could have been fatal for all 100 sailors aboard the boat had the issue not been caught and quickly remedied. Life under the sea is dangerous enough for sailors without careless mistakes like this one. While the identity of the person, or persons, who are responsible for the incident is not publicly known, they were very nearly able to sink a 3 billion dollar submarine without firing a singe shot.

The INS Arihant is part of what is known as the “triad” of India‘s nuclear fleet. They currently have a second nuclear submarine on lease from Russia. The INS Chakra reportedly suffered damage to her sonar domes when coming into Visakhapatnam harbor in October of 2017. With both ships suffering damage and needing repairs, the only nuclear submarine remaining in the fleet was quietly launched in November of the same year. The naval leaders decided against a high publicity launch with the PM in attendance, and the INS Arighat slipped into the water almost unnoticed by the world. If the sailors aboard the INS Arihant had accidentally succeeded in sinking the 3 billion dollar sub, it would have critically crippled India’s naval defenses.

If you can’t follow the rules, healthy relationships don’t stand a chance.

When it comes right down to it, there is no more valuable social capital than friendships. These are the relationships that can stand the test of time and distance and roll with the punches when things get a little dicey. Good friends, though, will give you the space you need when you need it, and love you just as much when you’re down as when you’re up, and when you’re broke as well as loaded.

Even in the best friendships, life can get in the way of frequent connections, but good friends can pick up a conversation months or even years later and feel as close as ever. It’s not the frequency of connecting that proves the strength of a relationship, it’s the depth of the connection and the mutual affinity and respect that are the hallmarks of its merit.

Following is a list of six plain and simple rules that women believe people will follow if they are to be counted as a true friend:

Everyone needs a support network — and friendships are the bedrock of our social support systems. When you consider yourself the friend of another, you’re implicitly offering to be a part of her support network. If you’re a no-show too often when you’re needed, your value in the network declines at a rate in direct proportion to how great her need might be. If you fail to show up for her, you shouldn’t be surprised if she fails to show up for you. Friendships are built on mutuality and reciprocity — be there for her, so that she will be there for you.

If you don’t trust her, she’s not your friend. If she cannot trust you, you’re not her friend. If you share untruths or spread lies, you’re not her friend. It’s just that simple. Without trust, there is no authenticity to the friendship. If you can’t be straight with her or feel the need to hide your actions or tell untruths, the relationship is being built on shifting sand and won’t be able to withstand any real challenges.

Too often, we only “half hear” what others are telling us — our own lives are so complicated that we have difficulty making space for caring about another’s experiences some days. However, friendships require attention and tending — if we don’t truly know what a friend needs, and if we don’t clearly state what we’re feeling or needing ourselves, friendships just won’t survive.

Good friends are able to acknowledge that everyone is human, and that true friends don’t judge each other’s choices. If you can’t handle friends who make decisions or choose lives that differ from what you feel is “best,” then you need to exit the relationship. Friends don’t have to necessarily “like” or “approve” of their friends’ choices, but good friends will accept their friends’ choices no matter what. And if you can’t handle the path your friend is traveling, it’s better to let the relationship go than to stand on the sidelines heckling your friend or shaming her for her decisions.

Another important and related request is that you assume the best and give your friend the benefit of the doubt. If you’re quick to assume the worst and ready to lay down blame, you’re not going to be the kind of friend that anyone wants for the long haul. We have to prove ourselves often enough on the job and in other situations; don’t make friendship a proving ground, as well.

There’s no rule that says you have to love what your friend is wearing, who your friend is dating, how your friend is raising her kids, or any other choices your friend is making. However, there is an unspoken rule that you don’t bash your friend’s choices to others behind her back. Gossip is a dangerous tool that women use to cement their own standing in a social setting. Gossip began as a tool that was used to protect people from making mistakes that others had made before them — Kind of like warning a friend, “Tammy cheated on her exam, and she ended up having to totally retake Algebra,” or “Matta ate the berries from the plant with the scratchy leaves and almost died.” Gossip was borne out of the desire to protect others, not harm the subject of the gossip. Unfortunately, gossip today is designed to damage the reputation of another, which is a 180-degree turnaround from its original purpose.

Respect your friends’ boundaries as well as their stories. Some friends may have a difficult time letting people get close to them for fear of being hurt. Don’t crowd your friends — give them the space they need to feel comfortable, and let the relationship deepen over time. The beautiful thing about strong friendships is that they provide the freedom to communicate openly and honestly. However, being too quick to jump in and say exactly what you think — without taking time to reflect on whether or not you’re about to show judgment or efforts at controlling a friend’s responses — can do long-term damage to the relationship. While honestly is essential, tact and diplomacy are also important elements of upfront conversations.

When you expect more from others than you expect from yourself, your relationships are not going to be nearly as enduring as you might hope. No one promises to bring perfection to a relationship, so being willing to accept and forgive the shortcomings of others makes it much more likely that you’ll build the kind of friendships that will last. It’s also important that we are able to acknowledge when we make mistakes, as well. If you’re able to admit when you’ve failed to hold up your end of the relationship, it’s a lot more likely that a friend will be able to forgive and move forward.