1.Investors Continue to Flock to Safety in U.S. Government Treasuries. 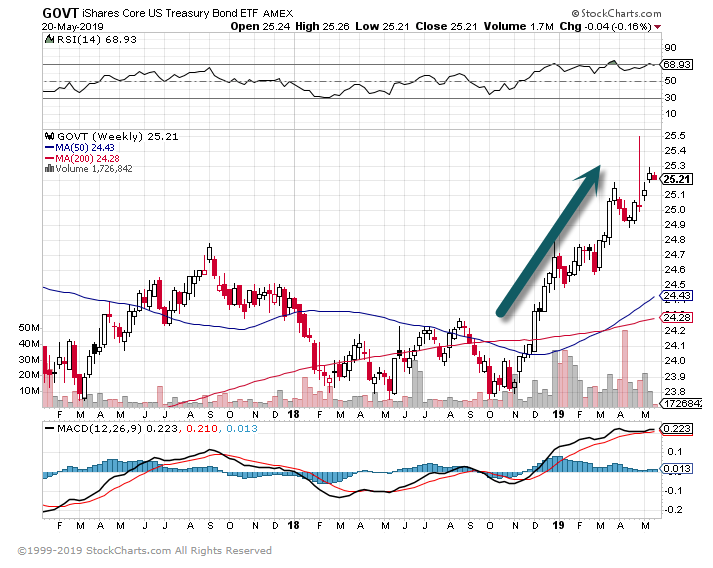 I was a trader during 1999 Internet Bubble….Never Thought I would see this again. 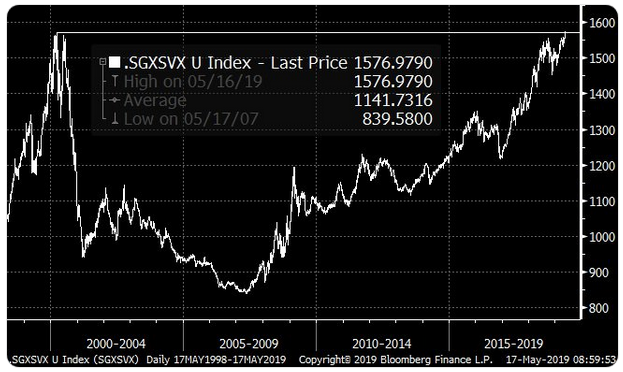 3.International Markets Did Rally Back to 2018 Highs.

Vanguard All-World Ex U.S. did not make it back to 2018 highs let alone all-time highs. 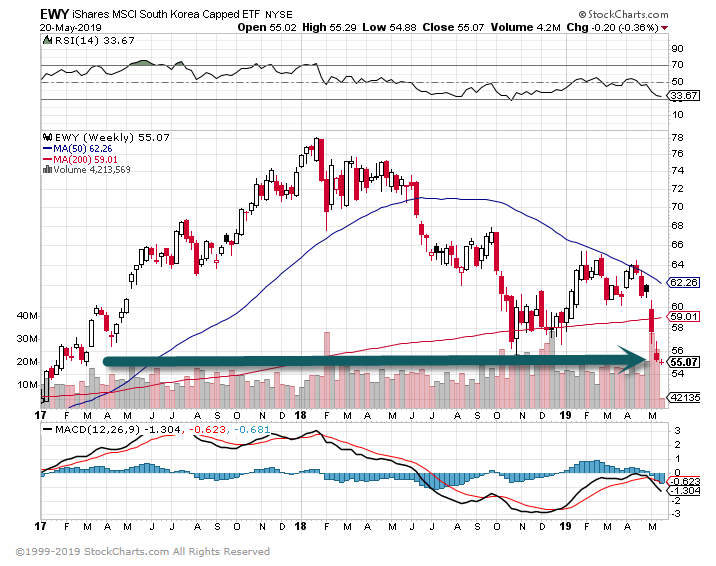 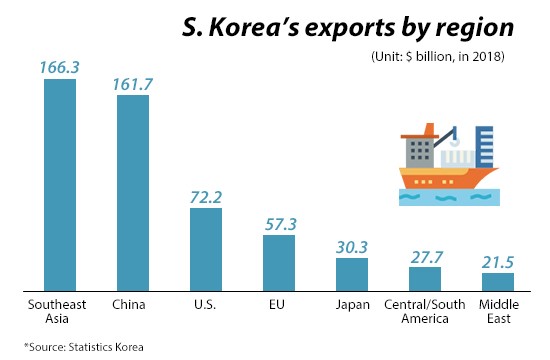 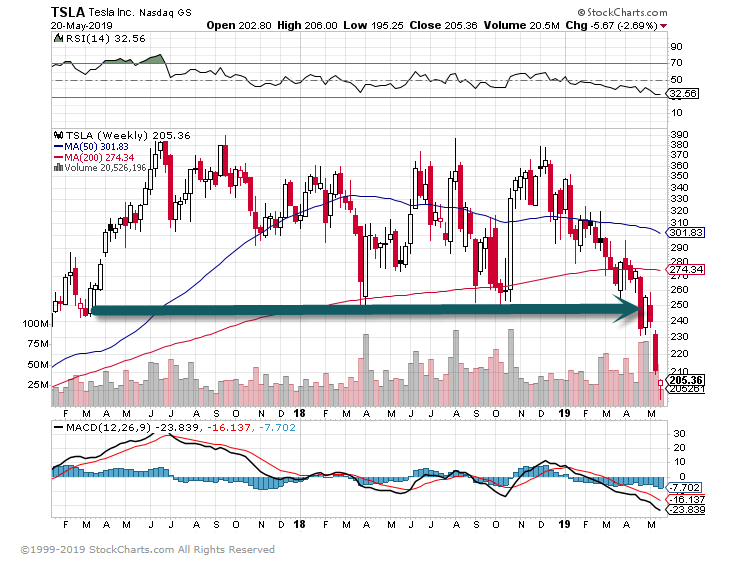 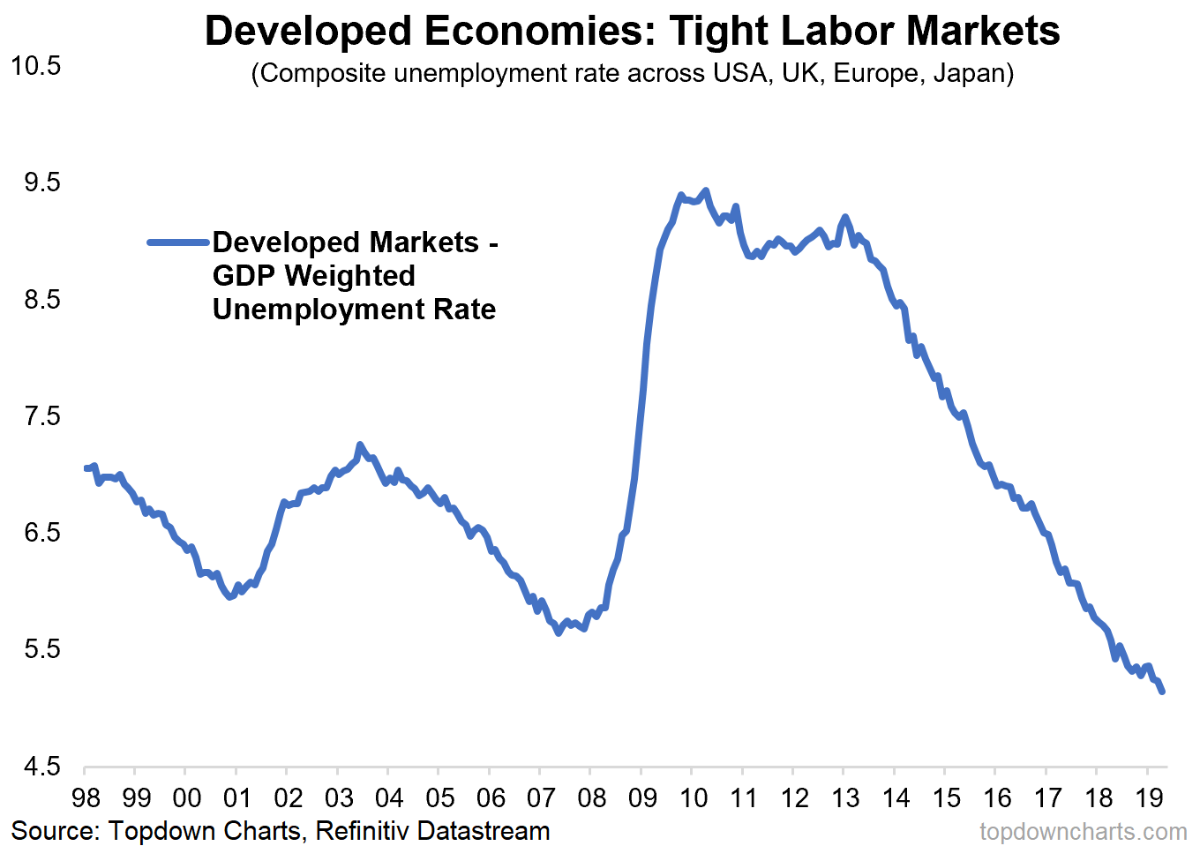 Federal Reserve Chairman Jerome Powell on Monday evening made the case that business borrowing doesn’t represent the threat to the U.S. economy that subprime mortgages did a decade ago.

Acknowledging that there’s a category of debt that is growing faster than the income of the borrowers even as lenders loosen underwriting standards, and that much of the borrowing is financed outside the banking system, Powell argued at an Atlanta Fed banking conference that the parallels stop there.

“The financial system today appears strong enough to handle potential business-sector losses, which was manifestly not the case a decade ago with subprime mortgages,” he said.

“And there are other differences: Increases in business borrowing are not outsized for such a long expansion, in contrast to the mortgage boom; business credit is not fueled by a dramatic asset price bubble, as mortgage debt was; and CLO structures are much sounder than the structures that were in use during the mortgage credit bubble.”

Powell pointed out the risks from business lending. “Some businesses may come under severe financial strain if the economy deteriorates. A highly leveraged business sector could amplify any economic downturn as companies are forced to lay off workers and cut back on investments,” he said.

Sen. Elizabeth Warren, the Massachusetts Democrat, and former Fed chief Janet Yellen are among those warning about the risks of such lending. Powell’s colleague on the Fed’s board of governors, Lael Brainard, also has sounded increasing concerns about the market segment.

Powell did acknowledge that regulators are, in his words, “working to stitch these parts together so we can collectively see that larger picture and the risks it holds.” The Securities and Exchange Commission is looking at the potential for liquidity strains at mutual funds, and the Commodity Futures Trading Commission is working to understand the use of derivatives to hedge risks associated with leveraged loans.

Since most of the CLOs are not held by U.S. banks, the Fed is working with the Financial Stability Board in determining the size of the global leveraged loan market and the holders of the loans, Powell said.

8.6 Questions to Ask Yourself to Know When to Trust Your Instinct

When we say we knew something in our gut, we’re not just talking metaphorically.

Husband-and-wife microbiologists Justin and Erica Sonnenburg, Ph.D.s, run Stanford University’s Sonnenburg Lab, which studies intestinal microbiota, and are the co-authors of The Good Gut: Taking Control of Your Weight, Your Mood, and Your Long-Term Health. As they explain, our brain and gut are connected by a vast network of neurons, chemicals and hormones. When we walk into our partner’s or boss’s office to discuss the latest sales figures, take one look at their gloomy expression and feel a tightening in our intestines, that’s evidence of the brain-gut axis in action.

Current research shows the axis works two ways, with the bacteria in our gut actually sending signals to the brain that affect mood and our worldview.

Besides being a strong argument to eat more probiotic-rich food like yogurt, kimchi and sauerkraut, this research suggests those gut feelings are smarter than we might suspect.

Related: Go With Your Gut: The Science of Instinct

Know when to trust your instinct.