Want some good news? S&P 500 is positive YTD and it is May. You have to go back to ’90 last time that happened and the full year didn’t sport a total return that was positive. In fact, since ’70, the full year has been green 35 out of 36 years that saw the SPX up YTD in May (@RyanDetrick) 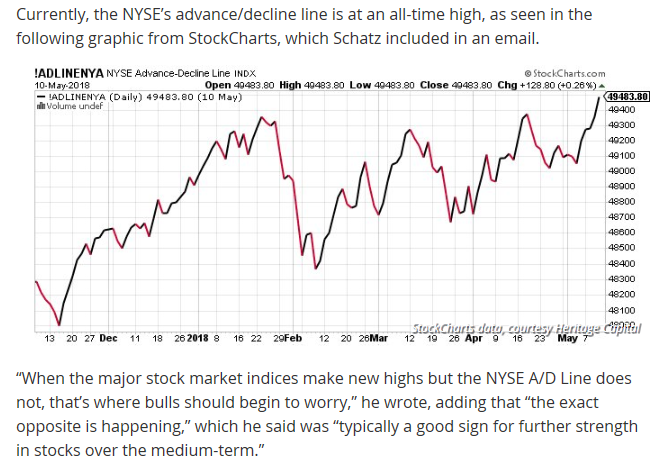 Historically, the combination of higher valuations and lower unemployment has been unfavorable for stocks, with negative returns on average over the following 1-year through 5-year periods.

Does that mean that the S&P 500 has to go down from here? No, these are just probabilities and tendencies; there are always exceptions.

But it does mean that investors probably shouldn’t view a low Unemployment Rate as a bullish sign for stocks. The evidence seems to suggest that the opposite may be true. 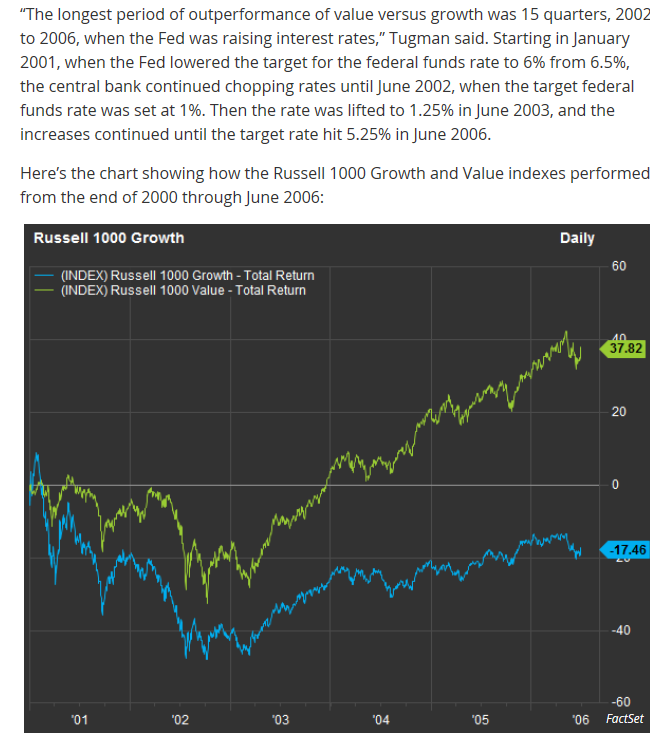 4.Top 10 Has Talked at Length About Buyback Quiet Period Before Earnings Now Rolling Off…….Who Spent the Most on Buybacks?

S&P 500 companies that have reported earnings for the first three months of 2018 bought $158 billion of their own stock in the first quarter, according to S&P Dow Jones Indices. That is on pace for the biggest amount in any quarter, based on data going back to 1998 – The move has been fueled in part by a new tax law that is freeing up cash and encouraging companies to bring back money held abroad.  Cash-rich businesses are also raising dividends swiftly. S&P 500 companies are on pace to have returned almost $1 trillion to shareholders for the 12 months through March through dividends and buybacks.

Of the 20 S&P 500 companies that spent the most on buybacks over the first quarter, nearly three-quarters have outperformed the index so far this year. The group has risen an average of 5.2% in 2018, compared with the S&P 500’s 1.9% gain, according to WSJ.  Clearly the “Buyback ETF”, PKW, is weighted wrong, as it has well underperformed da Spooos YTD

From
Dave Lutz at Jones Trading

5.Maybe All the Tax Cuts are not Going to Buybacks and Dividends…..Capex Highest Since 2010-11 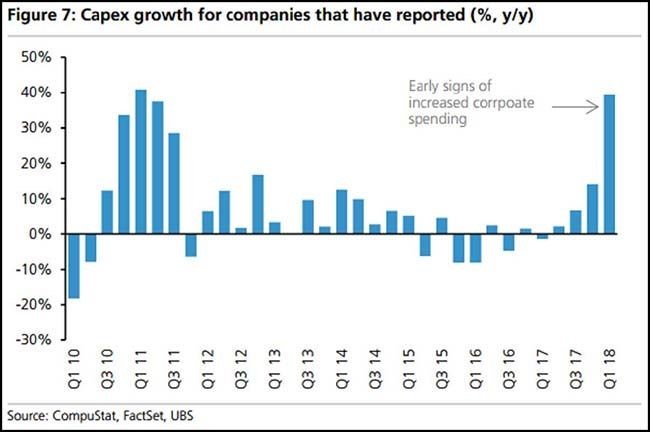 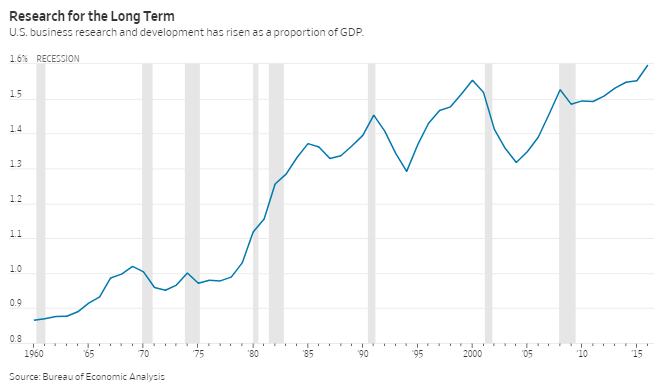 What’s the Fastest-Growing ETF So Far in 2018? USFR

According to a May 2, 2018, article from ETF.com,1 there have been more than 100 exchange-traded funds (ETFs) that have more than doubled their asset totals since the beginning of 2018. However, the fastest-growing one, on a percentage basis, comes from the fixed income universe: the WisdomTree Bloomberg Floating Rate Treasury Fund (USFR).

The fastest-growing ETF year-to-date coming from the fixed income space may catch some observers a bit off-guard, especially considering the fact the Federal Reserve (Fed) is tightening monetary policy and the U.S. Treasury (UST) 10-Year yield has risen by, at one point this year, almost 100 basis points. The former observation is the key factor behind this asset explosion of 5,000% through the first four months of 2018. It seems to be no coincidence that this surge has occurred against the backdrop of the Fed picking up its pace of rate hikes and providing forward guidance that additional moves are anticipated for both 2019 and 2020, according to the Fed’s  projections. In other words, investors have been searching for solutions to help mitigate interest rate risk in their bond portfolios, and USFR recently has been discovered as an ideal strategy to achieve such a goal, no doubt resulting in this eye-opening pace of growth. 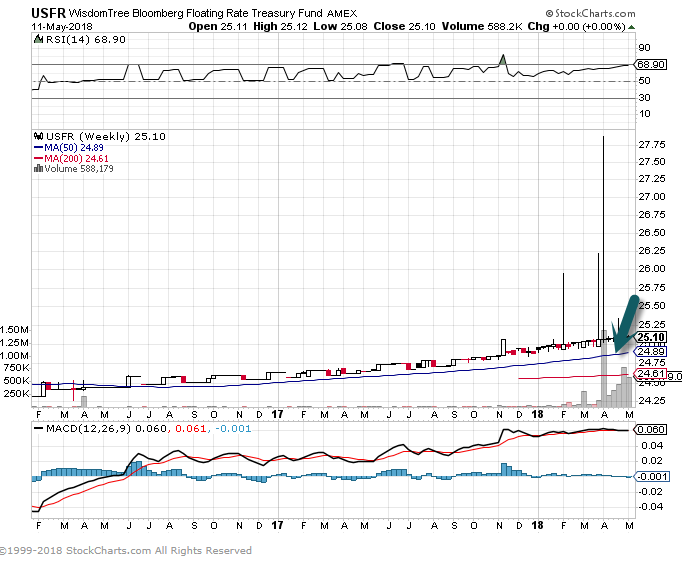 Below is a chart showing the average 1-day price change in reaction to earnings by quarter since 2001.  As shown, this quarter’s reading of +0.49% is actually set to be the strongest since the Q4 2014 reporting period when the average stock gained 0.55% on its earnings reaction day.

Even though expectations for earnings have gotten dramatically more optimistic over the last year, stocks have still managed to react positively to their earnings reports for three consecutive quarters. 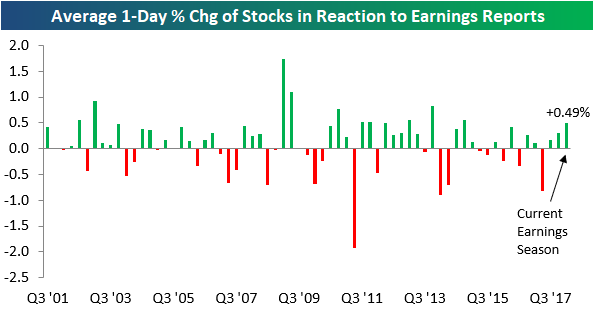 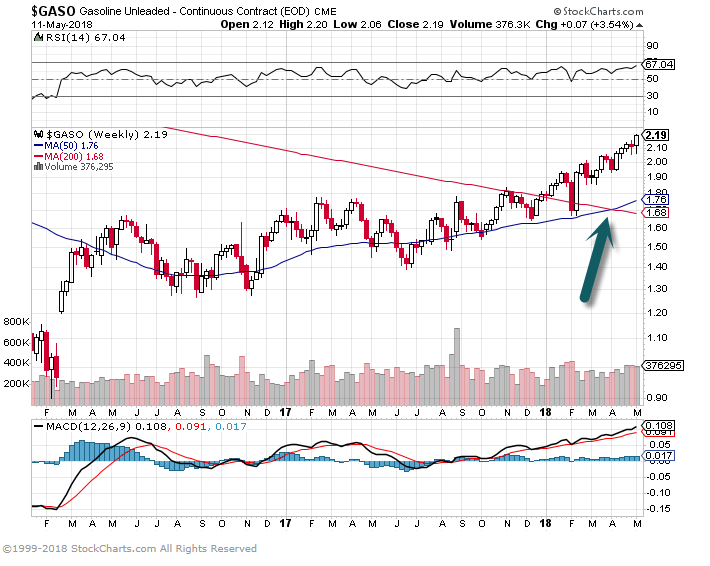 What’s more, the pipeline of apartments under construction is leveling off from a 42-year high reached at the start of 2017. And the number of multifamily units authorized but not yet started also is cooling as builders attempt to calibrate the supply.

While new multifamily-home construction and permit applications are both still rising, there’s less incentive to keep building with as much intensity. By 2016, multifamily starts had recovered 96 percent of the ground lost during the downturn, while the single-family market was just at 45 percent, according to a report this month from Dodge Data & Analytics, which provides construction-industry data. 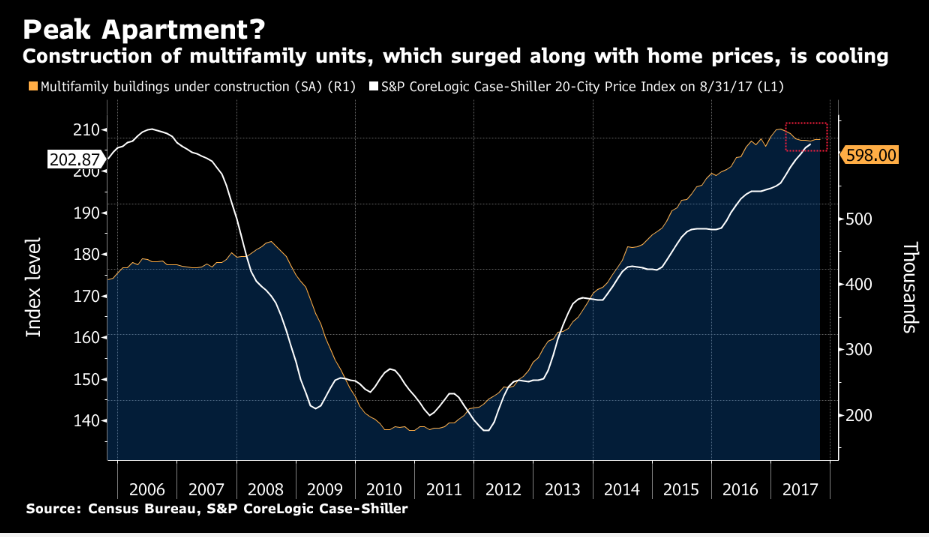 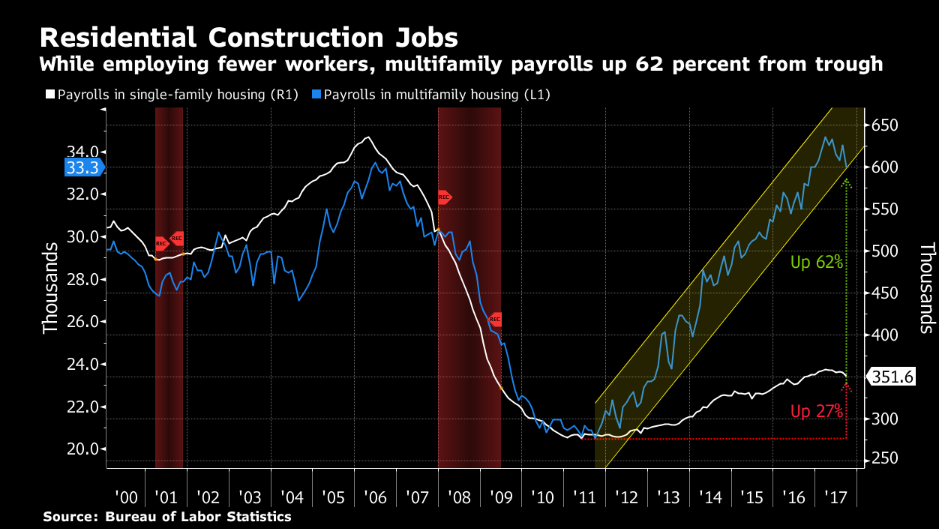 10.You Don’t Know Your Weaknesses.

“Oh, I pretty much know my strengths and my weaknesses.”

If we had a dollar for every time we’d heard this from an executive we were coaching, we could have retired a long time ago. When probed, they often proclaim that while they might not recognize all their strengths, they are confident about knowing their serious weaknesses.

And yet what we see when we administer 360-degree feedback surveys on behalf of these leaders is that the executives with really low scores in one or more areas are often completely unaware of their fatal flaws. They are shocked to find themselves scoring so low — even though approximately 30% of all the leaders we’ve studied have at least one fatal flaw.

Let us explain what we mean by a “fatal flaw.” Everyone has weaknesses, but over the course of administering assessments to tens of thousands of leaders, we have found that most of the time that mild weaknesses do not impact a person’s overall effectiveness. Thus, while leaders usually aren’t aware of their weaknesses, this doesn’t hurt them.

Fatal flaws, however, are different. These are weaknesses that are so extreme that they can have a dramatic negative effect on a leader, seriously hampering their contribution to the organization and their career progress. Everyone else can see this clearly; but the person with the fatal flaw almost never does. And here, that blindness has a steep cost.

Our data shows that someone who is perceived very poorly on any single, important leadership trait pays a high price.  If their score is in the bottom 10 percent on one key skill, they will rank in the bottom fifth overall — no matter how strong their other strengths are.  Bottom line, leaders don’t need to be extremely good at everything, but they generally cannot be totally void in one area and still succeed.

Why Weaknesses Are Hard to Self-Diagnose

Why are weaknesses and fatal flaws so hard for us to spot in ourselves?  Here’s our theory. Strengths are seen as a direct outcome of some specific behavior exhibited by the leader. For example, they are extremely effective at solving problems and can point to specific instances where their quick thinking saved a project. Or they’re extremely good at marshaling their team to produce excellent work,  and have seen the impact in the form of happy clients or industry awards. The leaders recognize something they do that produces a positive reaction, followed by a positive business outcome.

Weaknesses — especially fatal flaws — are the opposite. Fatal flaws are “sins of omission.”  They’re a result of inaction, of the leader not doing something. In our assessments, some of the fatal flaws we see most often are a lack of strategic thinking; not taking responsibility for outcomes; and not building strong relationships. We occasionally do find leaders whose fatal flaws are “sins of commission” — like a boss with a terrible temper, or an executive who lies — but those people are (fortunately) very rare.

Because most fatal flaws are sins of omission, they are harder for to see in ourselves. The result, after all, is not visible. It’s a deal that never happens, or a project that doesn’t exist. These leaders are simply not making things happen.

There are several ways you can learn to identify your weaknesses, and start to figure out whether they are serious or mild.

You can start by finding a “truth teller” who will share honest feedback with you.  Our data shows that a large number of colleagues know about or see firsthand a serious failing in their colleague.  Such people just need to be found — and encouraged to speak.  They have to believe that you genuinely want honest information.  If they begin to convey the truth in a cautious, tentative way, encourage them to open up by being proactively receptive. Your reaction will allow you to hear the complete story.

If that doesn’t work, consider hiring outside help.  We wish we could tell you that you could simply think your way to greater self-awareness, but the truth is, that’s really hard to do. If your company doesn’t offer coaching or 360-degree feedback (we may be biased, but we do think it’s the best way to improve self-awareness), consider hiring a coach or therapist on your own. (Therapy is often covered by health insurance, while coaching is not.) This person may be able to help you gain a better understanding of your weaknesses and find ways to remedy them.

Think about it. If roughly one-third of leaders have a fatal flaw and you are sitting in a management meeting, look to your right and then to your left. As the old joke goes, if in your opinion, neither of these two colleagues has a really serious weakness, then the laws of statistics suggest that you do.