1.Up in Smoke-Weed Growers Have Major Problem.

“When the industry starts to move toward commoditization over the next decade,” says Henderson, “Colombia is the only place that makes sense.” An equatorial climate and low-cost, skilled labor give Colombia a clear advantage in agricultural trade. And that makes the nation a threat to North American companies like Canopy Growth (ticker: CGC), Tilray (TLRY) andAurora Cannabis (ACB). These firms have invested hundreds of millions of dollars in building the climate-controlled grow-operations needed to grow weed in cold latitudes.

Most Canadian companies nurse the long-term hope of getting their production costs below two Canadian dollars per gram of cannabis. Colombian producers say their costs will start well below 50 cents a gram—and go down from there. 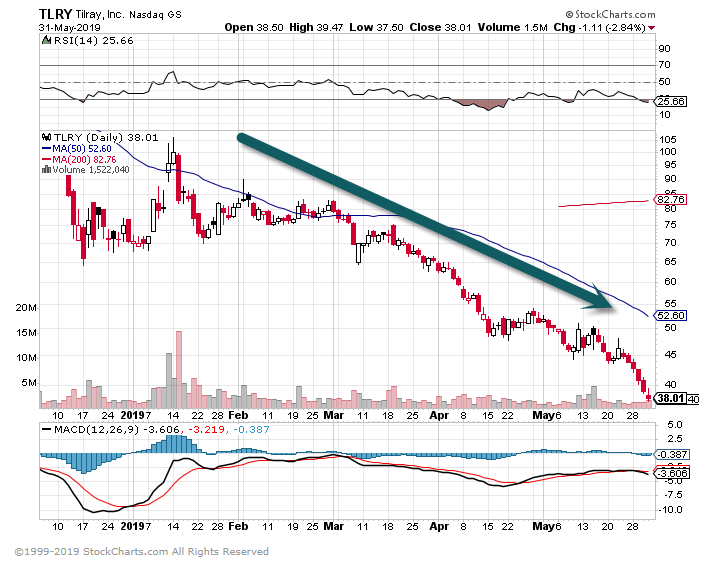 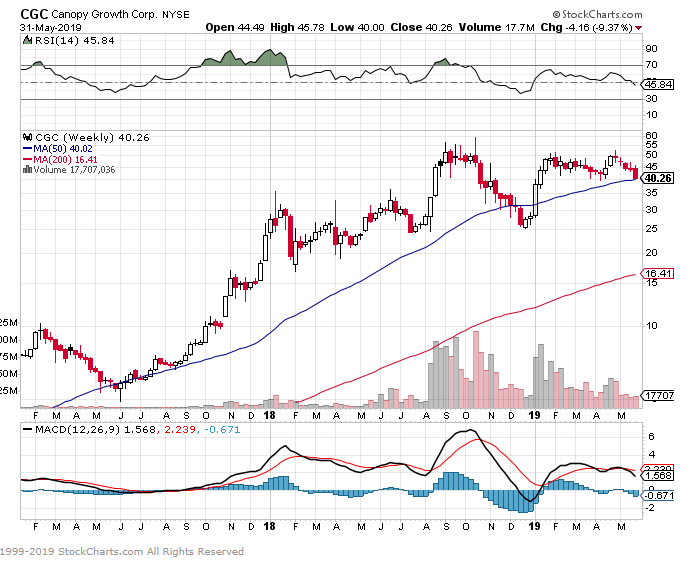 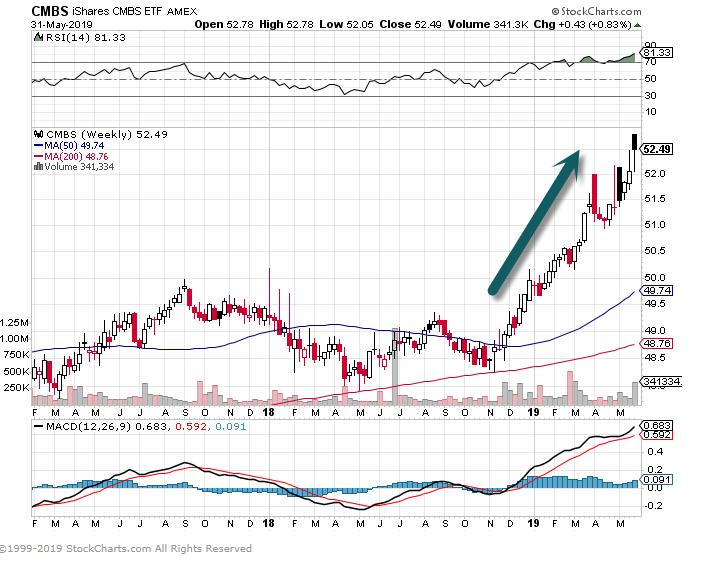 CMBS issues are usually structured as multiple tranches, similar to collateralized mortgage obligations (CMO), rather than typical residential “passthroughs.”[citation needed] The typical structure for the securitization of commercial real estate loans is a real estate mortgage investment conduit (REMIC), a creation of the tax law that allows the trust to be a pass-through entity which is not subject to tax at the trust level.

3.Some Details on Factors in Pullback. 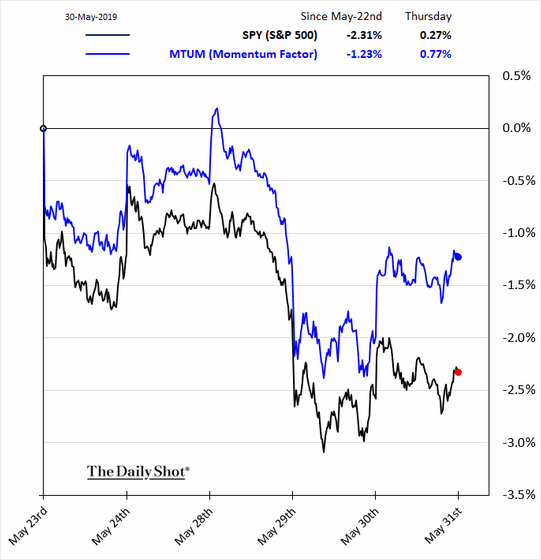 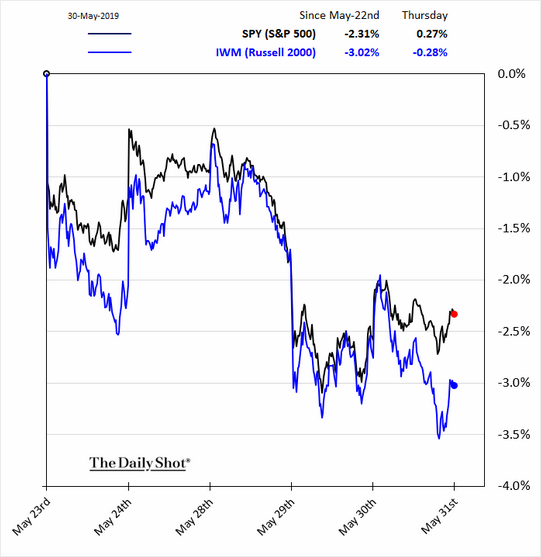 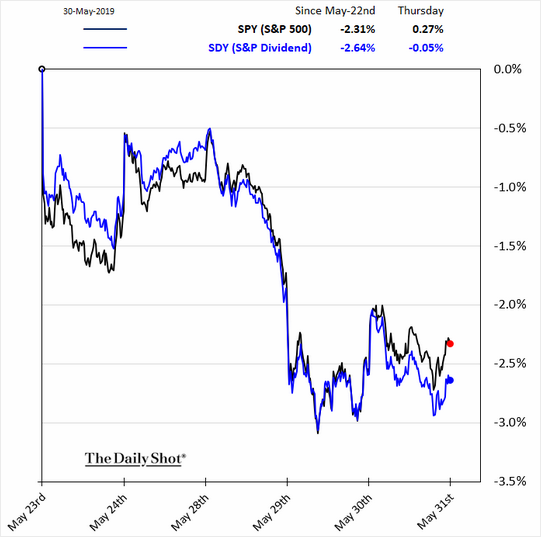 High-dividend shares are now trading at a discount to the broader market.

4.Has the World Hit Peak Car? 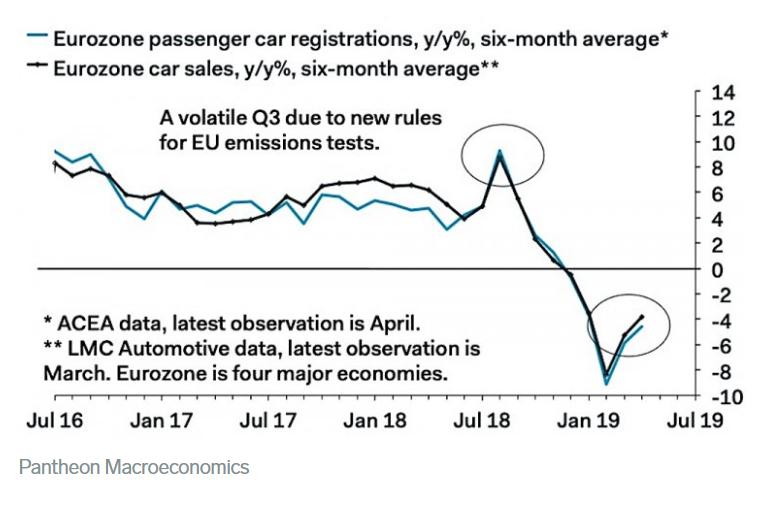 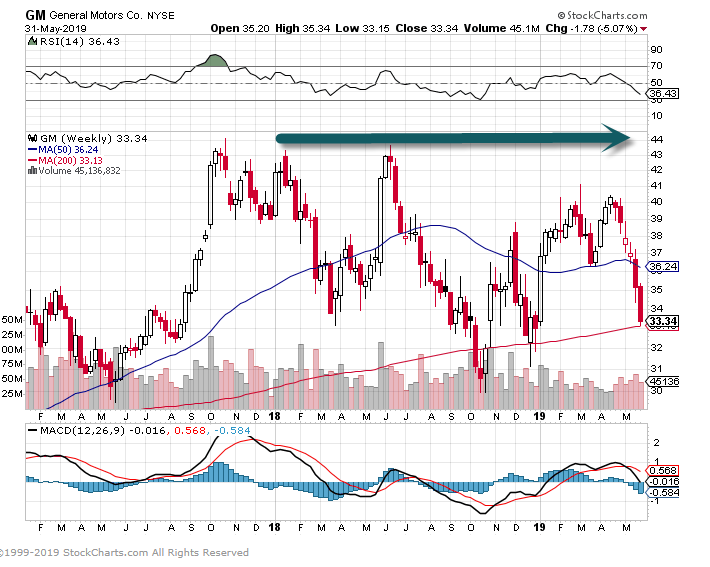 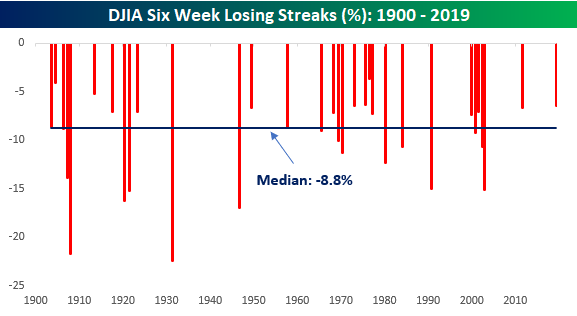 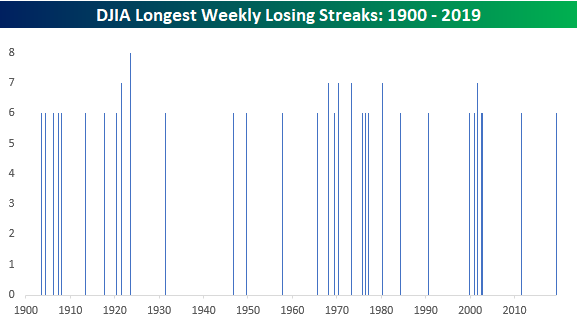 (Reuters) – Impossible Foods, which makes a meatless plant-based burger and is backed by celebrities like Serena Williams and Katy Perry, said on Monday it has raised $300 million in the latest round of funding ahead of a possible initial public offering.

The fundraising underscores the growing appeal in plant-based food that tries to taste like meat with fewer environmental or health risks. Shares of competitor Beyond Meat Inc, which debuted on Nasdaq on May 2, have more than tripled.

The latest round for Impossible Foods brings the Silicon Valley-based startup’s total raised to more than $750 million. Despite encouraging signs from investors, it is not in a hurry to go public, Chief Financial Officer David Lee told Reuters.

“We believe in self-reliance. Being ready to go public is a priority for the company because we need to be operating at the highest level of rigor,” Lee said.

“But we are not in a rush, nor are we announcing an IPO filing.”

The fifth equity funding round since its launch in 2011 values Impossible Foods at $2 billion, according to sources familiar with the matter. By comparison, Beyond Meat had a market capitalization of just under $1.5 billion in its IPO but now tops $4 billion.

Lee said Beyond Meat’s successful IPO did not change Impossible plans or timing to go public but was a “validation.”

“I think their (Beyond Meat) IPO indicates that retail investors along with retail consumers are ready for something better than the meat they’ve been eating for decades,” Lee said.

Impossible launched its first faux meat patty over two years ago. A genetically modified yeast creates the key ingredient, called heme, which makes the patties appear to be bloody and juicy and taste like real meat unlike conventional veggie burgers. Ingredients include wheat, soy and potato proteins.

Impossible Burger is sold at more than 7,000 restaurants worldwide including White Castle, Qdoba and Red Robin and at Disney theme parks.

Impossible plans to launch its products in retail outlets in the second half of this year. Lee declined to give a more specific timetable or identify those partners but said the company is actively talking with “top grocery chains in the nation.”

Beyond Meat’s products are already sold at Whole Foods and Safeway stores.

As consumer appetites grow, competition is heating up in the global meat-substitute market, which is projected to reach $5.81 billion by 2022, according to a 2018 study by Grand View Research.

Tyson Foods, the largest meat processor in the United States, will roll out meatless protein products in the coming months while McDonald’s Corp began selling vegan burgers in Germany.

“We don’t lead with the source of guilt that meat eaters have globally. We lead with what they want positively which is craveability with better options for the environment and their health,” Lee said.

“It’s the craveability that makes meat eaters find their own reason to come back for Impossible Burger.”

9. The Power of Perspective Taking

How leaning in can expand our worldview and deepen our relationships

Perspective taking allows for the growth and further application of our own knowledge by expanding our own perspective. It is the equivalent of seeing life as if through a tunnel and having someone break down the sides of the tunnel to create a more expansive perspective on life. Multiple perspectives are crucial to gain a full understanding of a concept, experience or environment.

The benefits of perspective taking include:

The most important point is to recall that we each have a unique perspective on life, and that each of these perspectives has value – like providing a multi-dimensional view on a single topic. When we take the time to understand and respect the perspectives of others, we are able to better serve them AND we accelerate our own personal and professional growth.

3 Choices that Deepen Your Worldview and Relationships Using Perspective Taking:

“I understand” are two of the most powerful words you can usher, personally and professionally. Whether we believe in the power of our daily rituals or hold a powerful world-shifting viewpoint, acknowledging and respecting the perspectives of others is the tool that fuels the depth, value, and meaning of our contribution to and relationships with them.