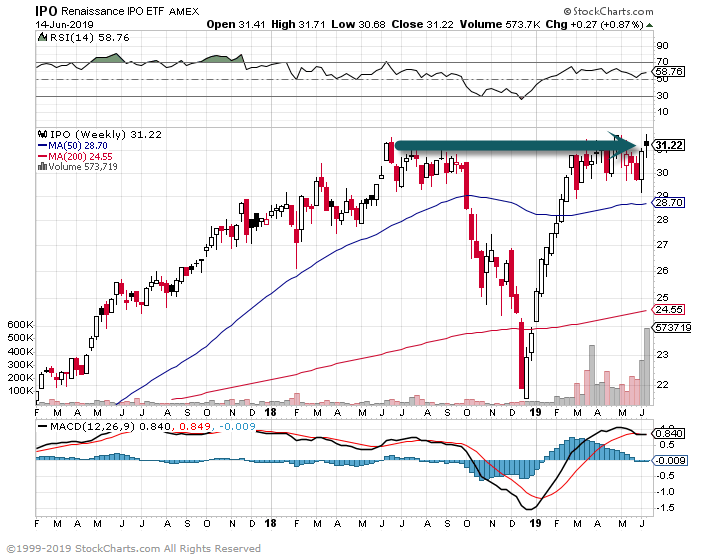 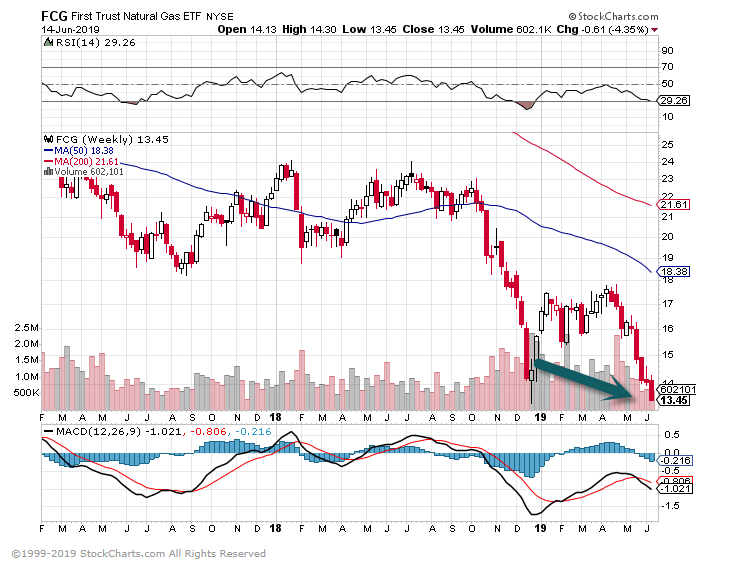 15% of Junk Bonds in Energy Sector. 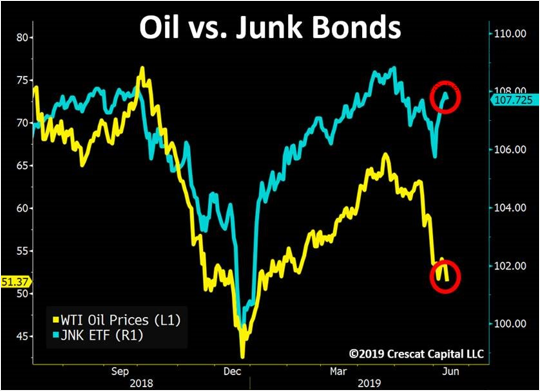 From The Daily Shot 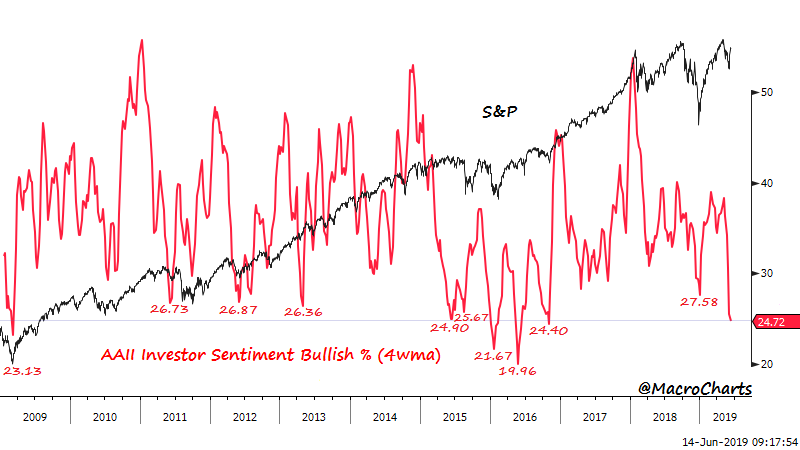 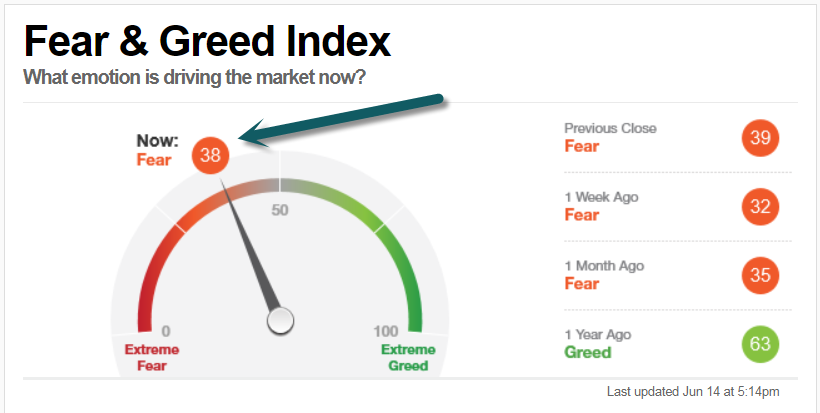 That messaging apps have increasingly become our go-to mode of communicating isn’t a revelation, but the idea that encryption is becoming the norm is striking.

Meeker’s numbers show that in the first quarter of this year, 87% of global web traffic was encrypted, up from 53% just three years ago. 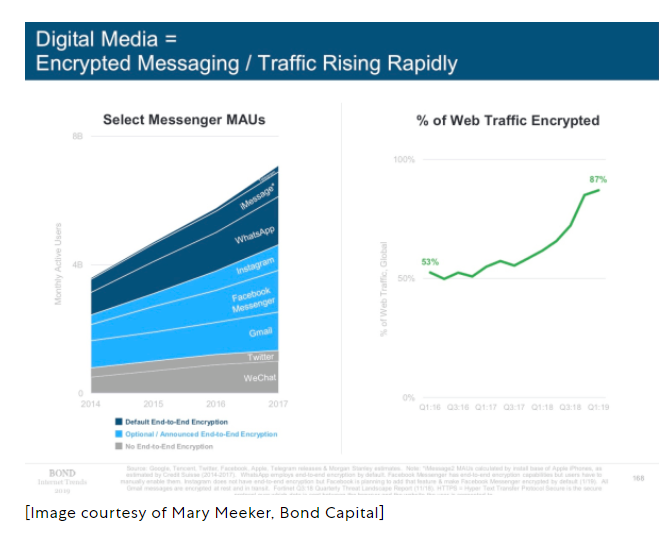 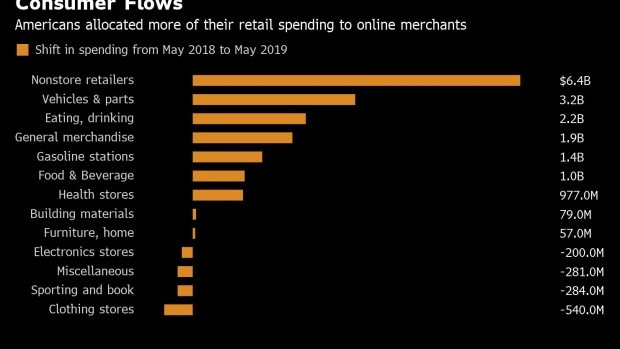 But, just how concentrated are the gains? The dominance of online merchants is becoming increasingly clear. In the past year, Americans’ boosted spending to “nonstore retailers” while clothing, food & beverage and building-material stores felt the brunt of consumers’ changing habits.

Spending at nonstore retailers, mostly Internet merchants, increased by $6.4 billion from a year earlier to $62.04 billion on an annualized basis. The nonstore retailer category is now a larger spending category than restaurant and bars.

Given the pace of growth, nonstore spending will likely pass food and beverage — mainly grocery stores — spending soon and move to the second largest retail category behind vehicles and parts.

To contact the reporter on this story: Alex Tanzi in Washington at atanzi@bloomberg.net

To contact the editors responsible for this story: Alex Tanzi at atanzi@bloomberg.net, Wei Lu

Political support for taming deficits has melted away, with Republicans accepting bigger deficits in exchange for tax cuts and Democrats making big spending promises around 2020 election campaigns. Global demand for U.S. Treasury assets has displaced the “bond-market vigilante” mentality of the 1990s that scared Washington.

Debt as a share of economic output has more than doubled over the past decade. Deficits, after falling in the expansion’s first six years as a share of the economy, are rising again, approaching $1 trillion a year.

The opposite has happened. While government debt soared after the 2007-09 financial crisis, 10-year Treasury yields have fallen to near 2% from more than 5% in 2006, holding down government interest payments. U.S. business debt rose to $15 trillion in 2018 from $9 trillion in 2006. 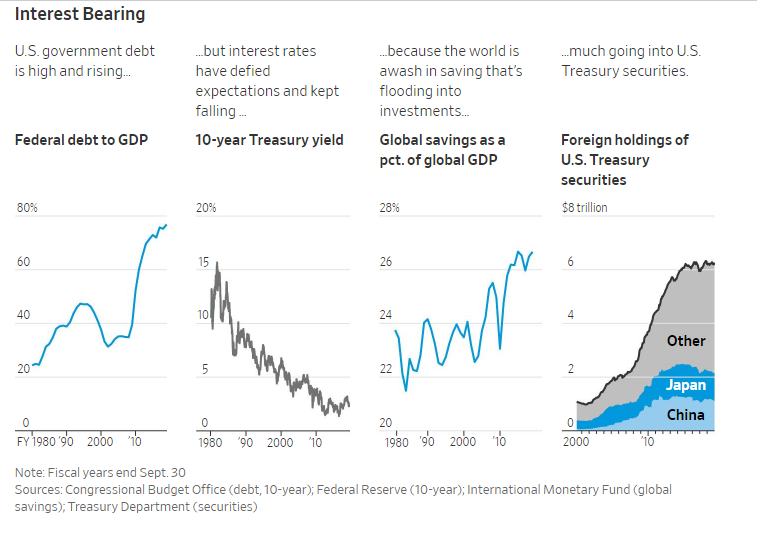 How Washington Learned to Love Debt and Deficits

Political support for taming federal debt has melted away, and the U.S. is testing just how much it can borrow

The housing market looks a lot different today than it did a couple generations ago.

That’s something that more and more millennials, the group between the ages of 23 and 38, are discovering firsthand every day, whether they’re renting their first apartment or already on to their second purchase of a house.

Why is the housing market so different for millennials compared to the one their parents and grandparents faced?

In large part it’s because of how much housing costs have risen, but it’s also because of the student debt with which many members of the generation are saddled. Some 70% of recent college graduates finish school with an average of $29,800 in debt to repay, plus the inevitable interest.

Here are nine surprising facts about the millennial housing market that put it in perspective.

Housing prices have soared by nearly 40% in the past three-plus decades, far outpacing wage increases and making homeownership much more of a challenge for today’s buyers. The increase is even more dramatic the further back you look: Today’s average home price is more than 70% higher than what a buyer faced in the 1960s.

Rent prices are up nearly 50% over the last half century

While traditionally renting an apartment or house while saving up to buy your own residence was once a logical approach, since the 1960s, average rent rates have increased by 46%, meaning just affording a rental is harder than ever, let alone saving up to buy.

Super commuters are those who travel more than an hour in each direction to and from home and work. In order to find homes they can afford while sticking with a job, many millennials are buying residences in the exurbs and accepting a daily commute of two or more hours.

In 2017, millennial homeowners accounted for an impressive 18% of total homeownership in Birmingham, Alabama. That was a dramatic increase over the 11.9% of the homes owned by millennials just one year before in 2016.

Contrary to the misconception that fewer and fewer millennials are buying homes in major metro areas, themajority of the nation’s top 50 housing markets have actually seen increases in millennial homeownership in recent years.

In some markets, homes built before 2012 are selling at close to 50% discounts because they’re too big and spacious for millennials

Most millennial homebuyers are looking for smaller, more manageable properties than the mini mansions so popular a generation before. And they like sleek, simple interiors. The result is a steep drop in the value of many of the homes baby boomers are now hoping to sell as they downsize after emptying the nest or retiring.

According to the Wall Street Journal, homes around Scottsdale, Arizona, that are worth millions of dollars are selling at discounts of close to 50% because younger buyers aren’t interested in all that space.

About a third of millennial homebuyers took money out of a retirement account or even took a loan against the account to pay for the purchase. This trend alarms financial experts, who advise people to be paying into these accounts during these younger working years, not depleting them.

Nearly two thirds of millennial homeowners have regrets about their purchase

According to CNBC, 63% of millennial homeowners report some degree of buyer’s remorse. Their most common complaints are miscalculating the hidden costs of the purchase and the ongoing expenses the home demands.

10. The First 5 Minutes of a Meeting Matter the Most. This Is Exactly How You Should Spend Them

Start your meeting off on the right foot, and you’ll be much more productive.

“How can I get my team to engage? I’m doing everything right, but they’re still just sitting there.”

I was talking with a frustrated leader at a healthcare facility. Her team meetings had always been lackluster, so she’d decided to fix them. She’d scoured the internet for best practices, then worked hard to get organized.

For the past month, she’d sent an agenda in advance of every meeting. She started precisely on time. She’d taken notes and ended on time too. And yet, after she talked through the agenda and they’d heard their first report, her requests for comments were met with crickets. No one had much to add. Many didn’t seem to be paying attention at all.

Unfortunately, while she’d diligently followed all those “best practices,” she’d missed the most important step.

If you want people to engage during a meeting, you have to make that clear up front. Great meetings get everyone engaged within the first five minutes.

Here are four ways to successfully open your meeting, and why it matters.

You can’t have a meeting of the minds if the minds aren’t in the meeting. Remember: Every person invited to your meeting was in the middle of doing something else right before it started. People arrive with minds full of tasks left undone and needs unfulfilled.

A successful opening should capture everyone’s attention. The phones will go dark, the typing stops, and eyes connect.

For example, some leaders welcome everyone at the door. A personal greeting and welcome works just as well in meetings as it does when hosting at home. Teams at Starbucks often pour each other coffee for a short tasting before the meeting begins. Even starting by clearly stating the meeting’s purpose, rather than the logistics, creates more energy.

There are many ways to command the attention of a room, but reading the agenda is not one of them. We do not meet in order to get through an agenda; we meet for a purpose. We meet to create shared understanding, to make decisions, and to set plans in motion.

We meet to make these decisions because we want everyone there to weigh in, to help find the best option, and then to commit to it. If we didn’t need that input or that commitment, we wouldn’t meet.

A successful opening makes the purpose of the meeting — why the meeting matters and why it’s relevant to everyone there — clear. The agenda is the how. Never start with how; start with why.

Then, to cement that purpose for each person, ask for their participation. If your team hasn’t engaged much in the past, don’t assume they know you care about that. After all, they didn’t have to engage before. I’m always surprised when a leader seeking more engagement admits that they’ve never asked for it.

So you’ve captured their attention and worked to make your aspirations for the meeting clear. Now, should you go over the agenda?

No. Not yet. First, you have to prove that you welcome engagement by getting everyone engaged right then and there: Everyone in the meeting should directly engage within the first five minutes.

This is why many meetings begin by going around the room to answer a simple question; it’s neither feasible nor polite to continue texting when a room full of people turns to you for an answer.

Other teams might choose to begin with a few minutes of meditation. This helps clear the mind of lingering distractions, while making it impossible to continue fiddling about with a laptop.

Take a look again at those first three steps, and consider the message you can send in these first five minutes of your meeting.

There’s one more big one: A successful meeting opener should also tell people that it’s safe to speak up in this group. It tells each person that they matter, that they belong, and that the other people there care about what they have to bring to the table. Doing this sets the frame for everything that follows, and the right frame makes meetings more productive and more meaningful.

Knowing you’ll meet with your team once a week, consider the impact that investing in these first five minutes might have on your team’s culture. Then, start experimenting. Don’t worry about getting it perfect on your first try. If you’re clear about your purpose and ask your team to engage with you, you won’t have to get it right on your own. You’re meeting so that you can get it right together.