1.History of Good Starts to June

While we’ve seen the 5th best start to June on record, this is also the best start to any month through seven trading days since October 2011 when the S&P rallied 5.67%.  Below we show all 4%+ starts to a month through seven trading days since 1980.  The most notable takeaway from this data in our view is that the last nine times we’ve seen the S&P gain 4%+ in a month’s first seven trading days, the index has been up over the next week 8 out of 9 times, and it has been up 9 out of 9 times for the remainder of the month.    To access our most actionable market research, start a two-week free trial to Bespoke Institutional. 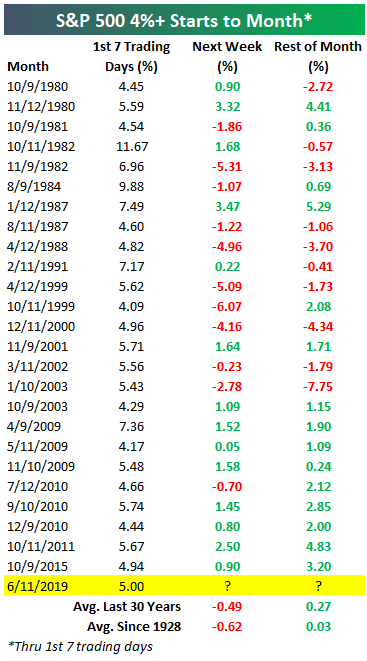 2.Great  to Year in Stock Market Interrupted in May. 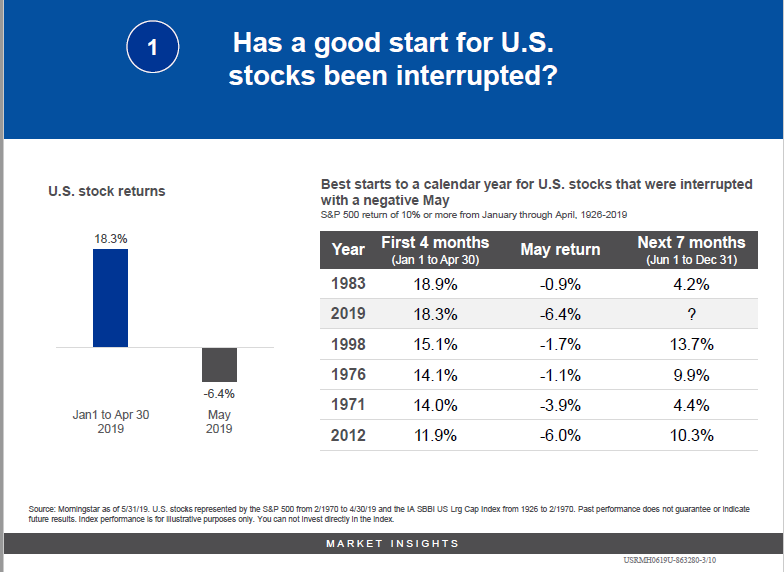 3.10 Year Outperformance of U.S. vs. International Was Similar in 1990s

Perhaps the strongest argument for giving international diversification the benefit of the doubt is that the past 10 years are hardly exceptional, as shown in the accompanying chart. Notice that, though the S&P 500 SPX, -0.03%   is well ahead of the MSCI EAFE index 990300, +0.68%   over the most recent 10-year period, winning over a decade is hardly unique. Indeed, during the late 1990s and the early aughts the S&P 500 was far further ahead of the EAFE for trailing 10-year return. 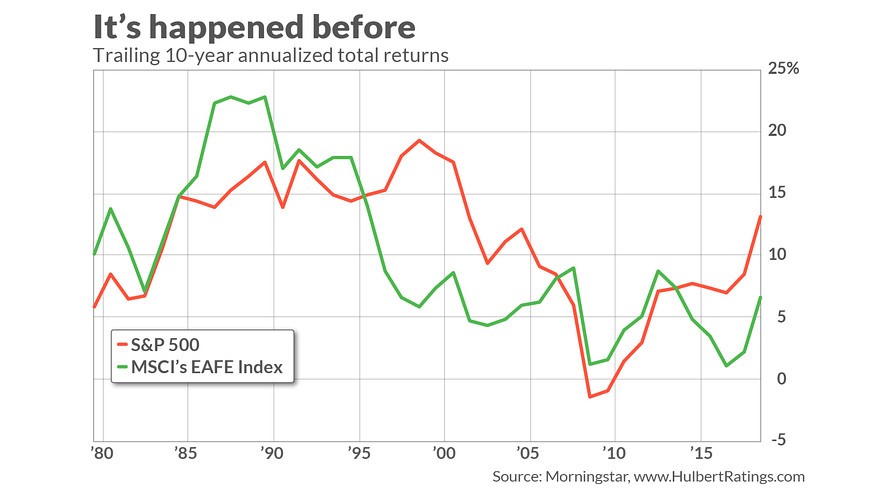 Yet EAFE eventually came back to life. For six straight calendar years — 2007 through 2012 — this index of international equities outperformed the S&P 500.

Clearly, recent experience appears to be unique only to investors with limited memories and no sense of history. At a minimum, therefore, there is no reason in recent performance trends alone to conclude that this time is different.

That said, it is always possible this time is different — that international stocks will never come roaring back and beat the S&P 500. If that’s what you believe, you must base it on something other than these two categories’ recent relative returns.

Data from the US Small Business Administration states that, as of 2018, there were more than 30M small businesses across the US employing almost 59M people (or just under 50% of the American workforce). 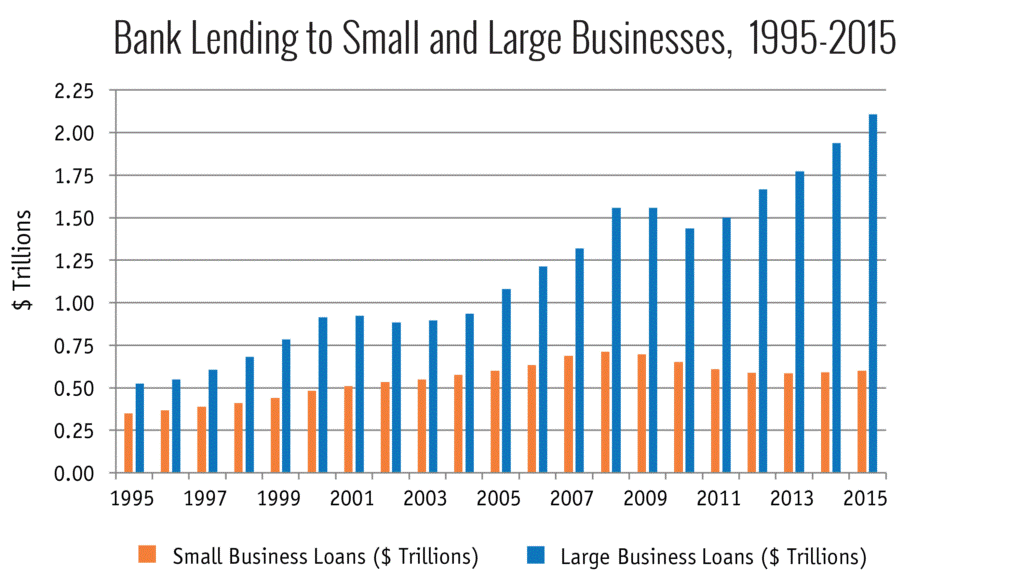 Giving out loans to Amazon merchants in this growing space makes sense for Amazon: if the company can give its third party merchants loans that go back into selling products on Amazon, it’s a win for both sides. Amazon gets the increased business, plus the interest from the loans; the merchant gets the capital they need to grow.

Unlike traditional small business loans, Amazon can automate its payback process, meaning a certain percentage of a merchant’s revenue is taken out to pay back loans. And its streamlined application system — which is based on pulling metrics from a merchant’s Amazon account — makes it easier for small businesses to access financing.

Local governments and financial institutions are encouraged to use special bonds and other market-based financing methods to support key areas and major projects such as the coordinated development of the Beijing-Tianjin-Hebei region and the construction of the Yangtze River Economic Belt.

The notice urged the implementation of debt repayment obligations. The provincial governments shall take full responsibility for the repayment of the special bonds.

It also called for a higher degree of marketization of local government bonds pricing and increasing diversification of the investors.

Institutions such as commercial banks, insurance companies and fund firms as well as individual investors are encouraged to invest in local government bonds, it said. 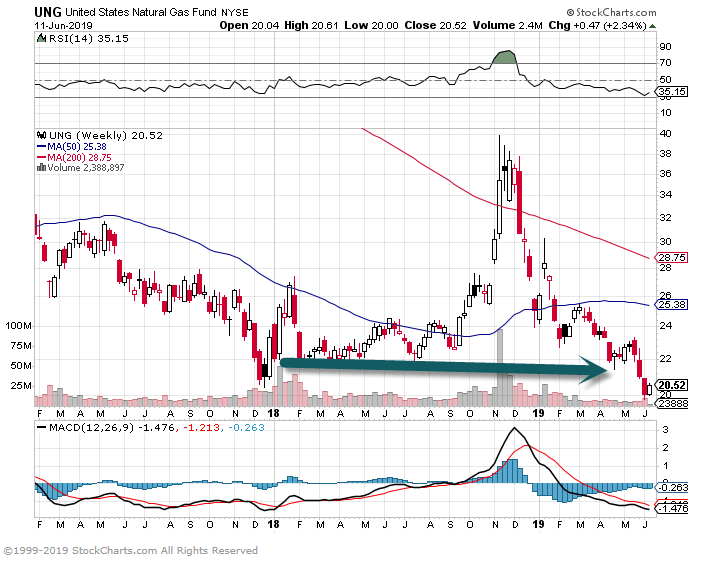 Over 170 shale companies have declared bankruptcy since 2015, affecting $100 billion in debt, including 8 bankruptcies already this year.

Oil prices are off more about 20 percent in the last two weeks on growing fears of a brewing economic recession. Commodities of all types have been hammered by the pessimism.

“Fear of global economic growth slowing,” said Peter Kiernan, lead energy analyst at the Economist Intelligence Unit (EIU), according to Reuters, “afflicting the entire energy complex with worries that demand growth will be bearish this year.” Prices for coal, natural gas and LNG, and crude oil have plunged.

“The continued escalation in trade tensions and broad-based fall in manufacturing…suggest that the downside risks to growth are becoming more prominent,” Morgan Stanley analysts said in a note.

Yet another downturn could not come at a worse time for U.S. shale drillers, who have struggled to turn a profit. Time and again, shale executives have promised that profitability is right around the corner. Years of budget-busting drilling has succeeded in bringing a tidal wave of oil online, but a corresponding wave of profits has never materialized.

Heading into 2019, the industry promised to stake out a renewed focus on capital discipline and shareholder returns. But that vow is now in danger of becoming yet another in a long line of unmet goals.

“Another quarter, another gusher of red ink,” the Institute for Energy Economics and Financial Analysis, along with the Sightline Institute, wrote in a joint report on the first quarter earnings of the shale industry.

The report studied 29 North American shale companies and found a combined $2.5 billion in negative free cash flow in the first quarter. That was a deterioration from the $2.1 billion in negative cash flow from the fourth quarter of 2018. “This dismal cash flow performance came despite a 16 percent quarter-over-quarter decline in capital expenditures,” the report’s authors concluded.

They argue that the consistent failure for the sector as a whole to generate positive free cash flow amounts to an indictment of the entire business model. Sure, a few companies here and there are profitable, but more broadly the industry is falling short. The “sector as a whole consistently fails to produce enough cash to satisfy its voracious appetite for capital,” the report said. The 29 companies surveyed by IEEFA and Sightline Institute burned through a combined $184 billion more than they generated between 2010 and 2019, “hemorrhaging cash every single year.”

Rystad Energy put it somewhat differently, although came to the same general conclusion. “Nine in ten US shale oil companies are burning cash,” the Norwegian consultancy said late last month. Rystad studied 40 U.S. shale companies and found that only four had positive cash flow in the first quarter. In fact, the numbers were particularly bad in the first three months of this year, with the companies posting a combined $4.7 billion in negative cash flow. “That is the lowest [cash flow from operating activities] we have seen since the fourth quarter of 2017,” Rystad’s Alisa Lukash said in a statement.

More than 170 U.S. shale companies have declared bankruptcy since 2015, affecting nearly $100 billion in debt, according to Haynes and Boone. There have been an estimated 8 bankruptcies already this year, with some $3 billion in debt restructured.

“Frackers’ persistent inability to produce positive cash flows should be of grave concern to investors,” authors from IEEFA and the Sightline Institute wrote. “Until fracking companies can demonstrate that they can produce cash as well as hydrocarbons, cautious investors would be wise to view the fracking sector as a speculative enterprise with a weak outlook and an unproven business model.”

The industry kept humming along over the past few years, riding out multiple downturns due to periodic reinjections of capital from Wall Street. But, investors are beginning to sour on shale drillers. Very little fresh capital has been raised by shale companies, either from new equity or bond issuance, since late last year, according to IEEFA and Sightline.

The industry now finds itself at a cross roads. With capital markets beginning to shun shale drillers, consolidation is likely the direction the industry will take. The best bet for struggling companies now is to find a willing buyer.

But several oil majors have recently said that shale drillers are fooling themselves with their asking prices. “Most of the things we see tend to look overpriced, and we have tried to maintain cool heads,” Royal Dutch Shell’s CFO Jessica Uhl said on Tuesday, according to Argus Media. Exxon’s CEO Darren Woods echoed that, saying last week that there is “not always alignment among buyers and sellers.” ConocoPhillips’ chief executive Ryan Lance said there are “a lot of bid-ask issues in the market today,” adding that an “expectations change” will be needed before more M&A can occur.

The renewed plunge in oil prices may inject a dose of reality into the shale sector. With WTI back in the low-$50s, the pressure on struggling drillers may intensify. By Nick Cunningham, Oilprice.com

In its relentless pursuit of oil, the shale industry burns more and more gas into the air. This wasted gas exceeds the yearly demand of nations such as Colombia. Read… The Gas Flaring Crisis in the US Oil Patch

Enjoy reading WOLF STREET and want to support it? Using ad blockers – I totally get why – but want to support the site? You can donate “beer money.” I appreciate it immensely. Click on the beer mug to find out how: 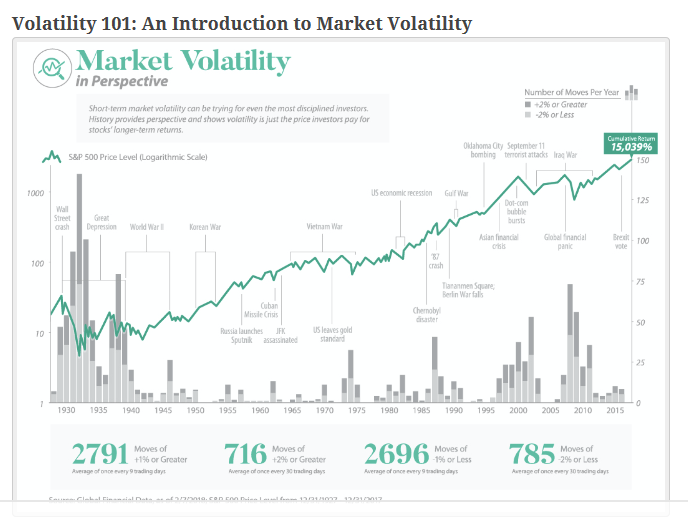