As Springsteen Takes Off on Broadway, Investors Got Blinded By the Light

Blinded by the Light

I recently watched Springsteen’s fabulous Broadway performance on Netflix, having seen The Boss over 20 times myself, it still was unreal to hear him tell personal stories around growing up and his career.  As I watched one of the most volatile stock market year ends in history, I couldn’t help but apply investors psyche to a Springsteen song.  Most investors got Blinded by the Light, it was just too easy, buy FANG stocks, buy S&P index, buy anything.  After 2017 being one of the least volatile years in market history including no drawdown of S&P over 3% versus historical annual average drawdown of 14%, the market sent a giant wake-up call that investing is always emotional including an all-time record almost 3% Christmas Eve smack down.  Here’s the good news, it seems she (market) is going to make it through the night as she always does, it’s not 2008 or anything close, we have some wood to chop in the short-term but valuations are reverting to mean.

2018 was a historic year for financial markets in more ways than one-first time in 27 years that stocks and bonds were both negative in the same year, worse stock market December since 1931, over 90% of investable assets were negative in 2018, and no asset class returned over 5% for the first time since 1974. 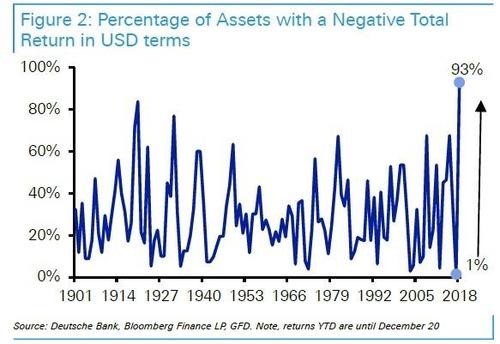 Investors felt pain this year across the board as diversified portfolios were nowhere to hide, in fact some well diversified holdings returned less than the S&P due to exposure to bonds, commodities, international stocks and U.S. small cap stocks.  Three of these groups were down more than the S&P and most bonds were flat to negative.  The tradtional 60/40 model was negative for the year with returns coming in 13% below historic median, if you’re 60/40 was global returns were even lower.  Target Date funds are popular and growing especially in 401k plans, see below as they are posting first negative returns in 10 years.

3.CITI Checklist for the Stock Market.

“For now, we are reassured,” said Robert Buckland, chief global equity strategist at Citi, in a report. “The checklist is telling us to buy this dip. Sure, returns will be lower and volatility higher, but this bull market is not finished yet.”

4.Are German Imports Pointing to Slowdown in China? 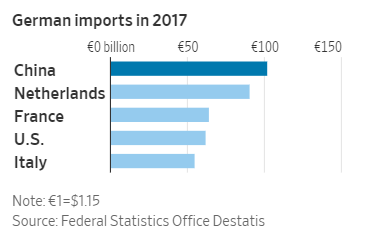 BERLIN—Concerns are rising in German boardrooms about the impact of the economic slowdown in China on its largest European trading partner.

German industrial robot maker Kuka AG on Friday became the latest German company to warn that China’s cooling economy is affecting the company’s business. It cited uncertainties in the Chinese automation market as one reason for what it said would be lower-than-anticipated sales and a slimmer profit margin in 2018.

German companies are among the most heavily invested foreign players in China. For years, German midsize engineering firms have been delivering the capital goods that China needed to power its factories and build its infrastructure as its economy was growing at breakneck speed. 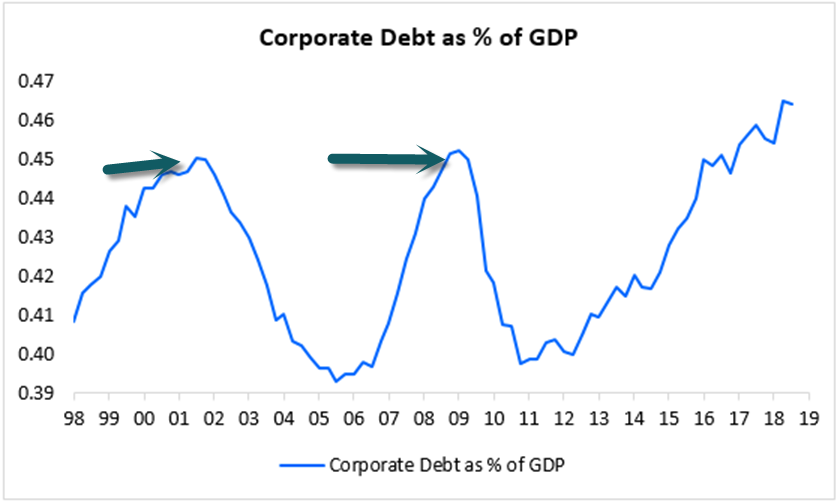 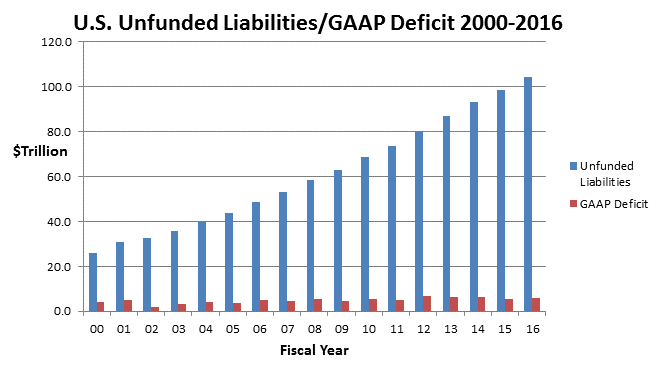 Remember in summer 2016 when you had that great idea for a startup but ended up playing hours of Pokémon Go instead? You’re not alone.

According to recently released Census data, new business formation in 2016 was “well below historical norms,” said Sean Parker’s Economic Innovation Group. For example, the 433,000 new companies founded in 2016 was 125,000 fewer than the number of startups launched in 2006. 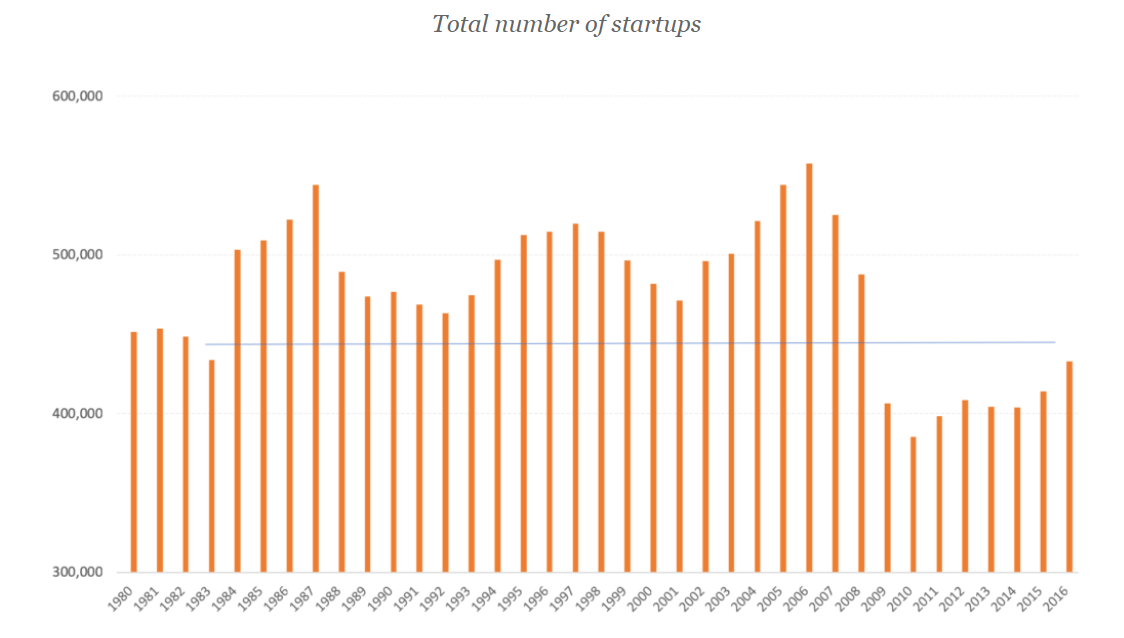 Tell us what’s going on, EIG: “The post-recession period remains one of the least disruptive in modern economic history.” You can thank a combo of demographic factors (e.g. lower birth rates) and macro factors (e.g. policy, competition, and risk tolerance). 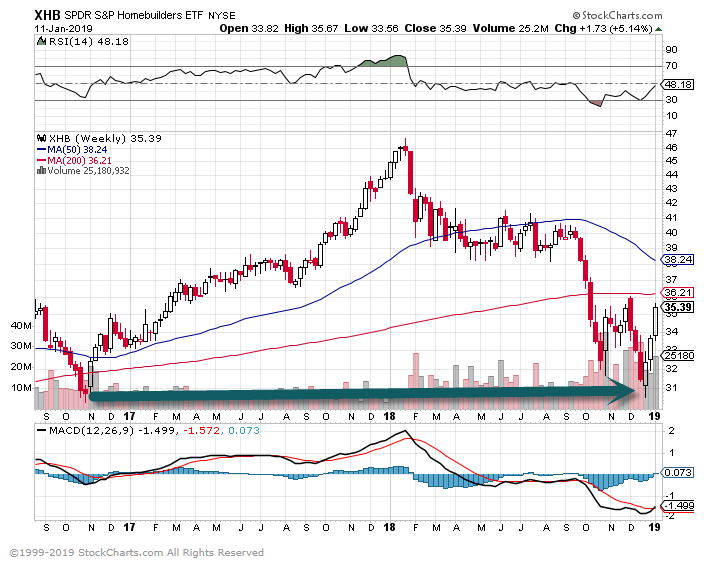 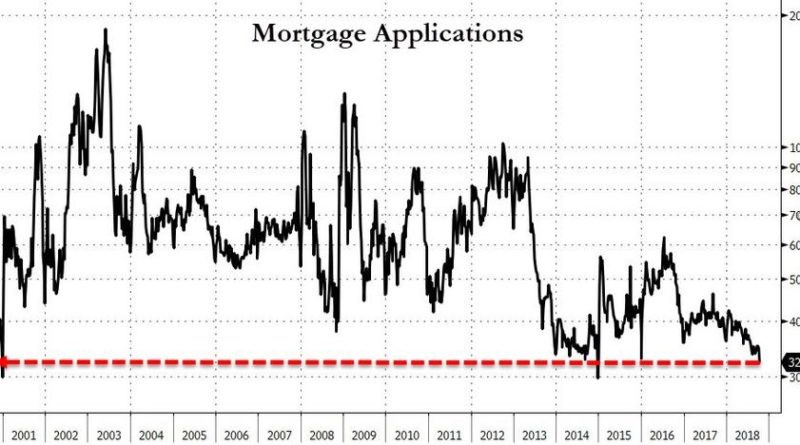 10.Science has recently made big strides in understanding how to be happier and more connected.

Let’s face it, 2018 wasn’t exactly a banner year in good news. The past 12 months were often filled with bitter division, scandals, and a world literally in flames. But while the headlines were often grim, behind the scenes science was quietly chipping away at the question of how we can all live lives full of happiness and meaning amid the world’s many challenges.

The result was a bumper crop of useful and interesting positive psychology findings, 10 of which were recently rounded up by UC Berkeley’s Greater Good Science Center. Some focused on niche interests like teen psychology or education theory, but many offered insights all of us can use to be happier and have more connected lives in 2019.

According to former surgeon general Vivek Murthy, America is in the midst of a loneliness epidemic, with nearly half of the country reporting they feel lonely. So why don’t all those socially isolated folks just go out and make themselves some friends? Political and social factors definitely play a role, but one new study offered a simpler, more direct answer: Making a good friend takes a whole lot of time.

The study, published in the Journal of Social and Personal Relationships, showed that it takes students 120 hours to move from being casual acquaintances to true friends. For adults, the average time was a whopping 164 hours. And, as anyone can tell you, in today’s hectic world, we all feel like we have no time (though science suggests that might be more perception than reality).

So does that mean we’re all doomed to being lonely? Nope, says Greater Good. Instead the correct take away from the study is “a dash of perspective.” Friends don’t just happen. Making them requires a real investment, so don’t be discouraged if the process isn’t fast or easy. And definitely don’t expect social connections to simply fall in your lap.

“Everyone wants to have friends, but you can’t have friends without making them,” the lead researcher sensibly points out.

Much like the study above, this finding from a pair of recent studies initially sounds like bad news. But knowing how much most of us stink at empathy is actually good news if you look at in the right perspective.

The studies asked subjects to interpret other people’s emotions from their expressions and found “the most confident people were often the least accurate at empathizing. The problem is hubris–thinking we understand people better than we do and jumping to unwarranted conclusions,” Greater Good comments.

If you take heed of this science and assume you’re lousy at guessing others’ emotions, you can both work on improving your EQ in the long term and simply ask people more directly how they feel in the short term. That makes for better relationships, and better relationships are central to happiness.

Apparently, it was a bumper year for fascinating findings on loneliness. For another paper published in Nature Communications, researchers had both well rested and sleepy study subjects undergo a brain scan while watching a stranger approach. Tired participants were more repulsed by new people and wanted them to stay farther away. They also reported feeling more lonely.

In short, being sleepy makes us want to avoid people, and in a follow-up experiment the scientists also showed others avoid sleepy people. So while making a true friend will take you more than 100 hours, you can take one simple step toward being less lonely in about eight hours. Just get a good night’s sleep.

It won’t solve all your problems, but it will solve a surprisingly large number of them. “Other studies have shown that healthy sleep affects our relationships by helping us better empathize with others, reduce our prejudices, modulate our anger, and be less susceptible to rejection. These new findings add to that science, demonstrating that a good night’s sleep can help prevent loneliness, too,” concludes Greater Good.

Science has finally confirmed it — hanging out with friends really is less fun when people are looking at their phones.

“A study published in the Journal of Experimental Social Psychology investigated how smartphones influence in-person interactions by inviting over 300 people to share a meal with friends or family at a café. Some people kept their phones out next to them, while others turned their phones on silent and stowed them away. Afterward, they filled out surveys about their experience,” reports Greater Good.

The results are super important but not super shocking. Those who put their phones out of sight enjoyed their meal significantly more and were happier. The bottom line: Hanging out with others just isn’t as fun when phones intrude. Thankfully, taking action on this one couldn’t be simpler. Simply put the damn thing away when you’re with other people.

Last year, the world may often have appeared full of tribalism, crassness, and simple unkindness. But science also suggested a promising way to find back against the nastiness — live in a more diverse neighborhood.

In a series of experiments, researchers showed those living in more racially diverse neighborhoods were more likely to open their homes to strangers in need, more likely to identify with all of humanity rather than their countrymen alone, and more likely to report being willing to help their neighbors.

As Greater Good notes, this isn’t the final word on the issue — other research has suggested contact with people from different backgrounds can push people to become defensive and nasty — but in a year as bitter, tribal, and downright rude as 2018, we could all benefit from hearing these inspiring results.