The annual cost of US entitlement programs is now $7500 per US citizen, see first chart below, and entitlement spending is by far the biggest part of US government spending, currently making up 13% of US GDP, see the second chart. If nothing is done, then these costs will continue to grow over the coming decade. For more discussion of the US fiscal situation see also our latest piece here: http://pull.db-gmresearch.com/cgi-bin/pull/DocPull/16008-9F31/84945046/3923bc52-9f75-11e7-a2a8-c5fd342d2ccc_604.pdf 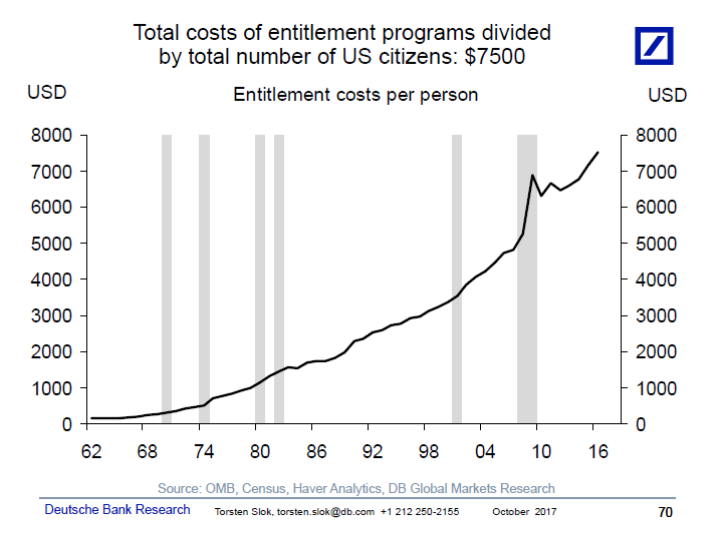 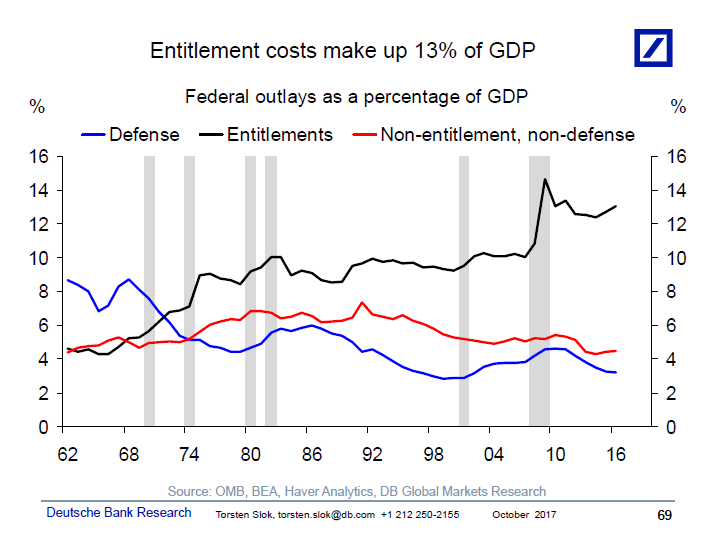 2.This could be the first calendar year ever with positive returns every month 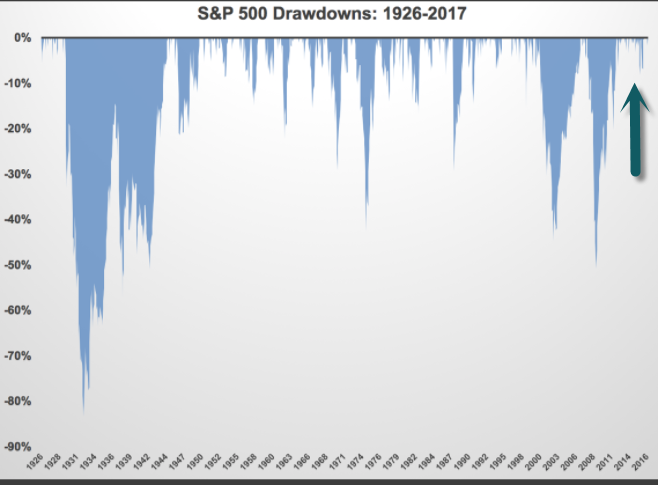 A Remarkable Run for Stocks Gets More Extraordinary

This could be the first calendar year with positive returns every month.

With a 2 percent gain in September, the S&P 500 Index has set a record: positive returns 1  in each of the first 10 months of the year. There’s never been a full calendar year when this has happened every month.

Going back to November 2016, the index has ripped off 12 consecutive monthly gains. The S&P hasn’t had a down quarter since the third quarter of 2015, a streak of eight in a row without a loss. Since the start of 2013, 18 of the past 19 quarters have been positive. And it’s not like stocks are melting up either. They are going up slowly as volatility is slowly going down.

Not only have stocks been consistently profitable recently, but they have done so with remarkably low volatility. This year, there has yet to be a 2 percent move up or down on the S&P 500. For a frame of reference, in 2009, there were 55 separate 2 percent up or down days and there were 35 in 2011. The annualized volatility of daily returns on stocks since 1928 has been 18.7 percent. For 2017, that number is 7 percent, a little more than one-third of the long-term average.

There are now more than 120 hedge funds focused solely on bitcoin, digital currencies

Data shared exclusively with CNBC from financial research firm Autonomous Next shows the number of funds investing in digital assets like bitcoin has grown rapidly to 124.

Autonomous Next also estimates that the “crypto-funds” have about $2.3 billion in total assets under management.

More than 90 funds focused on digital assets like bitcoin have launched this year, bringing the total number of such “crypto-funds” to 124, according to financial research firm Autonomous Next.

Total assets under management by crypto-funds now stands at $2.3 billion, according to Autonomous Next’s estimates. 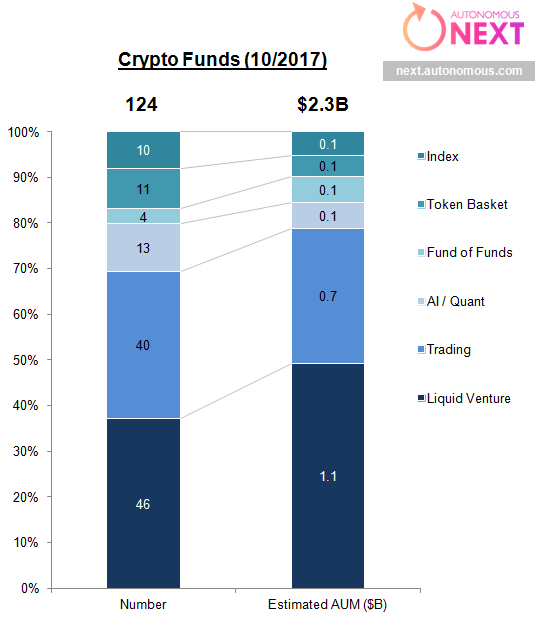 4.Fed Tightening Only Results in Recession 36% of Time.

Looking ahead, once core PCE inflation starts moving back up toward 2% in 2018H1 – as we, the consensus, and the Fed expect – then rates investors will begin to realize that there is no recession on the horizon and therefore short rates, the belly, and long rates be significantly higher than where they are today. And chances are that the economy will do just fine.

For more discussion see also our recent piece: The next US recession. Happy to discuss further, let your DB sales contact know. 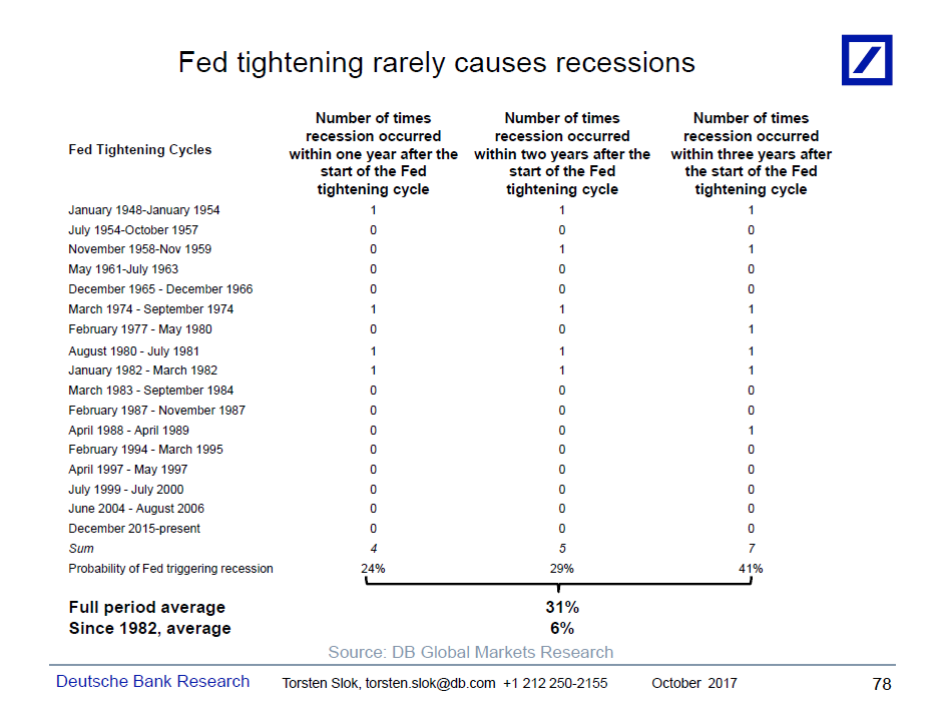 LONDON — We’re currently living through the second longest bond bull market in recorded history, and the longest since the 16th century, according to a new research paper from the Bank of England.

Written by Paul Schmelzing, a Harvard PhD candidate currently working with the bank, the paper, titled “Eight centuries of the risk-free rate: bond market reversals from the Venetians to the ‘VaR shock’” — explores hundreds of years of data around real rates and bonds.

“This paper presents a new dataset for the annual risk-free rate in both nominal and real terms going back to the 13th century. On this basis, we establish for the first time a long-term comparative investigation of ‘bond bull markets’,” Schmelzing writes.

The paper — which started out as an entry on the Bank of England’s staff blog, Bank Underground — argues that the current bull market in bonds is only surpassed by one longer period of growth in recorded history. 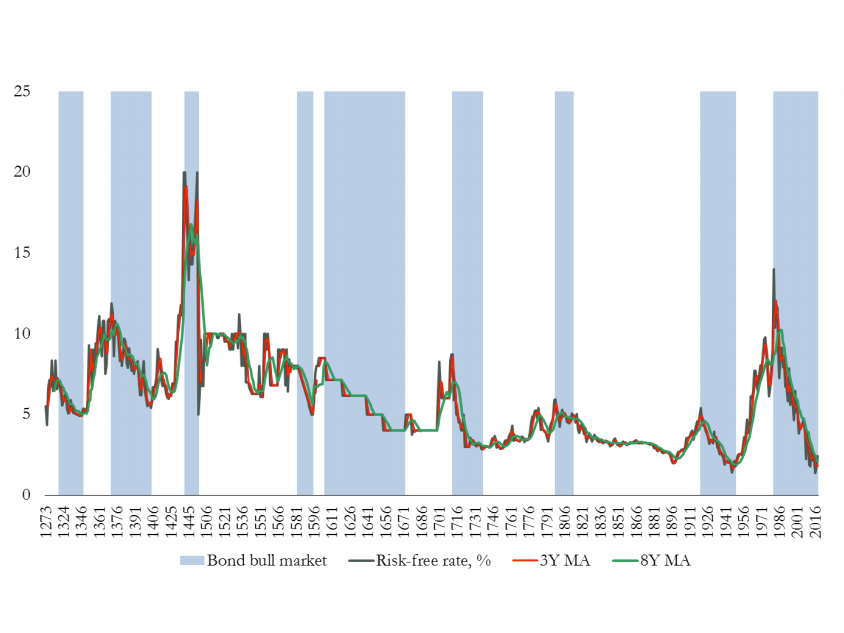 Jason Clark, a senior portfolio manager at AFAM Capital, cites a coming surge in the number of Americans 35 to 44 years old, after a 15-year decline. This population cohort, responsible for a significant share of U.S. household formation, could total about 48 million by 2030, according to Euromonitor International, up from roughly 40 million now. As younger adults marry, buy homes, and have children, says Clark, many will look to Target for its wide selection of low-priced but trendy “stuff” for their kids and homes. 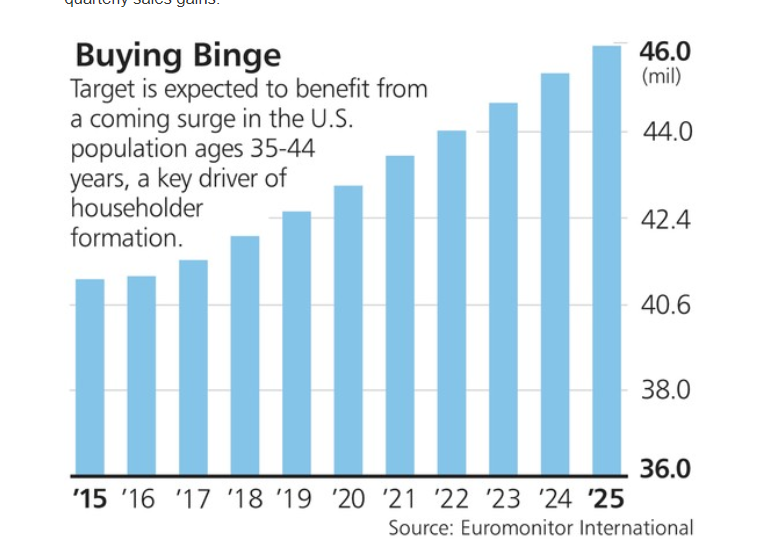 7.America is a Nonprime Nation….Two-Thirds of Americans Have a Nonprime Credit Score Below 700.

America is a nonprime nation. An astounding two-thirds of Americans have a nonprime credit score (below 700) or no score at all, according to the Corporation for Enterprise Development and FICO. Due to high credit-score requirements, some 160 million Americans find it difficult or impossible to access traditional bank credit. The way for banks to grow and better serve their communities is to figure out how to lend again, safely and profitably, to a much broader range of customers. Banks need a new generation of nonprime credit products. 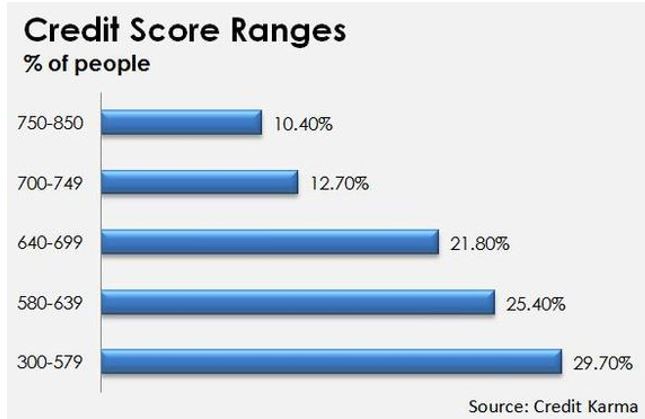 The Good News is Improvement Since Great Recession. 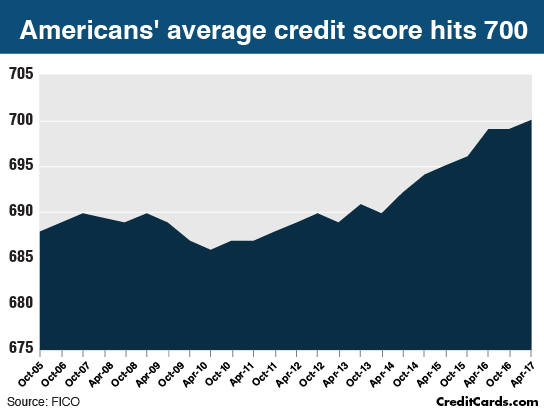 8. Has the Home Ownership Rate Bottomed Out? 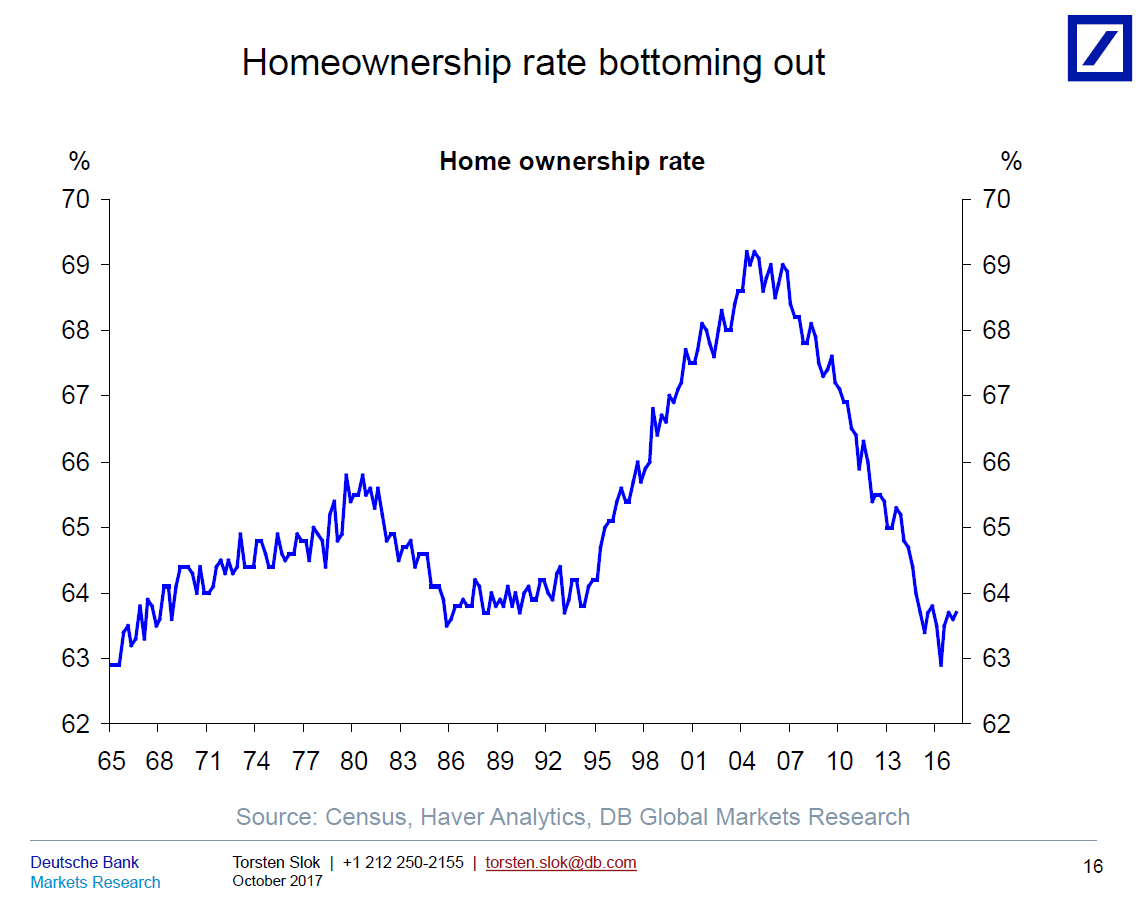 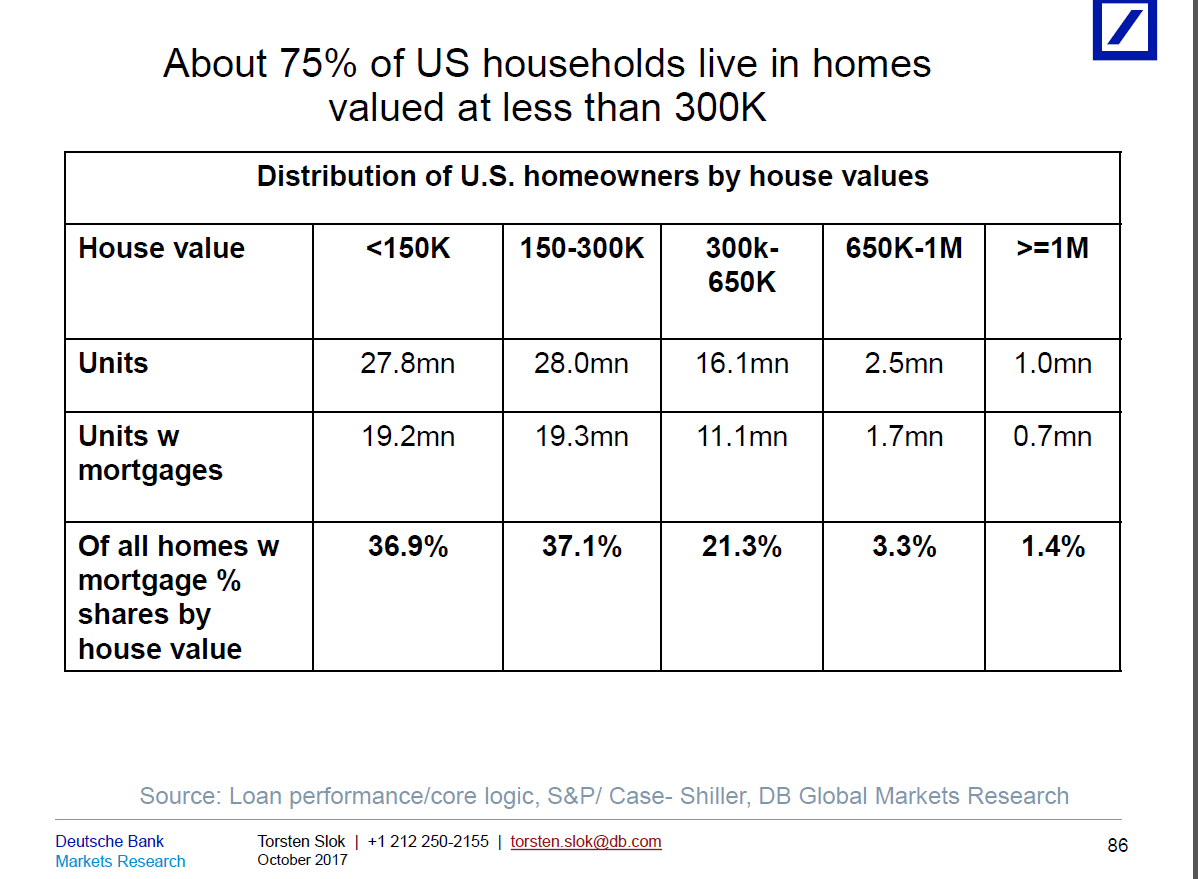 Global wine production is expected to fall to its lowest in more than 50 years, according to the International Organisation of Vine and Wine (OIV).

The group blamed the decline on extreme weather in Italy, France and Spain – the world’s top three producers.

Total world output is projected to fall 8% from last year to about 247 million hectolitres.

This could raise prices and dissipate a global surplus caused by a demand slump in the wake of the financial crisis.

According to OIV estimates, Italian wine production will fall 23% to 39.3 million hectolitres.

Levels will drop 19% to 36.7 million hectolitres in France which is predicted by the European Commission to be facing its worst harvest since 1945.

Meanwhile in Spain, production will be 15% lower at 33.5 million hectolitres.

A hectolitre is 100 litres, equivalent to about 133 standard 750mL bottles.

As a result, small producers hit by several years of small harvests “are facing the very real problem of having to sell family domains because, unless the banks are going to help them in some way, they’re stuck,” according to Rupert Millar, fine wine editor of industry journal The Drinks Business.

“But just how many this is happening to is another question,” he adds.

For wine-growing regions outside Europe, OIV’s forecasts are more optimistic.

Output in the US – the world’s fourth-largest producer and its biggest wine consumer – is also due to fall by only 1% since reports indicate wildfires struck in California after the majority of wine producers had already harvested their crops.

There was no data available for producers such as China, which produced 11.4 million hectolitres last year.

10.Don’t Justify What You Want to Change

Free yourself from the chains of resentment.

There’s a neurological explanation for this. Resentment keeps us focused on a perception of unfairness – we’re not getting the help, appreciation, praise, reward, or affection we deserve. Mental focus amplifies and magnifies, whatever we focus on becomes more important than what we don’t focus on. Repeated focus over time forms mental habits. Justifying resentment strengthens the neural connections underlying it, and over time makes it more or less automatic, the default perception of consciousness. Resentful people complain and criticize out of habit.

Resentment is likely to become a bedrock of ego-defense, due to its low-grade adrenaline, which temporarily increases energy and confidence. We feel animated by the perception that we’ve been wronged, which feels better than the self-doubt and low energy that often occurs when we feel vulnerable. The problem with adrenaline is that it borrows energy from the future. After a bout of resentment, a crash into some form of depressed mood is inevitable. Worse, adrenaline enhances memory – experience marked by adrenaline is, in general, recalled more easily. (It’s often hard to get it out of your mind.) When you resent your partner, you’ll remember every perceived offense since you started living together. Instead of experiencing negative feelings as temporary states, it seems like you’re reacting to unfair or unreliable behavior that will not change and that overshadows most positive experience.

The other problem with adrenaline is that we build a tolerance to it so that it takes more and more of it to get the same level of energy and confidence. That means we have to justify more by amplifying and magnifying more. At that point resentment becomes chronic, the lens through which we see the world.

Characteristics of chronic resentment are:

Characteristics of chronic resentment in relationships:

The Urge to Justify

We justify resentment by citing evidence of other people’s unfairness.But the adrenaline we need for justification makes us subject to confirmation bias. The human brain is highly susceptible to confirmation bias under the influence of emotion arousal; it automatically looks for evidence that confirms its assumptions and ignores or discounts evidence that disconfirms them. Many studies have shown that whatever the brain looks for, it tends to find, in reality or in imagination.

The urge to justify is essentially self-talk, that is, we justify our feelings more to ourselves than to others. The urge to justify tells us that the emotion is probably not good for us, or else we wouldn’t have to justify it. You probably don’t have to justify an emotion that’s more conducive to health and well-being, such as compassion. You don’t go into work and say, “I was under so much stress last night and my partner pushed all my buttons and I lashed out with compassion, I took her perspective and felt more humane – it wasn’t the real me!”

You have an absolute right to your resentment. And you have a more compelling right to a live value-filled life, which is impossible with resentment.