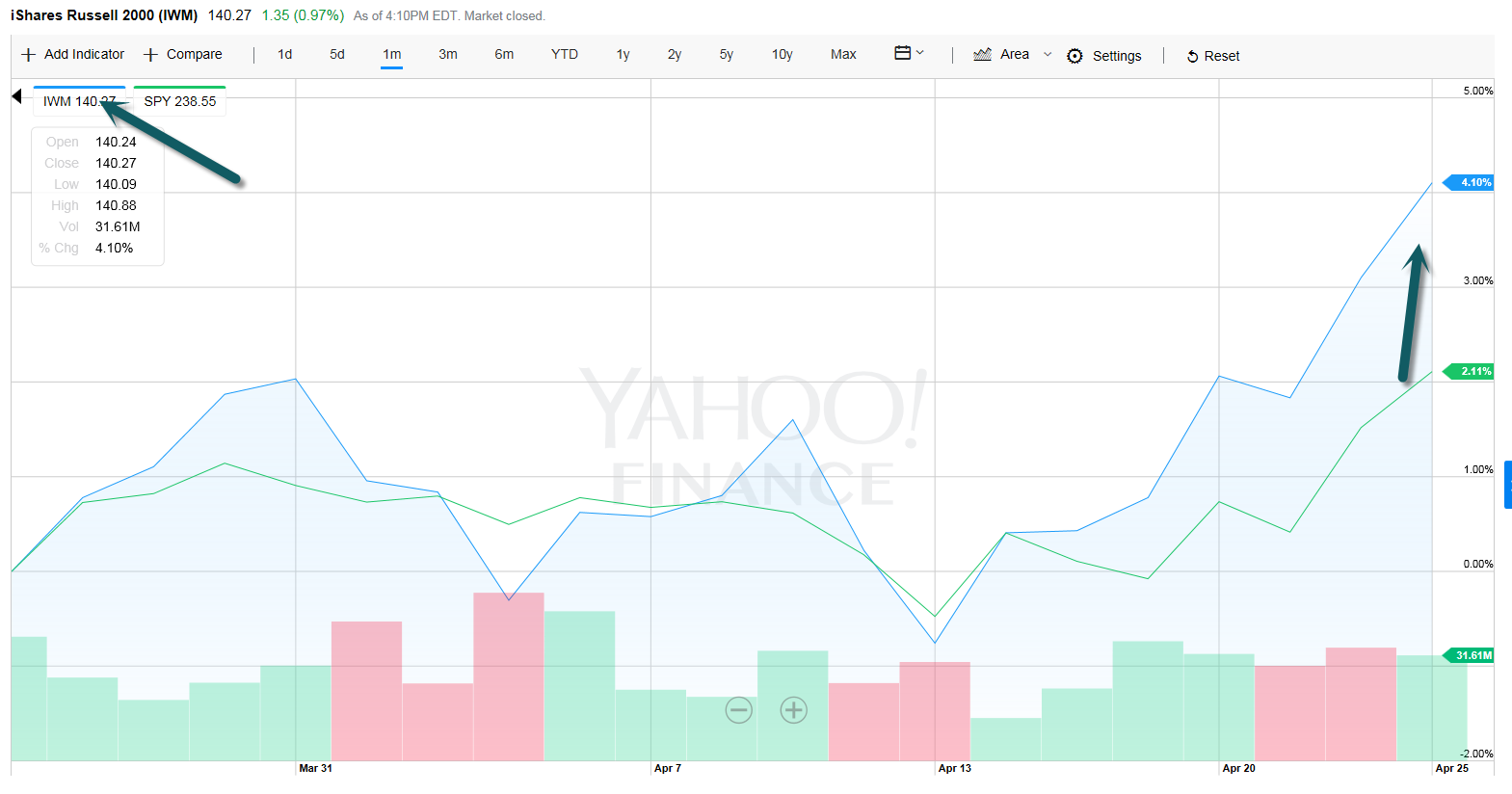 2.Developed International Markets-One Tick Away From Breaking Out of 4 Year Sideways Action. 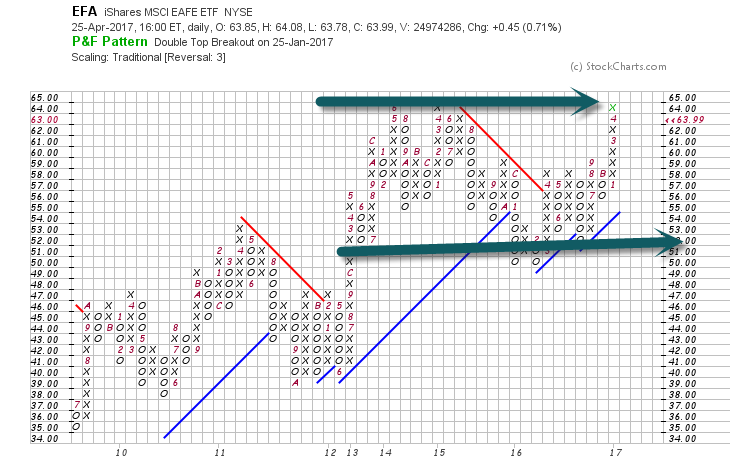 I really like to see what a region’s small caps are doing in rally…..European small caps rally 25% Since Dec. 2016 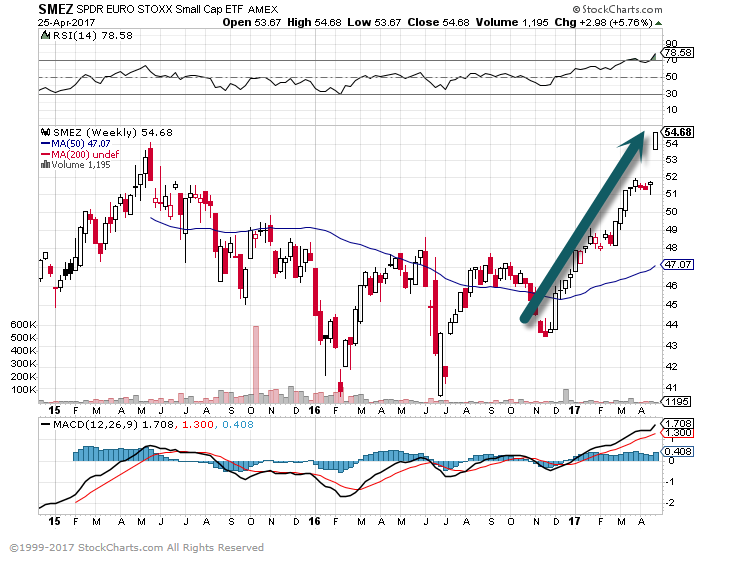 3.French Elections Helped Short-Term but it Looks Like Global Economic Pick-Up is for Real. 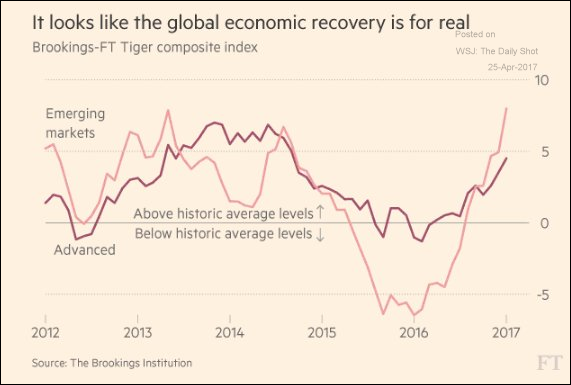 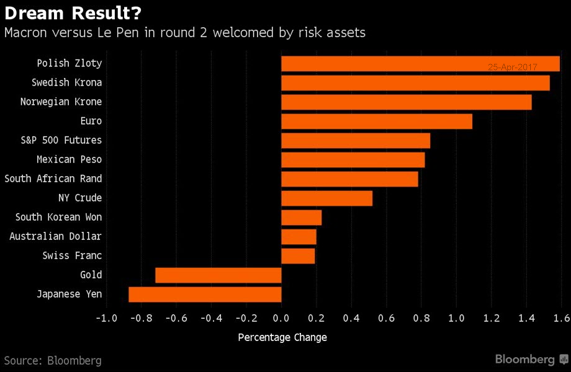 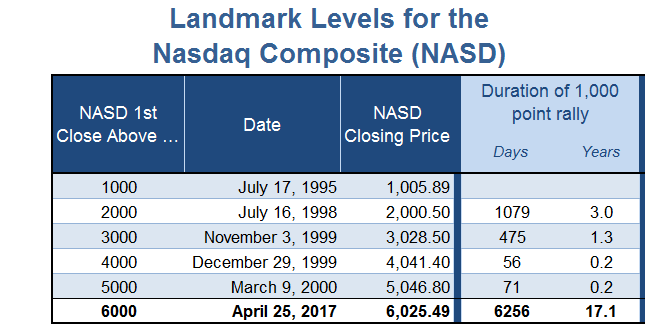 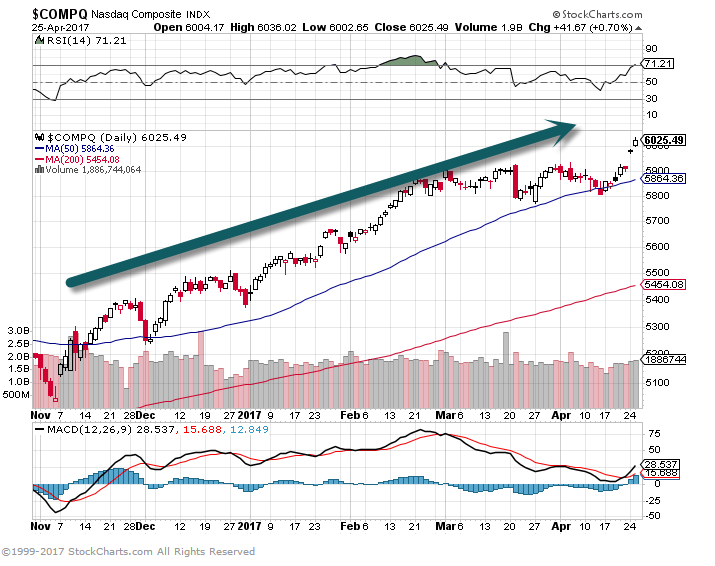 5.VIX Volatility Index had Largest One Day Drop Since 2011 on Monday 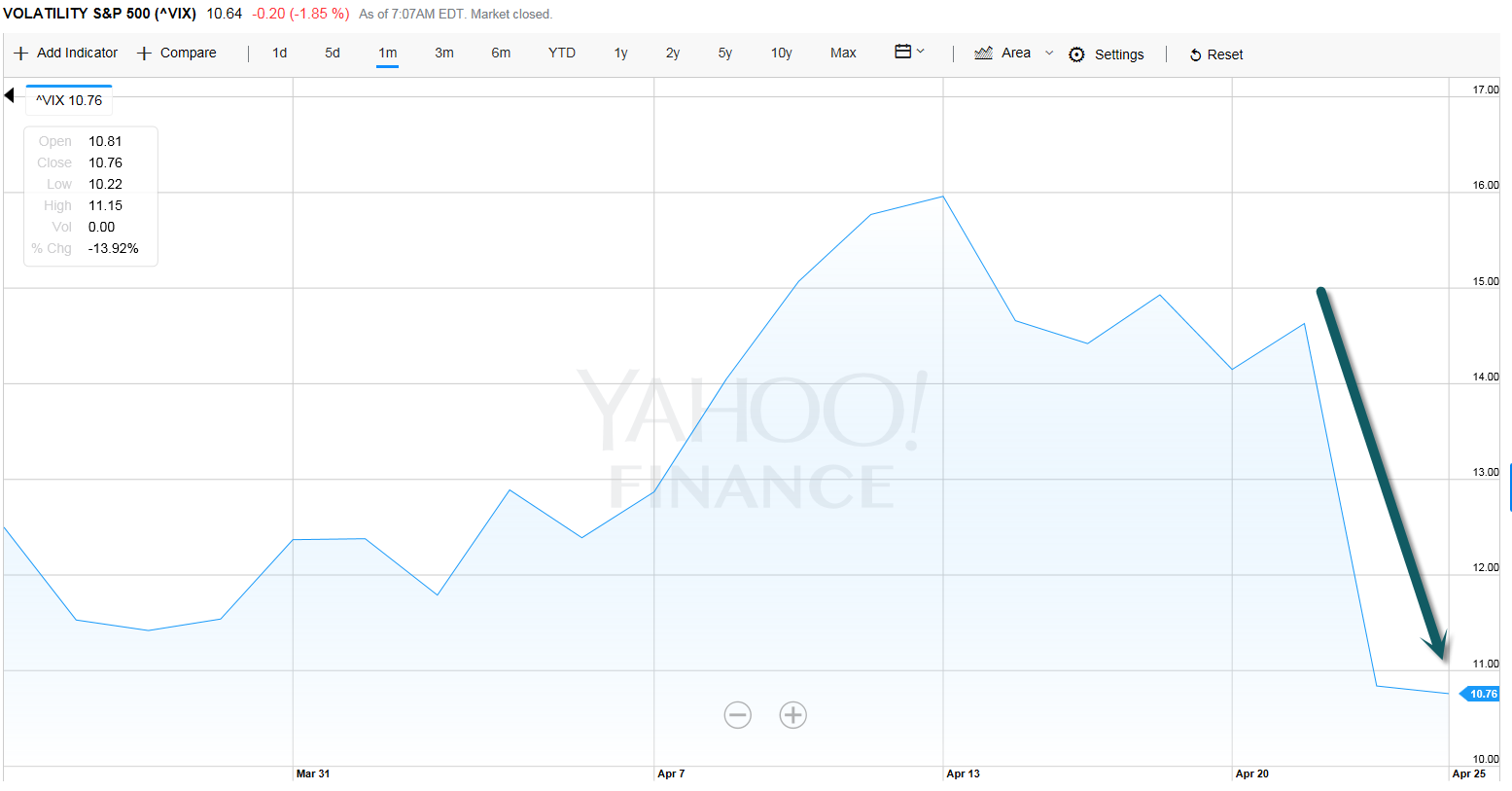 6.Growth Giving Value a Beat Down this Year. 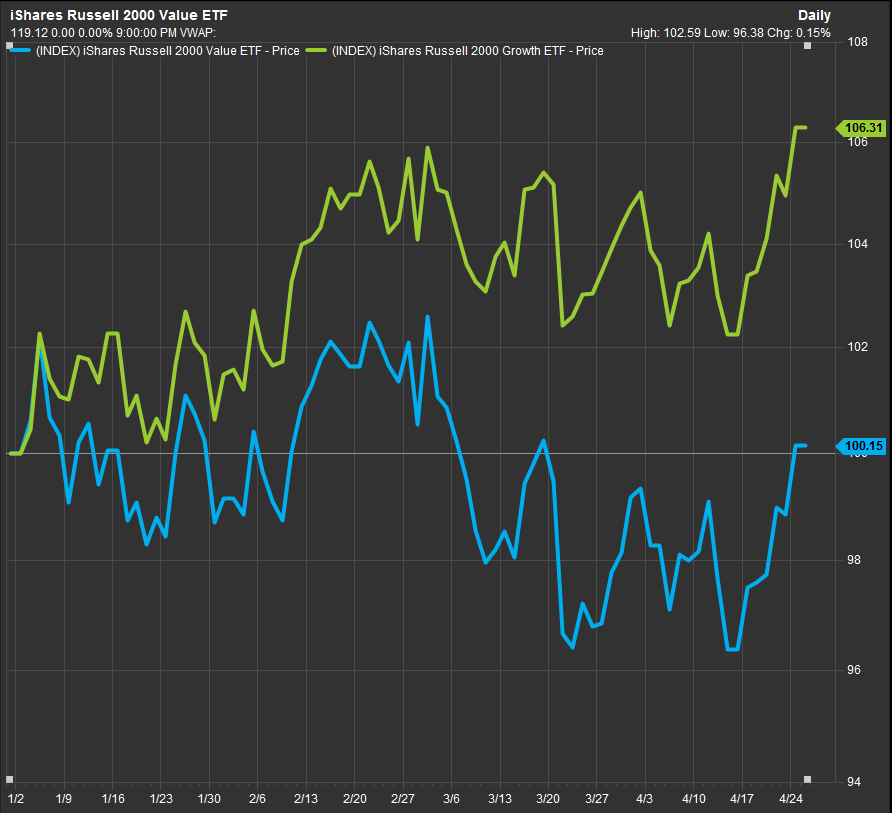 7.Lumber ETF Blast Off New Highs….Tell for Housing?? The First Protectionist Move in Trump Administration is Against Canada?????? 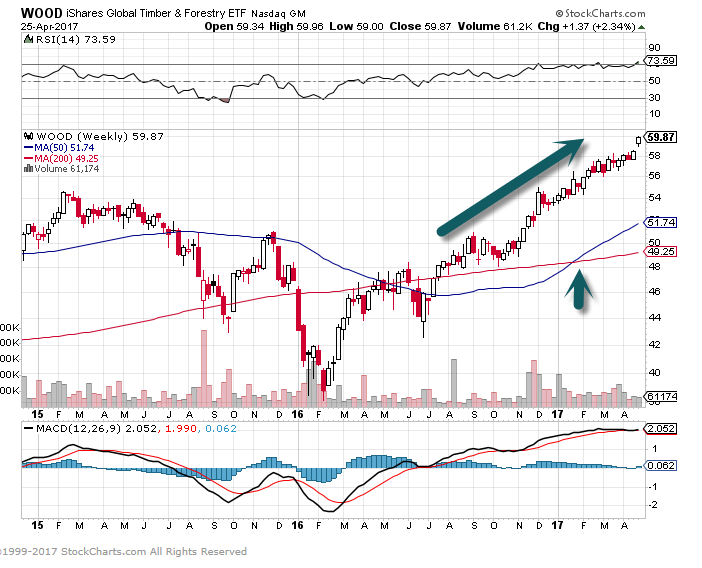 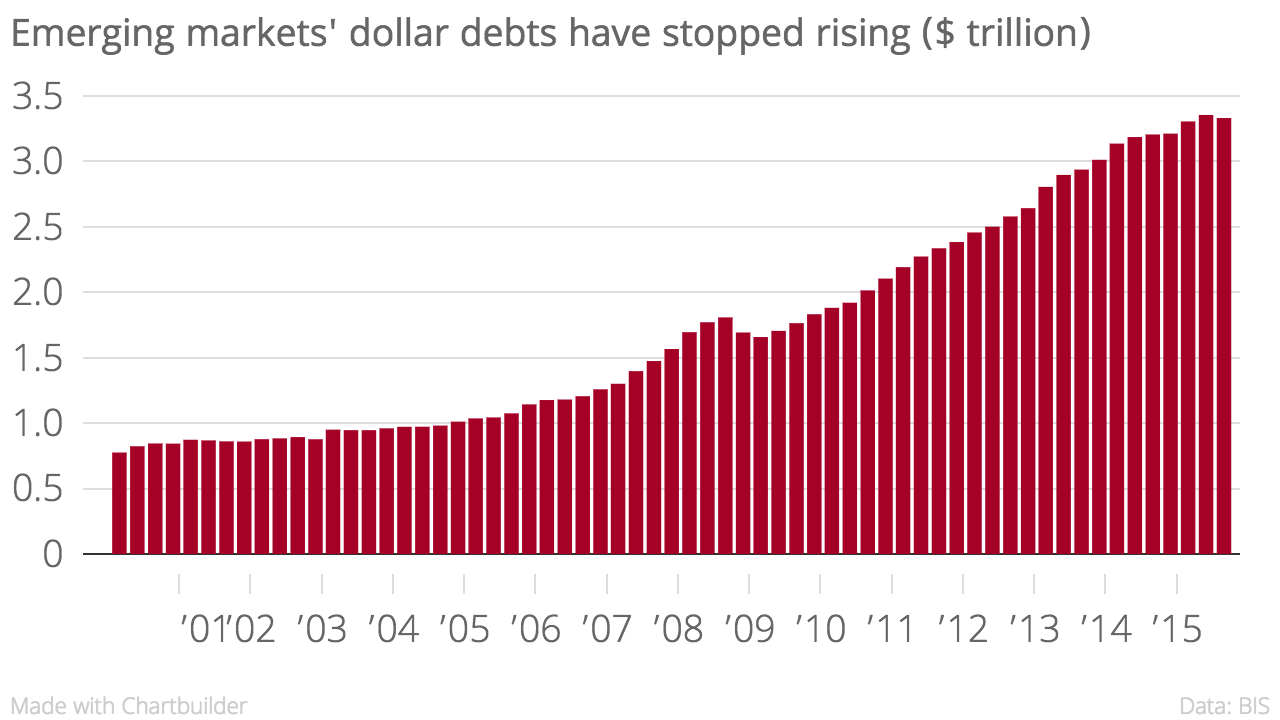 I continue to get a lot of client questions about the outlook for capex, and the first chart below shows that the main source of financing for S&P500 companies in recent years has been operating cash, and the main use of financing has been M&A, buybacks, and dividends. The second chart shows that the lack of capex has been particularly pronounced in health care, consumer staples, consumer discretionary, and information technology. Looking ahead, we should see an acceleration in capex growth driven by an aging capital stock, strong sentiment, and solid corporate balance sheets, see also our attached capex outlook presentation. 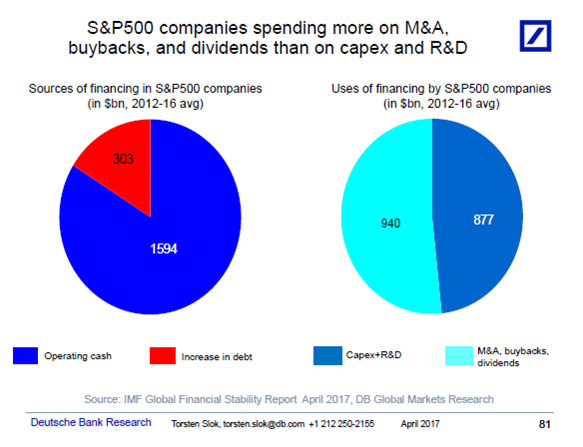 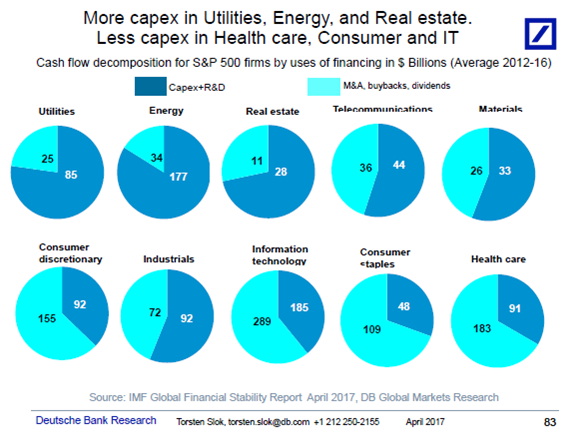 New research shows that “brain-training” programs fail to boost working memory.
Experts who track the health and wellness applications of brain science (link is external) calculate that consumers spent $715 million on “brain-training” programs in 2013. They project that spending on these games could skyrocket to $3.38 billion by 2020. Clearly, the brain-training industry is big business. Unfortunately, a growing number of recent studies have found very little empirical evidence that brain-training programs marketed to “boost brain power” actually improve overall cognitive function in a meaningful way.
The underwhelming cognitive benefits of brain-training games were reaffirmed (yet again) in a new study led by Neil Charness (link is external), professor of psychology at Florida State University (FSU). Charness is a pioneering researcher and thought leader on lifestyle behaviors that help to preserve cognition as we age. He’s also Director of The Institute for Successful Longevity (link is external).
The latest paper by Charness and colleagues at FSU, “Evidence for Narrow Transfer after Short-Term Cognitive Training in Older Adults (link is external),” was published in the journal Frontiers in Aging Neuroscience. For this study, the researchers were curious to see if cerebral challenges—such as digital brain-training games, crossword puzzles, and Sudoku—improved everyday cognitive functions related to working memory, which is involved in complex reasoning, abstract thinking, processing speed, etc.
Walter Boot (link is external), who is also an expert on age-related cognitive decline at Florida State University, helped devise the protocol of this study. First, one group of participants played a brain-training video game called “Mind Frontiers” while another group of players performed crossword games or solved number puzzles. Second, the researchers tested if any of the games actually enhanced working memory.
Charness and Boot’s findings debunk the myth that brain-training games improve cognition in a way that can enhance cerebral performance in other areas of your life. Yes. If you practice a specific game regularly, your mental dexterity and prowess at that specific game will improve. But the “far transfer” ability of brain-training programs to create other “real-world” benefits is minuscule because these games do not appear to improve working memory.