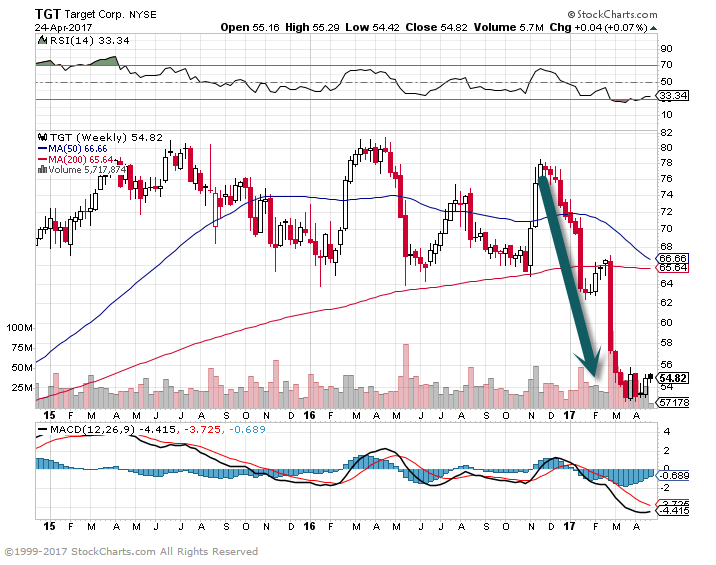 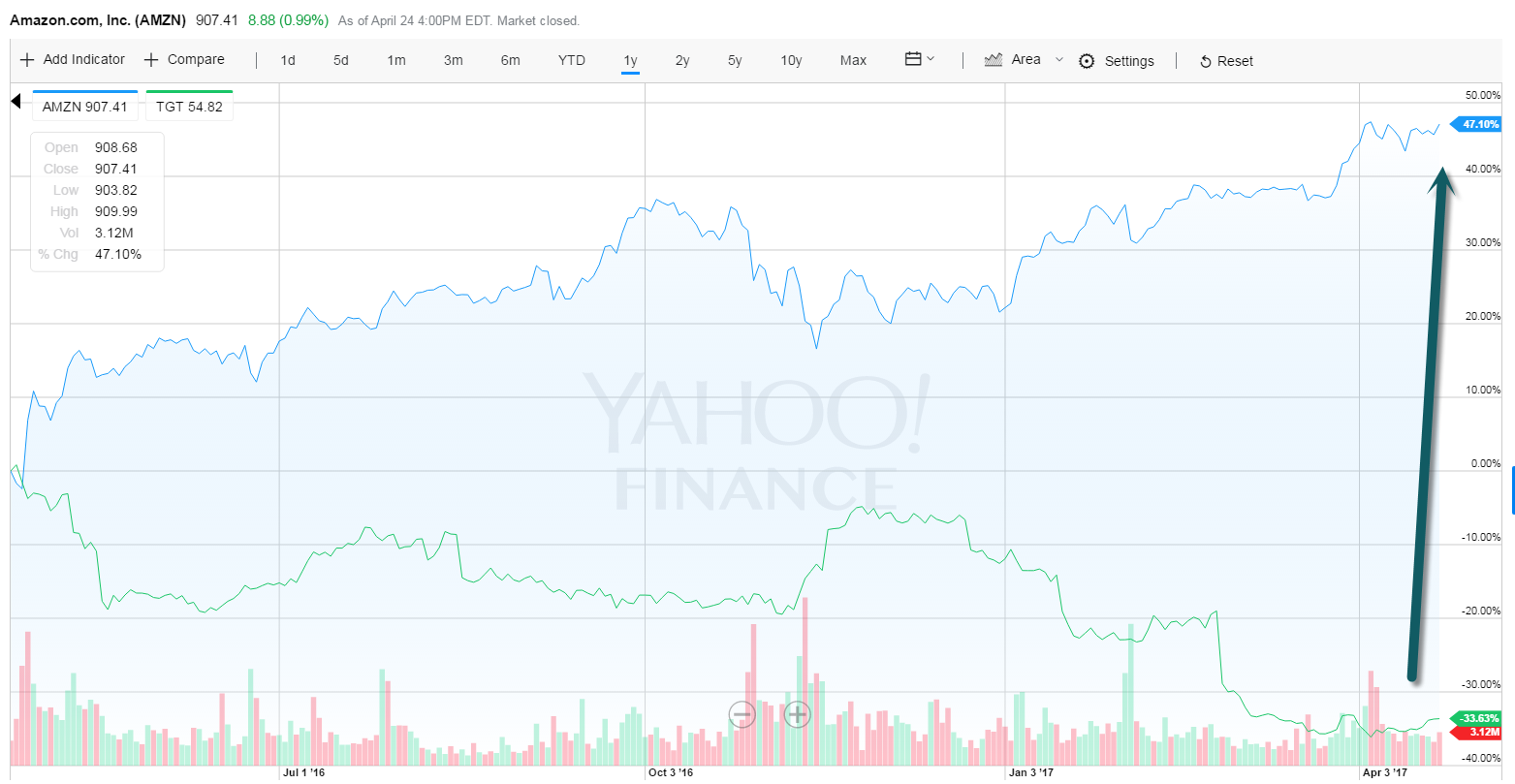 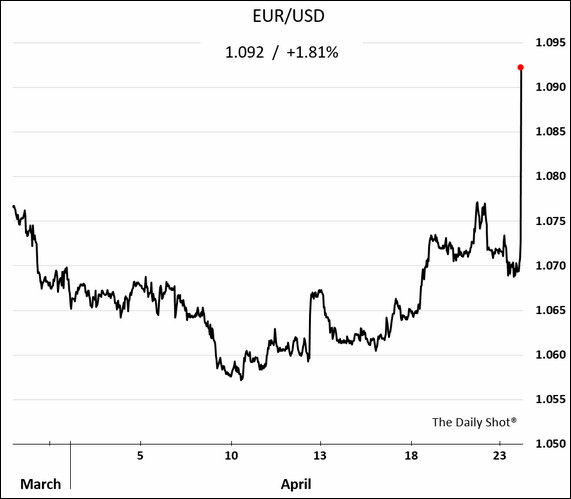 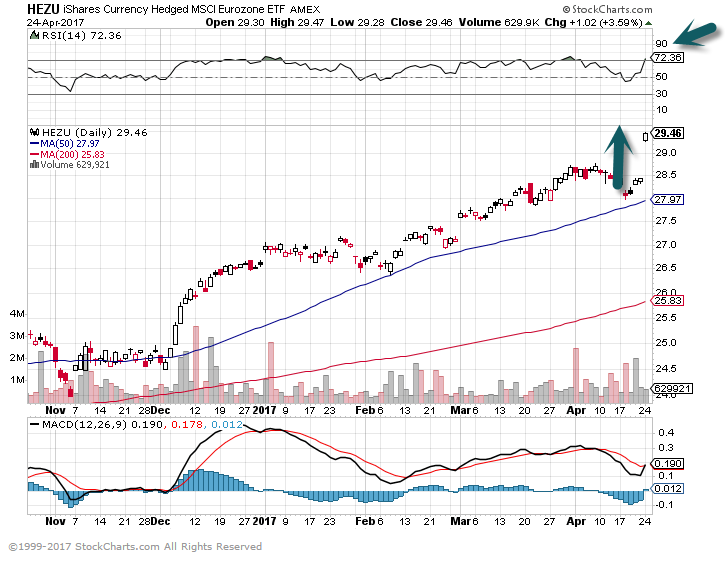 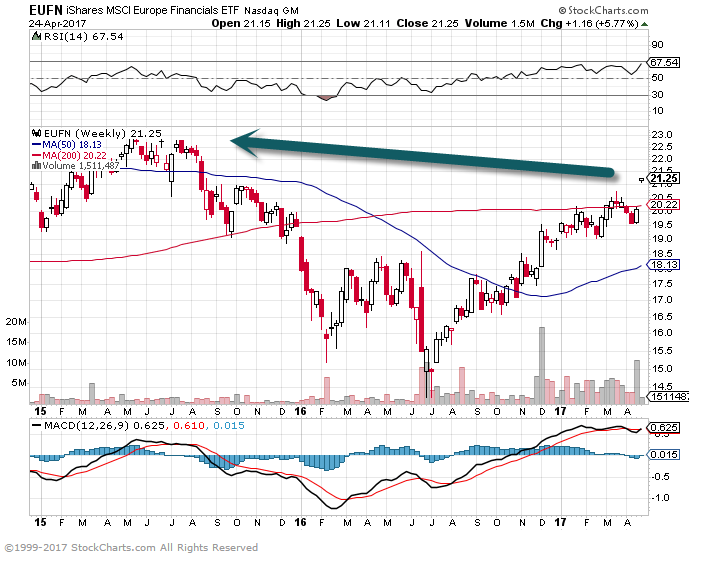 A $500 Billion “Hitch” Emerges In The Saudi Aramco IPO

As Saudi Arabia’s deputy crown prince pushes his nation’s Vision 2030 economic overhaul and crows of the $2 trillion Saudi Aramco valuation (ahead of its potential IPO), WSJ reports that officials at the state-owned oil company are using internal value estimates to $1.3 to $1.5 trillion, calling bin Salman’s estimate “unrealistic and mind blowing.”

Since deputy crown prince Mohammed bin Salman announced the stock-offering plan and his $2 trillion estimate early last year, insiders and outsiders have questioned how he arrived at that number. 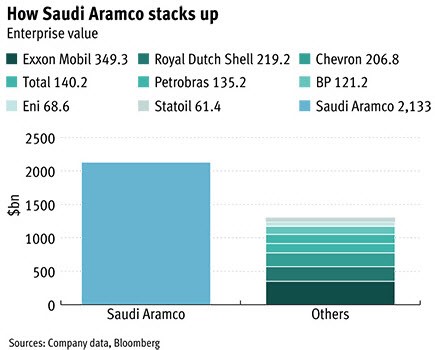 5.”Sell in May” Works Almost Exclusively During the Third Year of a Presidential Term???? 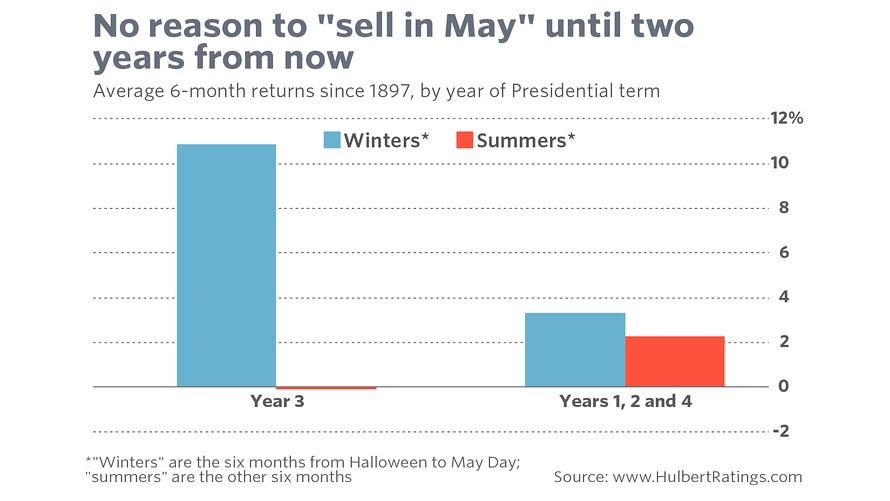 You should not — I repeat, not — bet on the famous “sell in May and go away” seasonal pattern this year. New research finds that this pattern’s historical track record can be traced to only a few years, specifically, the third year of the presidential four-year term.

During the other three years of the four-year term, in contrast, the pattern is statistically non-existent.

Needless to say, since we are two years away from the third year of President Trump’s term, that means there’s nothing to bet on this year.

This new research is a big deal, since the “sell in May and go away” pattern — something also known as the Halloween Indicator — had previously been one of the most researched and documented seasonal patterns in the stock market.

Many different studies had consistently found the same thing: That the stock market has produced the lion’s share of its historical returns between Halloween and May Day (the so-called “winter” months). Its average return the other six months of the year — the “summer” months between May Day and Halloween — has been far less.

This new research doesn’t dispute these previous findings, but goes further to show that it traces almost exclusively to the third year of the four-year presidential term. (See chart.) The study’s authors are Kam Fong Chan, a senior lecturer in finance at the University of Queensland in Australia, and Terry Marsh, an emeritus finance professor at the University of California, Berkeley, and CEO of Quantal International, a risk-management firm for institutional investors.

The researchers’ findings have been circulating in academic circles since earlier this year, and I reported on them in a Wall Street Journal column in February. But I’m afraid many followers of this pattern are proceeding anyway with their plans to go to cash by this Friday’s close, the last trading day of April.

It makes me wonder if anyone is paying attention …

6.ETFs With The Lowest Valuations

ETFs With The Lowest P/E Ratios

ETFs With The Lowest P/B Ratios

Excerpt from interview with Jeremy Grantham.

WM: What kind of investment are we talking about?

JG: The money needed is in the tens to scores of trillions of dollars. Electric cars will displace internal combustion engines and fast. In 20 years it will be a done deal. Battery costs have dropped 70 percent in the last nine years. Solar panels have dropped a similar amount. Wind power is cheaper now too.

In 10 years it will be even better, fossil fuels will be more expensive and there will be a carbon tax. To make it all work, you need a larger grid to balance all these sources. In 50 years, I think the problems will be solved and there will be enough cheap energy to get the job done.

The bigger problem is dealing with agriculture and population growth in a world with more difficult growing conditions. We have to completely change agriculture with new technology, which we haven’t started. 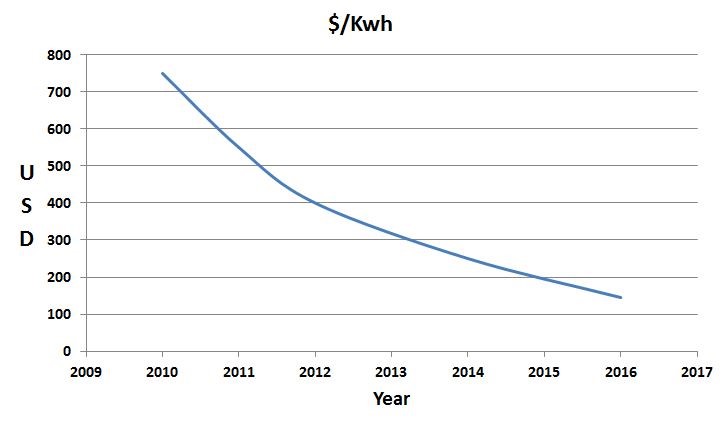 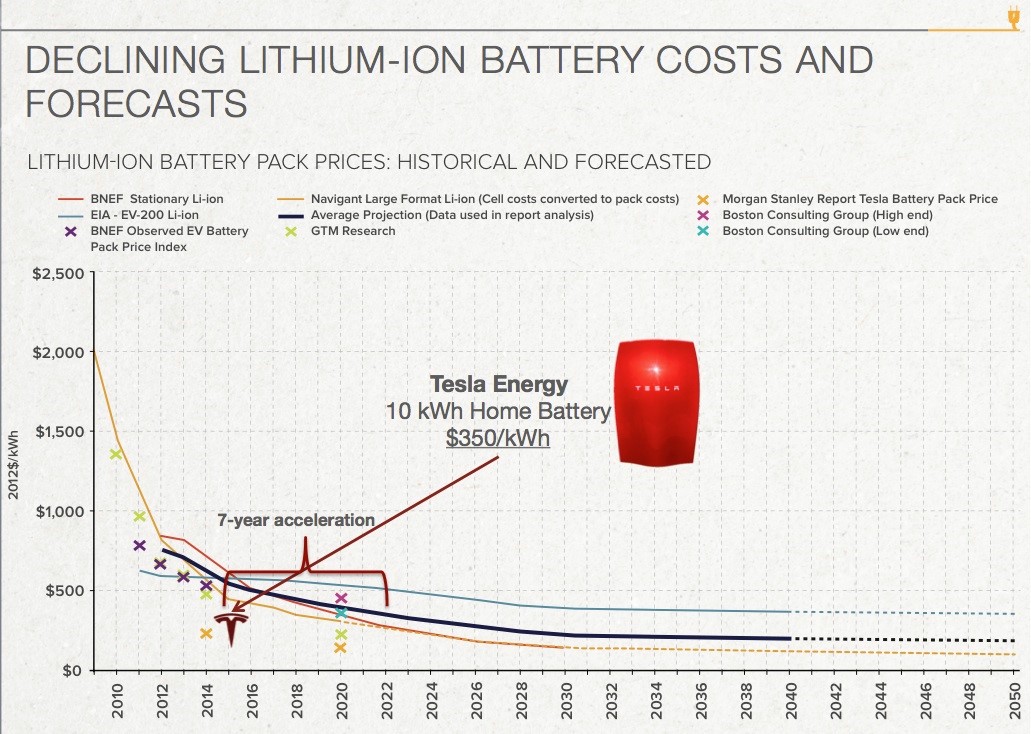 8.The Side Effects of ETF Rush….Van Eck GDXJ (junior gold miners) became the largest investor in two-thirds of the 54 companies the ETF owns shares in, according to FactSet

How a $1.4 Billion ETF Gold Rush Rattled Mining Stocks Around the World WSJ

The most recent example of an ETF knocking prices out of whack centers on the VanEck Vectors Junior Gold Miners ETF, which invests in small gold companies. The ETF has taken in $1.4 billion since September, forcing VanEck to hoover up mining shares.

Juicing its growth was the Direxion Daily Junior Gold Miners Index Bull 3X ETF, which uses the VanEck ETF to give investors a triple-leveraged bet. For each $1 dollar Direxion took in, it funneled $3 into the VanEck fund. 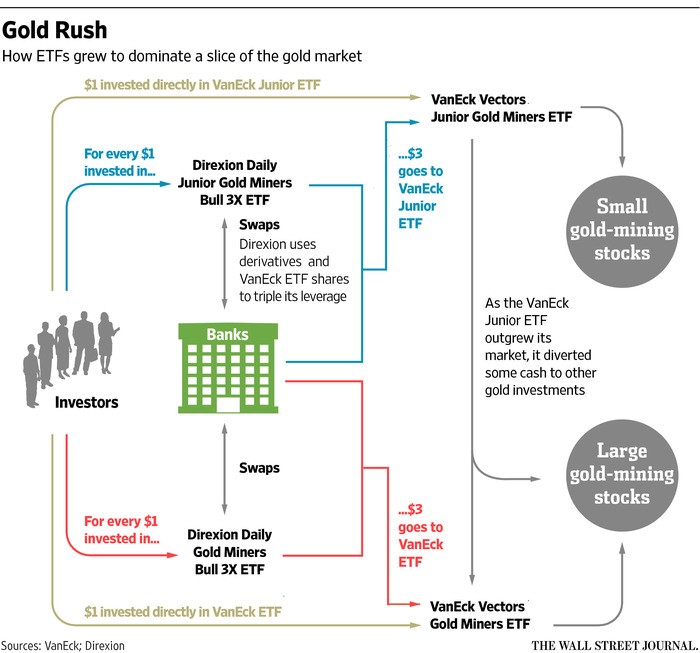 VanEck plowed that cash back into gold stocks, becoming the largest investor in two-thirds of the 54 companies the ETF owns shares in, according to FactSet. In some cases, VanEck owned 16% or more of the available shares of those companies, bringing it into the range of a Canadian securities law that requires firms that exceed a 20% stake to offer a buyout to the remaining shareholders.

“We continuously monitor the portfolio,” said Ed Lopez, head of ETF product management for Van Eck. “Our primary concern is that we’re meeting our investment objective.”

With more money coming in than it could invest in its roster of gold miners, the VanEck junior ETF directed some of the overflow into the VanEck Vectors Gold Miners ETF, which invests in larger firms. That ETF swelled to $12.5 billion amid the combined inflows from its smaller sibling and the Direxion Daily Gold Miners Index Bull 3X ETF, another leveraged copycat.

As the ETFs overran the market, more traders piled in. On April 12, Direxion received orders for $113 million in new shares of its leveraged junior ETF, the largest inflow in its history. The next day, Direxion closed the fund to new investors “until further notice.” The ETF’s share price rose higher than the value of its assets, reflecting the imbalance of demand over suddenly finite supply.

9.A stunning number of Americans no longer have cable TV

Around 25 percent of US households won’t have a traditional TV subscription by the end of 2017 as newer streaming services like Netflix and Amazon Prime Video grow in popularity, according to estimates from an April report.

The researchers claim that 24.6 percent of American households won’t have a TV subscription at the conclusion of 2017, whether that is cable, satellite or through another telecommunication provider. The estimation, if ultimately accurate, would be an increase from 22.3 percent at the end of 2016. They also expect this trend (colloquially referred to as “cord-cutting”) to continue in more years to come.

The rate of revenue growth, though, is not nearly as rapid as over-the-top (OTT) subscription video on demand services, like Netflix, Amazon Prime Video, Hulu, Apple TV, and HBO Now. 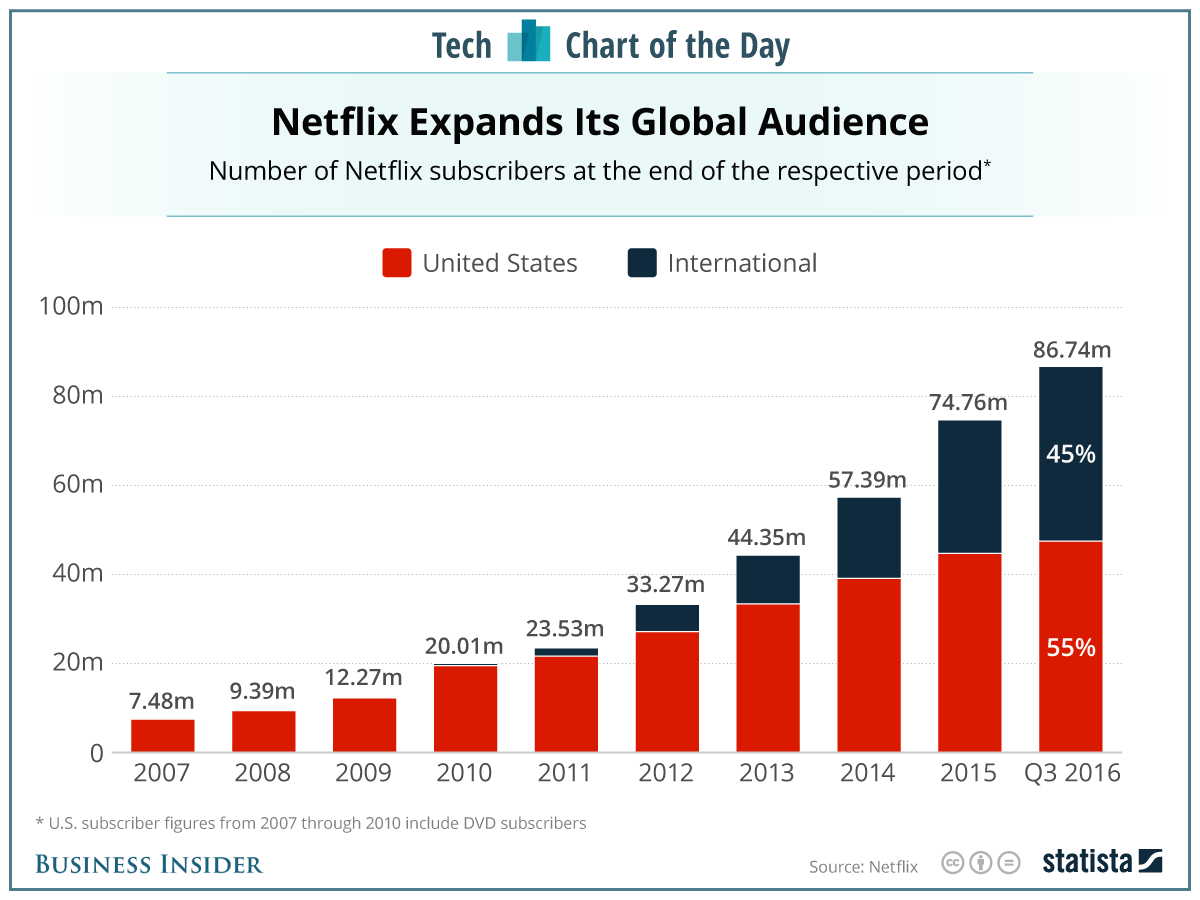 10.Three Ways to Build a Culture of Better Decisions

“If everybody is thinking alike, then somebody isn’t thinking.” — General George S. Patton, Jr.

We could all make better decisions.

Whether it involves buying or selling an investment, hiring an employee, or considering an important life choice, making better decisions produces non-linear returns. Repeated bad choices, on the other hand, lead to a long road of frustration.

As anyone who’s read Daniel Kahneman’s Thinking, Fast and Slow or Michael Lewis’s latest, The Undoing Project, about Kahneman’s relationship with his long-time collaborator, Amos Tversky, will tell you, often our ancient wiring — our lizard brain — circumvents our rational decision making. These heuristics, as they are called, are shortcuts that work much of the time but systematically fail at other times.

One of the common decision-making shortcuts in the business world is to default to the highest-paid person’s opinion (HIPPO). Now, the highest-paid person likely receives that compensation for a reason. Maybe they’ve made superior decisions in the past and have expertise in the field — which can make this shortcut even more tempting. But, as Kahneman and others have shown, experts are fallible. So if we want our organizations to make better decisions and avoid the HIPPO effect, we need to create a culture that encourages dissenting opinions.

Here are three steps to do that:

In Six Thinking Hats, Edward de Bono outlines a process that encourages groups to consider an issue from six different angles. He describes the different hats as follows:

When using this The Six Thinking Hats method, if one group member has always played devil’s advocate or proposed crazy, creative solutions, the team can no longer take it for granted. What’s more, the group should rotate the hats so one person isn’t always in the same role.

The beauty of this structure is that the team is free to consider the various facets of almost every decision. And everyone has permission to do so.

Another way to build a culture that values diverse opinions is for the HIPPO to model it.

At the venture capital firm Andreessen Horowitz, founders Marc Andreessen and Ben Horowitz routinely trash each other’s ideas and encourage others to join in. As a guest on The Tim Ferriss Show, Andreessen explained their process:

Rarely is there unanimous consensus around a decision or investment idea, but by using this method we can build an environment that encourages stress testing ideas. At the end of the day, better decisions should result.

If you are the HIPPO, be careful not to add too much value.

Patton famously said, “A good plan violently executed now is better than a perfect plan next week.” For our purposes, this means don’t hold out for a perfect decision at the cost of diminished execution. What good is a 90% ideal decision improved to 95% with HIPPO input if the commitment to execution declines from 100% to 30%?

If people are excited about an idea and it’s directionally correct, let them run with it. Better to have complete buy-in on the execution than to erode morale in an attempt to marginally improve the decision. Again, to quote Patton, “Never tell people how to do things. Tell them what to do and they will surprise you with their ingenuity.”

These methods are distilled from a Re:Think Decision-Making workshop I recently attended. Hosted by Shane Parrish and the Farnam Street crew, the workshop yielded more value than can be condensed in a single article, but one of the enduring takeaways was the enormous positive effect of making incrementally better decisions each day.

Just like investment returns compound over the long-term, good decisions do as well. Hopefully, these ideas will help you and your firm improve its decision making and avoid some of the shortcuts that can lead us off track.

At the 70th CFA Institute Annual Conference, which will be held 21–24 May 2017,Isaac Presley, CFA, will join Blair duQuesnay, CFA, and John T. Elmes II, CFA, in a panel discussion exploring how wealth management firms can build a client-oriented culture.