1.U.S. Dollar Big Move Up in April….U.S. Rates Still the Highest in World.

The stock rally paused on Wednesday, pressured by the rising US dollar. Outside of the trade-related uncertainties, the dollar now poses the highest risk to equities. A firmer dollar tends to make US products more expensive for customers abroad and depreciates the value of foreign earnings for US companies. Imported products in the US become cheaper, making it harder for domestic firms to compete. 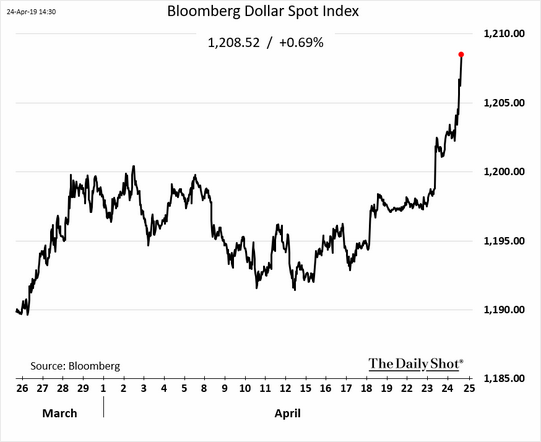 Weak economic data out of Germany (see the Eurozone section) and a more dovish Bank of Canada (Canada section) boosted the dollar on Wednesday. Rate differentials with other economies will provide tailwinds for the dollar over the long run. 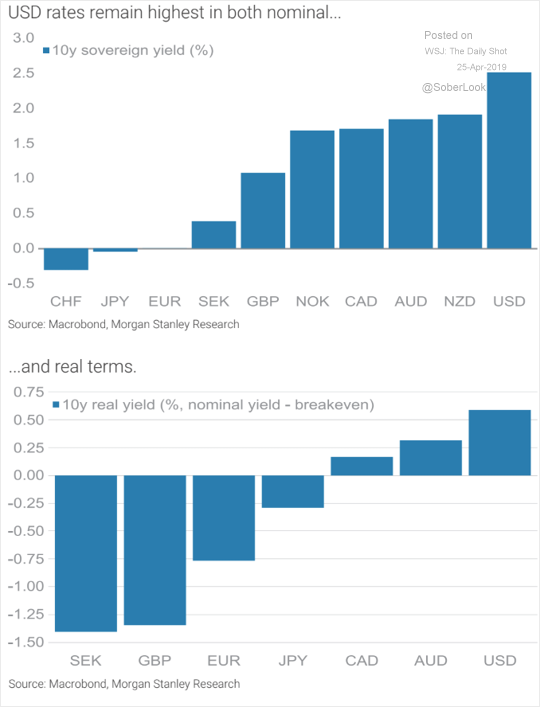 Why tech stocks can continue to lead the S&P 500 higher, in two charts 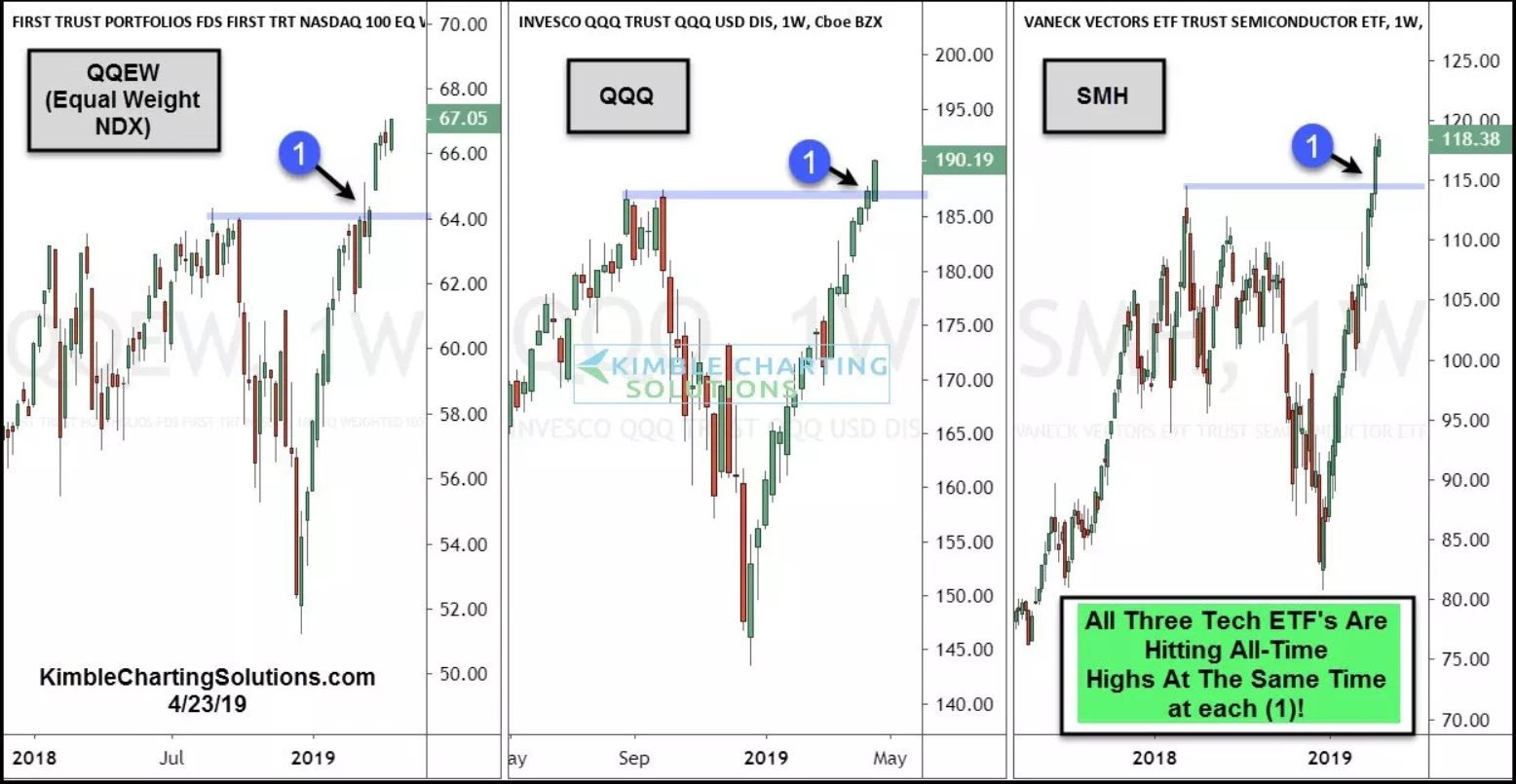 Several broad measures of technology-industry stocks are hitting all-time highs, and that’s a bullish signal for U.S. stocks in general, according to one technical analyst.

As the above chart highlighted by Chris Kimble, founder of Kimble Charting Solutions, shows, both the equal-weighted Nasdaq-100 ETF QQEW, -0.04% the market-cap weighted Nasdaq-100 index QQQ, +0.89% and the VanEck Vectors Semiconductor ETF SMH, +0.85%  have hit all-time highs. That signals broad-based strength in the tech sector that is bullish for the S&P 500 as well, Kimble argued in a Wednesday blog post.

3.As Tech and the Markets Make New Highs….Investors are Positioned Defensive. 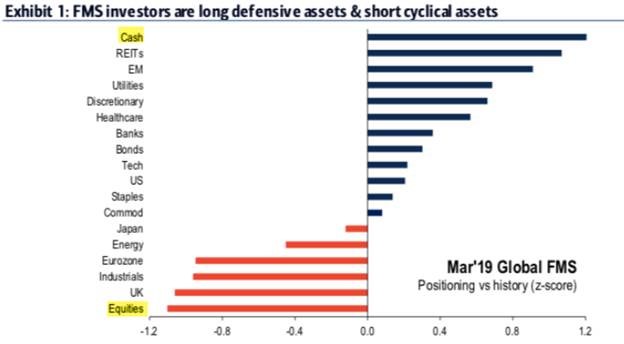 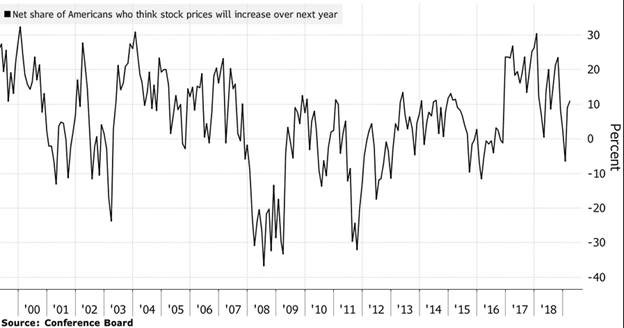 And Only 37 percent of Americans believe stock prices will increase over the next year, compared with 26 percent who think levels will deflate – No froth here 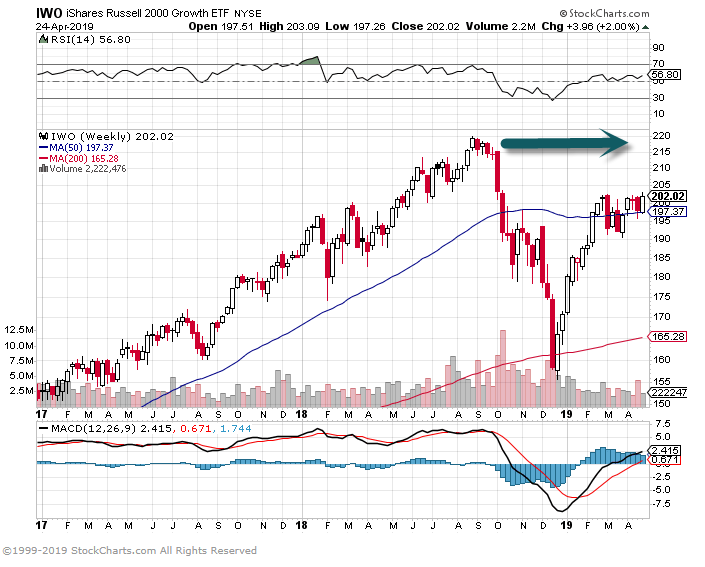 5.Somebody Exited REITS in Size …$475M Largest Weekly Outflow Ever. 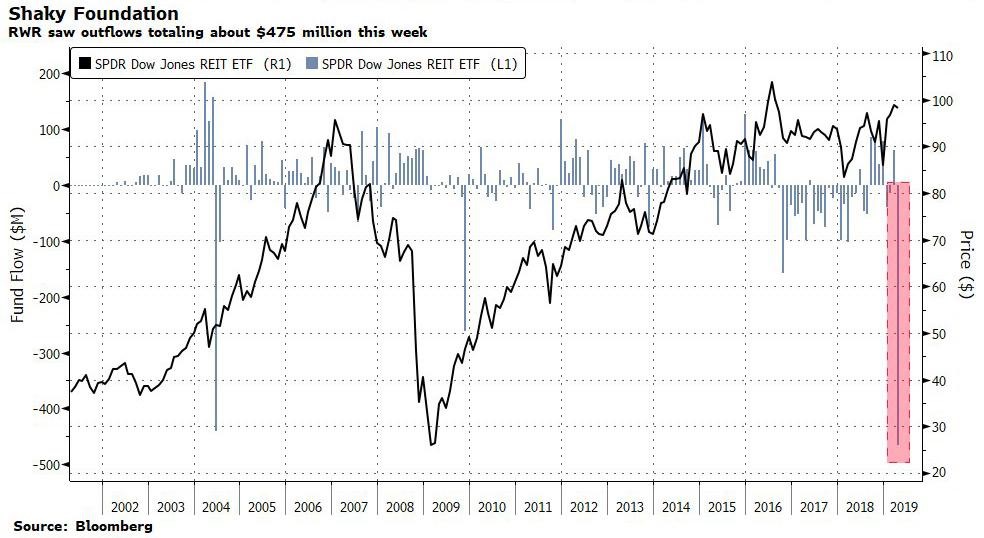 6.VIX Low But Not New Lows. 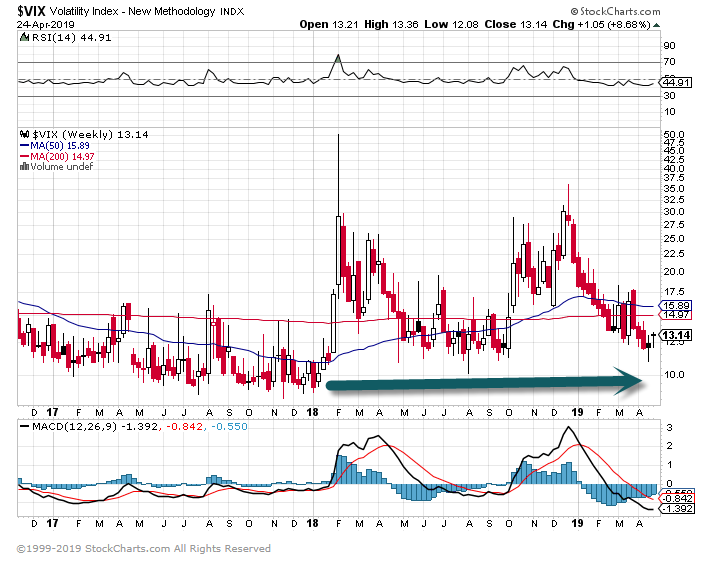 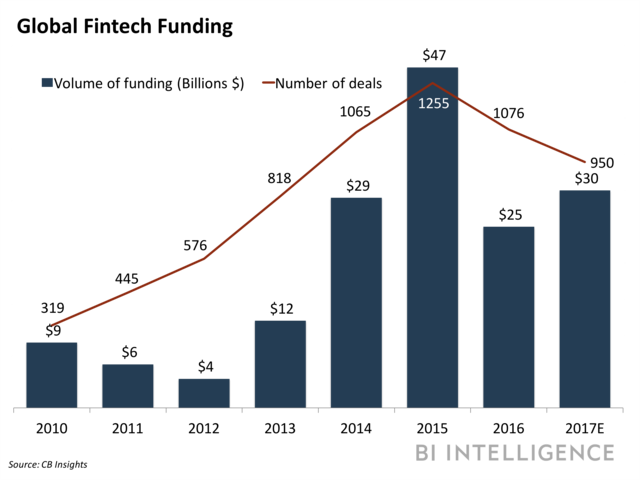 Digital disruption is affecting every aspect of the fintech industry.

Over the past five years, fintech has established itself as a fundamental part of the global financial services ecosystem.

Fintech startups have raised, and continue to raise, billions of dollars annually, pushing incumbent financial institutions to get in on the action. Legacy players have begun using fintech to remain competitive in a rapidly evolving financial services landscape.

8.These are all the ways lack of sleep makes you terrible at work.

You should really get more sleep. I know, you’ve heard it before. But there’s something about hearing sleep scientist Matt Walker enumerate on the TED stage all the ways sleep deprivation destroys your health, relationships and productivity that finally convinced me. Here’s one stat I won’t forget in a hurry: on the spring day after daylight savings comes into force — a wonderful controlled experiment when more than a billion people lose an hour of sleep — heart attacks increase by 24%! That’s how much even a small change in sleep impacts health. (Yes, the reverse is also true in the fall: heart attacks decrease when we gain an hour of sleep.)

“Underslept employees, defined as sleeping six hours or less, will select fewer challenging problems,” Walker tells me in a follow-up interview. In the lab, people are given a chance to just do email or deep project work. Those who haven’t slept enough systematically choose the easy option, he says.

In that same experiment, once they are working on meaningful problems, underslept employees come up with fewer creative solutions. “It’s creativity and ingenuity that’s supposed to drive businesses forward!” Walker reminds us.

Lack of sleep makes you unethical.

“The less and less sleep that an employee has, the more deviant and unethical they become,” Walker explains. Those employees become more likely to fudge a factor in a spreadsheet, falsify expense claims, or even claim the work of other people as their own.

Lack of sleep makes you lazy.

In a group, workers who have slept less will lean on others to do the work and ride their coattails. That’s called social loafing, and it doesn’t make for a great team atmosphere.

Lack of sleep makes you bad at learning.

Sorry students, all-nighters are pointless. After an all-nighter, your capacity to retain new information drops by 40%. “You need sleep after learning to hit the save button on these new memories,” Walker says. “But you also need sleep before learning to prepare your brain.”

Lack of sleep makes you less of a leader.

Walker cites a study by Christopher Barnes at the University of Washington: When CEOs have had a bad night’s sleep, their employees rate them as less charismatic! The rating can change significantly from one day to the next and though the workers have no idea of their leader’s sleeping habits, they can tell that something was off.

So there’s really little evidence that Jack Ma’s devotion to the 9-9-6 schedule — working 9 am to 9 pm six days a week — makes any business sense. “This notion of time on task is a fallacy,” Walker says. It was already questionable in the industrial age, when tired workers made more mistakes and had more accidents, and it is especially questionable in the information age. Why have people sitting there twice as long working half as well? Or as Walker puts it, “Why would you boil a pot of water at medium heat when you could do it in half the time on high?”

What can be harmful on an individual level becomes nonsensical at the national scale. The RAND corporation measured that sleep deprivation costs developed economies up to 3% of GDP, a growth rate many countries would envy. That’s $411 billion of lost productivity due to insufficient sleep in the US, more than $50 billion in the UK or $138 billion in Japan. “If I could solve the sleep-loss crisis within the workplace, I could almost double the budget for education in most of those countries or I could almost halve the healthcare deficit,” Walker says.

The bad news is you can’t “catch up” on sleep, and the damage done is done. But you can stop adding to it. These are Walker’s recommendations for a good night’s sleep:

Every species known to science sleeps. There must be a good reason. “If sleep does not serve an absolutely vital function, it’s probably the biggest mistake the evolution process has ever made. You’re not reproducing, you’re not finding food, you’re not caring for your young, and worse still, you’re vulnerable to predation,” Walker notes. “It’s the most idiotic thing — unless it’s non-negotiable.”

What’s the biggest work mistake you’ve made from lack of sleep? Share in the comments.