1. Median Price to Sales of Nasdaq 100 Cut in Half 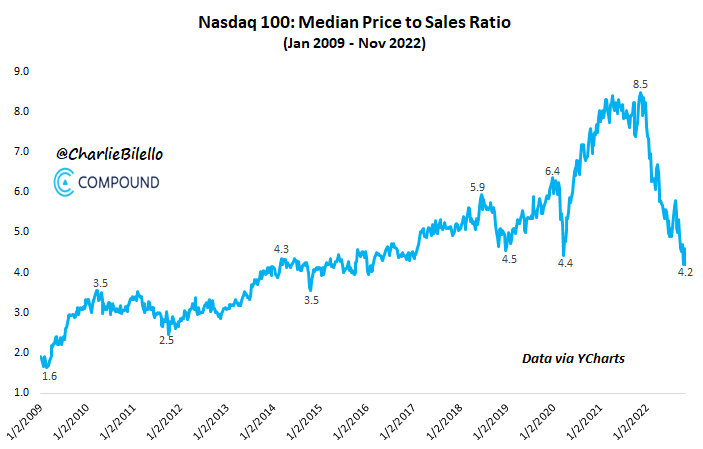 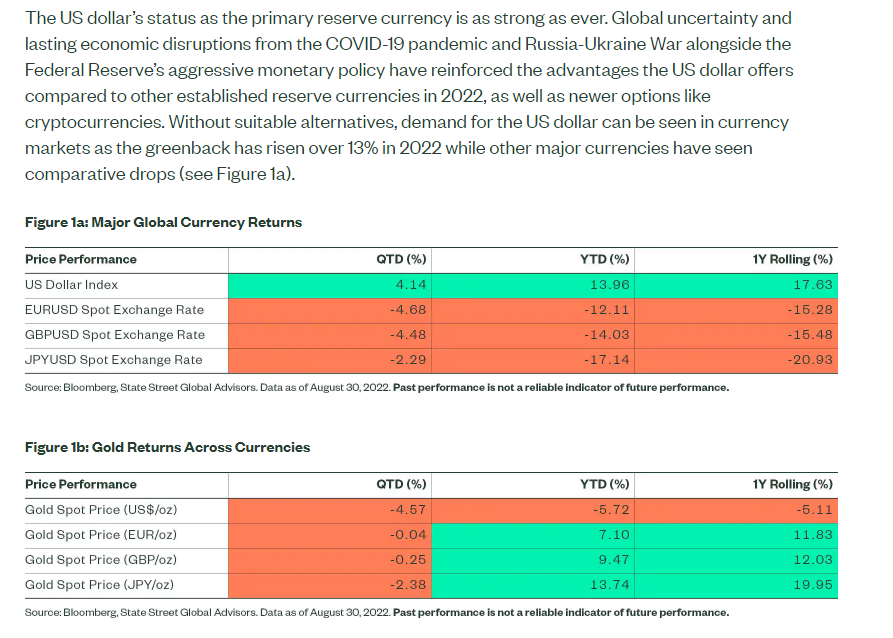 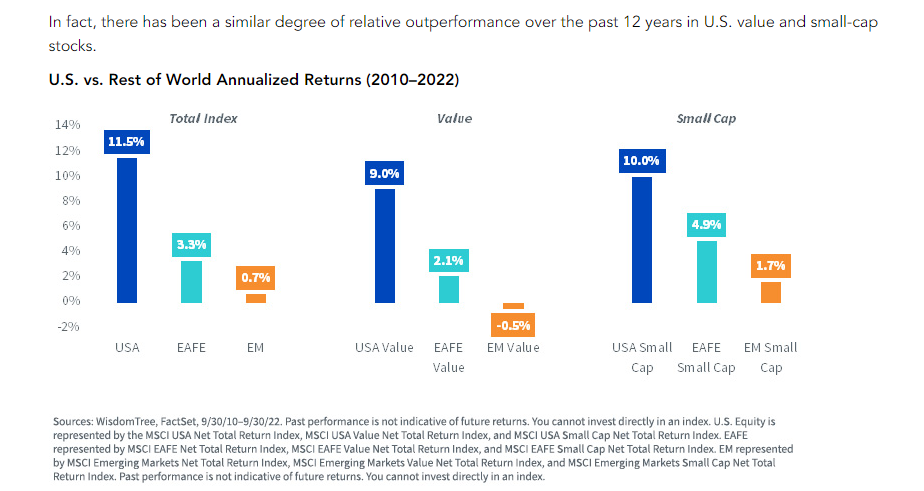 COIN next run on the bank for Crypto space??? 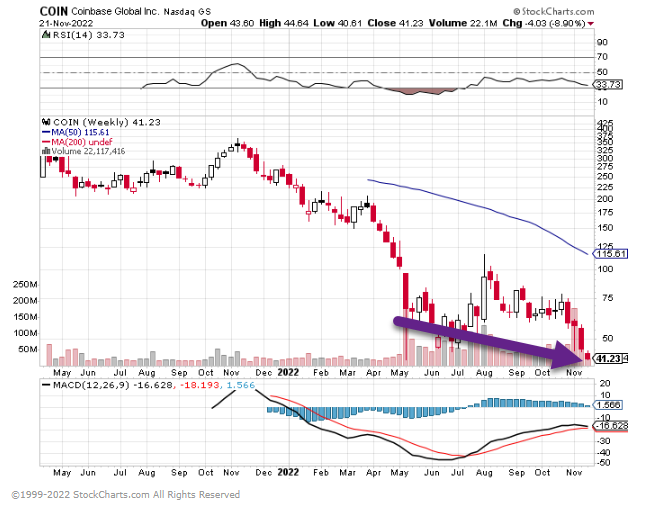 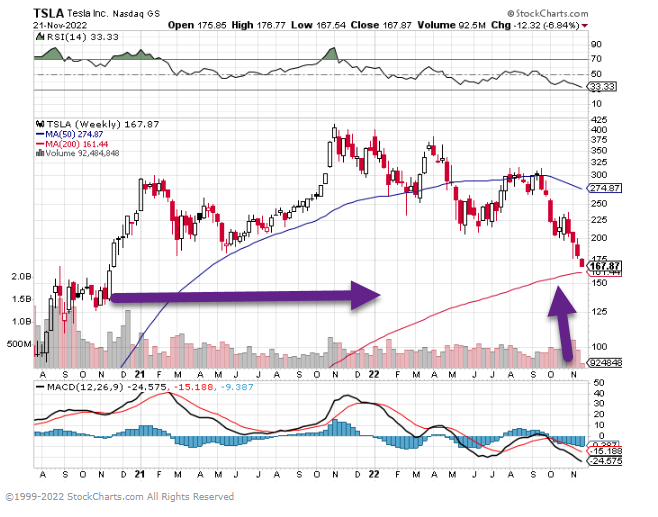 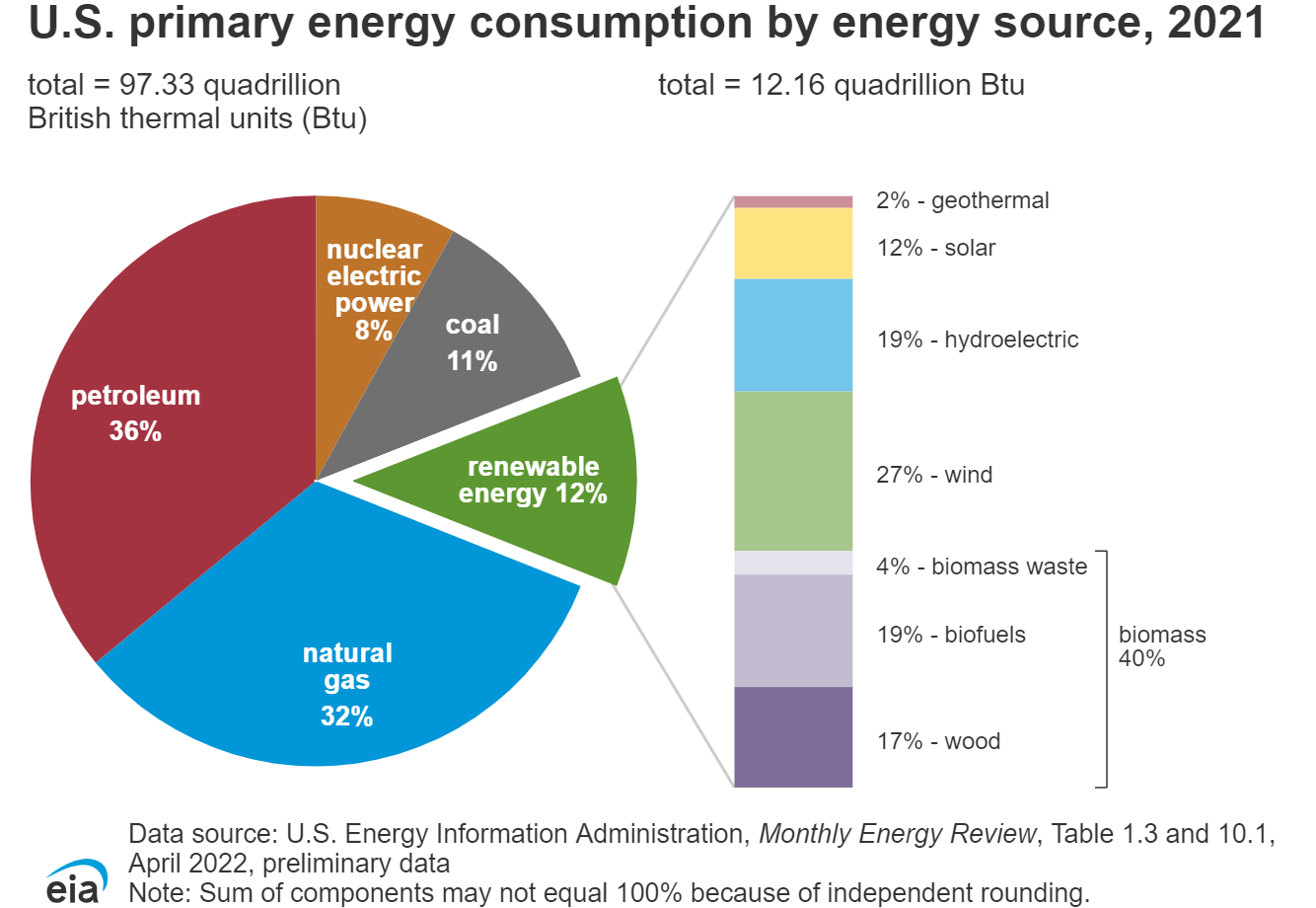 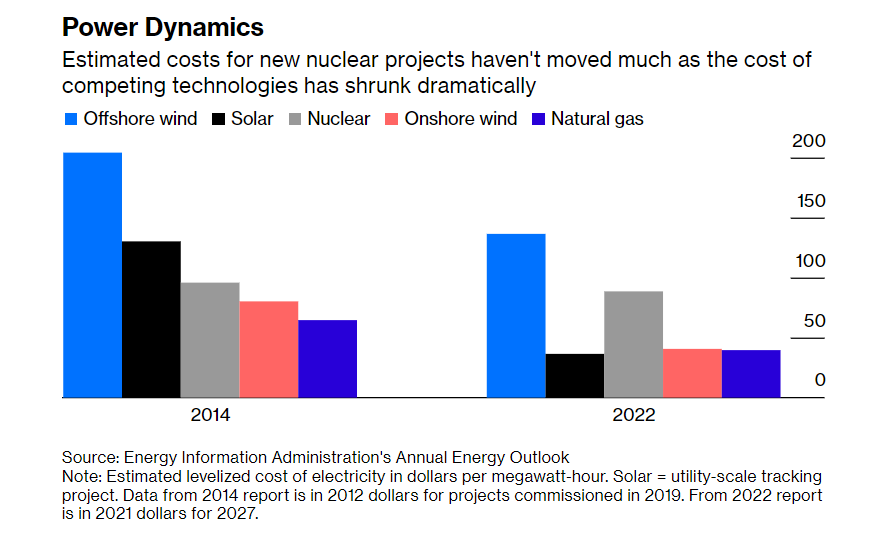 Chartr.com New (old) model Toyota is updating the Prius, its pioneering hybrid model, some 22 years since the car first hit the US market. Now into its fifth generation, the Japanese carmaker’s iconic eco-friendlier vehicle is losing favor with climate-conscious consumers. Sales have fallen nearly every year since 2012 — when more than 230,000 vehicles in the Prius family were sold in the US.
Out of gasThe new Prius will launch in Japan, Europe, and North America in 2023 and comes with some enhanced climate credentials, like its 50% boosted EV driving range and improved solar power capabilities. However, with growing emphasis on (and consumer interest in) fully-electrified models, it’s not entirely clear where the Prius plugs into the market.
The company confirmed, for instance, that the new model would not be on sale in the UK due to waning demand, and it’s not just Britain either. US Prius sales could be on for their worst year since 2004, with just under 30,000 sold so far in 2022.
Toyota does have plans to become a little more Tesla by 2030, with a pledge to push 50% of its spending in the next 8 years into the battery electric vehicle game (where they only have one car at the moment). But they don’t seem ready to say goodbye to an old favorite just yet. 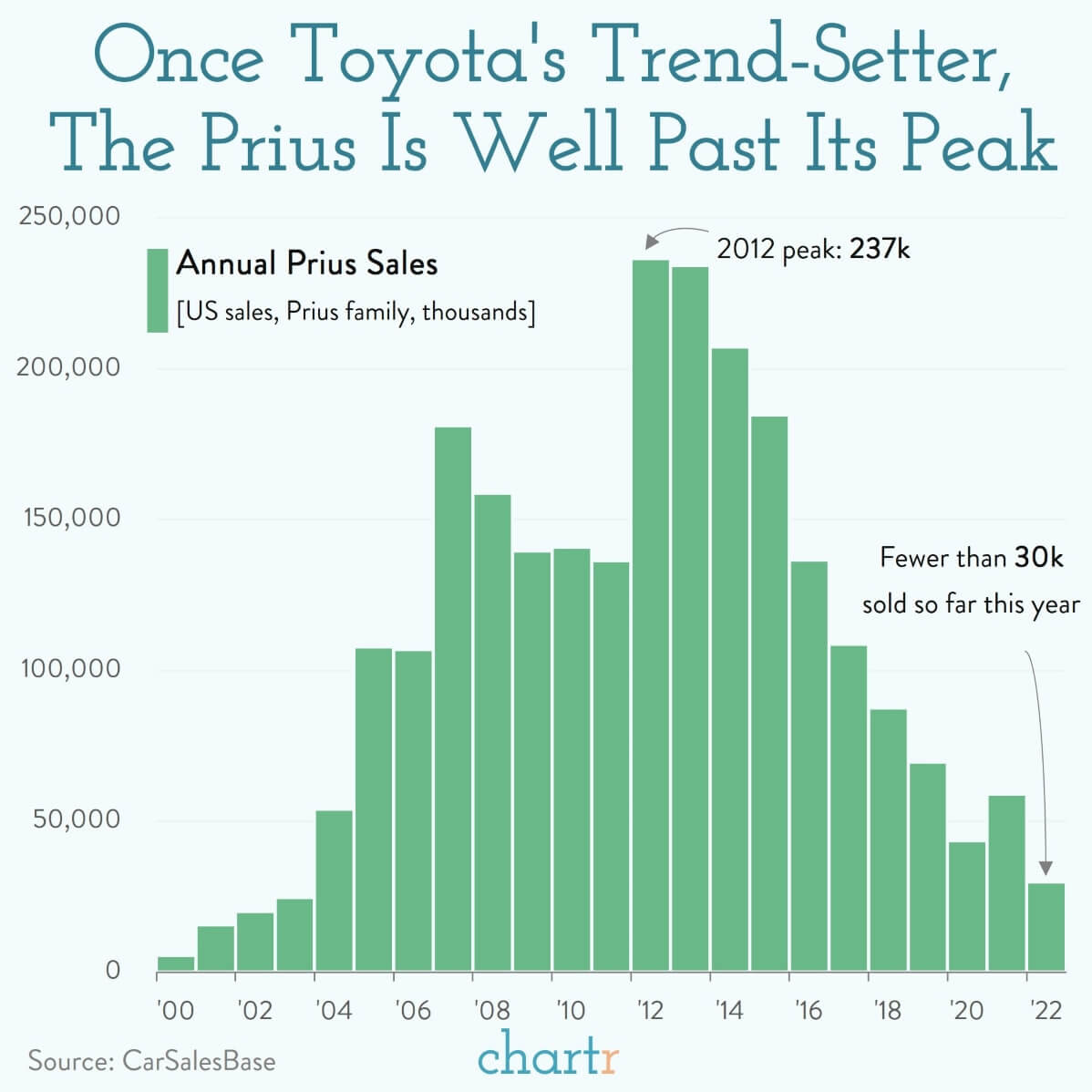 We’ve all been there: You want people to think that you’re confident and capable, but somehow, you wind up saying the wrong things that create a sense of arrogance, which is rooted in insecurity.

As word experts and hosts of NPR’s award-winning podcast “You’re Saying It Wrong,” we’ve found ways to help you tread that fine line between looking confident and looking like you’re arrogant and insecure.

Here are 10 phrases to ditch if you want to sound more self-assured and likable, according to behavioral experts and psychologists:

You don’t mean to brag? Then don’t. People who set up a statement with this phrase automatically signal that they are about to, yes, brag, which turns listeners off.

Plus, since bragging is one of the hallmarks of narcissistic behavior, you’re not coming off as confident, but just full of yourself.

The scenario: A coworker explains something to you, and you reply: “Of course. I already knew that.”

You might think this response makes you sound knowledgeable, but it actually sounds dismissive and arrogant. A simple “thanks” or “yes” is a better way to respond to someone’s explanation.

It’s fine to be sure about things, but don’t overdo it, especially if you’re actually not sure. Research shows that narcissists rarely use words like “maybe,” “guess” or “perhaps.”

Being confident enough to say that you don’t know something can be the best way to initiate trust in your judgment. It also makes others feel empowered to explain things to you.

This immediately sets up an adversarial conversation: You’re overtly indicating that you’re about to say something that could — and probably will — offend someone.

Sounding like you think you have the authority to critique others won’t win you any friends. To compound matters, it’s also textbook passive-aggressive behavior.

When people hear a lot of “I’s” and “me’s,” there’s a strong chance they might think of you as self-centered or narcissistic.

Research shows that people feel more positive about other people who use inclusive words like “we” and “our team.” When writing emails or text messages, check to see how many of your sentences start with an “I.” Chances are there are more than you think.

This is a passive-aggressive way of indicating that you think you know better. When you follow up a comment or criticism with a “just kidding” in an attempt to take the sting out of it, you’re not fooling anyone. You’re just insulting the other person.

It’s better to simply not say anything that has to be laughed off in the first place.

This phrase is practically guaranteed to irritate the listener. Again, you’re being dismissive of the other person’s knowledge or capabilities.

8. “I’m surprised you’re having problems with this. It’s so easy!”

Maybe you really are surprised that someone can’t do or understand something, and maybe you really do think it’s so easy. But saying it out loud only makes you sound like a know-it-all.

Some people use this phrase when they’ve outlined an idea or plan, but their colleague says that it won’t work or that it isn’t great.

Studies show that narcissists rarely admit that their ideas might not be the right thing to do, and this kind of statement could make people suspect you are one.

This is another “I know best” phrase, which can make you come off as arrogant instead of helpful. If you want to give advice, rephrase it to be supportive — rather than judgmental — by asking questions like, “Have you tried …?” or “What about …?

Communication patterns that turn people off

These aren’t phrases, but they are common communication mistakes we’ve seen that can make you look like a conversational narcissist:

It’s rude to cut people off while they’re speaking. Maybe you’re eager to prove you know what they’re talking about; perhaps you think your input is needed and you can’t wait. Well, wait. It’s that simple.

Talking too much in general

Dominating a conversation by talking (and talking and talking) doesn’t make you look like an expert. It makes you look like you’re overly fond of your own voice, views and ideas.

Making everything about you

A colleague mentions that they are feeling burned out, and you immediately start talking about how burned out you feel lately.

Remember: It’s not always about you. Even if you think your empathy or input will win you points, you’re actually undermining yourself.

Kathy and Ross Petras are the brother-and-sister co-authors of the NYT bestseller ”You’re Saying it Wrong,” as well as ”Awkword Moments″ and “That Doesn’t Mean What You Think It Means.” They co-host NPR’s award-winning podcast ”You’re Saying It Wrong.” Their newest book, ”A History of the World Through Body Parts,” is a quirky history of things you didn’t learn through textbooks. Follow them on Twitter @kandrpetras.