1. Each of the prior 14 rate rising cycles something broke 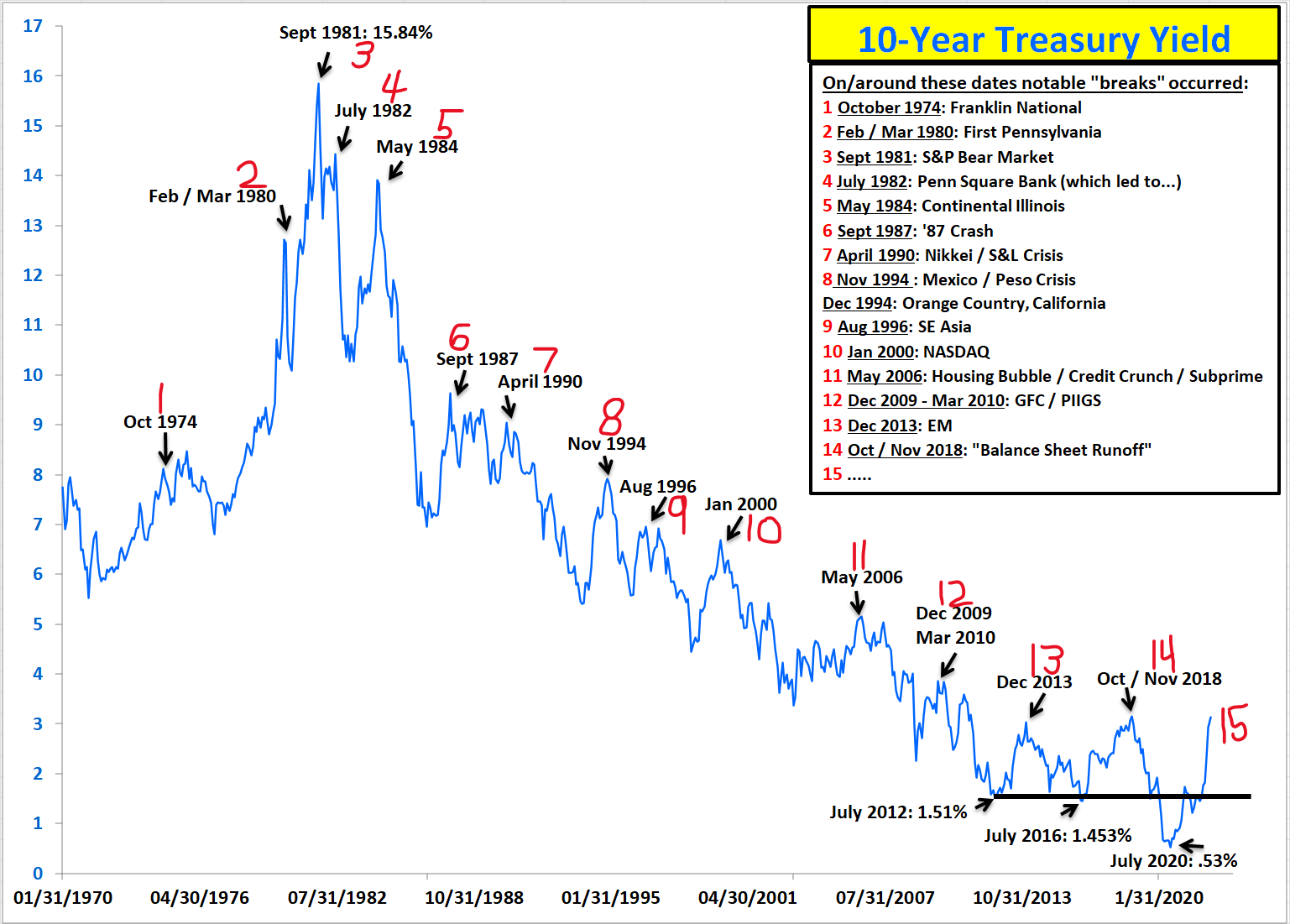 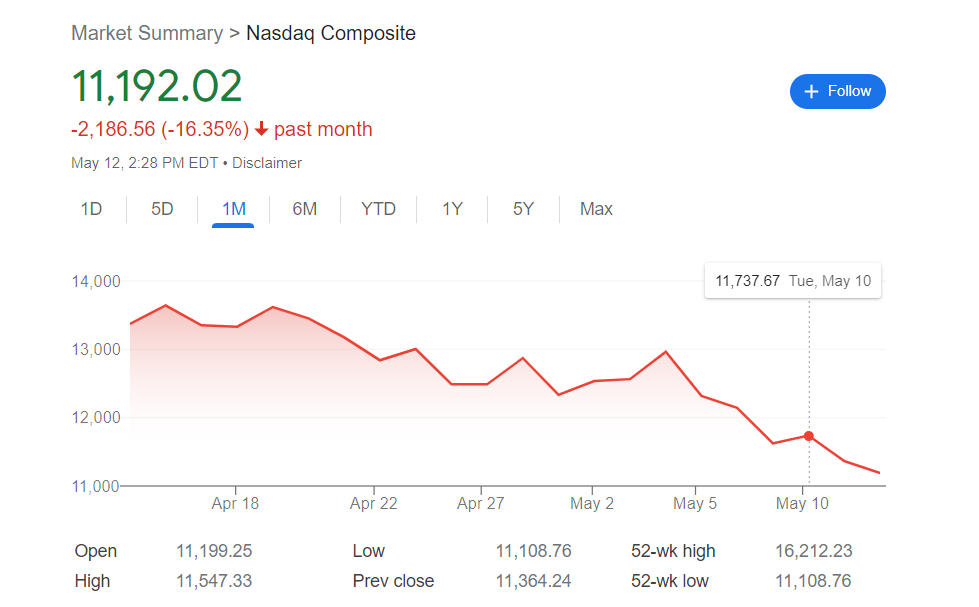 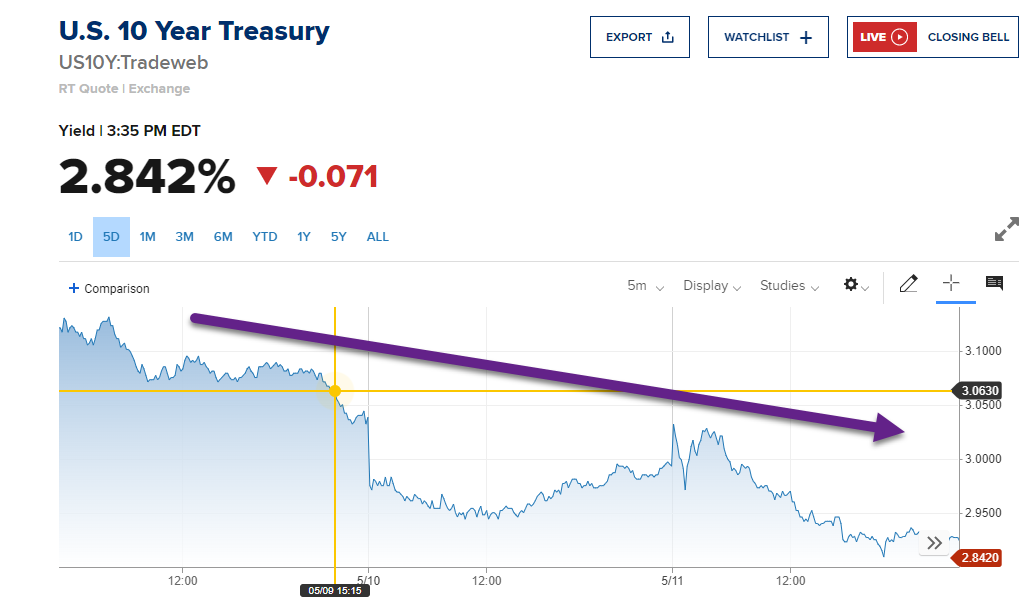 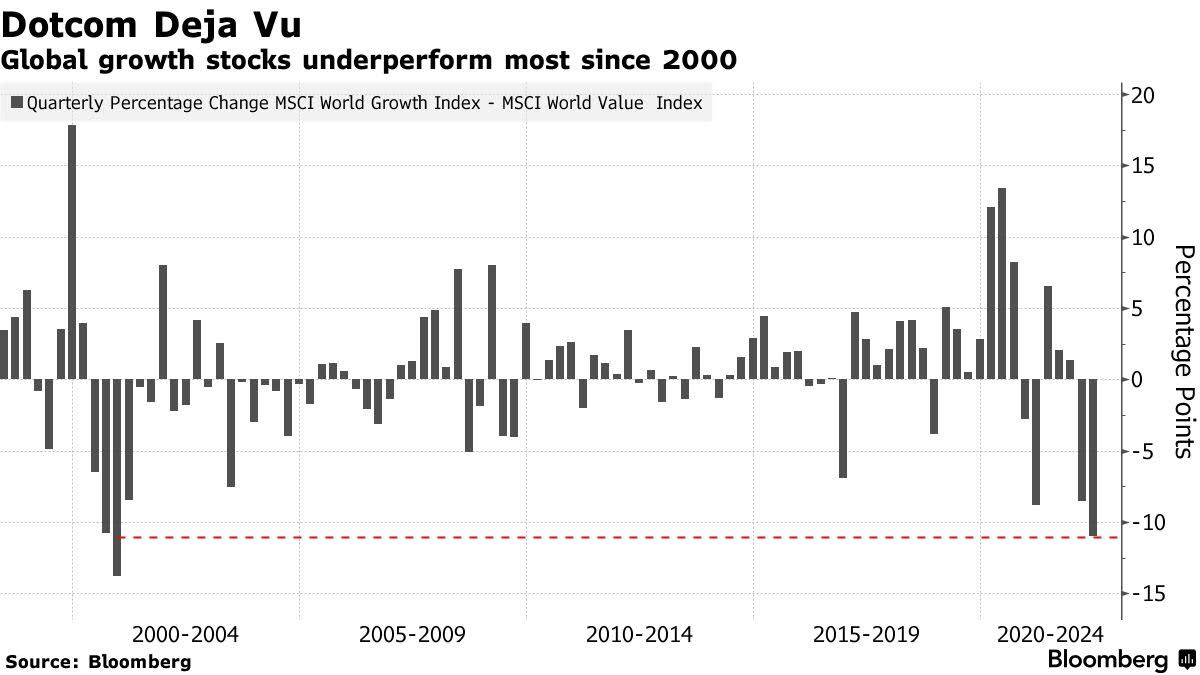 4. Valuations Getting Close to 25 Year Median Levels Based on Forward P/E 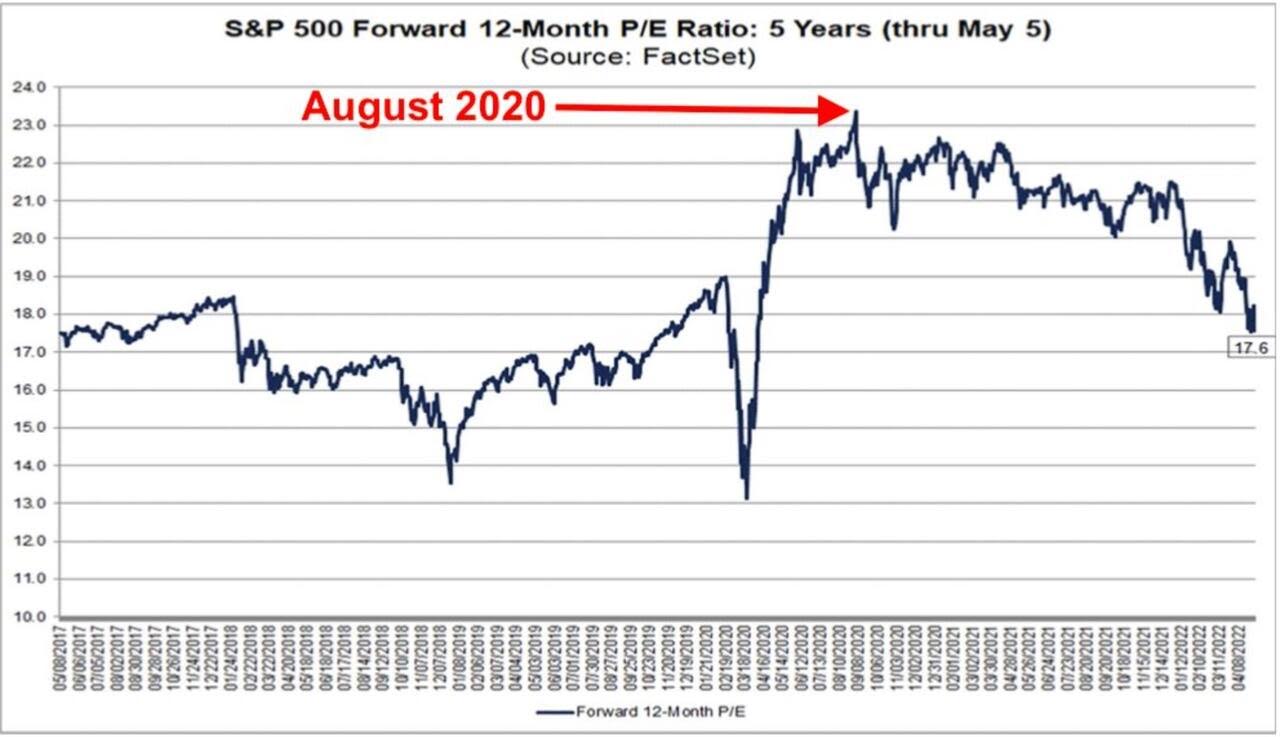 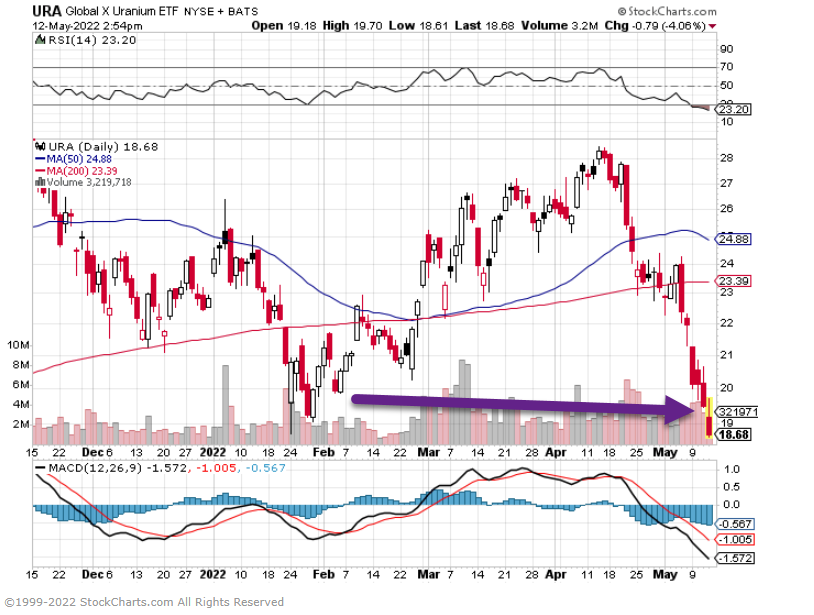 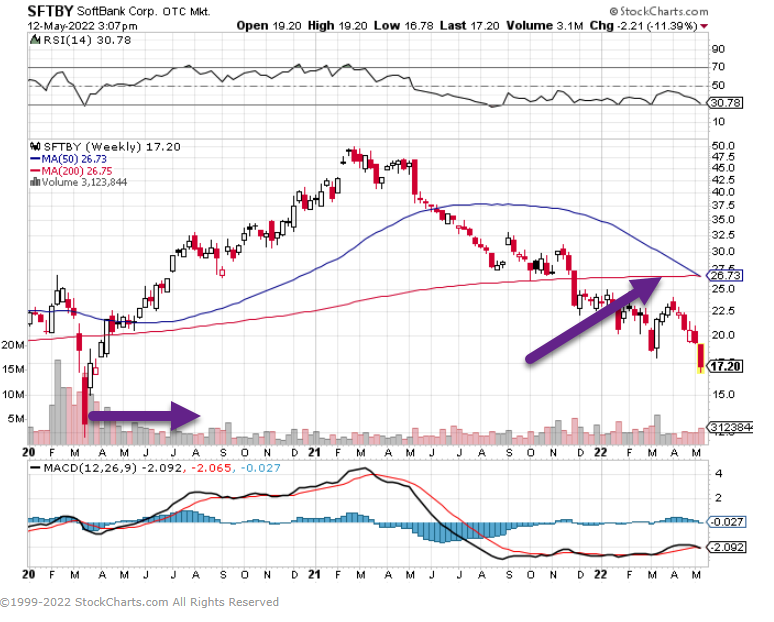 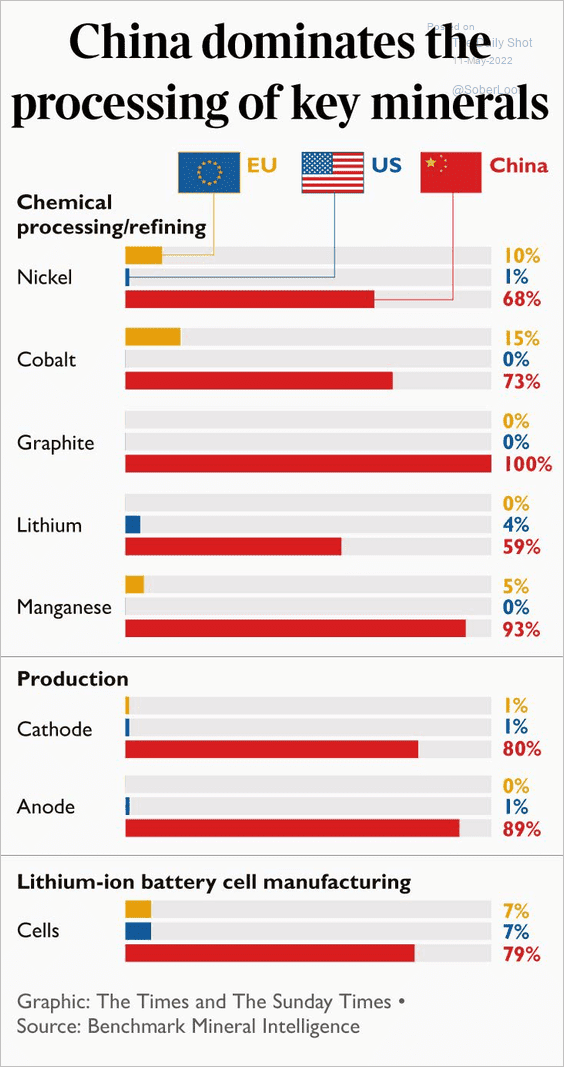 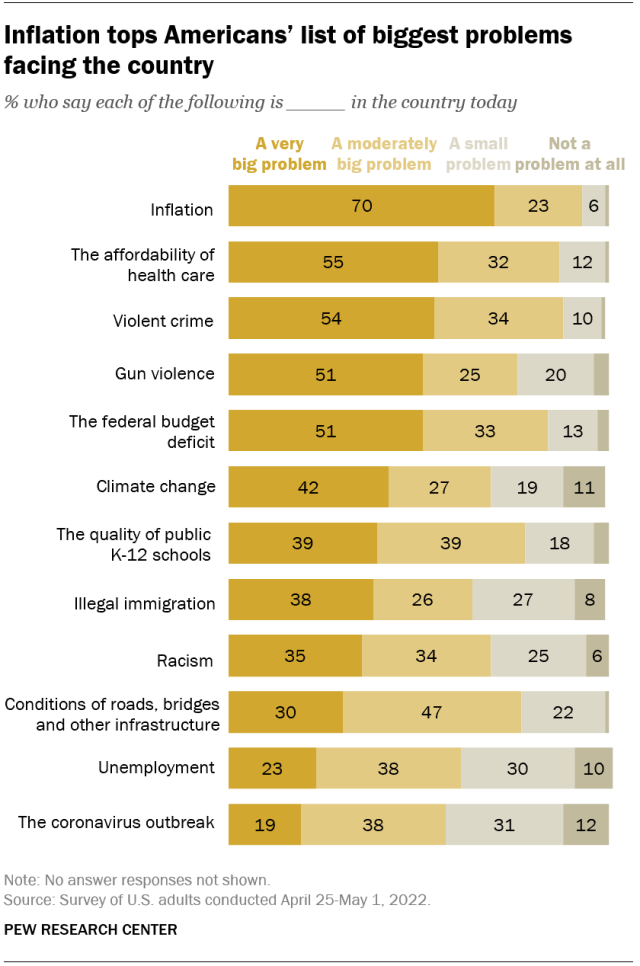 The U.S. is experiencing an unprecedented housing inventory crunch, but no city in the nation has seen the available homes for sale drop more than El Paso. In March of this year, there were just 1,154 homes listed for sale in El Paso County, down 78% from March 2017—the steepest decline of any highly populated U.S. county over that period, according to a MarketWatch analysis. In El Paso, the median home had been on the market for just 38 days as of March, down from about 3.5 months five years earlier. Investor purchases in March more than doubled from five years earlier, while all-cash deals were up 130%, according to data from Attom Data Solutions. 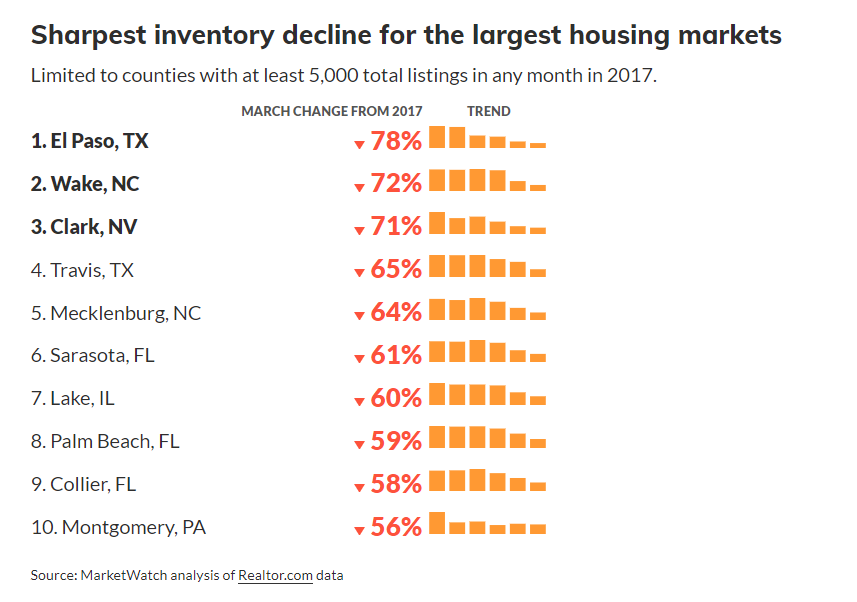 10. Deepak Chopra: A Life of Fullfillment

On his 14th birthday, Deepak Chopra’s father made a small, yet purposeful gesture: He gave his son some novels by Sinclair Lewis and W. Somerset Maugham as a birthday gift.

Chopra’s father was a doctor in their native India, and he wanted his son to become a doctor, too. Chopra dreamed of becoming a writer. He ignored biology and chemistry in school. “The people I most admired were journalists and other writers who were friends of the family,” he told SUCCESS. “I had no interest in being a physician. But my father knew two things: that I had a fertile imagination and that those books were all about doctors and healers. At 14, you’re very pliable, so after reading them, I went to my father and said I wanted to be a physician.”

Imagine the knowing smile on dad’s face. Chopra went on to America to become a respected endocrinologist, a medical school professor and eventually, one of the foremost proponents of mind-body medicine, or the combination of Western medical knowledge with ancient Eastern philosophies. He is also the author of more than 50 books, including Reinventing the Body, Resurrecting the Soul. And today, when you consider that our culture’s standard definition of success is money, fame and influence, Deepak Chopra indeed has collected them all.

But that last sentence cheapens his accomplishments. He didn’t just become successful. He fulfilled his own definition of success. That’s a far richer accomplishment. The fact that he fulfilled the fame/fortune/ power success trifecta along the way (what he calls the “restricted” definition of success) is almost a byproduct. “I define success as the following,” Chopra says. “No. 1, the progressive realization of worthy goals. No. 2, the ability to love and have compassion. No. 3, to be in touch with the creative source inside you. And No. 4, to ultimately move from success to significance.”

That last part is crucial. It’s what creates people like Bill Gates and Warren Buffett—people whose material success becomes great enough that they can concentrate on more humanistic and satisfying endeavors, or “significance,” as Chopra says. Through that work, they become greater than their success, and ultimately, when they’re alone, out of the spotlight, that’s what drives them. “Material success by itself without significance to the common good ultimately is not fulfilling,” says Chopra, and he speaks from experience.

In short, folks like Gates, Buffett and Deepak Chopra are not the type who think about making enough money to “retire by 40,” or some other target age. They don’t think about retiring at any age. They’re at war with dissatisfaction, which keeps them fine-tuning their A-game and their long-term goals. Money is simply the byproduct of that process.

Now, Chopra warns, that’s not to say that material success isn’t exciting. “Oh, in the beginning it’s very exciting,” he says with a chuckle. “Though, over many years of soul-searching and observing people, I have discovered to my own amazement, actually, that being extremely wealthy is meaningless.”

He cites a close friend of his, a multimillionaire, as proof. “This man’s level of happiness or misery depends every evening on an e-mail that informs him what his net worth is, based on what the stock market did that day. What kind of life is that? He’s a classic example of millions of dollars not making a person happy.”

“Material success by itself without significance to the common good ultimately is not fulfilling.”

So the secret is to forget all about money? Not at all. “Financial security is very important,” says Chopra, for the freedom it allows. However, the secret to real success goes deeper. Don’t pursue happiness, he says. Especially don’t pursue excitement, like the kind provided by making and spending big numbers. Pursue excellence. Pursue fulfillment. And Chopra has done that by fulfilling not society’s definition of success, but his own. It’s real. It’s meaningful. And the best part: It’s all his.

“True wealth comes from creativity,” he says. “Somehow, in modern society, wealth and money have become equated. Money is not wealth. Wealth in its true sense is success,” as Chopra defines it for himself.

How does creativity impact success? Creativity is all about its root word: Create something of value that wasn’t there before. Creativity is also freedom of thought directed toward your goals. Very few people embrace this, Chopra says. Oh, they talk a terrific game about life goals and potential business models and cool new ideas to increase income streams. But true creativity requires an open mind and curiosity, two phenomena that have become rare these days.

Why? Today, people don’t have open minds. Many of us are closed off to even the slightest deviation in mindset, even though most people would probably consider themselves “creative” and “curious.” They’re liars, says Chopra, and two factors—the financial crisis and Sept. 11—prove it.

“Curiosity and open-mindedness mean being aware of what’s going on in your world,” he says. “What has happened in the past couple decades with economic disasters is the result of not having full awareness of what’s really happening around us. We were forced to do that after 9/11. Now we know more about the rest of the world, and we also see the context in which violence arises, in which power arises, in which ecological disasters occur.”

You might ask, What does that have to do with fulfilling my potential? Well, being locked up in your own mindset means being locked out of the world around you. “Creativity, imagination, insight, intuition, conscious choice-making, love, compassion, understanding— these are the qualities of a core consciousness that we come with into the world as children,” Chopra says. “But then we get programmed into the hypnosis of social conditioning, which says instant gratification is the way to be happy. That’s sold to us every single day.”

Chopra says research over the past five years has shown that when adversity strikes, happier people tend to see creative opportunities, while unhappier people see, well, adversity. “It’s programmed through childhood through a phenomenon called mirror neurons,” he says. “If you saw people complaining all the time when you were a kid, that’s what you do. Your neurons mirror the behavior.” To change your mindset, step back and ask yourself, How can I turn this into an opportunity?

This is not the same as “sleeping with the enemy.” It simply means make an effort to connect with those you have the least in common with, or even flat-out disagree with, and dissect their point of view until you understand its inherent value (it’s there, alright). This, Chopra says, is the hallmark of the creative, curious, open mind. “There has been a lot of literature on emotional intelligence, social intelligence, and how they’re all linked. We have a person who is now president who, on some level, knew all this. He bonded with America in a way that was amazing, despite the fact that his middle name is Hussein, and he transcends in many ways the definition of identity: Is he black? Is he white? And yet, he beat all the odds and became president.”

Such a simple concept, but a hallmark of learning that’s, again, ignored by many (even with pride by some). But reading is what allowed Chopra to fulfill two life dreams. The boy who wanted to be a writer instead became a doctor… who has written more than 50 books. Indeed, you can fulfill multiple destinies. Chopra could not have done that without reading and more reading. “Books have always influenced my life. I get a strange sense of joy boarding a plane knowing I’m carrying 100 books [on my Kindle].”

This article was published in November 2009 and has been updated. Photo by Getty.