Dorsey Wright–There have been a total of 177 pullbacks for NDX since the end of 1992 (not including the current drawdown). The average peak to trough drawdown for those instances sits at -10.66% with a median of -9.68%. It took the Nasdaq 100 Index just over 19 days on average from each peak to reach the trough. Less than half of the pullbacks ultimately led to a 10% correction, with the average decline from the date of each pullback to each trough sitting at -4.53%. The index averaged just under 60 days between each 5% pullback, which would lead to six such events each year. 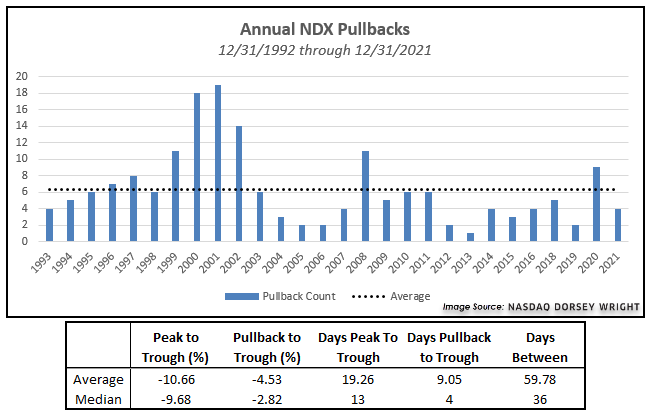 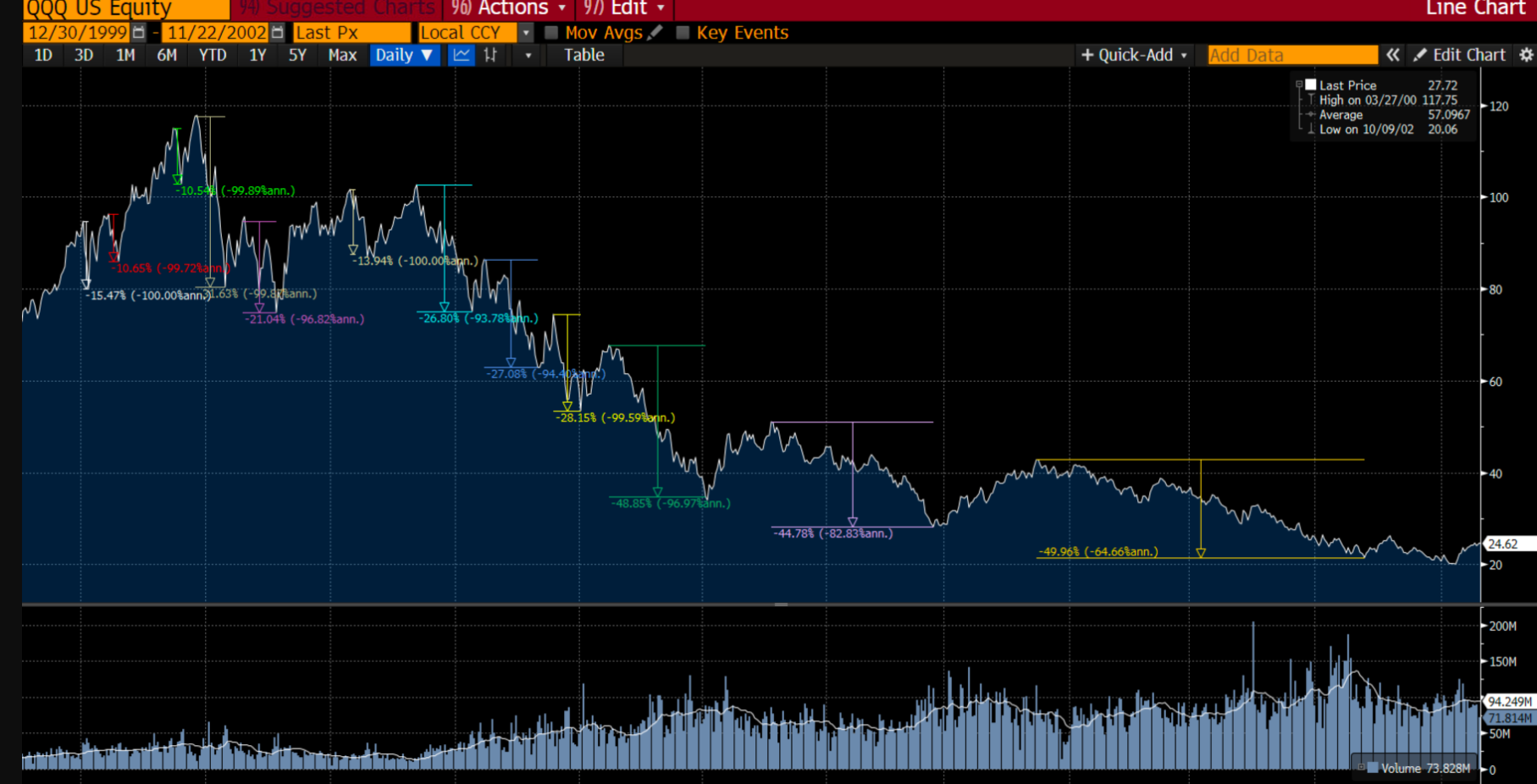 POSITIONING– Latest BofA Fund Manager Survey highlights that investors have dipped into cash to up allocation to commodities (ATH) & equities; investors shifted from credit to commodities, growth to value, tech to banks. 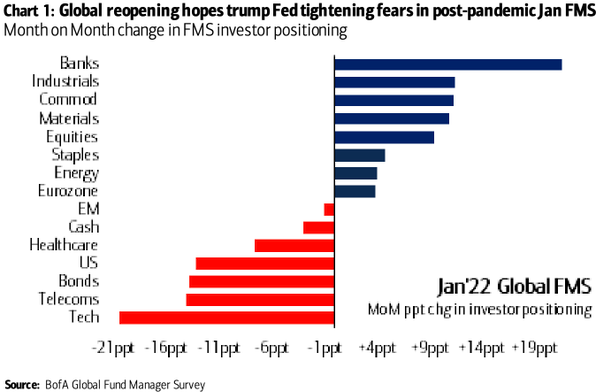 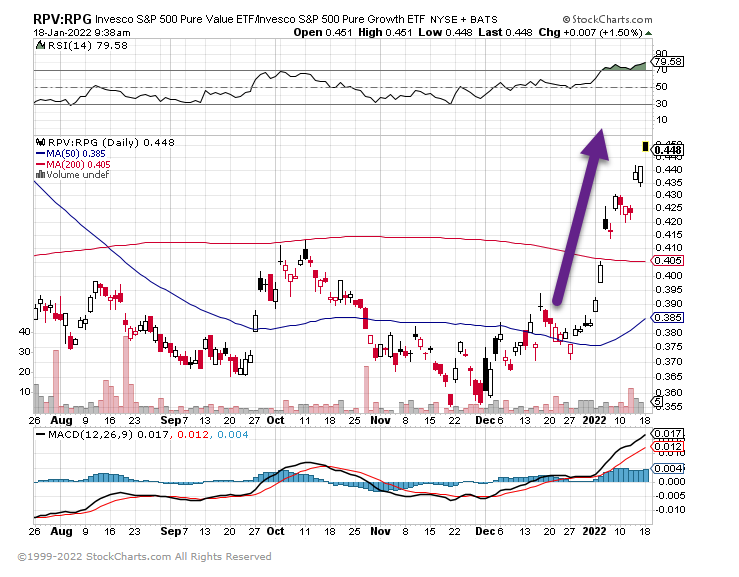 US Retail Sales ended the year on a weak note, falling 2.1% in December before adjusting for inflation and -2.5% in inflation-adjusted terms. This was likely due in no small part to reduced travel and leisure activity from the exponential spread of the Omicron variant. But there are also signs that consumers may be starting to hold off on discretionary purchases given the sharp rise in prices and wages that are now failing to keep pace with inflation. 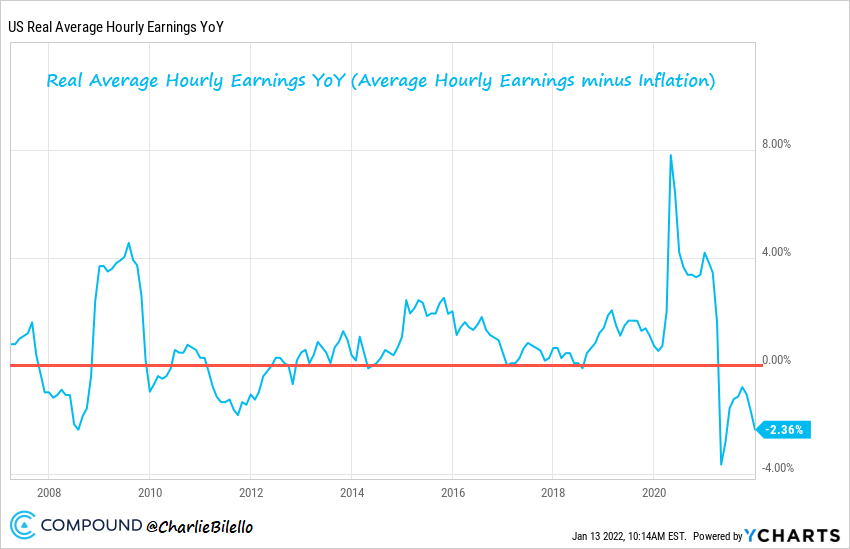 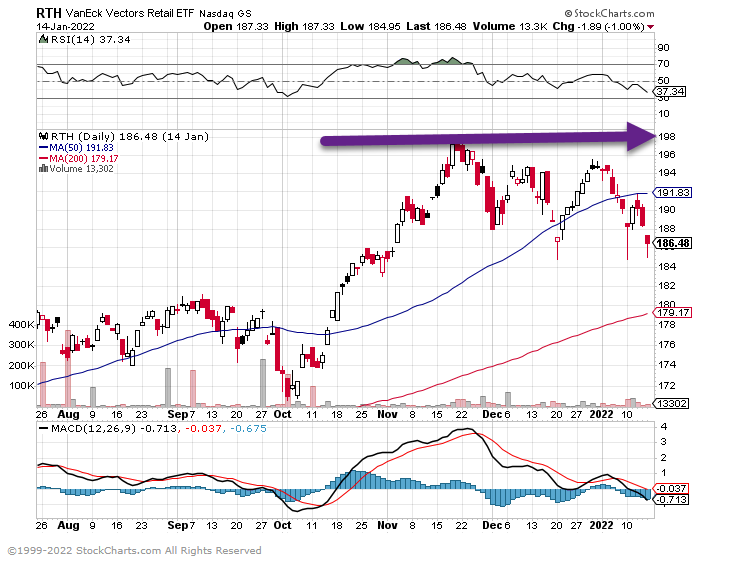 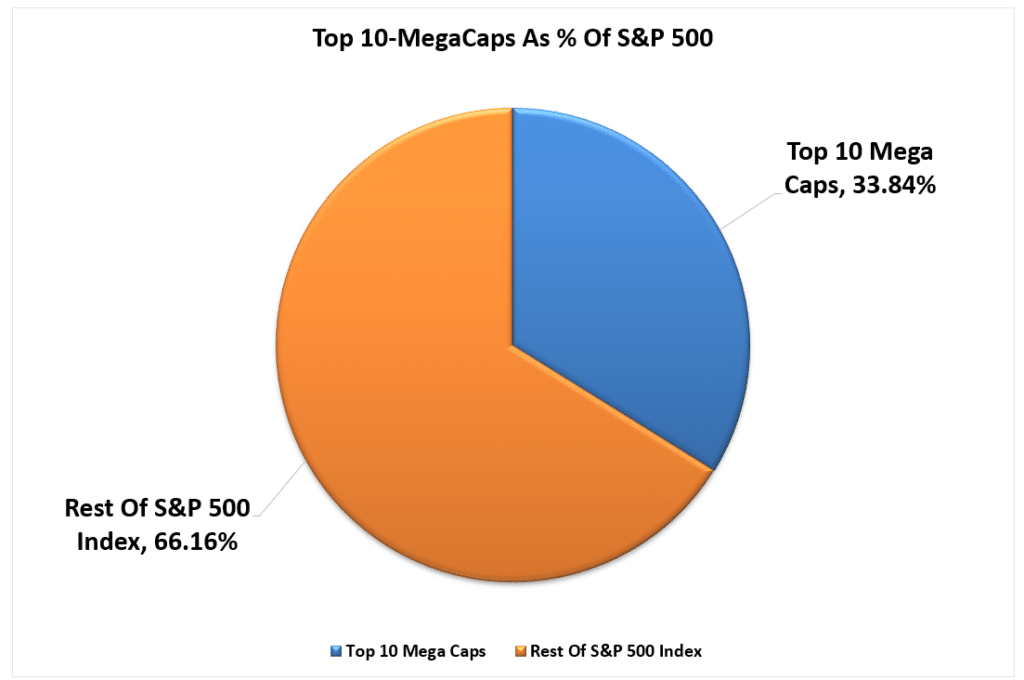 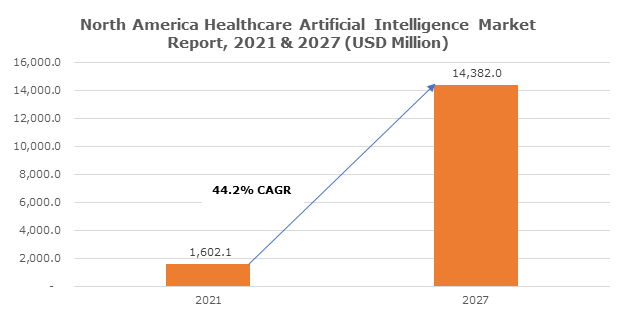 9. Fear and Greed Index Only Neutral So Far…….. 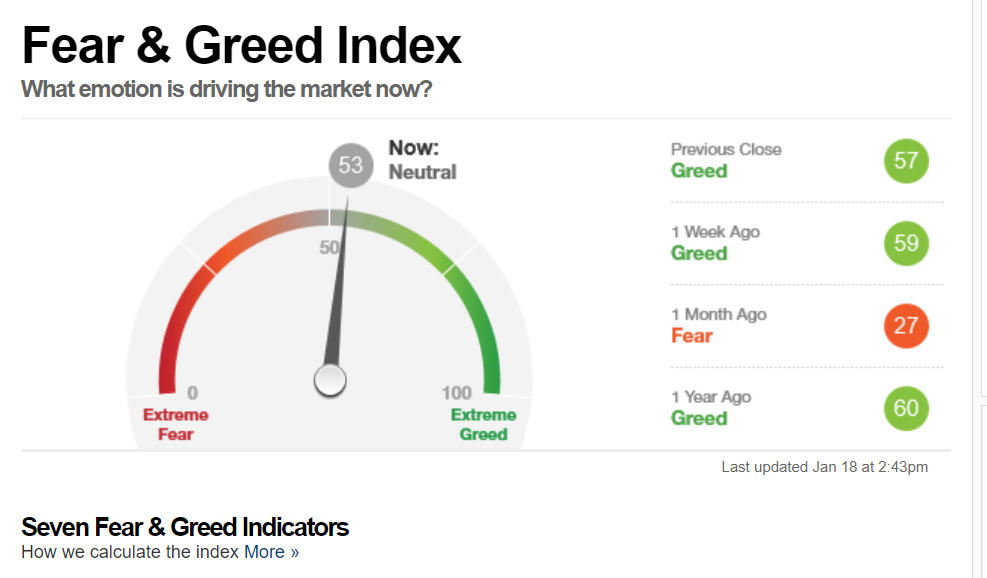 The absolute view considers your level of success compared to everyone else. What makes someone the best in the world in a particular domain? When viewed at this level, success is nearly always attributable to luck. Even if you make a good initial choice—like Bill Gates choosing to start a computer company—you can’t understand all of the factors that cause world-class outcomes.

As a general rule, the wilder the success, the more extreme and unlikely the circumstances that caused it. It’s often a combination of the right genes, the right connections, the right timing, and a thousand other influences that nobody is wise enough to predict.

As a general rule, the wilder the success, the more extreme and unlikely the circumstances that caused it.

Then there is the relative view, which considers your level of success compared to those similar to you. What about the millions of people who received similar levels of education, grew up in similar neighborhoods, or were born with similar levels of genetic talent? These people aren’t achieving the same results. The more local the comparison becomes, the more success is determined by hard work. When you compare yourself to those who have experienced similar levels of luck, the difference is in your habits and choices.

There is an important insight that follows naturally from this definition: As outcomes become more extreme, the role of luck increases. That is, as you become more successful in an absolute sense, we can attribute a greater proportion of your success to luck.

As Nassim Taleb wrote in Fooled by Randomness, “Mild success can be explainable by skills and labor. Wild success is attributable to variance.”

Both Stories are True

Sometimes people have trouble simultaneously holding both of these insights. There is a tendency to discuss outcomes in either a global sense or a local sense.

The absolute view is more global. What explains the difference between a wealthy person born in America and someone born into extreme poverty and living on less than $1 per day? When discussing success from this angle, people say things like, “How can you not see your privilege? Don’t you realize how much has been handed to you?”

The relative view is more local. What explains the difference in results between you and everyone who went to the same school or grew up in the same neighborhood or worked for the same company? When considering success from a local viewpoint, people say things like, “Are you kidding me? Do you know hard I worked? Do you understand the choices and sacrifices I made that others didn’t? Dismissing my success as luck devalues the hard work I put in. If my success is due to luck or my environment, then how come my neighbors or classmates or coworkers didn’t achieve the same thing?”

Both stories are true. It just depends on what lens you are viewing life through.

The Slope of Success

There is another way to examine the balance between luck and hard work, which is to consider how success is influenced across time.

Here’s the key: You can only control the slope of your success, not your initial position.

In Atomic Habits, I wrote, “It doesn’t matter how successful or unsuccessful you are right now. What matters is whether your habits are putting you on the path toward success. You should be far more concerned with your current trajectory than with your current results.”

You can only control the slope of your success, not your initial position.

With a positive slope and enough time and effort, you may even be able to regain the ground that was lost due to bad luck. I thought this quote summarized it well: “The more time passes from the start of a race, the less the head-start others got matters.”

This is not always true, of course. A severe illness can wipe out your health. A collapsing pension fund can ruin your retirement savings. Similarly, sometimes luck delivers a sustained advantage (or disadvantage). In fact, one study found that, if success is measured by wealth, then the most successful people are almost certainly those with moderate talent and remarkable luck.

In any case, it is impossible to divorce the two. They both matter and hard work often plays a more important role as time goes on.

This is true not only for overcoming bad luck, but also for capitalizing on good luck. Bill Gates might have been incredibly fortunate to start Microsoft at the right time in history, but without decades of hard work, the opportunity would have been wasted. Time erodes every advantage. At some point, good luck requires hard work if success is to be sustained.

How to Get Luck on Your Side

By definition, luck is out of your control. Even so, it is useful to understand the role it plays and how it works so you can prepare for when fortune (or misfortune) comes your way.

In his fantastic talk, You and Your Research, the mathematician and computer engineer Richard Hamming summarized what it takes to do great work by saying, “There is indeed an element of luck, and no, there isn’t. The prepared mind sooner or later finds something important and does it. So yes, it is luck. The particular thing you do is luck, but that you do something is not.”

You can increase your surface area for good luck by taking action. The forager who explores widely will find lots of useless terrain, but is also more likely to stumble across a bountiful berry patch than the person who stays home. Similarly, the person who works hard, pursues opportunity, and tries more things is more likely to stumble across a lucky break than the person who waits. Gary Player, the famous golfer and winner of nine major championships, has said, “The harder I practice, the luckier I get.”

In the end, we cannot control our luck—good or bad—but we can control our effort and preparation. Luck smiles on us all from time to time. And when it does, the way to honor your good fortune is to work hard and make the most of it.