1. VIX Drops Back into Low Band 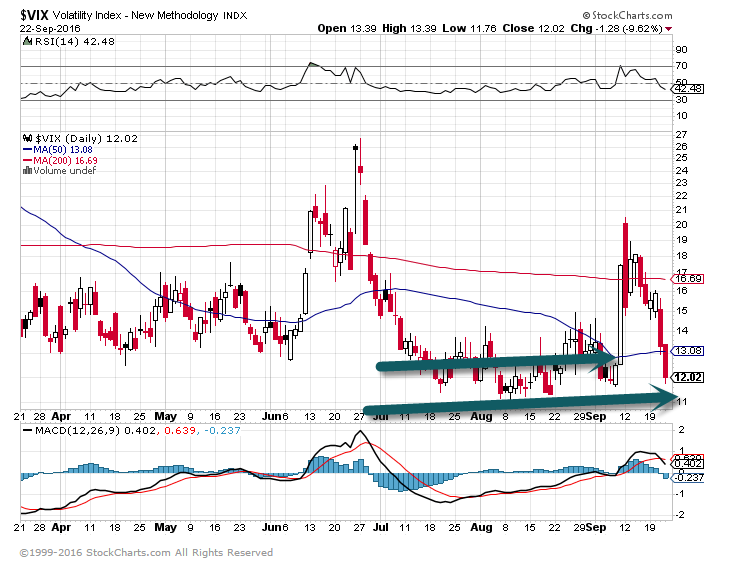 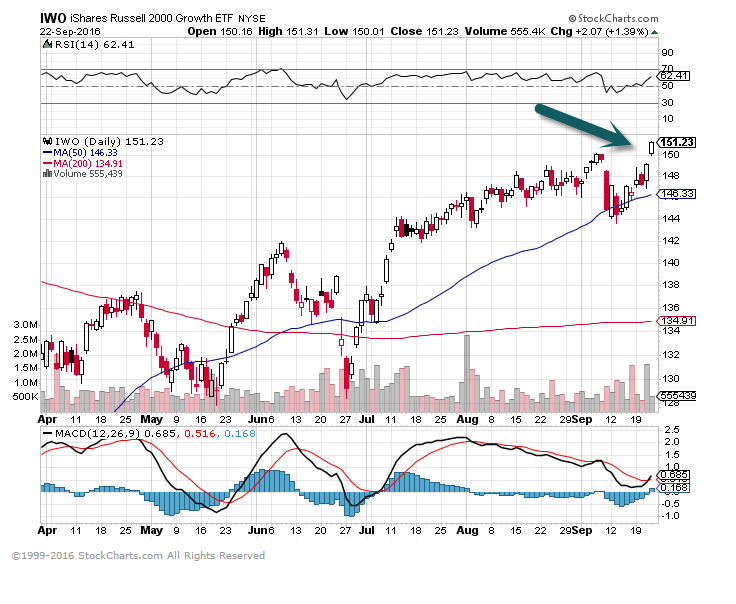 3. Breadth by Percentage Above 50 day by Sector…Utilities actually has the strongest breadth with 71.4% of stocks above their 50-days, but Technology is right on its heels at 70.1%.

What is ‘Market Breadth’

Market breadth is a technique used in technical analysis that attempts to gauge the direction of the overall market by analyzing the number of companies advancing relative to the number declining. Positive market breadth occurs when more companies are moving higher than are moving lower, and it is used to suggest that the bulls are in control of the momentum. Conversely, a disproportional number of declining securities is used to confirm bearish momentum. 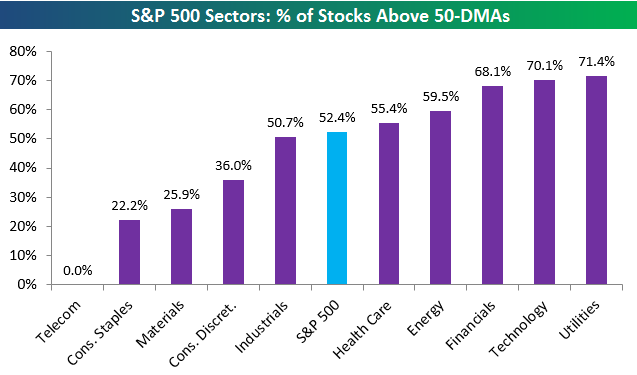 The overbought oversold reading for the All Us Equity Diversified universe is almost dead neutral. The Fund market is neither overbought nor oversold, but truly “fair,” right where it should be. Gaining entry into deeply oversold markets is a great technique. But we don’t see that type of reading.

The trend is your friend…until the end. August was a great green month for many hedge funds (with Multi-Strategy and Event-Driven strategies doing best). But, as RBC notes, ‘trend-following’ CTA/Managed Money funds “got smoked.”

Spot the odd strategy out… 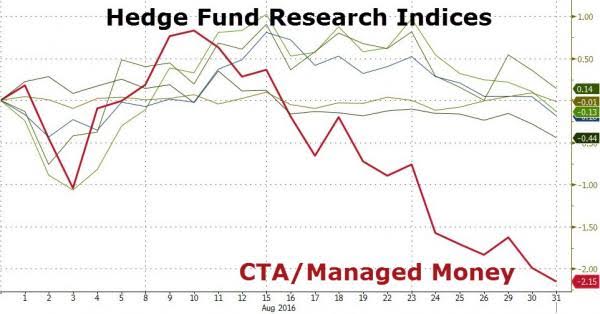 Wrong-way bets on everything from Treasury rates to commodities have cost trend followers as market correlation whipped up before this week’s meeting of the Federal Reserve. In particular, CTAs paid a price for betting interest rates would fall in the second half of the year, Credit Suisse said.

“The trend-following CTAs have given back the vast majority of a profitable first half of 2016 as their long equities, long rates and short crude gambit results in losses,” wrote Mark Connors, Credit Suisse’s global head of risk advisory in New York, in a note to clients Tuesday.

When this indicator moves, the gold price tends to follow

If you think you know where real US interest rates are heading, perhaps you should consider becoming a gold trader.

As this chart from Vivek Dhar, a mining and energy commodities analyst at the Commonwealth Bank shows, where one goes, the other tends to follow.

For clarity, real 10-year US note yields are the nominal rate less inflation, with the line inverted by Dhar. 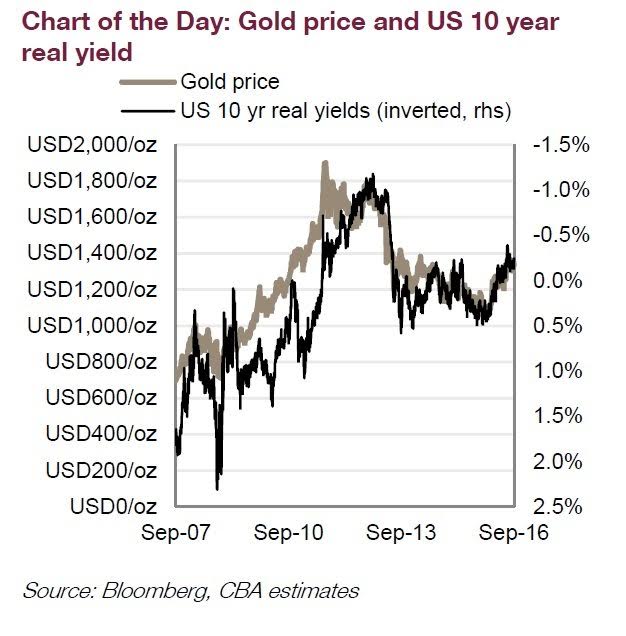 “Gold prices and US 10-year real yields have historically had a tight inverse relationship. We believe this relationship will continue to hold on the basis that lower yields should increase the appeal of non-US interest bearing assets like gold,” says Dhar.

“Therefore a higher Fed Funds rate will, all else held equal, have a negative impact on gold prices.”

Of course, as Dhar suggests, there are other considerations, including inflation rates, levels of risk aversion and movements in the US dollar. 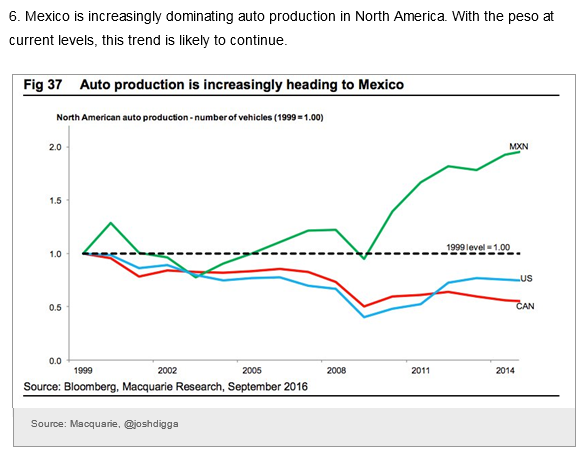 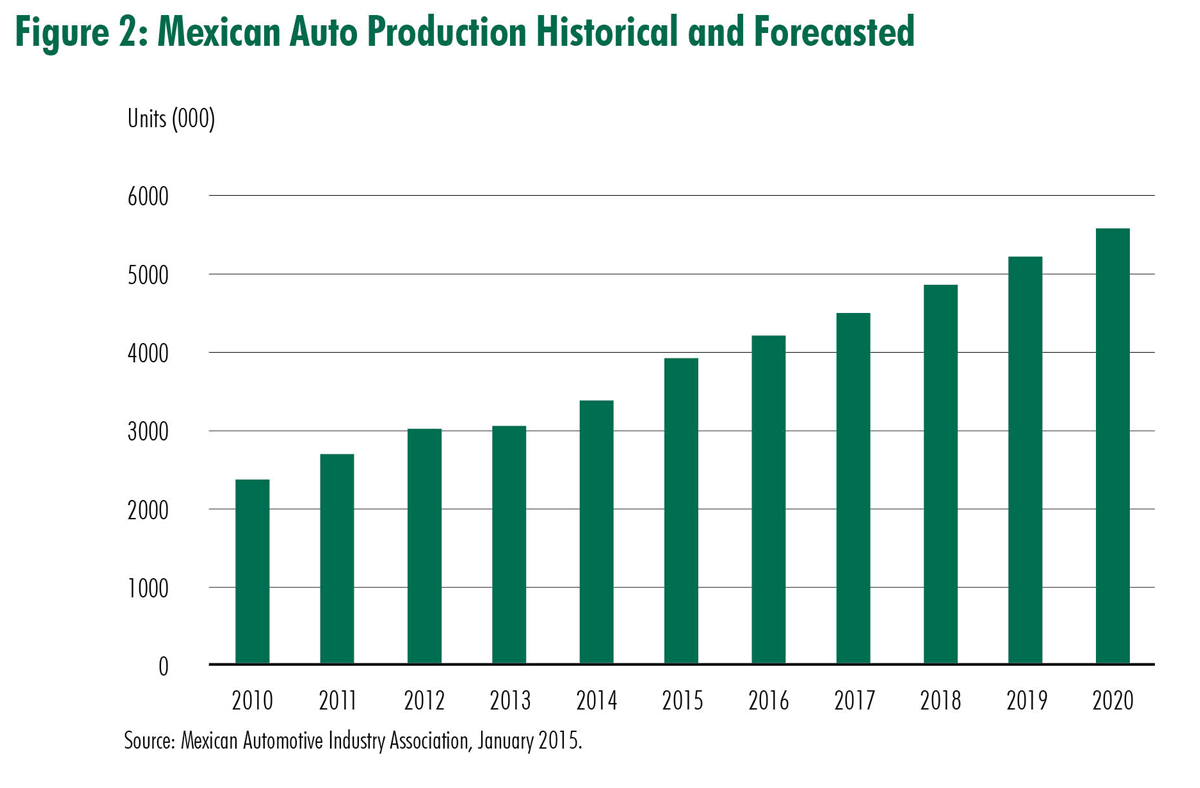 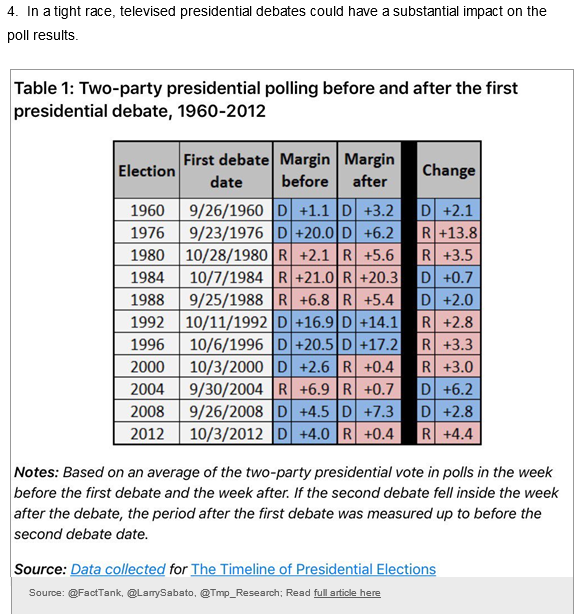 9. Read of Day…How to let your money buy you happiness

Let’s look at three specific ideas about money and happiness. Each is backed up by extensive academic research. Remember, these are not instructions so much as valuable ideas worth thinking about.

1. Most people place too much value on possessions and not enough on experiences.

When you’re deciding how to spend some discretionary money, do you focus on buying new things (or better things than what you already have)? Or do you think about buying experiences you would savor?

Jonathan believes (and I’ve seen this many times) that we are often happier when we spend on experiences rather than things. Experiences give us the joy of anticipation and memories that often grow fonder over time. That’s more than you’re likely to get from replacing your furniture.

He makes another point I had not thought of that relates to the familiar treadmill known as “keeping up with the Joneses.” No matter how much you spend on things, there will always be somebody else who has more and better things. We often compare our wealth to that of neighbors or friends, and we can feel relatively deprived.

But people who have more money to buy things “won’t necessarily have better experiences,” Jonathan writes. He says you’ll likely get more happiness from your dollars if you forget about new electronics “and instead go for the memorable vacation.”

2. Spending money on others can make us happier than spending it on ourselves.

This may seem counterintuitive, but I have seen it in my own life, and the lives of many friends and former clients. There’s something about being generous that is richly satisfying.

For an extreme example (mine, not his), imagine going to an ice cream shop that offers six flavors. You wouldn’t have much trouble deciding on one that’s likely to make you happy. But what if the shop offered 120 flavors? (There are such places in Los Angeles and New York.) No matter what flavor you finally chose, you probably would have “given up” dozens that you would like to try. Which experience would give you more happiness?

As Jonathan writes: “The freedom to choose is much valued in American society, but it also breeds uncertainty — and uncertainty can be the death of happiness.”

If you are unhappy with where you live but can’t afford to move, he writes, you will probably accept this and adapt. But if you have enough money to move, you might struggle with this issue daily, or you might constantly move from place to place to place, always seeking “the grass that’s greener” somewhere else.

Jonathan: “Happiness lies not in the choice, but in making a decision and eliminating the choice.”

I really hate to stop here, because this book is full of delicious food for thought. I hope you’ll buy it for yourself. And if you know a young person starting out in life, it could make a thoughtful and useful holiday gift.

Here’s a link to Jonathan’s announcement of the book. For more of my thoughts, check out my podcast titled “10 big money lessons in ‘How to Think About Money.’”
Richard Buck contributed to this article.

10. 3 Ways To Improve Wellbeing At Work

The word ‘wellbeing’ is increasingly being thrown around workplaces today. As a result, the emerging field of positive psychology with its promises of evidence-based approaches to improving wellbeing has led to CEOs, CFOs, human resources leaders, consultants, coaches and trainers around the world to introduce these practices. Even governments have been getting in on the act. But is any of what’s been done really working?

“Improving wellbeing begins by taking a systematic approach to defining and measuring what we mean by wellbeing,” explained Professor Felicia Huppert, founder and director of the Wellbeing Institute at Cambridge University, and one of the world’s leading researchers on the science of wellbeing when I interviewed her recently. “Given that psychological wellbeing is the opposite of ill-being, we believe there are ten features of wellbeing: positive emotion, engagement, relationships, meaning, accomplishment (or competence), resilience, emotional stability, vitality, optimism and self-esteem. Or put simply the ability to feel good and to function well.”

Of course the presence of each of these features in your life isn’t a guarantee that you’ll only ever flourish. Rather, Felicia suggests the goal as you navigate life’s natural highs and lows is to have the resources to be able to flourish most of the time.

So what evidence-based approaches might help to improve your wellbeing?

While there are a growing array of interventions and resilience programs to help improve your wellbeing, Felicia particularly recommends the following three approaches:

Of course Felicia acknowledges that much is still being learned. For example, even leading mindfulness researchers lament the lack of rigorous, longitudinal studies that demonstrate the efficacy of mindfulness-based interventions. Her hope is that new funding for large-scale longitudinal research will provide more clarity in the coming years.

In the meantime, as the research tries to catch up with our appetite for certainty, it’s important to remember that scientific predictions are always uncertain; models are refined, theories come and go in the face of new evidence, and we rely on scientific consensus to guide our knowledge and practices. So while Felicia and her colleagues continue to explore evidence-based practices to improve your wellbeing, you should use their findings to accelerate your thinking, inspire your practices and ultimately take responsibility for discovering what works best for you in your workplace.

For more information check out the University of Cambridge Wellbeing Institute or grab a copy of Felicia’s book “Wellbeing: A Complete Reference Guide, Interventions and Policies to Enhance Wellbeing”.

How can you shift the wellbeing curve for yourself and others around you at work?