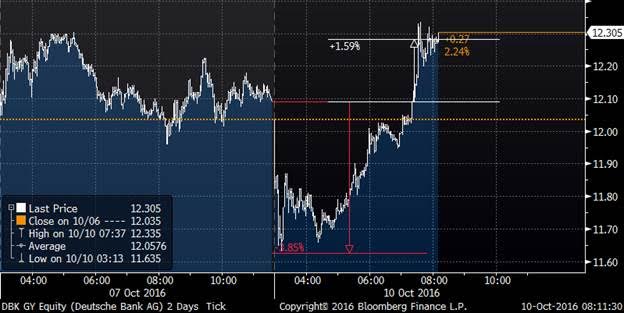 Deutsche Bank AG Chief Executive Officer John Cryan failed to reach an agreement with the U.S. Justice Department to resolve a years-long investigation into its mortgage-bond dealings during a meeting in Washington Friday, Germany’s Bild newspaper reported. “The risks in our derivatives book are massively overestimated,” DB Chief Risk Officer Stuart Lewis said. He said 46 trillion euros in derivatives exposure at Deutsche appeared large but reflected only the notional value of the contracts, while the bank’s net exposure to derivatives was far lower, at around 41 billion euros –  DB opened DOWN 4% in Frankfurt, and is now UP 1.6% on the day…

The S&P 500 hasn’t seen a classic bear market — defined as a 20% peak-to-trough decline — in seven years. But MKM Partners’s chief market technician Jonathan Krinsky says it’s not the case, if you look at industry sectors. Breaking it down, the average S&P industry group has seen a 21% drop over the past two years. That’s against a 14% similar decline for the main index in the last two years. His chart shows just how many sectors have suffered bear markets: 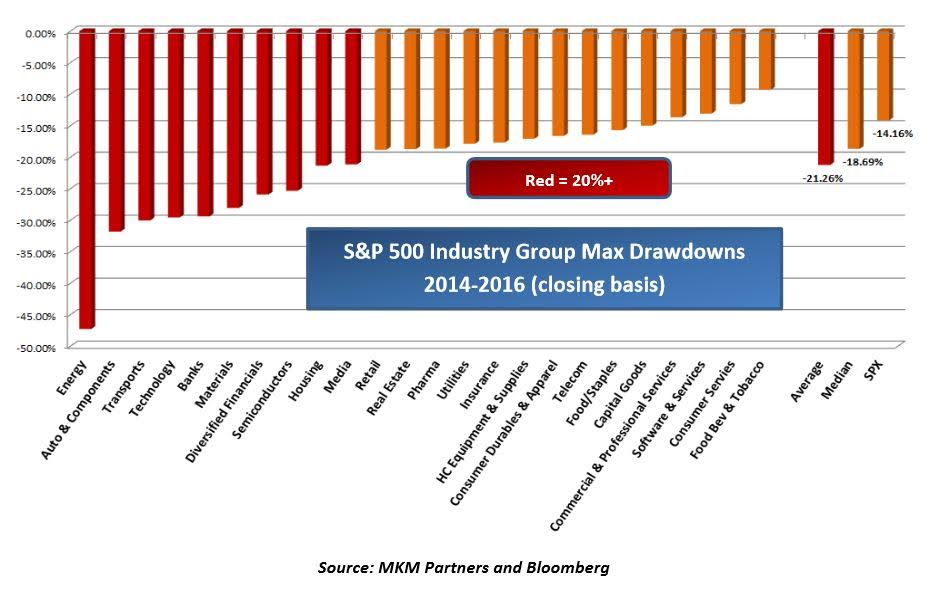 As these pullbacks have happened at different times, they’ve created a “rolling bear market,” and the “illusion” of a bear-market free S&P 500, he notes: 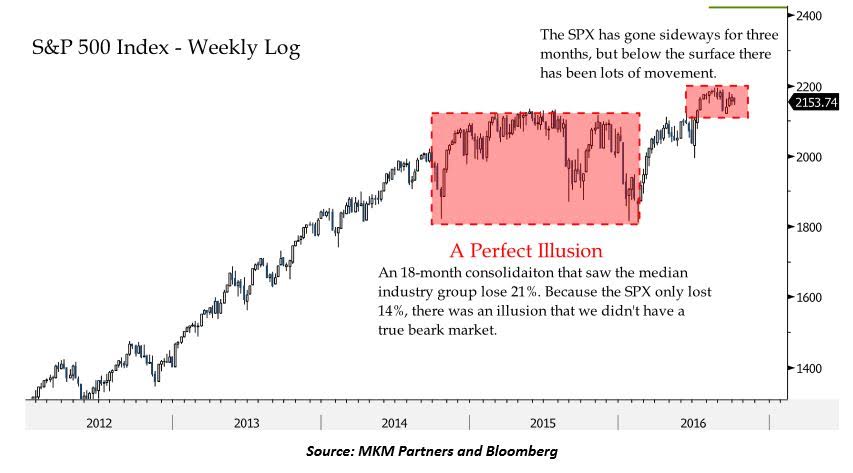 So how will this all resolve? The S&P 500 has been moving in a tight range for the last three months, but Krinsky expects that will resolve soon, with a rise for the index. He’s watching for a close above 2,180 to confirm that, though a close below 2,135 could sway his opinion the other way.

3.Energy and Financials are the only Sectors Trading Below 10yr. Average Price/Book.

4.Continuation of my Comments Last Week…What are “Safe” Stocks?

When equity investors chase what’s hot, it often ends in tears. Today, the safety trades that have been so popular earlier this year are actually looking quite dangerous.

We’ve seen this film before. There are countless examples throughout modern market history of investors following crowds into performance fads and getting crushed on the way down. From the Japanese stock market crisis in 1992 to the technology bubble in 2000 to the US housing crash in 2007, market manias are often seductive.

These days, investors in global stocks are eager to combat volatility and protect against downturns. The quest for a smoother ride has led many to increase allocations to passive portfolios exposed to certain risk characteristics—or factors—which are seen as relatively safe. Less volatile stocks, as characterized by their lower beta, and stocks that offer higher-dividend yield have been especially popular.

Recent trends may be signaling that a reversal is imminent. For example, low-beta stocks outperformed the market in the first half of 2016, but underperformed in the third quarter (Display). Similarly, returns from the highest group of dividend-payers were especially strong in the first quarter but have lost steam since then.

Exchange-traded funds (ETFs) with factor exposure to low-beta or high-dividend yields don’t always provide protection as expected. When the S&P 500 Index dropped 2.5% on September 9 amid concerns about the Fed’s next moves, the MSCI US low-volatility and high-dividend-yield indices fell by 3.2% and 2.7% respectively. While just a single day, it highlights how passive index-tracking vehicles that are supposed to protect investors from market shocks don’t always get the job done.

These performance trends are worrying, given the distortions that have been stoked by heightened demand for certain factors. Globally, low-beta stocks have become so popular that their price/book valuations trade at a 28% premium to the broader market (Display, left). Meanwhile, their riskier high-beta counterparts trade at a 37% discount. The valuation gap between safer and riskier stocks persists around the world and is particularly pronounced in Europe (Display, right).

Stocks that pay high dividends are also very expensive. In US markets, high-dividend stocks trade at lofty valuations. And sectors like consumer staples are trading at very high multiples, globally and especially in the US. We’ve seen in the past how crowded trades like these can unwind quickly, wreaking havoc on performance for investors who are overexposed.

China’s services sector created jobs at the fastest pace in seven months in September as new business picked up, even as Caixin/Markit’s services PMI slipped fractionally to 52.0, from 52.1 in August. More signs of stability in China’s economy support the growing consensus that the PBOC will hold off on further monetary easing such as interest rate cuts through at least the end of the year. 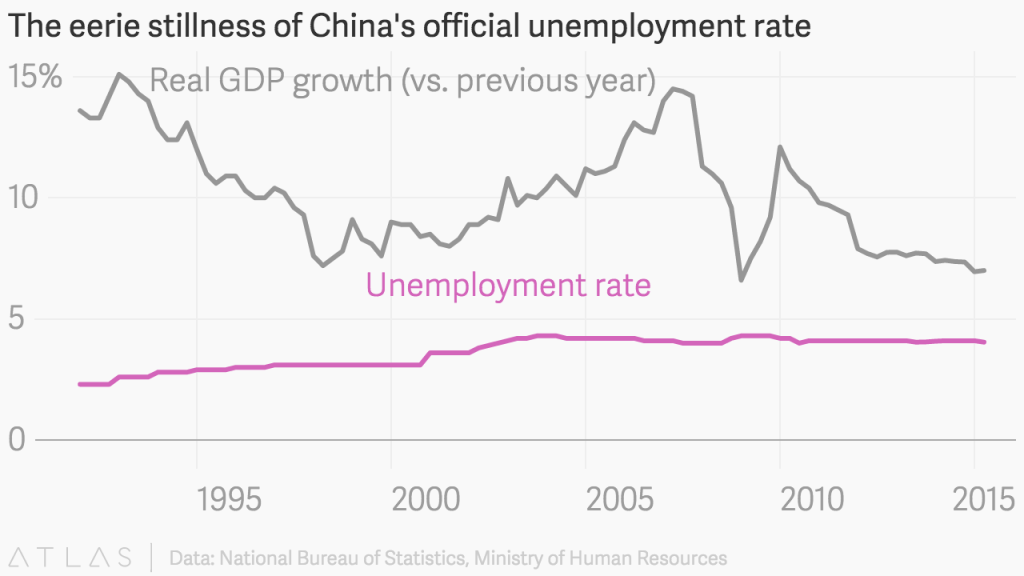 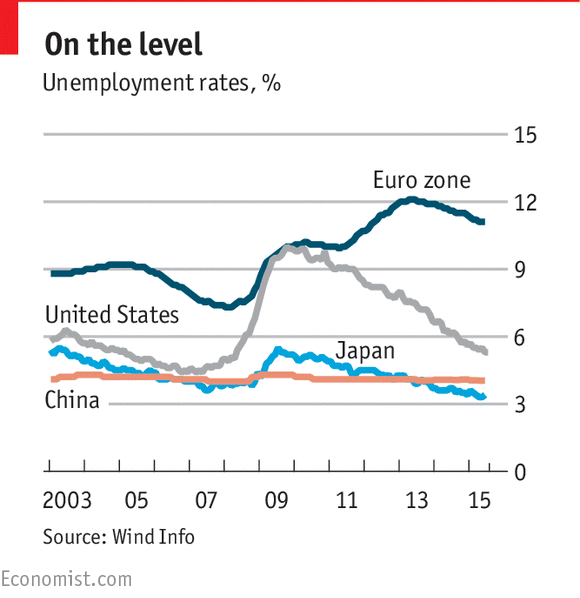 6. Global Slowdown? German exports rebounded more than expected in August, climbing by 5.4%, highlighting their biggest rise since 2010 and dispelling fears that Europe’s biggest economy is heading for a slowdown. 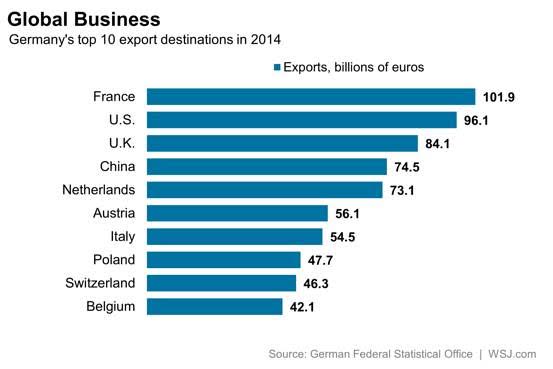 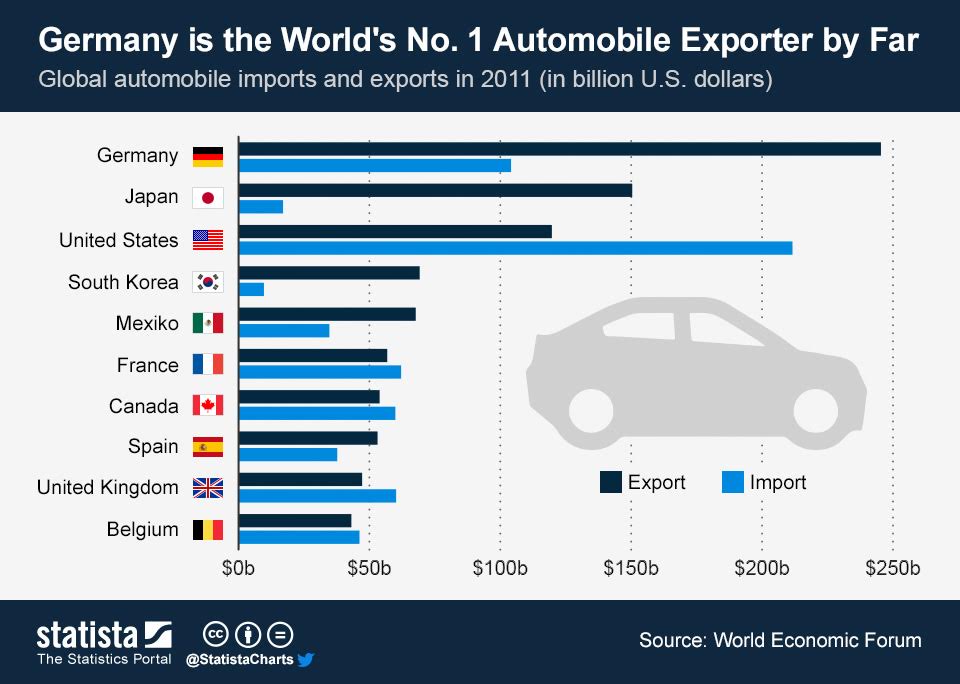 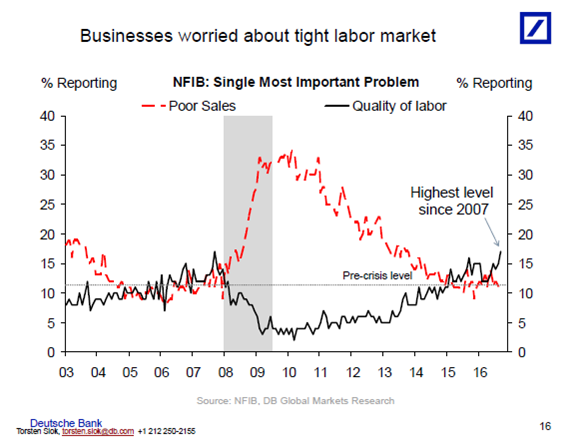 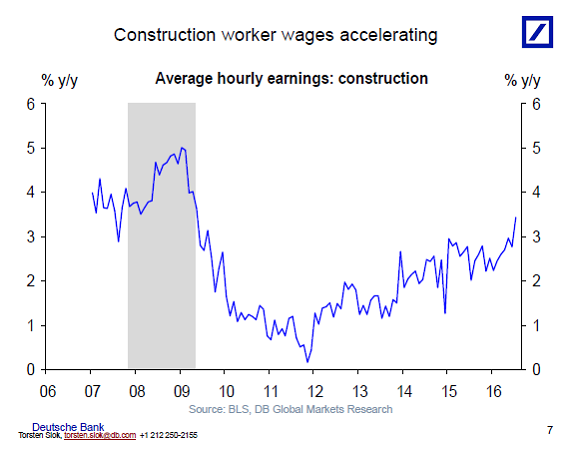 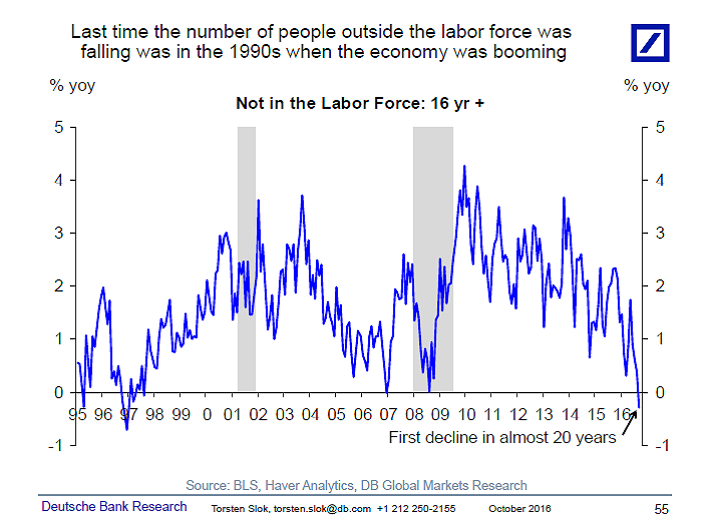 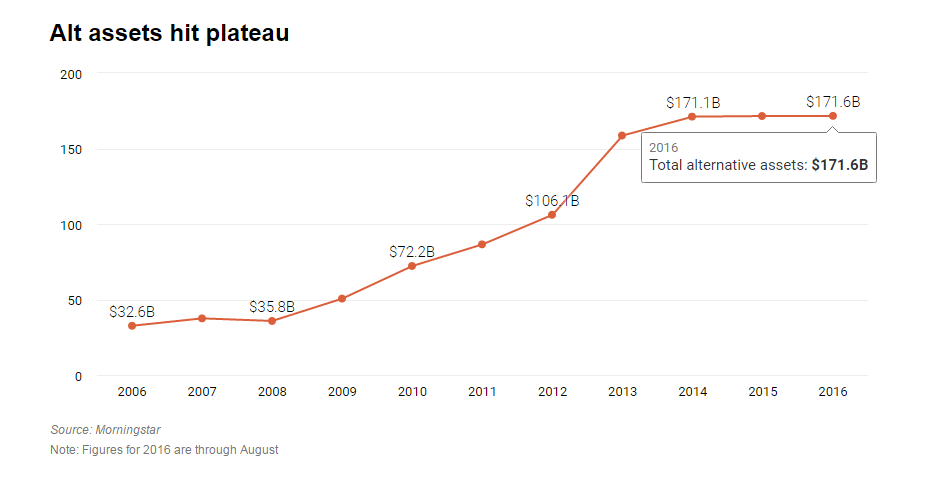 The U.S. has more hedge fund managers, more money invested in hedge funds and more institutional investors that invest in hedge funds than any other country, data released Thursday by Preqin showed.

California and Massachusetts are tied for third place with hedge fund firms in each state managing about 7% of worldwide industry assets, but California is home to 465 active hedge funds while 169 funds are located in Massachusetts. The 175 hedge fund managers domiciled in Illinois manage about 3%, or $107 billion of global hedge fund assets.

New York state also is the undisputed capital of hedge funds-of-funds management in the U.S., with 145 companies running 51% of the aggregate $569 billion managed by American firms. Preqin researchers noted that Blackstone Alternative Asset Management, the world’s largest hedge funds-of-funds manager, managed $68 billion of the $291 billion managed in New York and 12% of the total managed in American hedge funds of funds.

The 3,170 U.S. institutional investors that invest in hedge funds represent 62% of the nearly 5,400 asset owners worldwide that include hedge funds in their portfolios.

Great Ideas Are Easy, Making Them Happen Is Hard Work!

We all have great ideas. I bet everyone reading this has had a spark of genius in the last week during a meeting, driving the kids to school or while singing in the shower. The problem is, making ideas happen is really hard, especially if you work for a large company.

New ideas are often inherently risky because they haven’t been done before and we don’t know how they will turn out. Corporations are designed to maximize profit and minimize risk, with systems and processes that left to their own devices will kill great ideas.

Allow me provide an example, Kodak were well aware of digital camera technology but chose to ignore it as they already had an established business based around film. Developing digital cameras would have put the core business at risk so they deprioritized it. The rest is history.

So how can we make our new ideas happen? Well it’s about communicating them, building confidence in them and not being too protective. Here’s my 3 tips for how to make your ideas have a big impact in your organization.