The crash was reportedly triggered by a Financial Times articles stating French President Francois Hollande wanted to be hard on Britain in Brexit negotiations. That pushed the pound lower, triggering some algos to automatically sell. Thin trading volumes meant the impact of this was outsized and created a downward spiral as the slump triggered more algos to sell.

Kathleen Brooks, Research Director at City Index, says in an email on Friday morning: “Apparently it was a rogue algorithm that triggered the sell off after it picked up comments made by the French President Francois Hollande, who said if Theresa May and co. want hard Brexit, they will get hard Brexit.

“These days some algos trade on the back of news sites, and even what is trending on social media sites such as Twitter, so a deluge of negative Brexit headlines could have led to an algo taking that as a major sell signal for GBP. Once the pound started moving lower then more technical algos could have followed suit, compounding the short, sharp, selling pressure.” 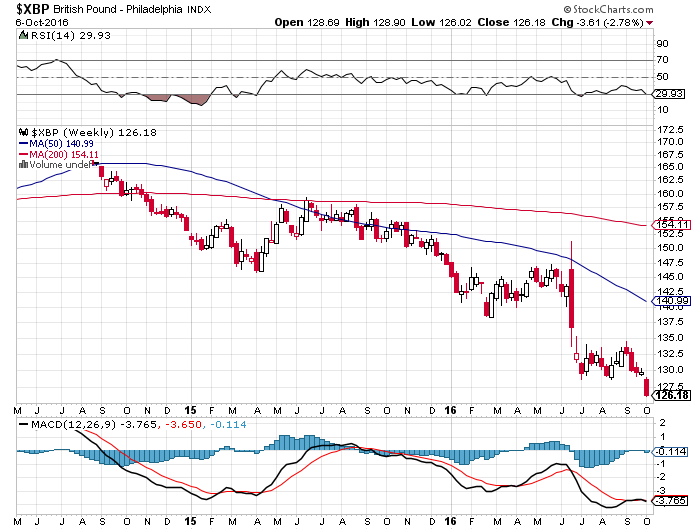 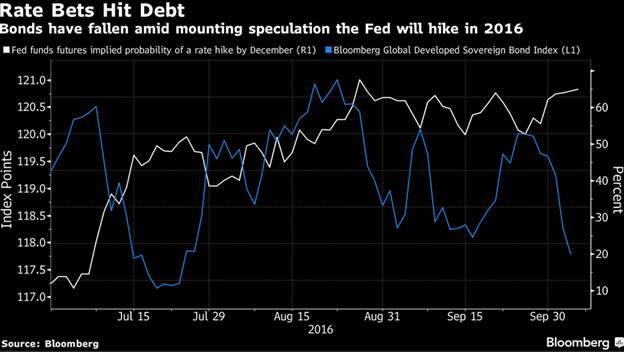 3. Tons of Earnings Last Week of October and First Week of Nov.

Bespoke’s List of the “Most Volatile Stocks on Earnings”
Oct 6, 2016
The third quarter earnings reporting period begins next Tuesday when Alcoa (AA) kicks things off.  But as shown in the chart below, things don’t really pick up until later this month.  Next week just 30 companies will report earnings, while 797 companies will report in the last week of October.  The first week of November is even busier with more than 1,000 companies set to report. 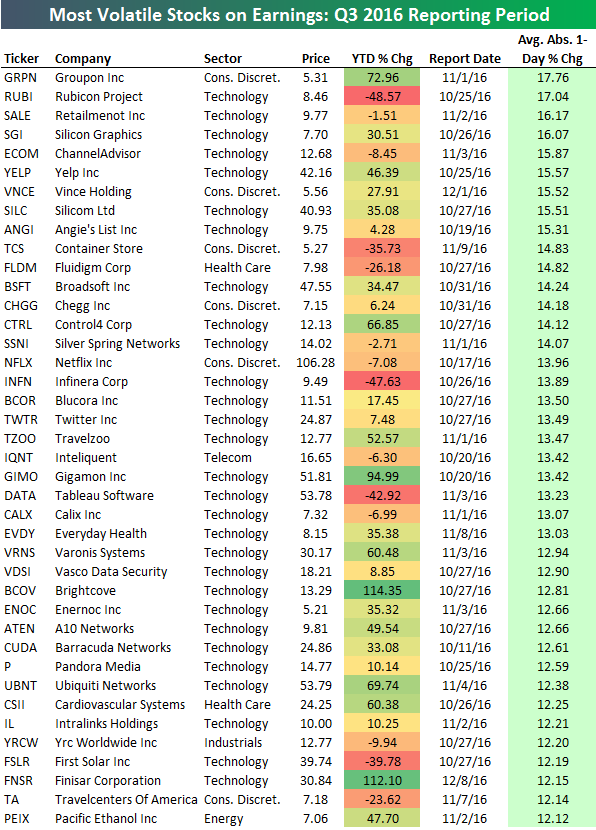 The Rise and Fall of New Funds
Investors routinely pour cash into recently launched funds. Is that a mistake?

The following article was part of a larger research study on the subject. To get a copy of the full white paper, email the authors at lee.davidson@morningstar.com.

It is easy to dismiss new funds as an immature, unproven, and unimportant segment of the asset-management industry. But the truth of the matter is that the asset-management industry is dominated by new funds. Globally, we find that new funds account for the preponderance of new asset flows. In 2015, global fund flows reached approximately $516.4 billion across the three asset classes in our study—equity, fixed income, and allocation. Of the total, new funds with less than 12 months of track record accounted for $379 billion, or 73% of all flows. Even in years when the industry experiences net outflows, new funds continue to garner assets. In 2014, new funds grabbed $316 billion in net inflows compared with negative $526 billion in net outflows for funds with greater than 12 months of track record. 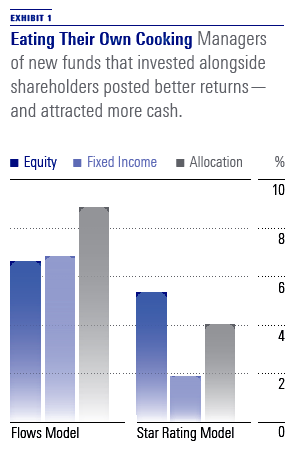 Found at the Reformed Broker.
http://thereformedbroker.com/2016/10/03/hot-links-tax-genius/

5. The 4-week average of US unemployment claims falls to the lowest level since 1973. The world will be watching closely the payrolls report today because a decent print relative to expectations (172k) will increase the certainty of a rate hike. 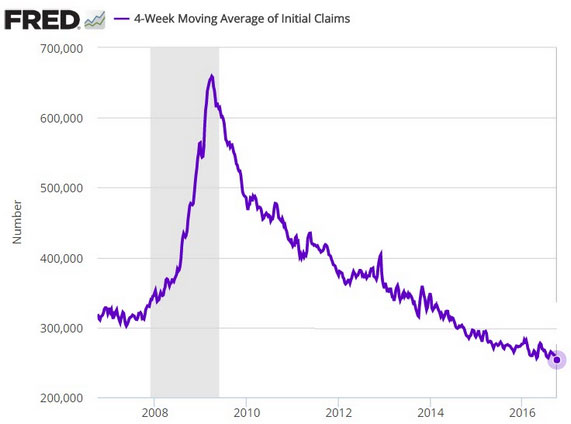 6.This Planned IPO Will Have Bigger Revenue Than Microsoft and Apple Combined

The Middle East oil and gas giant plans to include all of its businesses in the offering and is preparing “industry-friendly” financials, according to reports. 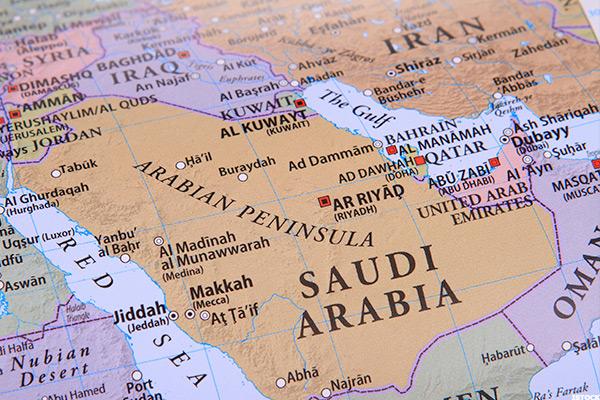 There’s been a lot of chatter in the media recently about what Saudi Aramco’s initial public offering – which isn’t planned until 2018 – will look like. But this much is certain: It will be the biggest IPO the markets have ever seen.

The state-owned oil giant has been valued at anywhere from $2 trillion to $3 trillion, which means the sale of a 5% stake could potentially raise around $100 billion to $150 billion. If the offering goes through, Aramco would be the largest publicly listed company in the world, surpassing Apple (AAPL) , which recently had a market capitalization of more than $600 billion. Its sales in 2014 are thought to surpass those of Apple and Microsoft (MSFT) combined (almost $270 billion).

The Wall Street Journal estimates that bankers and lawyers could reap around $1 billion in fees from the issue – which would help boost their recently paltry IPO business. Michael Klein, the former star banker at Citigroup Inc. who formed his own boutique M Klein & Co. LLC in 2012, is advising Aramco on the IPO and JP Morgan would be the lead underwriter, according to several reports.

7. Read of Day….Economy and Election.

Here is a stunning pair of tables that shows the median real (inflation-adjusted) incomes for the high-school grads (aka working class) versus the college grads for the ten age cohorts along with the totals (which we’ve taken the liberty of highlighting). 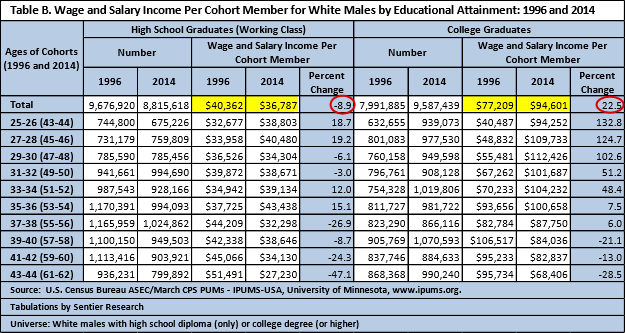 Over this 18-year time frame, the working class white males saw an 8.9% decline in income, a sharp contrast to the 22.5% increase for the college grads. The contrast is especially dramatic for the age cohorts that were entering what is traditionally the peak earning years in their mid-to-late 40s in the 2014 data. The age 25-26 working class had experienced an 18.7% increase eighteen years later in 2014. The college-educated were up 132.8%.

The Sentier Research study offers a remarkable and thought-provoking body of evidence to help us understand the plight of white working-class males, who inevitably see themselves as losers in the quest for financial success in an economy that favors the college-educated professional elite. It thus comes as no surprise that white male high-school grads consistently show up in the polling data as strong supporters of the Trump presidential campaign, which is broadly confrontational to a political system that has routinely favored the wealthly and professionally successful.

For a more detailed perspective on this income data along with some excellent charts, please visit theSentier Research website. Here is a direct link to the full press release.

It’s my belief that a flexible mind helps us to deal with chaos, loss, big life changes, small frustrations, and all that life throws our way.

A flexible mind leads to more peace. You’re not as stuck in your ways, and can adapt to change. You don’t always think you’re right but are curious about other people. You can take on new challenges with a smile.

I don’t always have such a flexible mind, to be honest. I’m working on it.

When I’m not flexible, I can feel it: my mind starts to feel rigid, I feel frustration, irritation, anger, disappointment. There’s a feeling of not wanting things to be the way they are, feeling of being wronged, attacked. It’s the result of being caught up in whatever story you’re telling yourself.

So here’s what I’ve been working on, to develop a more flexible mind:

Not knowing. A flexible mind is one that doesn’t really know what should happen, and is not even sure what will unfold in this next moment. It is curious, like a baby exploring the world afresh. When we sit in meditation, or take each moment as it comes, we allow ourselves to not know, and to be interested in whatever arises.

That’s what I’m working with, imperfectly and forgetfully, and I find it helpful.