1.Who had the Trump Volatility Crash Trade On?

VIX…Collapses Back to 10-15 Low Level Channel….It’s early, but not many investors thought a Trump victory would lower volatility. 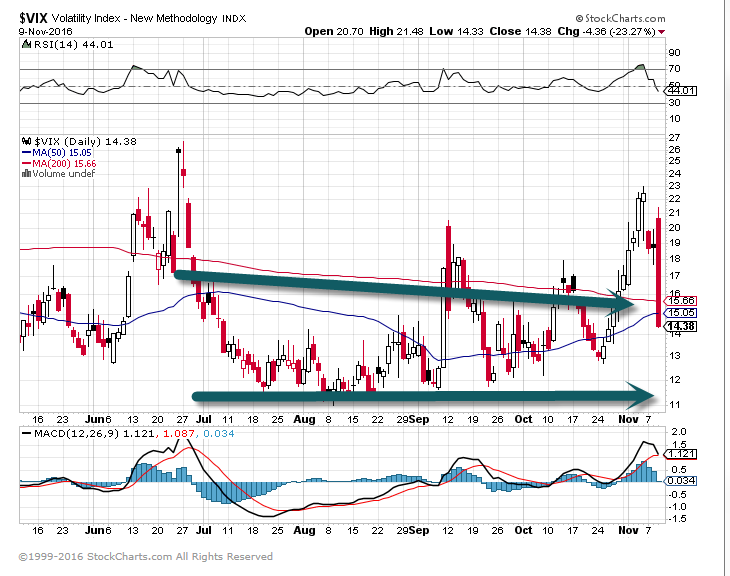 2.Healthcare Short Covering Blast Off….We Discussed at Length the Collapse of Healthcare Stock Premiums Going into Election.  Why is it so Hard to Short Stocks—Perfect Example? 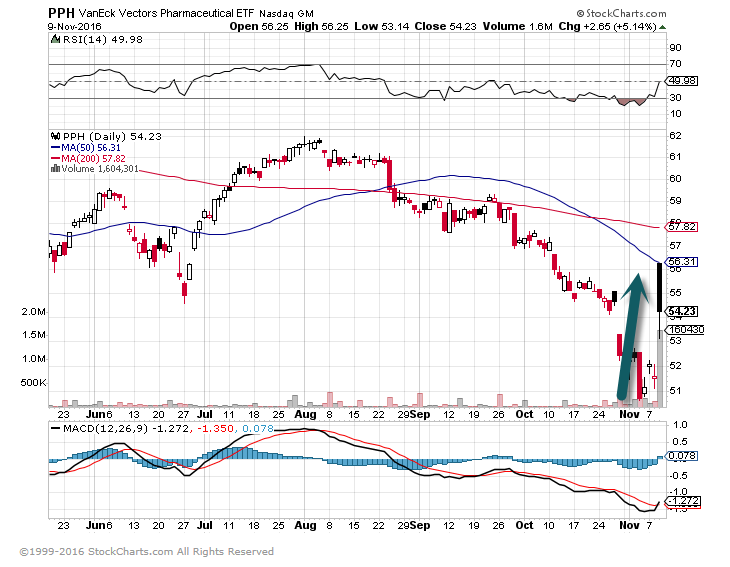 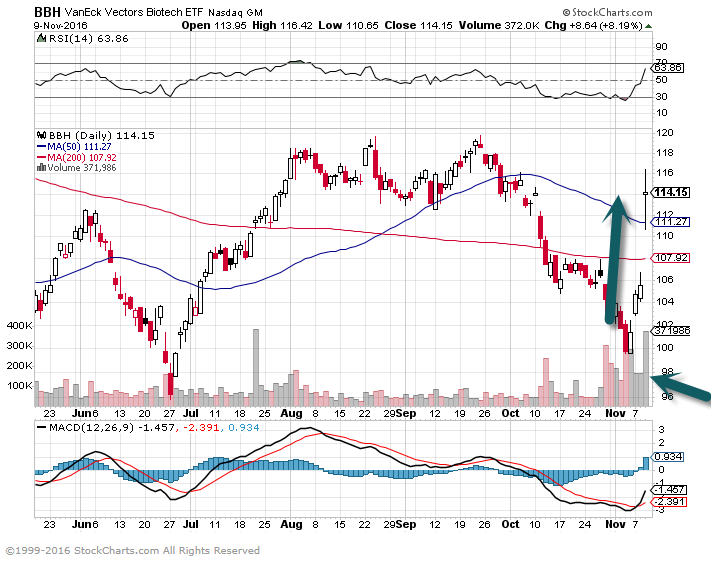 3.Here’s a Part of my Letter to Clients Yesterday, Trump’s Advertised Policies seem Inflationary….  That would be More of a Threat to Bonds Than Stocks.

You have already seen charts that accompanied letter…..

It certainly was a strange night, my wife woke me up at 3:30am to tell me that Trump won.  I immediately asked her, “What are the stock futures doing?”  At that point, she shook her head and went to bed in the guest room with the dog, once again my wife is smarter than me.  A core belief in our investment process is that predicting the future is close to impossible; we like to say “our crystal ball is a little cloudy.”  We have written at length about the Presidential election not having a dramatic effect on the stock market, but Trump’s populist win leaves much angst on the part of investors.  Trump’s proposed polices depart from the traditional Republican guidelines on trade, security and entitlements, not to mention that most of his initiatives lack detail.  These factors make forecasting market reaction even more uncertain.

Just two weeks ago I was on a panel at a Family Wealth Conference where some CIOs was predicting stock market chaos if Trump was elected.   Some panelists were raising cash which is a high risk proposition to say the least.  It also struck me as short-sighted because all of Trump’s plans are inflationary, if successfully implemented, that is more of a threat to bonds than stocks.  This puts in danger the so called “safe trades” such as bonds and dividend paying stocks.  Our President-elect is leaning heavily on tax cuts and more debt; again this seems like more of a threat to bonds than stocks.  We are not forecasting the future in either stocks or bonds, but merely making the point that prophecies on your portfolio based on politics are best to be ignored.

If indeed you believe that Trump will cause a crisis, let’s take a look at balanced portfolios during recent emergency events.  Is Trump’s election more dangerous to markets than 9/11?  How about the Dot Com crash?  Let’s see how things play out going forward.  So far today the stock market is doing the exact opposite of what all the “experts” predicted.  We may find that volatility surrounds Trump, but America seems resilient in the face of most pressure situations, especially contentious presidential elections.  In the second chart, we show almost identical one year lagged returns between parties.

As always, please do not hesitate to contact us with questions, concerns or to see what is our “cloudy crystal ball.”

30 Year Bonds Dropped 5% Yesterday….Safe or Biotech Stock?  I need to find out how many times in history that 30yr. dropped 5% in a day. 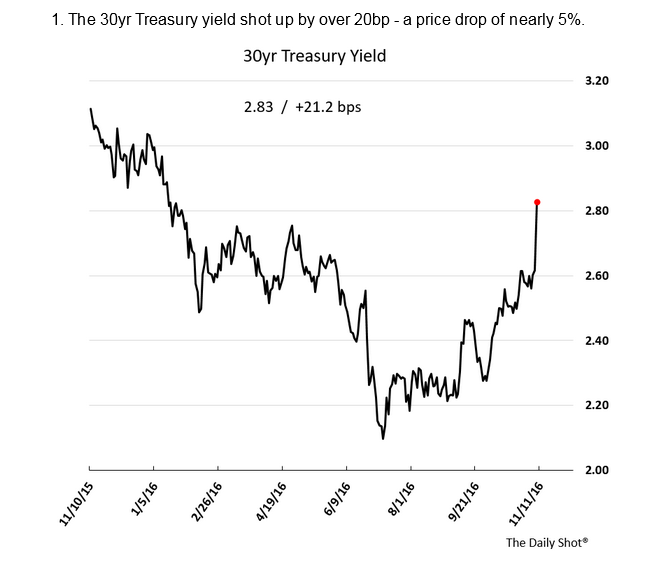 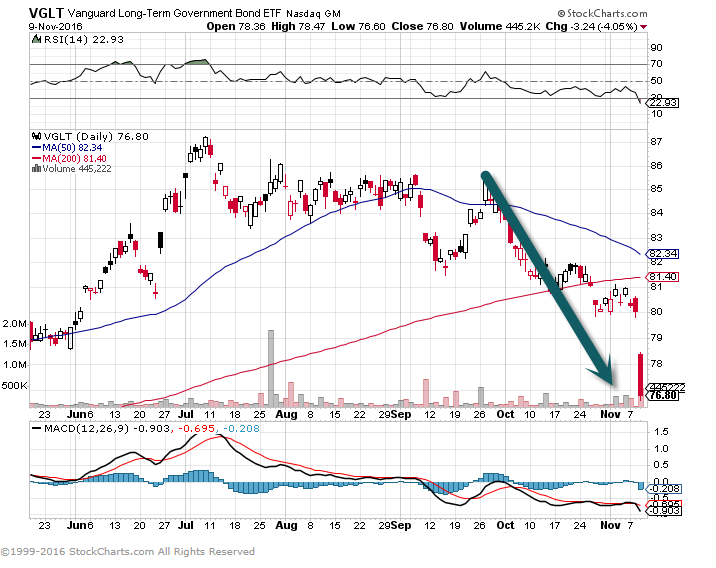 US inflation expectations had the largest one-day jump in years, with the 5yr, 5yr forward breakeven rate blasting past the 2% Fed target. 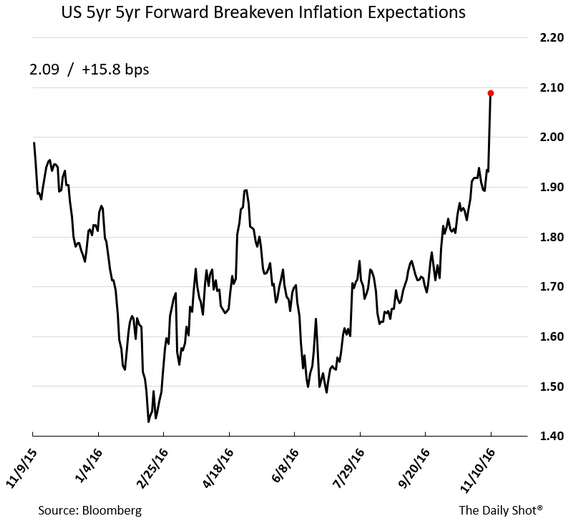 5.One of 3 Horsemen of the Bull Market Gets Some Juice from Trump….Spinoffs.  Less IPOs Means More Spinoffs and M&A…Banks need to generate earnings.

Pfizer is evaluating a potential sale or spinoff of its consumer health division that could value the unit at as much as $14B, Reuters reports. An exit from the business, which includes Chapstick and Advil, would be one of the company’s biggest corporate moves since abandoning a $160B deal to buy Allergan (NYSE:AGN) earlier this year. PFE +1.5% premarket. More spinoffs? Siemens (OTCPK:SIEGY) is planning a public listing of its $15B healthcare business to refocus on its core strengths of electrification, automation and digitization. The German group announced the move as it reported fourth-quarter profits that comfortably beat expectations, but issued a cautious outlook for the current fiscal year as orders dropped amid geopolitical uncertainty. www.seekingalpha.com

Spin-Off ETF CSD….Rally on Big Volume…Watch for run at new highs if we get a flood of new spins. 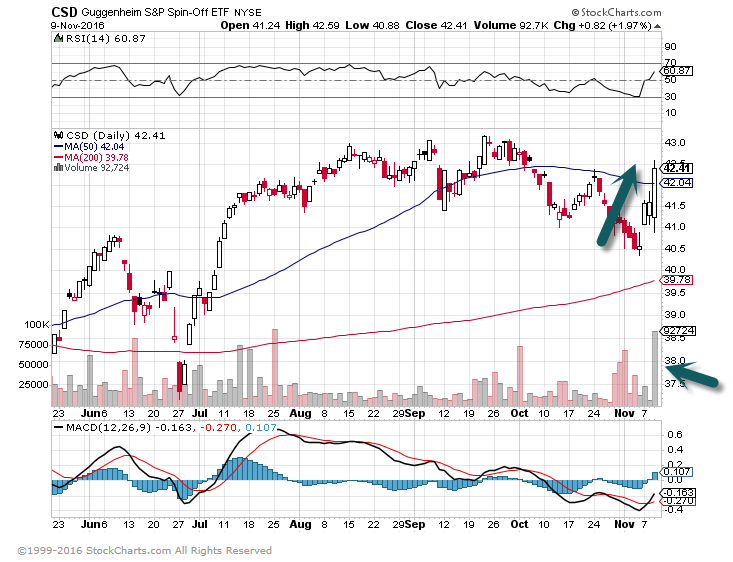 6.Other Parts of 3 Horseman of Bull Market….PKW (buybacks) and IPOs 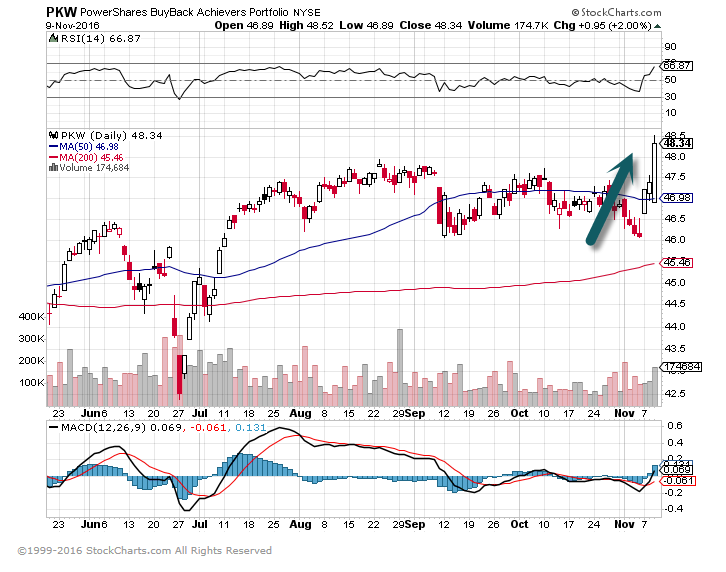 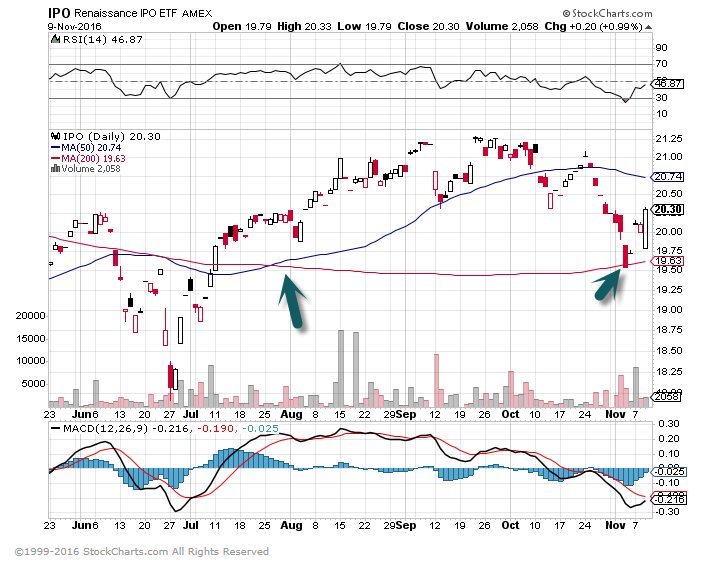 Euro is at a Historical Turning Point.

There are several potential flash points on the horizon: 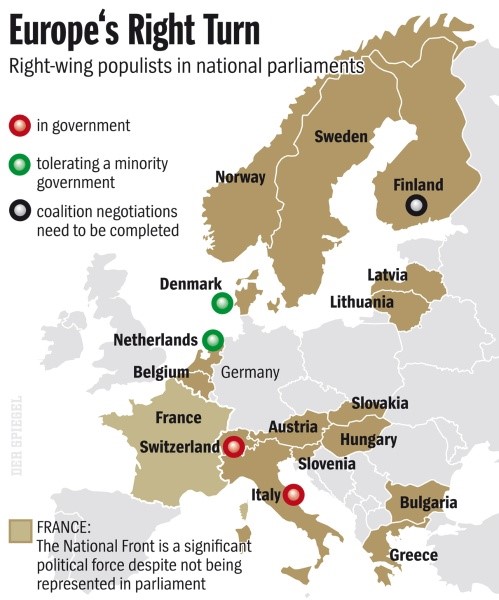 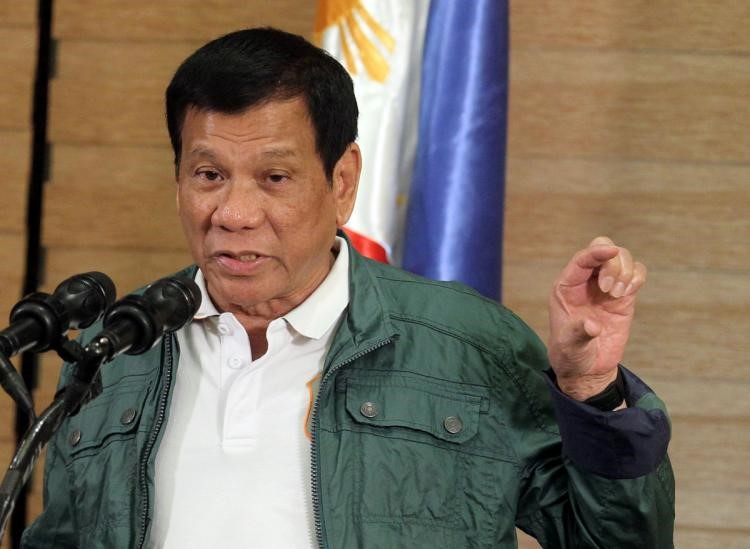 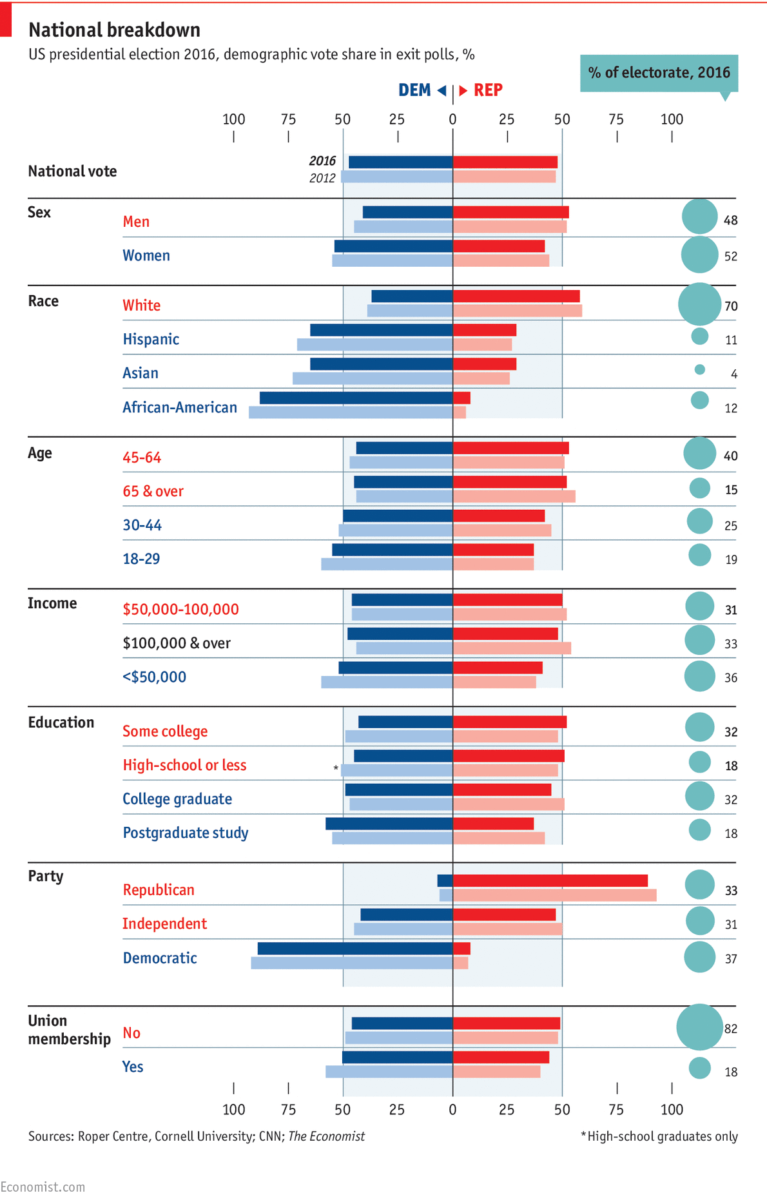 9.Read of the Day….Where Partisan Divides are Largest

Bars show the difference between Democrats and Republicans. 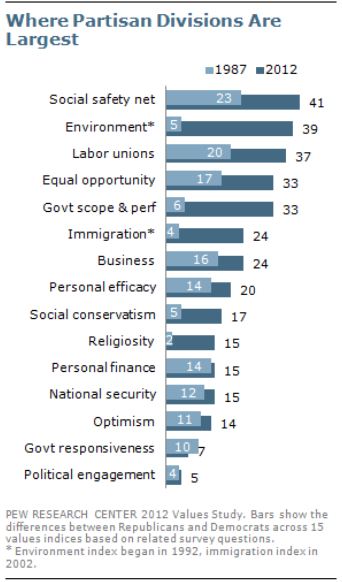 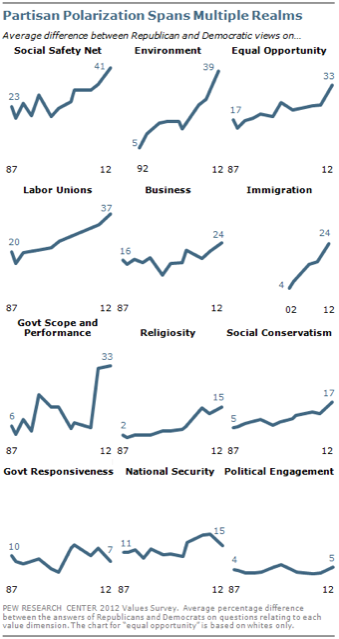 Research shows the most effective methods of persuasion.

With only days leading up to the presidential election, social media is filled with pitches to vote for one candidate or another. There are videos and news articles that add new details to the glut of information and attempt to influence people’s vote. But does any of it make a difference?

We thought it would be timely to examine the evidence on changing someone’s mind.

It turns out, changing someone’s mind is a difficult thing to do. There are a variety of psychological theories that explain why. For starters, people are programmed to seek out viewpoints that are similar to their own, or that confirm what they already believe. (This is called cognitive dissonance.) A prime example is research showing that people are more likely to tune in to news channels that align with their political beliefs.

In addition, the human brain tends to interpret and recall information in a way that confirms our existing beliefs, while it spends less time considering other points of view. (This is called confirmation bias.)

To gather data, the researchers analyzed on-line conversations in a forum called “ChangeMyView” within the Internet community Reddit. In the forum, participants post their beliefs and invite others to try to change their minds. (It’s important to note that people in the study are inviting others to try to change their points of view, which is easier than trying to persuade someone who is not open to new ideas.) When an original poster has been persuaded to a different point of view, he posts a delta symbol – the Greek character used to denote change – and explains why he changed his mind.

By analyzing the forum, researchers found specific attributes that made it more likely the original poster would change his mind. Participants who used different words compared to the original poster – a sign of introducing a new point of view – were most likely to change someone’s mind. Arguments using specific examples were also more likely to change someone’s mind.

Researchers found word choice to be an important factor. People who posted their original opinion using the word “I,” signaling a personal belief, were more likely to change their minds compared to people who used the word “we” in their posts, which signaled a broader viewpoint. People who responded by qualifying their arguments – using words such as “it may be the case” – were more persuasive than those who posted staunch opinions.

The number of replies within each thread also signaled the likelihood the original poster would change his viewpoint. Some back-and-forth – up to four times – yielded positive results, but after five replies, posters were significantly less likely to change their minds.

But what about the world beyond Internet forums?  What about trying to change Uncle George’s mind at the family dinner this weekend?  It turns out there is a personal aspect in persuasion as well.  The concept of self-affirmation – that people need to feel a personal sense of identity and worth – is an important factor in persuading someone.

Research shows that by challenging Uncle George’s political beliefs, you are questioning his personal judgment. But if you can find a way to say something nice first – either pay Uncle George a compliment or point out one part of his views that you agree with – he’ll be more likely to consider your perspective.

The bottom line: It’s a difficult– but not impossible – task to change someone’s mind. If you can relate on a personal level and frame your argument properly, you just might have a shot. 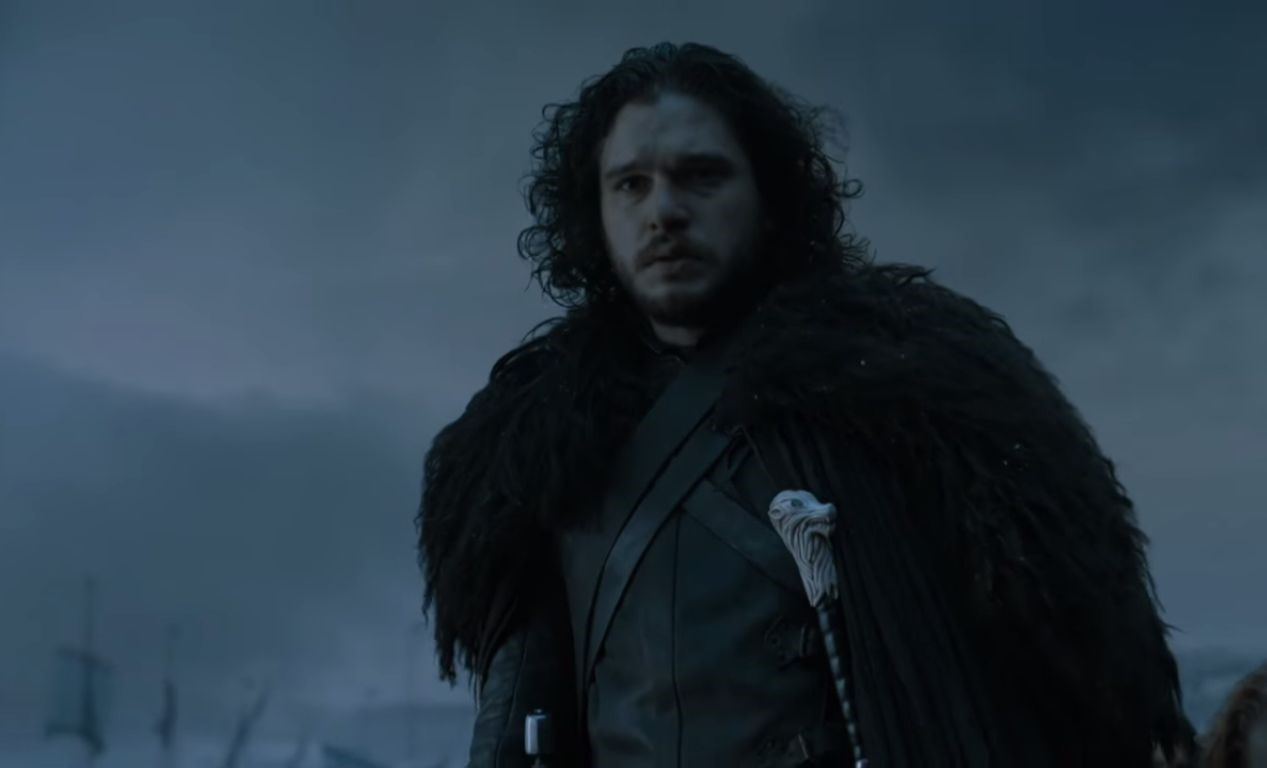