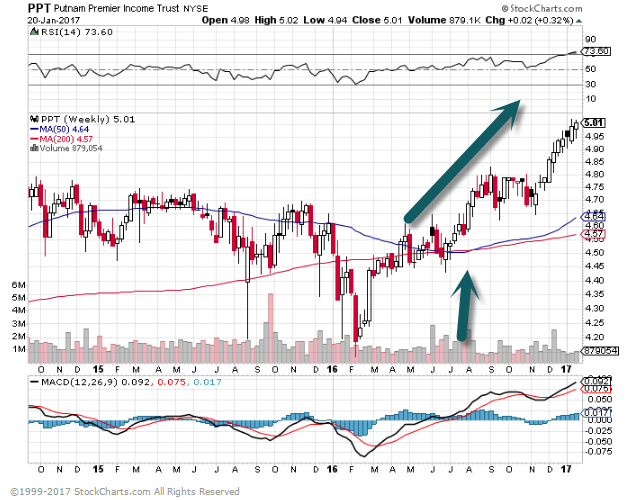 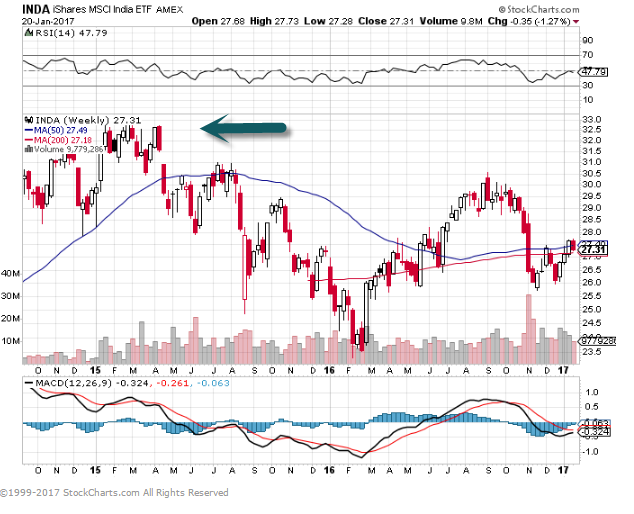 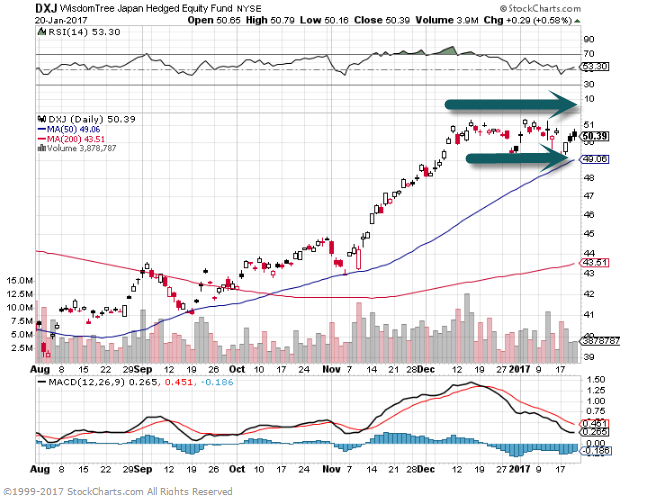 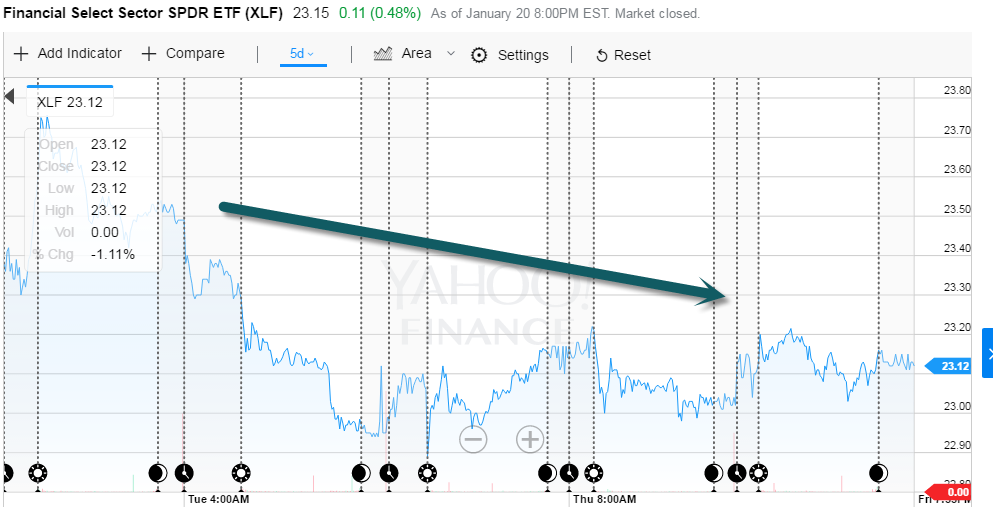 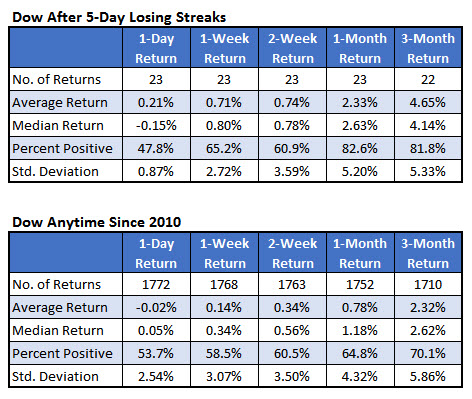 http://www.schaeffersresearch.com/content/analysis/2017/01/19/what-the-dows-5-day-losing-streak-could-signal-in-the-short-term
Thanks to Dave Lutz at Jones for link

4.Death of the Department Store. 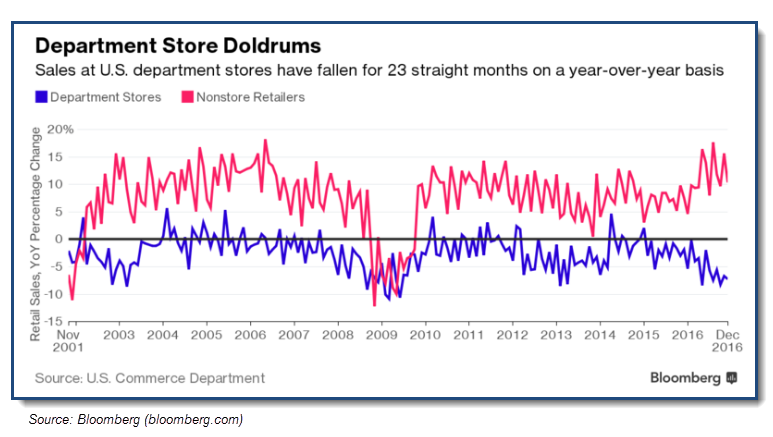 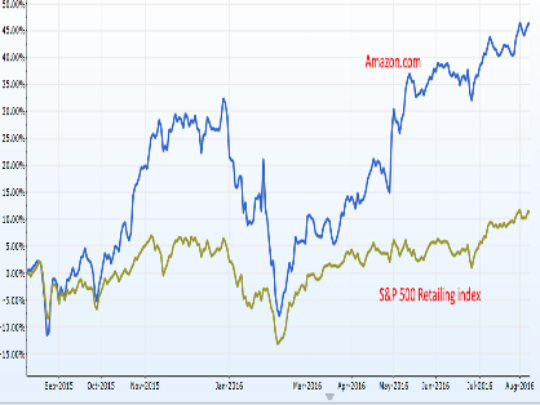 Oil speculators have decided to add to their long positions in the last week, pushing the net position in futures to a new record high – above the 2014 peak from which crude collapsed. 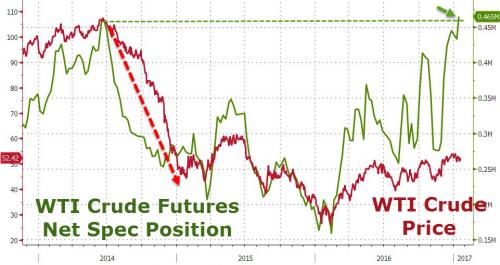 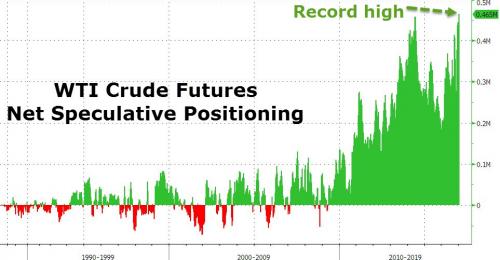 Companies are optimistic that higher crude prices are here to stay

Preliminary capital-spending plans released in recent weeks by more than a dozen American shale drillers, including Hess Corp. and Noble Energy Inc., show an average 60% budget increase for the group.
The trend comes after two years of austere budget cuts and layoffs at shale companies to help them cope with a protracted oil bust. The price of U.S. crude started to collapse in 2014 from over $100 a barrel to below $30 in early 2016, prompting drillers to idle rigs and lay off more than 150,000 workers in the U.S. 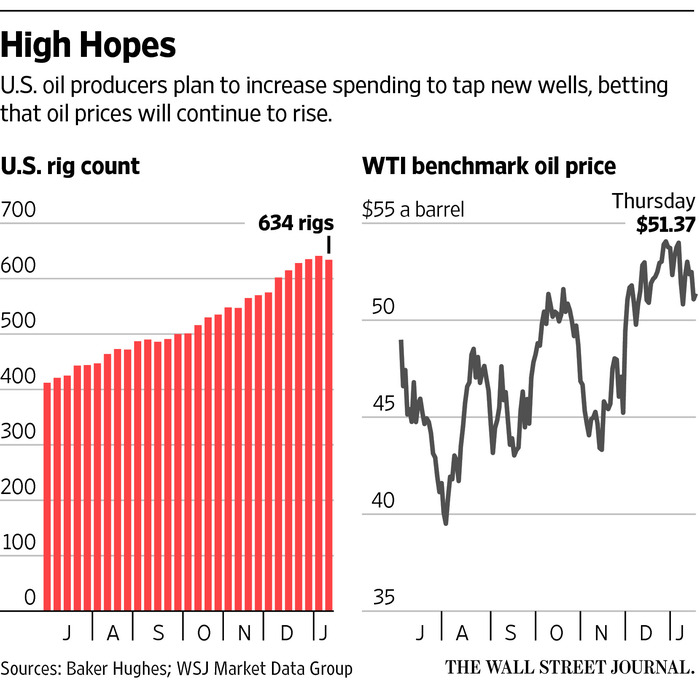 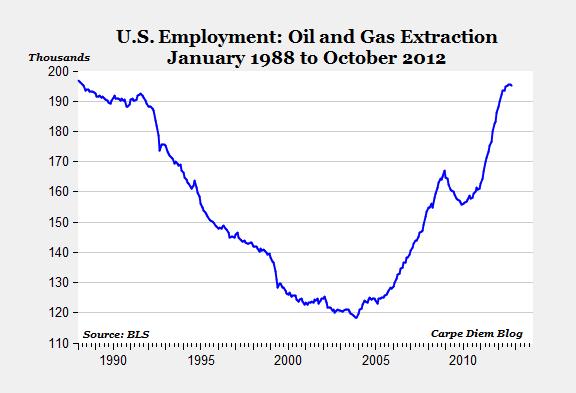 7.Manufacturing Now Makes Up 12% of GDP

United States: The manufacturing sector now makes up less than 12% of US GDP.

Jan 20, 2017
One of the first promises President Trump made when he announced his candidacy over a year ago was that he would be the “the greatest jobs President God ever created.” So, just how many jobs is that? Payrolls data only goes back as far as 1939, so data that spans an entire President’s tenure only goes back as far as Truman. With that data, though, the chart below shows the net number of jobs created for every US President since Truman. As shown in the chart, the current title of “the greatest jobs President God ever created” belongs to Bill Clinton who presided over an eight year period where 23.2 million jobs were created. Second on the list is Reagan at 16.0 million. 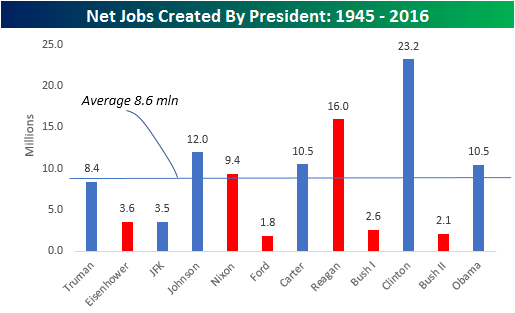 For various reasons, not all Presidents have the opportunity to serve two full terms in office. In the case of President Trump, he is entering office as the oldest elected President in US history, so while it’s unlikely, you never know if that will become a factor. In order to give each President an equal footing, the chart below shows average monthly job creation by President going back to Truman. Here again, Clinton tops the list at an average of 242K jobs per month. What may surprise some is that the President who saw the second highest average of monthly job creation was President Carter. Even though only 10.5 million jobs were created while he was in office (same as Obama), since those jobs were created in a window of just four years, average monthly job creation under his watch was 219K per month. Whichever way you want to look at it, Trump better get to work quickly. 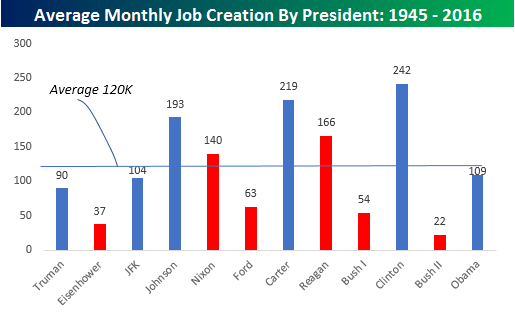 9.Read of the Day…American Colleges.

Students at elite colleges are even richer than experts realized, according to a new study based on millions of anonymous tax filings and tuition records.

At 38 colleges in America, including five in the Ivy League – Dartmouth, Princeton, Yale, Penn and Brown – more students came from the top 1 percent of the income scale than from the entire bottom 60 percent. 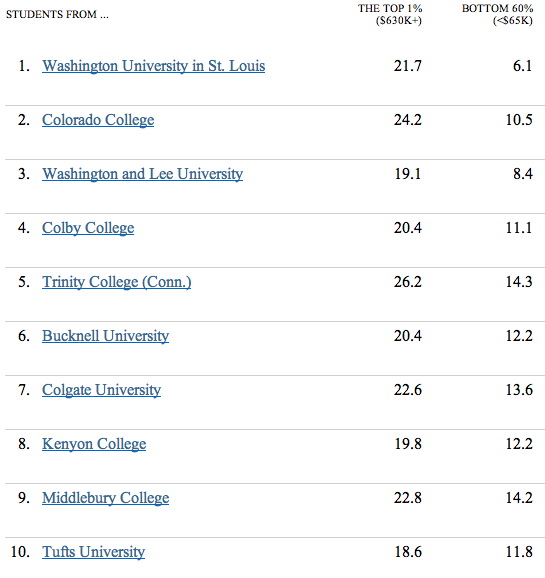 These estimates are for the 1991 cohort (approximately the class of 2013). Rankings are shown for colleges with at least 200 students in this cohort, sorted here by the ratio between the two income groups.
www.abnormalreturns.com

10.What is the number one predictor for personal success?
Discover 8 skills necessary for success and persistency.

In a delightful read called The Brain Warrior’s Way by Daniel and Tana Amen, the authors discuss the biggest strategy for health, longevity and success. Right now begin to guess what you think is the most important strategy for successful living. If you said optimism, exercise, happiness or stress-free living, you would be partially correct, but that is not the number one strategy for living a long and successful life. In fact, “happy-go-lucky” people die sooner than folks who practice this one skill. It is called persistence!

Yesterday, my husband, Ted and I went to see the movie, The Founder, a disturbing yet fascinating journey about Ray Kroc’s acquisition of the McDonald’s fast food industry. He was a struggling salesman for many years. In the narrative Ray finally discloses what made him so successful. He boldly states the very same skill that the Amens discuss in their book….persistence! The Amens also share the landmark research from Friedman and Martin’s The Longevity Project: Surprising Discoveries for Health and Long Life from the Landmark Eight Decade Study finding that conscientious people live much longer and are among the most successful people.

Source: Lori Russell-Chapin
There is a portion of the brain that must activate to help with persistence. According to research by Dr. Murray Grossman and colleagues, a healthy ventral medial prefrontal cortex (vmPFC) aids in social and personal decision-making, along with the dorsal lateral prefrontal cortex (dlPFC) and dorsal portions of the anterior cingulate (dACC). Functional MRIs have shown the dlPFC’s role in top-down intentional decision making and the dACC role for stepping in to discern conflicts and competing alternatives.

What skills do we need to practice to help our brains be more persistent?

Even if being persistent and conscientious are not your strong suite, here are 8 skills to practice. These skills will develop and protect your prefrontal cortex.

1. Start first with fore thought. Take the time to plan upfront what you desire, whether that be the groceries that you need for the week or steps needed for finishing a project. Plan out each step needed to achieve your goal.

2. Reflect on all the positive and negative consequences of a plan. Knowing what consequences are possible, assists the brain in making better decisions.

3. Keep your word. What we say to our self and others is often all we have. I often say to clients that what we say needs to be consistent with what we do.

4. Follow-up and follow-through. Ask questions about details. Again if you say you are going to do something, then do it. Be reliable. What ever you do, don’t blow it in the end.

5. Take calculated risks. Stretch out of your comfort zone. Anxiety and fear are not healthy motivators.

6. Be sure to establish a daily routine. We are creatures of habit, and we need structure and routine. Plan out your day, just like you plan out an agenda or project. That consistency offers order out of the chaos of life.

article continues after advertisement
7. Evaluate every plan. If it needs adjusting, adjust and adapt.

8. Perhaps most importantly, if you fail, get back on the horse and try again and again. Being persistent help the neurons wire and fire together.