1.We are in Third Dollar Super Cycle Since 1973 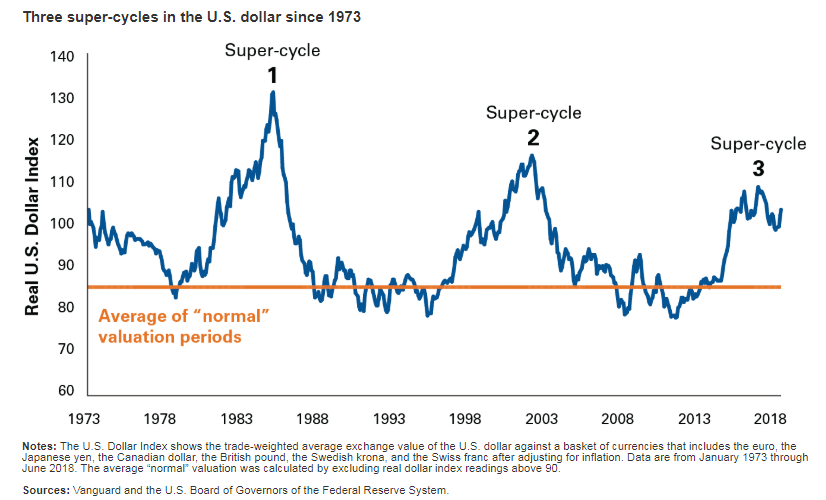 If past is prologue, the dollar will weaken

We can therefore expect the dollar super-cycle to come to a close over the next few years. Here are 4 fundamental factors, not mutually exclusive, that I’ll be watching for:

It was the eighth-largest dividend cut in the history of the S&P 500, according to S&P Dow Jones Indices. Worse, GE (ticker: GE) now has three dividend cuts that rank in the top 10 in history, more than any other company.
General Electric Takes the Gold at Cutting Dividends By Lawrence C. Strauss
Barrons
https://www.barrons.com/articles/general-electric-takes-the-gold-at-cutting-dividends-1541196417 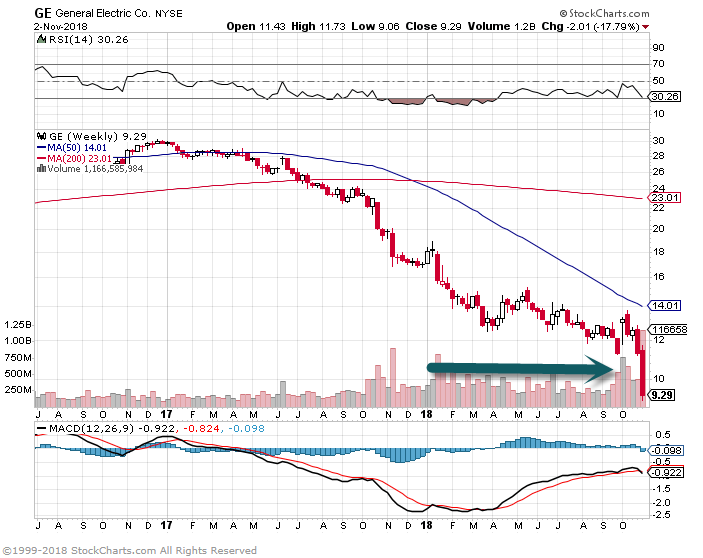 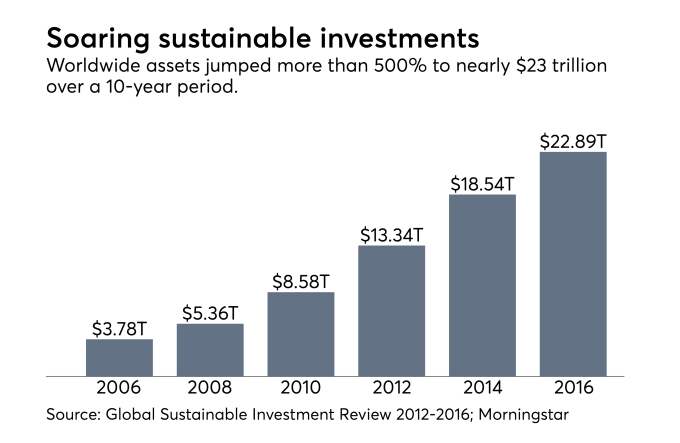 Pay attention to these four industries heading into midterm elections.

Investor angst over the sustainability of earnings growth and the impact of trade tensions has pummeled equity markets. The upcoming midterm elections and their aftermath represent another catalyst that should be on investors’ radar, we believe. Taking a step back can be a good exercise. The S&P 500 Index has risen 27% since the 2016 elections, with big moves at the industry level as investors anticipated regulatory and political catalysts driven by a one-party hold amongst the executive and legislative branches.1

The October sell-off now brings the S&P 500 valuations down to a more reasonable 14.8x price to next year’s calendar earnings multiple–the lowest level in over 2 years. 1 As attractive valuations are an effective tool to bring investors back to the table, the following industry groups may be in focus as investors look past midterms to the end of the year. 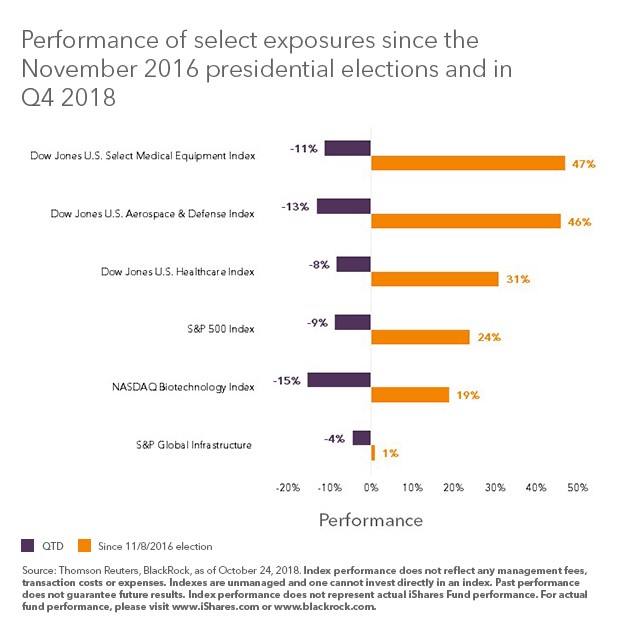 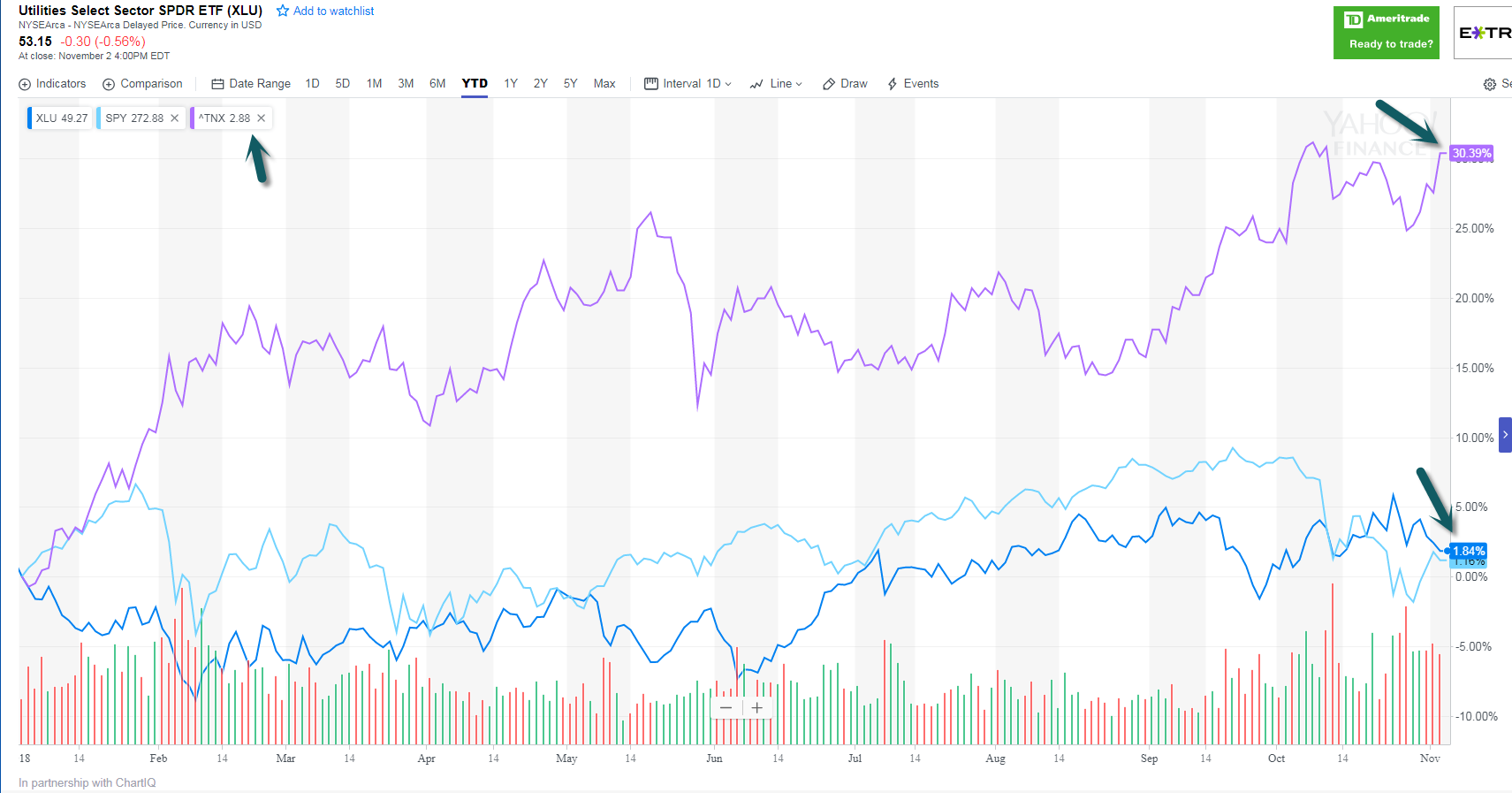 6.Where is the Intellectual Capital?

California’s affluent Silicon Valley wouldn’t be expected to see an exodus of skilled and highly educated workers but a drought, a lack of opportunities and a loss of manufacturers make this a reality for another part of the state — the hardscrabble Central Valley.

The Hanford-Corcoran metropolitan area — 175 miles southeast of the Silicon Valley — is No. 1 on this year’s Bloomberg Brain Drain Index, which tracks outflows of advanced degree holders and business formation, white collar job losses and reductions in pay in the fields of sciences, technology, engineering and mathematics. 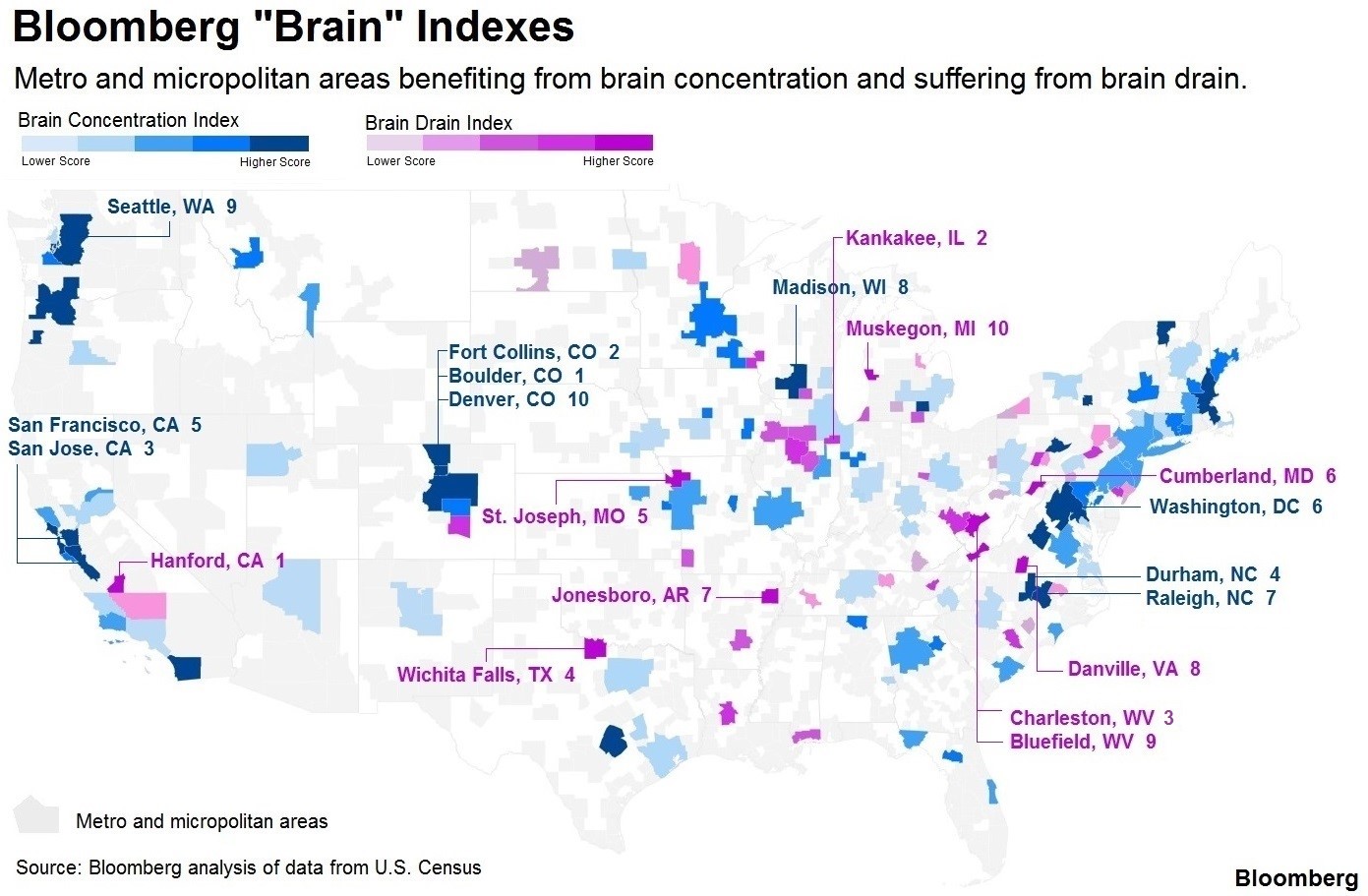 The Census Bureau’s annual household income report for 2017 was published last month. We’ve now compiled a few tables for the 50 states and DC based on the Current Population Survey, a joint undertaking of the Census Bureau and Bureau of Labor Statistics, which includes annual data from 1984 to 2017. The details are fascinating. 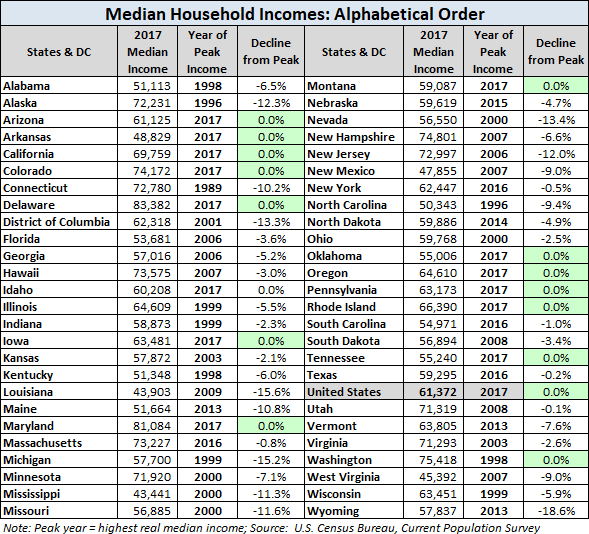 9.Read of the Day…Dear Investor, That Cocky Voice in Your Head Is Wrong

The findings from the field of behavioral economics apply to everyone. Especially you.

As much as all of us investors wish we were perfectly logical calculating machines, we are human: emotional, distractible, impatient, inconsistent. Behavioral economics is the study of how real human beings—not the walking, talking spreadsheets that traditional economists pretend we are—make financial decisions. Unfortunately, it’s all too easy to persuade yourself that the findings of behavioral economics apply to everyone else but you. After more than 20 years of studying research in that field, here’s how I think most investors interpret it. How many of these sound like you? I know many of them sound like me.

I’m 100% certain that’s true for everybody else, but there’s no way that applies to me.

That’s so ridiculous I’m not even going to waste my time refuting it.

I could explain all that to you, but I gotta run.

Why would I do that when my gut feelings give me the right answer, like, pretty much almost all the time?

Are you kidding me? I’m not aware a single decision of mine that could possibly have been affected by unconscious bias.

Well, I sure don’t suffer from that. I don’t have any losers!

That’s nonsense, and I’ll prove it to you after I finish checking the price on this stock I bought five years ago. [Pause.] I’ve only lost 85%, so I’ll be back to break-even in no time.

I’m not surprised people in backward countries would do something dumb like that. I’ve got at least 10% of my assets outside the U.S.!

But all my investments are already perfect. Why would I want to change?

Well, sure, but haven’t these scientists ever noticed somebody wins Powerball almost every week? The jackpot’s up to $459 million, so excuse me while I go buy 25 tickets.

The more I think about it, the more I can see how that might apply to people like you.

People are so irrational! Hey, can you believe this guy on CNBC? He just said Apple stock’s going to $300 a share. There’s no way it’s worth more than, like, $285.

Without even thinking about it, I can come up with three people who would never do that: me, myself and I.

That’s nonsen—WHAT DO YOU MEAN, THE DOW IS DOWN 140 POINTS?

Write to Jason Zweig at intelligentinvestor@wsj.com

10.The Surprising Power of The Long Game

The long game isn’t particularly notable and sometimes it’s not even noticeable. It’s boring. But when someone chooses to play the long game from an early age, the results can be extraordinary. The long game changes how you conduct your personal and business affairs.

There is an old saying that I think of often, but I’m not sure where it comes from: If you do what everyone else is doing, you shouldn’t be surprised to get the same results everyone else is getting.

Ignoring the effect of luck on outcomes — the proverbial lottery ticket —doing what everyone else is doing pretty much ensures that you’re going to be average. Not average in the world, but average to people in similar circumstances. There are a lot of ways not to be average, but one of them is the tradeoff between the long game and the short game.

The effects of the short game multiply the longer you play. On any given day the impact is small but as days turn into months and years the result is enormous. People who play the short game don’t realize the costs until they become too large to ignore.

As the weeks turn into months and the months into years, the short game compounds into disastrous results. It’s not the one day trade off that matters but it’s accumulation.

Playing the long game means suffering a little today. And why would we want to suffer today when we can suffer tomorrow. But if our intention is to always change tomorrow, then tomorrow never comes. All we have is today.

The long game is the opposite of the short game, it means paying a small price today to make tomorrow’s tomorrow easier. If we can do this long enough to see the results, it feeds on itself.

From the outside, the long game looks pretty boring:

… and countless other examples.

In its simplest form, the long game isn’t really debatable. Everyone agrees, for example, we should spend less than we make and invest the difference. Playing the long game is a slight change, one that seems insignificant at the moment, but one that becomes the difference between financial freedom and struggling to make next month’s rent.

The first step to the long game is the hardest. The first step is visibly negative. You have to be willing to suffer today in order to not suffer tomorrow. This is why the long game is hard to play. People rarely see the small steps when they’re looking for enormous outcomes, but deserving enormous outcomes is mostly the result of a series of small steps that culminate into something visible.

This article is an expansion of something I originally touched on here.