1.Some Asset Classes Hitting New Highs That Were Under Duress During FED Rate Raises. 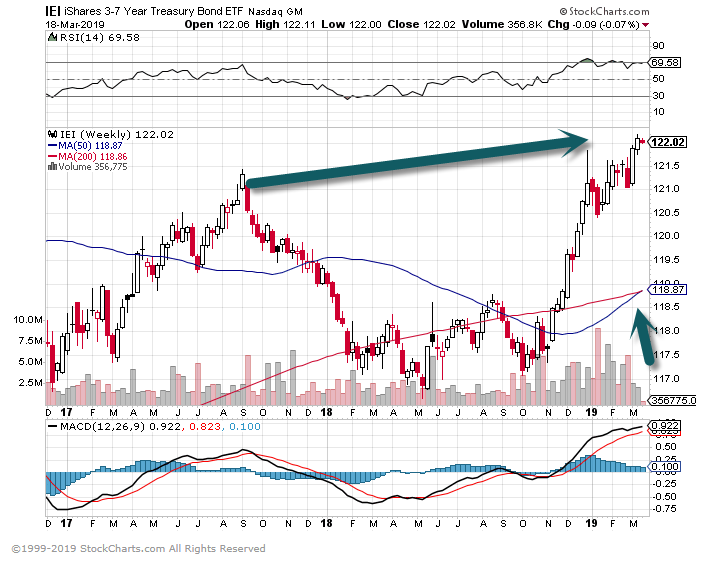 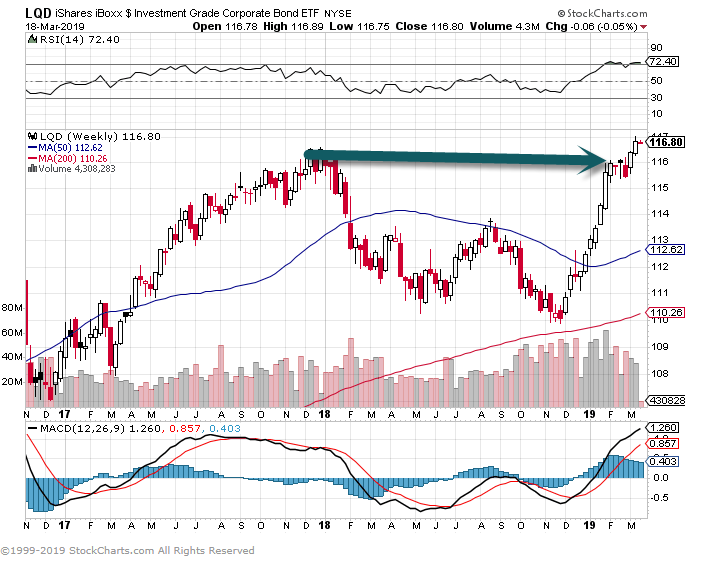 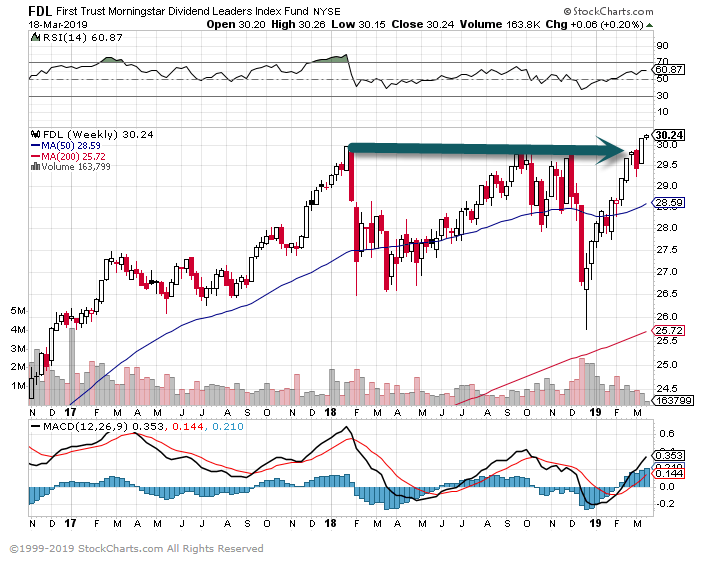 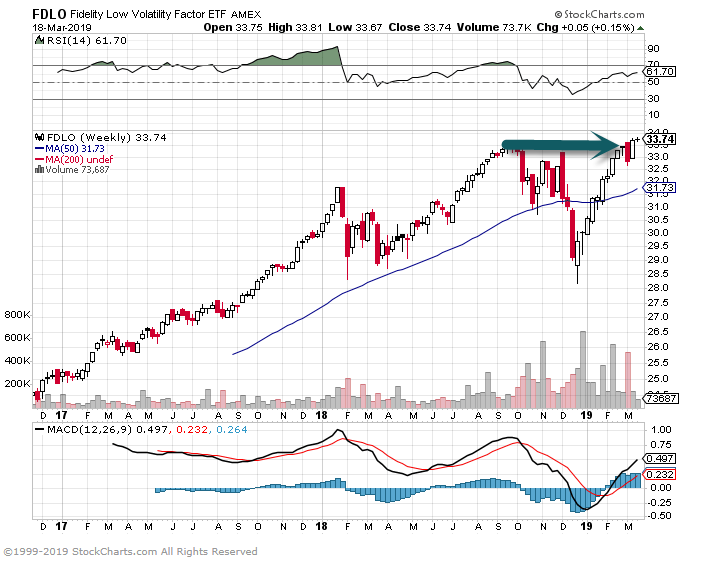 3.Inflation Has Yet to Oscillate Around the FED’s 2% Goal

Regardless, there’s a real chance that price gains come in below 2 percent again this year, making it less likely that the Fed will achieve its symmetric inflation goal on a sustained basis this economic cycle — potentially bad news for the central bank’s inflation-stabilizing credibility. 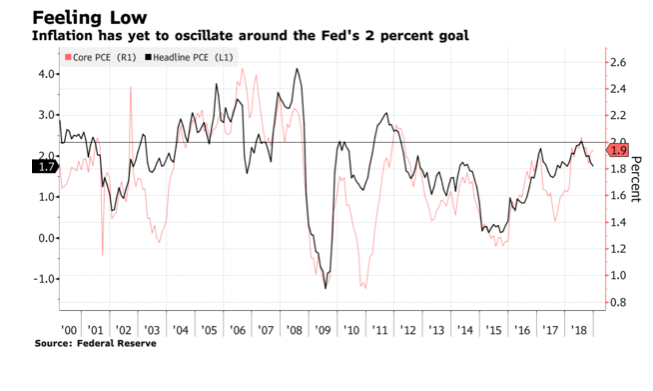 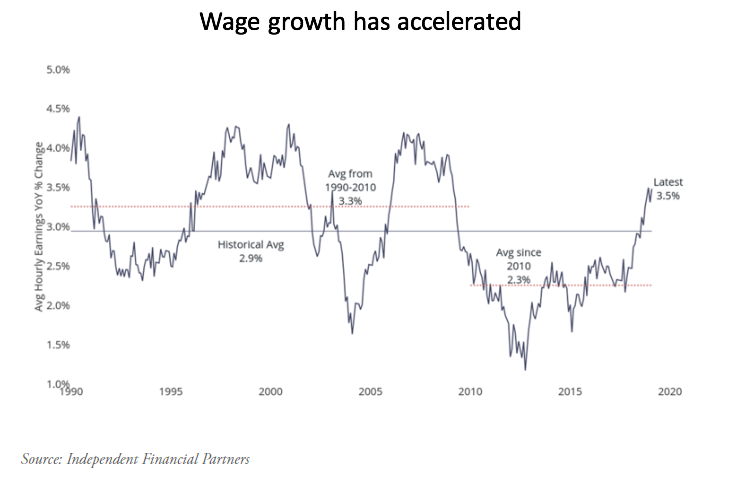 For instance, one statistic that is showing consistent signs of “good” inflationary growth is that of wages.  According to the Bureau of Labor Statistics, average hourly earnings are up 3.5% from a year ago.  This is the fastest growth rate in earnings during this cycle, and well above the average annualized growth rate of 2.3%.  Perhaps this data point is inflationary, but is it a problem if consumers are earning more money and is it something that the Federal Reserve should tighten the reins on?  In our view, no, it is a healthy type of inflation.  If it eventually leads to a broad uptick in prices for goods and services, then the Fed can tighten rates in response at that point in time, rather than trying to pre-empt it.

5. Last week the Spoos gained nearly 3%, their best week since last November, but The week after March’s option expiration week is bearish for DJIA, S&P 500 and NASDAQ. S&P 500 is weakest, down seven years straight, says AlmanacTrader 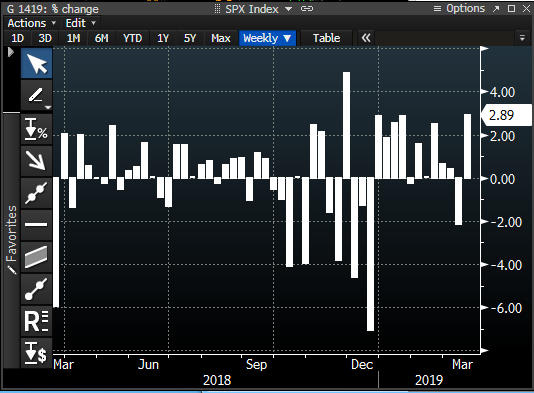 Such “reshoring” by U.S. companies is on the rise. More jobs were gained through reshoring than lost to offshoring in 2016, for the first time since 1970, says the nonprofit Reshoring Initiative. In 2017, employers announced decisions to bring a record 82,250 jobs back, up from just 3,221 in 2010. Preliminary numbers for 2018 show that reshoring announcements slowed last year, to 53,420—possibly a result of “uncertainty from the trade wars, dysfunction in Washington, and the dollar being up a little bit,” says the nonprofit’s founder, Harry Moser. But he calls the trend powerful and persistent. “It’s not just a trickle here or there.”

7. These are the top 20 US banks ranked by the mobile banking features consumers value most 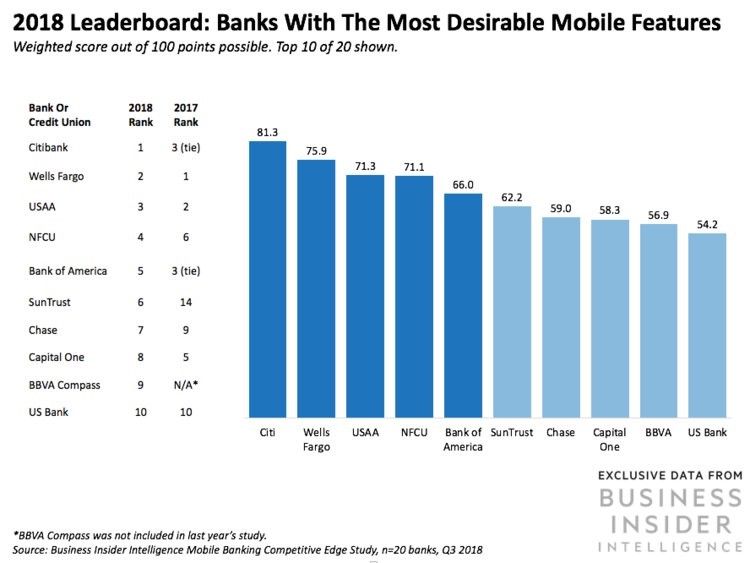 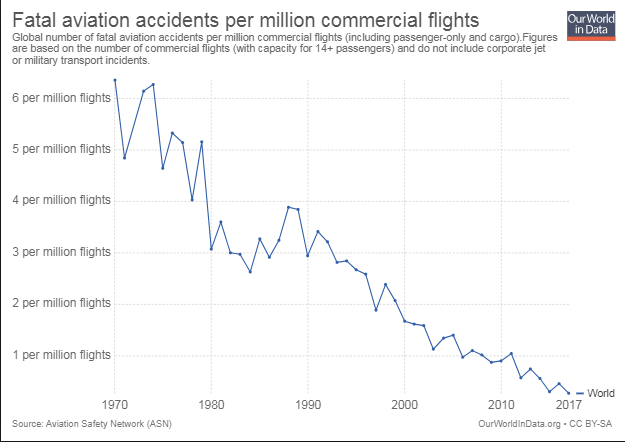 Recently, some rich people and well-known celebrities got caughtcheating to get their kids into elite universities. They bribed sportscoaches, cheated the SAT, and fabricated phony credentials.

Beyond the scams of the rich and famous, though, there are other surprising facts about college in America. Facts closer to our everyday experiences. Here are five.

The Purpose of College

The economist Bryan Caplan has written a provocative book titled The Case Against Education. According to Caplan, the value of college isn’t in what you learn. It’s in getting the degree. “Teachers have a foolproof way to make their students cheer: cancel class…such jubilation is bizarre. Since you go to school to acquire skills, a teacher who cancels class rips you off.” Unless the purpose of attending college isn’t to obtain skills. Maybe the purpose is actually just to obtain the degree.

Or, suppose you had a choice: attend college for 4 years, gain the skills, but have no degree at the end. Or get a degree right now, fully accredited, but not attend a single class. Caplan would not be surprised if you selected the second option. This suggests that education is less valuable than a degree. At least for earnings.

In sum, there are many odd facts about college that upset our commonly held assumptions. Before you pursue a new educational goal, it is worth looking into these research findings.

10.4 Startup Myths Holding You Back From Growth

While women-owned small businesses are still a minority, the numbers are set to rise with more and more women starting up on their own.

Related: How Women Are Rising in Business

Why do so many women start their own businesses? For many of us, the reason is work-life balance. We believe that being our own boss will mean more flexibility and the freedom to order our lives the way we want to.

The reality is that a small operation can be incredibly demanding in its early stages, and more than half of small businesses fail in the first three years. It’s tempting to keep your startup small and “manageable,” but businesses with a less than $50,000 annual turnover have the lowest survival rate, while those turning over $10 million or more have a much healthier chance of survival.

While growth can be fear inducing, we want to see more women entrepreneurs breaking through that seven- and eight-figure ceiling—and enjoy the perks of being your own boss, as well.

Don’t let these myths hold you back from playing a bigger game:

Many female entrepreneurs are motivated by flexibility when they decide to become their own boss. Then they discover the reality that running a business is hard at any size. Early in my career, I felt stuck in my business because all our clients wanted to deal with me personally; I believed that growing it bigger would make it even harder.

It seems counterintuitive that it would get easier as it grows, but while the business is just you (and a few employees), it relies on you being available and involved 24/7. Once you’ve grown and trained a reliable team to implement what you’ve developed, you’ll have more freedom to get away from the office day to day.

I’ve been through this process with several startups now, and my comfort zone is getting bigger each time.

At work: You’ll never get free if you insist on being the only face of your business; if you do, your clients will never want to deal with anybody else. It’s your responsibility to set culture so that your team learns to run the business as you would yourself.

Partnering up with like-minded people is essential for growth, but a perfect partnership is hard to find. Follow a few key principles and you can foster a healthy, powerful partnership based on shared values.

At home: A 2013 study showed that women who earned more money than their partners also did a larger share of household chores. Giving up control of those tasks to your partner, family members or hired help isn’t a weakness; it frees you to focus your energy. Concentrate on the areas where you bring unique value, and invite others in to share your life and take care of the rest.

Related: If You Want to Live More, You’ve Got to Do Less

Myth #3: I don’t have the resources to break into the international market.

Taking your product to the global marketplace can represent a huge mental block. But local growth takes a huge amount of time and effort, too. Think about the energy that you’re going to invest anyway and then consider the most effective way to invest it.

You could sleep in your own bed and knock on doors all day to promote your product at home. Or you could sleep overnight on an airplane and spend the same amount of energy taking much bigger meetings in Beijing or New York.

In my case, my business partner, Janine, has combined lifestyle and business by taking an apartment in Los Angeles, from where she can coordinate Gutsii’s U.S. product launches to correspond with launching in Australia. Another benefit of not trying to do it all alone!

You won’t grow unless you’re prepared to be a little fish in a big pond. When I’m choosing whom to spend time with, I want to choose people who challenge me. I like working with people who intimidate me a little bit. Those people can teach me something!

It’s intimidating to seek out people who are smarter, wealthier, more experienced or higher risk-takers than you, but the rewards are worth it. You can’t predict the kinds of connections you’ll make or the people you’ll meet.

When Janine took the leap to move to Los Angeles, she didn’t know what was waiting for her there—she just knew that she wanted to rub shoulders with more inspiring people and see if our products could stand up in a more discerning market. She was recently named as a wellness leader in the city, despite only having moved there five months ago, something that never would have happened if she’d stayed in her circle of comfort.

Pushing your business out of its comfort zone involves personal and financial risk, and can represent a huge emotional burden. The support of your tribe is crucial, especially for women. We all need a little black book of people we can call on for advice, resources and expertise to help us handle the challenges of rapid growth.

Of course, the best way to widen your tribe and meet more amazing people is to step out of your immediate circle and step into a bigger game.

Related: Why You Need to Embrace Your Ambition