1.Stocks Added to S&P 500 Index Underperform Those Kicked Out by an Average of 23 Percentage Points Over 12 Months.

Studying S&P 500 index data from 1989 to 2017, Arnott found that the stocks added to the index underperformed those that were kicked out by an average of 23 percentage points over the next 12 months   Stocks added are almost always trading at high multiples. Discretionary deletions, when companies are removed for not meeting criteria, are almost always trading at bargain-bin prices. It occurred to me that no one had taken a close look at the “buy high, sell low” nature of indexes, exploring that as trading cost. 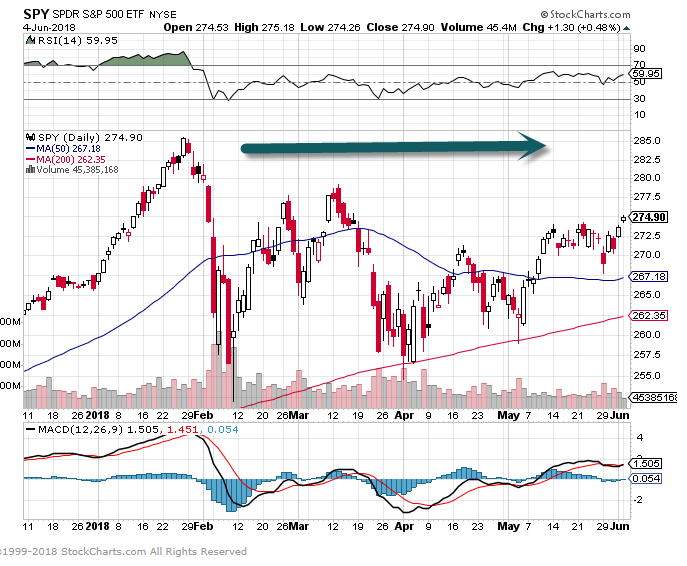 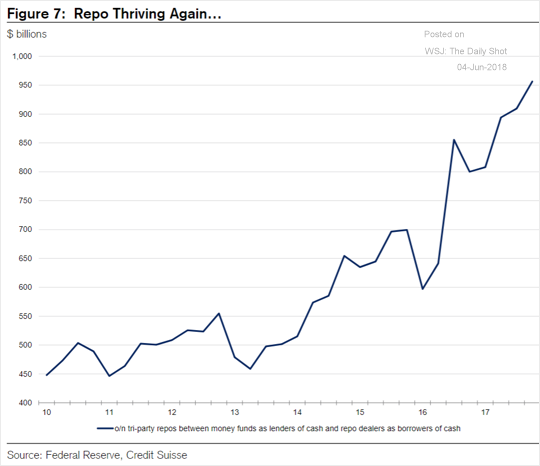 What is a ‘Repurchase Agreement – Repo’

How long can tech’s dominance last? The strategists point to history as a guide. 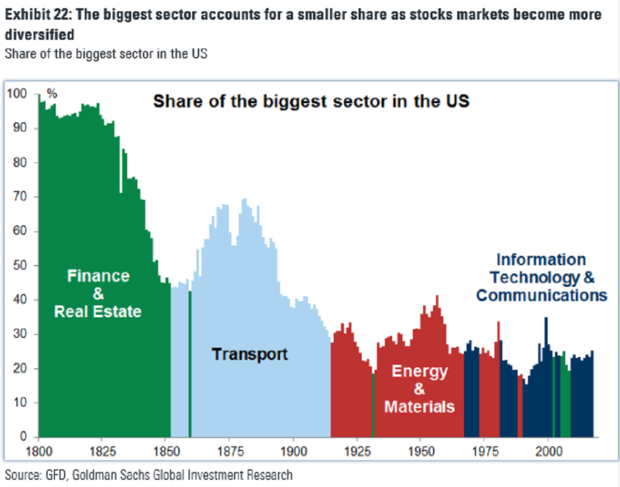 Financial firms ruled the market from the 1800s to 1850s, followed by a six-decade reign by transport stocks as the U.S. expanded its railroad system. Once steam and coal started powering a manufacturing boom, energy took over the market through the 1970s.

Since then, the rise of AT&T, IBM and Microsoft has helped elevate tech’s status as the use of telephones and computers spread. But the industry’s share in the market, even at its peak in 2000, is nowhere close to where other big sectors experienced in the past.

“Leading tech companies today have become very large in terms of market value, but that reflects the significant growth of technology spending and its ability to displace other more traditional capex spending,” the strategists wrote. “Very often the new platforms become virtually the whole market.” 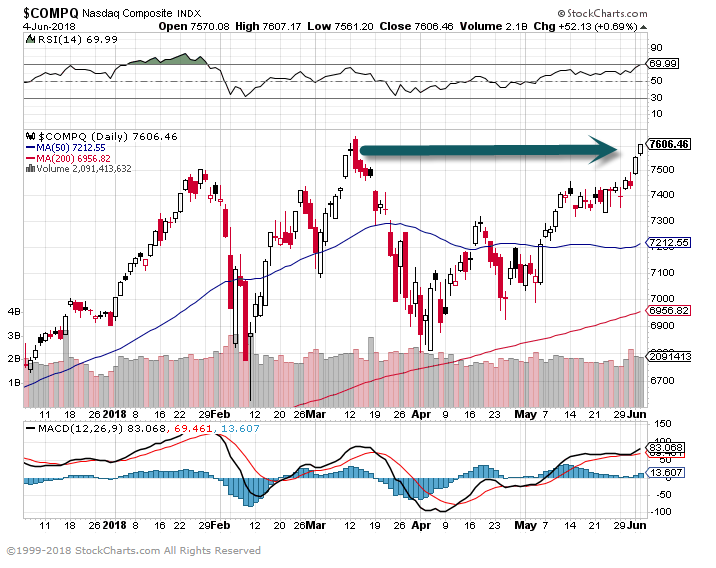 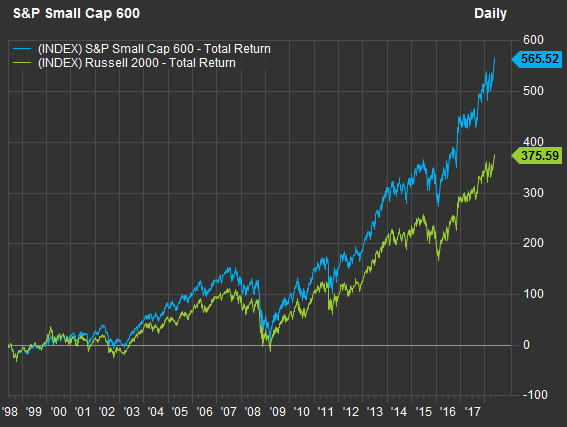 Here’s a table with more comparisons of total returns for the two indexes:

So the Russell 2000 Index beat the S&P 600 Small Cap Index during 2017. But for all the long-term periods, it’s pretty clear which one has done a better job bringing home the bacon.

Differences between the indexes

As you saw above, the Russell 2000 doesn’t really have any criteria restricting inclusion. As of the close on Friday, there were 15 stocks in the index with prices below a dollar and 39 below two dollars. Those numbers in themselves don’t mean very much. However, it’s generally a bad sign for any company’s share price to be that low.

The S&P 600 had no stocks with share prices below a dollar as of Friday’s close, and only three with prices below two dollars.

In its criteria for companies to be initially included in the S&P 1500 Composite Index (which includes the large-cap S&P 500 SPX, +0.45% the S&P Mid Cap 400 Index MID, +0.50% and the S&P 600), S&P Dow Jones Indices has a “financial viability” component requiring the sum of a company’s most recent four quarters of GAAP earnings to be positive.

Later on, a company that “substantially violates one or more of the eligibility criteria may be deleted at the Index Committee’s discretion,” according to S&P Dow Jones Indices. After that, a year must pass before the company can be reconsidered by the committee to be included in the index.

So the S&P 600 can be considered “less risky” than the Russell 2000, even as it has generally been the better performer. 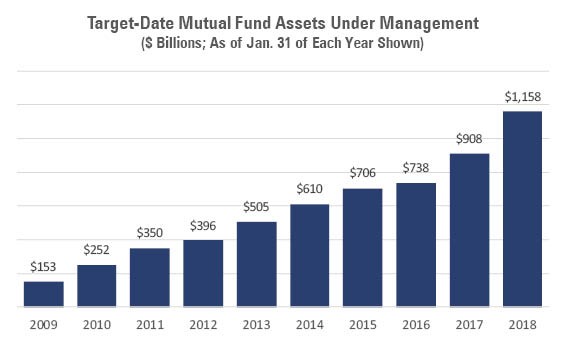 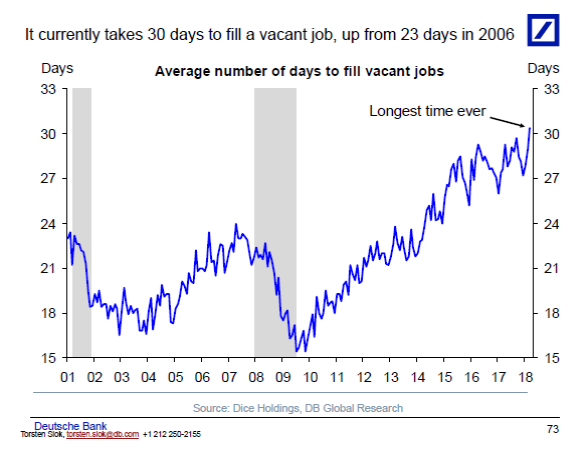 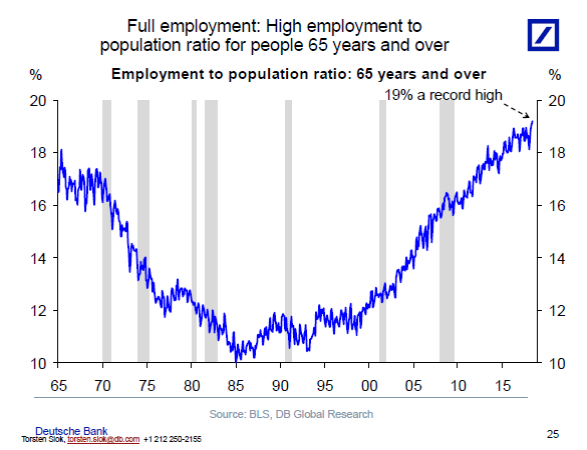 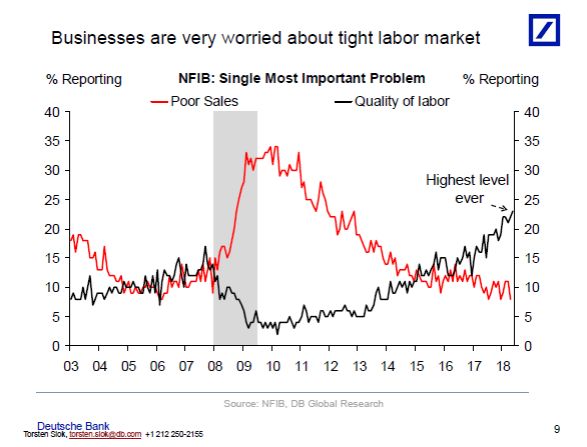 Uber is on track to go public in 2019, CEO Dara Khosrowshahi told CNBC on Wednesday.

“We’re in a good position in terms of the company’s profile, in terms of profitability and margins continue to get better,” Khosrowshahi told CNBC’s Carl Quintanilla at the Code Conference in Rancho Palos Verdes, California.

Khosrowshahi added that Uber has a “very strong balance sheet.”

“I do think that we’re on track in 2019 for an IPO,” he said. “Lots of things can happen in the world but we have a reasonable buffer as well, so I think we’re in a pretty good spot.”

The CEO specified later on Wednesday that he was looking at the second half of 2019 for an IPO. A person familiar with the matter had told CNBC that Uber is targeting to go public in late 2019 but the company has not started interviewing banks yet.

Last week, Uber said it had strong revenue growth and reduced lossesin the first quarter of this year. The company revealed that net revenue was up 67 percent on-year and losses narrowed 49 percent on-year. Those numbers exclude a $3 billion first quarter gain from the sale of Uber’s Southeast Asian business to rival company Grab and a business merger in Russia with Yandex.Taxi.

The CEO said that he is looking to build out his management team, rebuild the brand and improve the product before the company goes public. That includes hiring a chief financial officer, he said.

Khosrowshahi also spoke about legendary investor Warren Buffett, who earlier told CNBC that he was an admirer of the Uber chief.

10.Why Having Too Many Choices Is Making You Unhappy

More options means more possibilities to be perfectly content–right? Here’s why decision fatigue is sapping us of happiness and making us regret the choices we make.

Amazon sells 1,161 kinds of toilet brushes. I know this because I recently spent an evening trying to choose one of them for the bathroom in my new apartment. Nearly an hour later, after having read countless contradictory reviews and pondering far too many choices, I felt grumpy and tired and simply gave up. The next day, I happily bought the only toilet brush the local dollar store offered.

Too many choices exhaust us, make us unhappy and lead us to sometimes abscond from making a decision all together. Researcher Barry Schwartz calls this “choice overload.” And it’s not just insignificant details like which brush to wipe the inside of the toilet with–having too many choices in our creative and professional lives can lead us to avoid making important decisions.

“As the number of options increases, the costs, in time and effort, of gathering the information needed to make a good choice also increase,” writes Schwartz. “The level of certainty people have about their choice decreases. And the anticipation that they will regret their choice increases.”

Understanding how and why we make decisions can perhaps help us make better choices down the line.

YOU BOUGHT THAT SNICKERS BAR BECAUSE YOU’RE TIRED.

We make poorer decisions when we are tired. It’s caused by decision fatigue. The mind can only sort through so many options and make so many choices before it starts to run out of steam. That’s why impulse buys like candy bars and magazines at the checkout aisle in the grocery store can be hard to resist. We’ve exhausted all our good decision-making skills.

The same goes for our workday. Making lots of decisions not only exhausts us, it can put us in a fowl mood. A study out of Columbia University found that judges were more likely to give prisoners a favorable ruling in the beginning of the day and after a food break, than at the end of the day.

That’s why it’s important to make your most important decisions in the morning rather than at the end of an exhausting day when your energy has been depleted. The “sleep on it” idiom really does have clout when it comes to making big decisions.

IF YOU HAVE TOO MANY OPTIONS, YOU’LL PROBABLY HOARD YOUR ENERGY.

When we’re tired, we tend to conserve our energy by making choices based on a single factor like price, for example, rather than considering all the other determinants that go into making the best decision. When you’re doing this, you are acting as what researchers call a cognitive miser. Another study out of Columbia University shows that this happens when consumers are given a lot of features to choose from when buying a car or suit. After a while, people start asking for the default option rather than carefully weighing each decision.

This can also happen when faced with a decision in your creative work. Given the endless options of which route to take, we can sometimes end up going with the more conventional path simply because it’s the easier way to go.

PUT LIMITS ON YOUR OPTIONS TO MAKE THE BEST DECISION.

Imposing your own constraints when trying to make a choice in your professional and creative work can help you make a better thought-out decision. A study from New York University found that “restricting the choice of creative inputs actually enhances creativity.”

In other words, letting yourself have less options to choose from can help you arrive at a more creative answer.