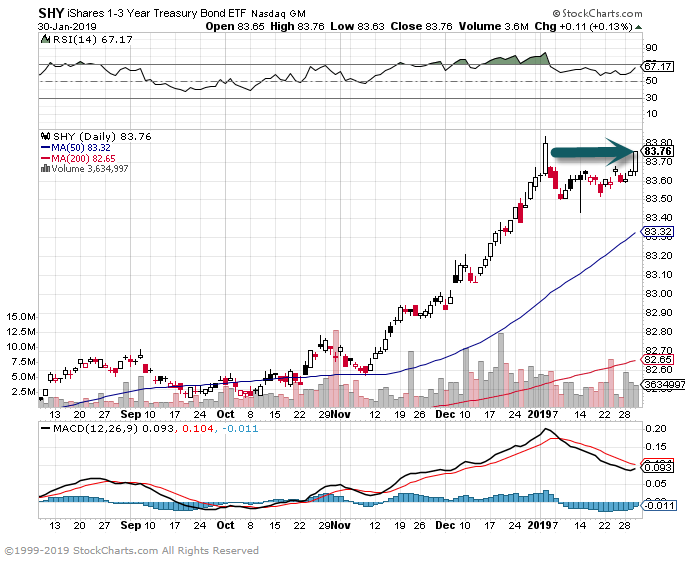 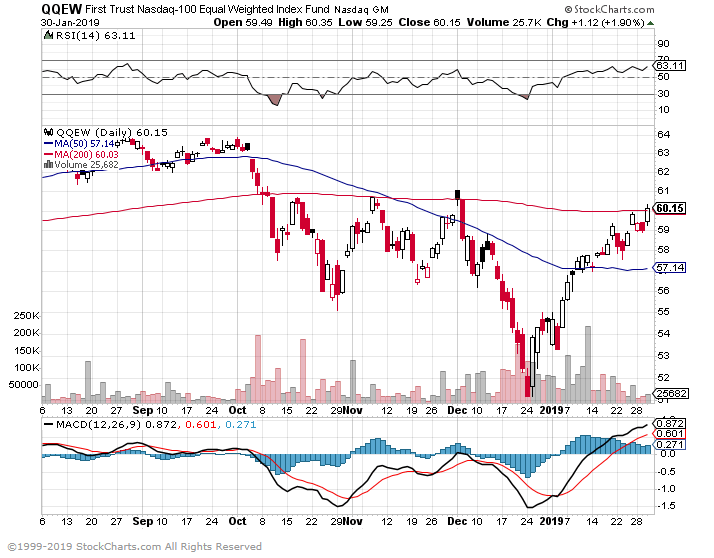 About 60% of the 134 companies that have reported year-end results through Tuesday morning have seen their share prices rise in subsequent trading sessions, according to Fact Set. That marks the biggest percentage for any quarter of 2018 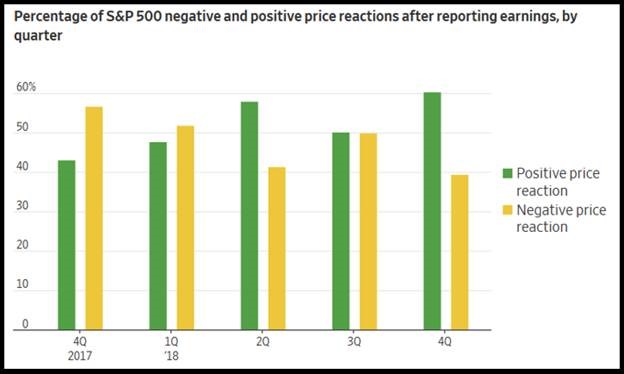 In an apparent about face, Fannie Mae and Freddie Mac’s regulator told congressional Democrats Wednesday that he welcomes their input on coming up with a plan to free the mortgage giants from federal control.

“As we begin the journey of evaluating the enterprises and developing a framework for ending conservatorship, I would welcome your insight and perspective,” Joseph Otting, the acting director of the Federal Housing Finance Agency. wrote in a letter to House Financial Services Committee Chairwoman Maxine Waters and Senator Sherrod Brown, the top Democrat on the Senate Banking Committee. 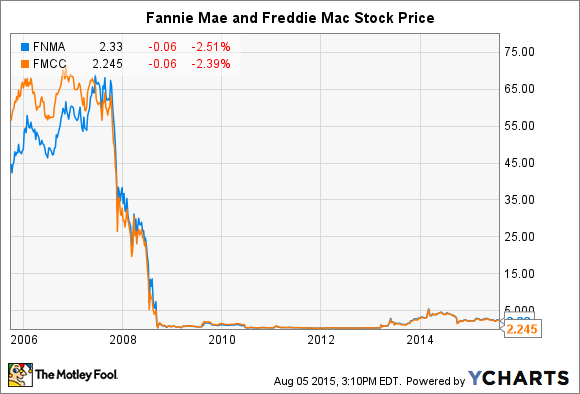 Jobless claims have dropped to a 49-year low. Based on historical trends, this could signal that a U.S. economic recession is further off than many expect.

Data released January 24 showed jobless claims fell to 199K in the week ending January 18, the lowest number since 1969 and far below consensus estimates of 218K. As shown in the LPL Chart of the Day, current jobless claims have been significantly lower than those in the 12-month periods preceding each recession since the early 1970s.

Jobless claims have fallen out of the spotlight as the economic cycle has matured, but they could prove important again as investors’ recessionary fears increase. While most labor-market data serve as lagging indicators of U.S. economic health, jobless claims are a leading indicator. Historically, a 75–100K increase in claims over a 26-week period has been associated with a recession.

7.Where Global Corruption Is Rampant

Yesterday, Transparency International released its 2018 Corruption Perceptions Index with the organization stating that the continued failure of most countries to control corruption is contributing to a crisis in democracy around the world. The index ranks 180 countries and territories on perceived public sector corruption with 0 meaning “highly corrupt” and 100 meaning “very clean”. This time around, more than two-thirds of countries scored 50 or below which means they have serious problems preventing foul play in their public sectors. The average global score was 43.

Denmark came first with 88 out of 100 with Finland, Singapore, Sweden and Switzerland following with 85. Somalia was rock bottom of the index with a score of just 10, followed by Syria and South Sudan who both had 13. Transparency International said that only 20 countries saw a significant improvement in their scores over the past seven years including Argentina, Guyana and the Ivory Coast. During the same time frame, 16 countries recorded a significant decrease with Australia, Malta, Hungary and Turkey among their ranks. The U.S. had a disappointing score of 71 this year, four points down on 2017. That means it has dropped out of the top-20 countries for the first time since 2011. 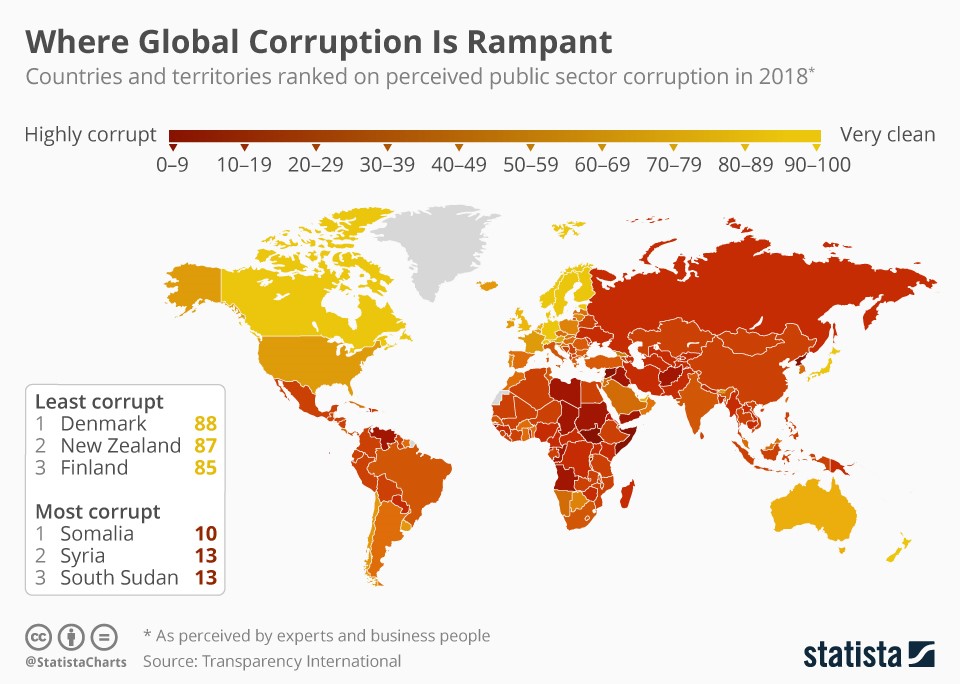 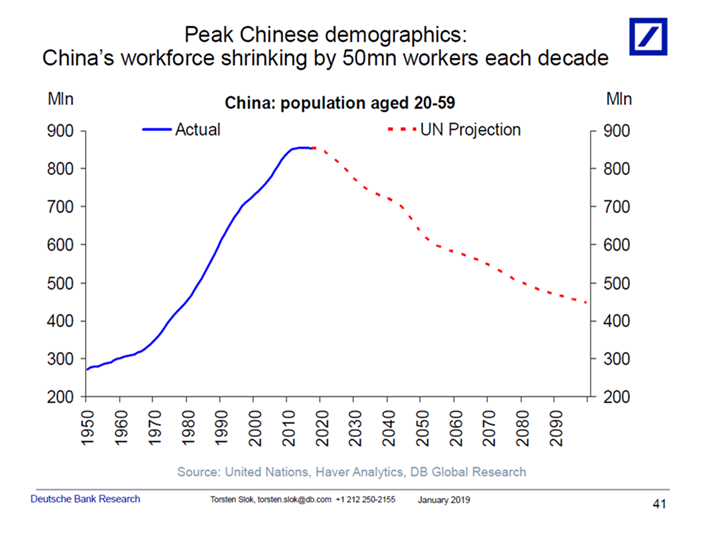 By Rory Jones and Summer Said

DUBAI — Saudi Arabia has ended an anticorruption campaign after recovering more than $100 billion in cash, real estate and other assets as settlements, a crackdown that ensnared princes, officials and businessmen and spooked investors the kingdom needs to reshape its oil-dependent economy.

On Wednesday, the Saudi Royal Court said the anticorruption committee summoned 381 individuals to face indictments or testify and reached monetary settlements with 87 who confessed to charges presented to them.

Eight individuals declined to settle and were referred to the Saudi public prosecutor, who also refused to settle the cases of 56 individuals because of already existing criminal charges against them, the Royal Court said.

Crown Prince Mohammed bin Salman led the crackdown that began in November 2017 by locking up hundreds of the country’s elite in the Ritz-Carlton Hotel in the capital Riyadh, as the de facto Saudi ruler rolled out an ambitious plan to overhaul the kingdom’s social and economic structures. Critics viewed it as a power grab rather than a genuine effort to root out graft. Those detained included the children of the previous monarch, King Abdullah, billionaire investor Prince al-Waleed bin Talal and construction magnate Bakr bin Laden.

10. Life Skills You Need to Increase Your Likelihood of Success

There are certain life skills everyone needs to not only become successful but also to maintain that success.

Whether you’re an entrepreneur, a company leader, or an entry-level employee, there are certain life skills that will not only increase your chances of being successful but will also help you maintain that success.

As I plot my goals for this year, one is making sure my kids are consistently learning these skills — I still don’t see them being taught in school as much as they should, which is a bit disappointing. These include things like personal finance, which my mom taught me at an early age. This actually set me up to obtain my first loan for my first business.

But what other important life skills are needed to help you — or your children — become super successful in life? Here are seven skills that I believe are absolutely essential.

I recently set up bank accounts for my 2-year-old and 5-year-old. As crazy as that may sound, my bank offers a 5 percent interest rate on its checking accounts for up to $500. Needless to say, I was pretty amped about that. But the real purpose was more about getting them to think about saving money and setting goals. Yes, that’s right: My 5-year-old has financial goals.

Unfortunately, I frequently run into people who desperately want to start their own business or make the jump from their crappy corporate job. Unfortunately, money prevents them from achieving these goals because they don’t have the down payment or financial cushion to take a worthwhile risk.

“Mental health” doesn’t just refer to being diagnosed with a mental illness: Mental health also covers lacking confidence, paralysis from setbacks, and too much negative self-talk. These not only can drastically affect your performance, but they can also lead to a lack of gratitude and resilience — and, eventually, contentment. As a result, this can make it so that no matter how well you perform, you don’t take even a second to appreciate your success. You struggle to be thankful for what you have or dust yourself off when you fall down.

Not enough people are aware of just how important time management really is. Without it, you can’t organize your day. Eventually, this makes it almost impossible to achieve that coveted balance between your professional and personal lives.

But that’s just the start. When you manage your time more effectively, you’ll become more successful because you’ll know how to prioritize tasks and achieve your goals faster. You’re able to eliminate indecisiveness, reduce stress, and find enough energy to get the important things done. Also, time management allows you the time to do what you really love. I would be absolutely miserable and unproductive if I spent 80 hours in the office and never had time with my family. I mean, what would be the point?

I strongly believe that relationships are the key to success. Just think about your company: I highly doubt it’s thriving solely because of you. Your entire team has worked toward a common goal, and you absolutely owe the customers who’ve trusted and supported you.

Relationships help us get through the tough times and celebrate the good times. They introduce us to new ideas and opportunities. They can help make us more empathetic and find a purpose bigger than ourselves.

And, as the philosopher Jiddu Krishnamurti said, “No one can live without relationship. You may withdraw into the mountains, become a monk, a sannyasi, wander off into the desert by yourself, but you are related. You cannot escape from that absolute fact. You cannot exist in isolation.”

I recently taught my daughter how to play UNO and chess. At first, she was just throwing cards down because she liked certain colors more or moved only the knights because she liked the horses — the bishops and rooks were boring-looking to her. As she continued to play more, she actually started planning her next moves. She started thinking through things that went beyond what she just liked and more on the steps that would help her win.

I consistently run into leaders who complain about their employees not being strategic enough and just checking off boxes. To succeed, you have to think about your next move and have a contingency plan in place for when things change.

Throughout life, you’ll have to overcome obstacles and setbacks — no matter how well-prepared you are. Instead of complaining about it or throwing in the towel, you need to be able to navigate these unforeseen challenges. Sometimes, you have to think on your feet rather than have the luxury of brainstorming.

Personally, I think a big part of successfully solving problems is being flexible and thinking beyond what you’ve done before. This can lead you to explore new opportunities and push your limits.

Team building helps create cohesive groups in which everyone feels invested, engaged, and on the same page when working toward a goal. As a result, there are fewer conflicts, and people enjoy higher morale and productivity.

But developing team-building skills also means that you have strong communication skills: You listen, clearly explain yourself, and pick up on body language. You also have to hone your ability to collaborate and cooperate with others, like giving and accepting feedback and being willing to take on new tasks. On the flip side, you’ll need strong delegation skills, allowing you to assign roles and explain expectations.

Being a good team builder means you have the ability to motivate others by recognizing and rewarding their achievements and soliciting input. Team builders use those aforementioned problem-solving skills to resolve conflicts, mediate, and brainstorm strategies. And if you’re doing things right, you’ll develop leadership skills that allow you to align team goals with company goals, make important decisions, and establish team norms.

While this is in no way an exhaustive list, these are the skills that are essential if you want to become successful. And you can be certain that I’m not only constantly working on strengthening these skills in myself, but also in my children — even if it’s one bank deposit at a time.