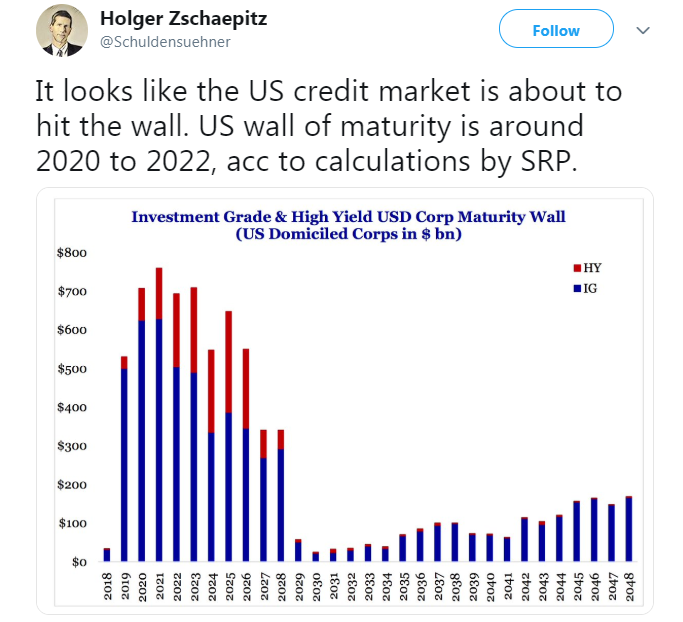 The third quarter earnings reporting period that spanned from early October through mid-November was a rough one for investors.  The broad market struggled quite a bit during this period, and the actual earnings reports coming from corporate America were weaker relative to recent quarters.  Since the unofficial earnings season ended with Wal-Mart’s (WMT) report on November 15th, though, earnings have been coming in a little better.  Just over 100 companies have reported since the 15th, and below are a few stats worth highlighting. 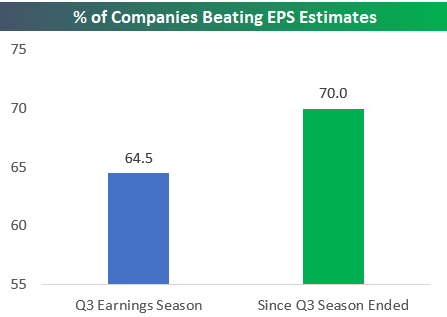 Top-line beat rates have also improved a bit.  During earnings season, only 57.6% of companies beat revenue estimates, while the beat rate stands at 62% for companies that have reported since then. 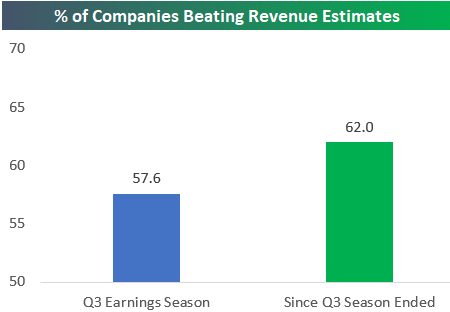 Finally, stock prices are reacting much more positively to earnings reports as well.  During earnings season, the average stock that reported fell 0.14% on its earnings reaction day (the first trading day following the earnings release).  Since earnings season ended, the 100+ companies that have reported have averaged a one-day gain of 1.68% in response to earnings. 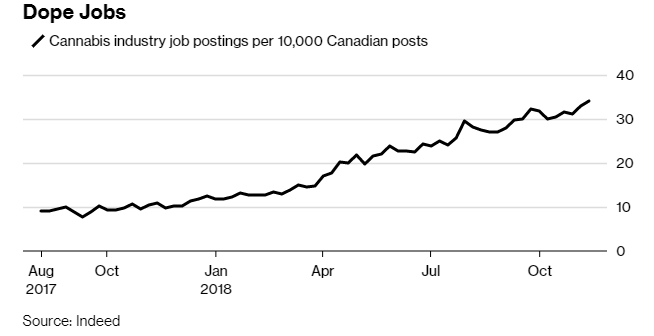 Pot Is So Hot in Canada That Firms Are Importing Workers

It was mid-summer, less than three months before Canada legalized recreational marijuana, and Vic Neufeld had a problem.

The chief executive officer of Aphria Inc. had just hired 50 people to work in the pot producer’s greenhouse in Leamington, Ontario and by the end of the first week all but eight had quit.

“Those are really hot, humid months and working in a greenhouse, as much cooling and airflow as we can provide, is still pretty darn hot in July and August,” Neufeld said in a phone interview.

A lack of qualified local labor forced Aphria to dispose of almost 14,000 cannabis plants in the quarter ended Aug. 31 after they weren’t harvested in time, costing it nearly C$1 million ($750,000). Since then, the company has doubled the staff at its Aphria One greenhouse thanks in part to Canada’s Seasonal Agriculture Worker Program, which has allowed it to hire about 50 temporary workers from the Caribbean and Guatemala with plans to bring in up to 100 more.

Aphria’s experience underscores the swelling demand for labor in Canada’s five-year-old cannabis sector, where openings have tripled in the past year to 34 out of every 10,000 job postings, according to employment search engine Indeed.com.

6.Growth in Industry but MJ Weed ETF Sideways for 2 Years 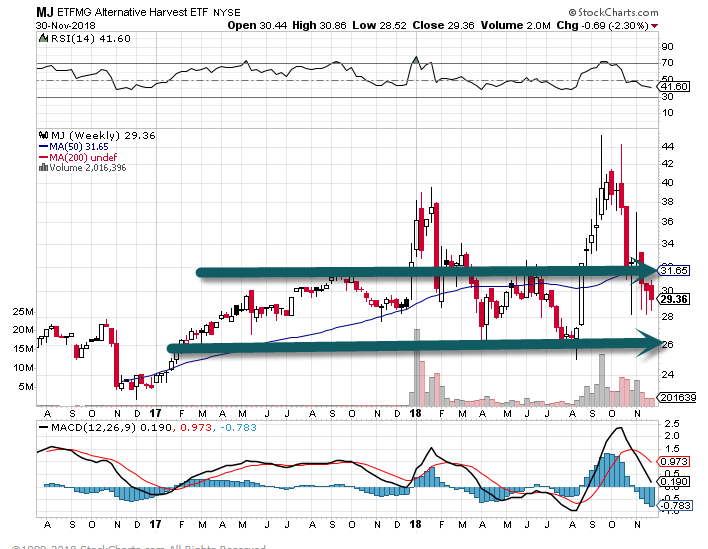 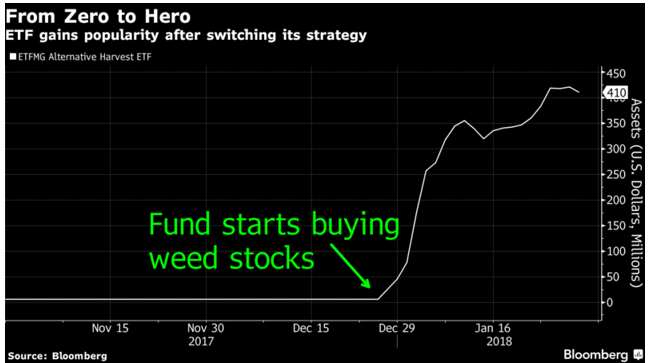 7.‘The Numbers Are So Staggering.’
Overdose Deaths Set a Record Last Year.

A class of synthetic drugs has replaced heroin in many major American drug markets, ushering in a more deadly phase of the opioid epidemic.

New numbers Thursday from the Centers for Disease Control and Prevention show that drug overdoses killed more than 70,000 Americans in 2017, a record. Overdose deaths are higher than deaths from H.I.V., car crashes or gun violence at their peaks. The data also show that the increased deaths correspond strongly with the use of synthetic opioids known as fentanyls.

Since 2013, the number of overdose deaths associated with fentanyls and similar drugs has grown to more than 28,000, from 3,000. Deaths involving fentanyls increased more than 45 percent in 2017 alone. 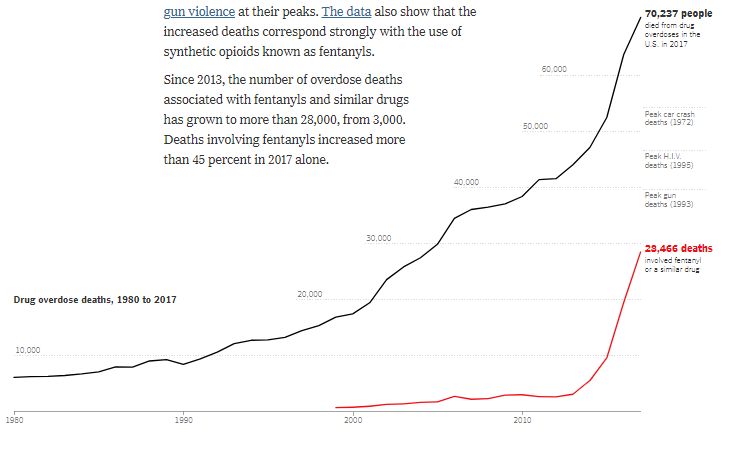 OK, Computer: How Much Is My House Worth?

The battle between man and bot has a new front: your mortgage.

Federal regulators have proposed loosening real-estate appraisal requirements to enable a majority of U.S. homes to be bought and sold without being evaluated by a licensed human appraiser. That potentially opens the door for cheaper, faster, but largely untested property valuations based on computer algorithms.

The proposal was made earlier this month by the Office of the Comptroller of the Currency, the Federal Deposit Insurance Corp. and the Federal Reserve. It would increase to $400,000, from $250,000, the value of homes that can be bought and sold without a tape-measure-toting appraiser visiting a property.

More than two-thirds of U.S. homes sell for $400,000 or less, according to U.S. Census data and the National Association of Realtors. If the regulators’ proposal had been in force last year, about 214,000 additional home sales, or some $68 billion worth, could have been made without an appraisal, regulators said in their 69-page proposal. 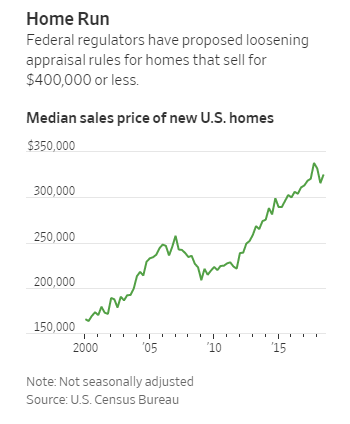 OK, Computer: How Much Is My House Worth? 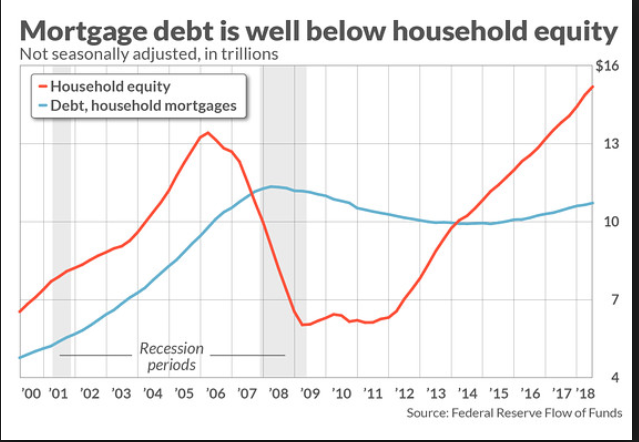 10.The 9 Traits That Define Great Leadership

To motivate your team to achieve the highest levels of performance (and create an extraordinary organization in the process), here are the qualities you should model every day.

Many leaders are competent, but few qualify as remarkable. If you want to join the ranks of the best of the best, make sure you embody all these qualities all the time. It isn’t easy, but the rewards can be truly phenomenal.