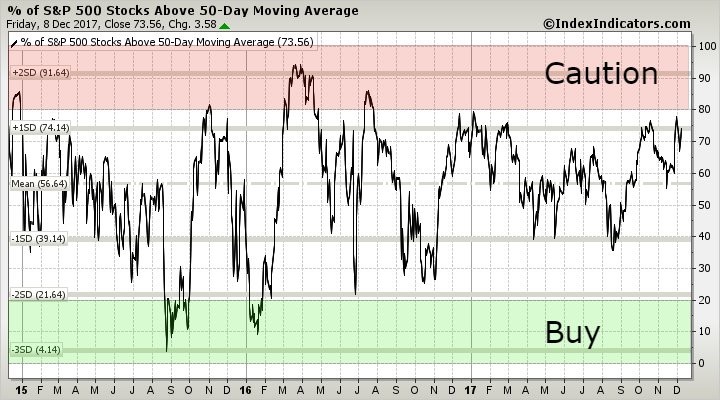 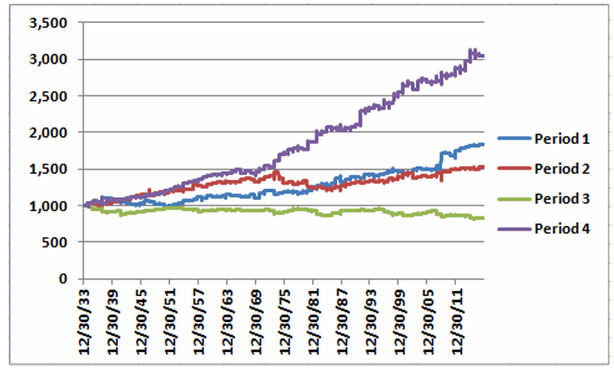 Bloggers note There are four “Periods” to the Santa Claus Rally.  Specifically:

Period 4: December trading day #12 through the end of the month 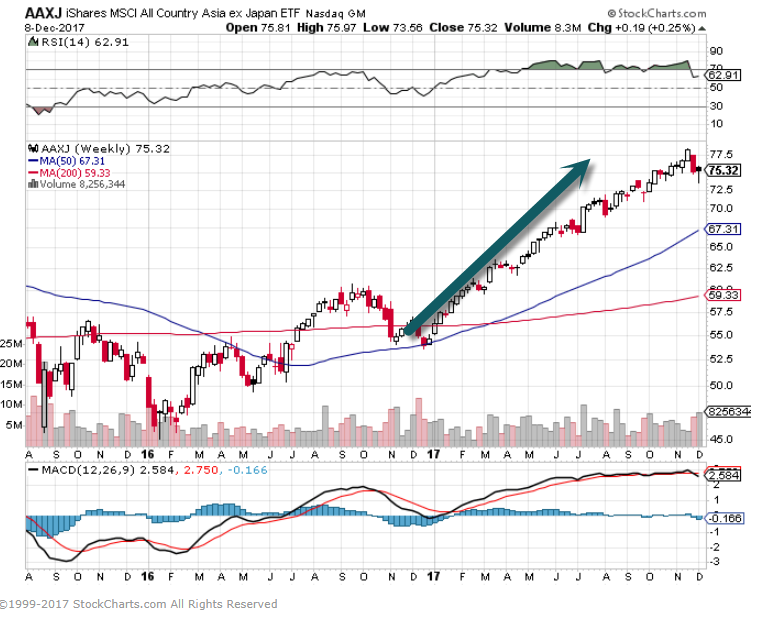 4.The Spread Between Value and Growth Widens.

The spread between value and growth has reached a point historically associated with a reversal; the Russell 1000 value index is up 9% this year, against a gain of 27% in the comparable growth index. Tax reform is a catalyst for a rotation into value stocks, as value companies generate almost 80% of their revenue in the U.S. and are subject to an effective tax rate of 30.3%, the strategist observes. 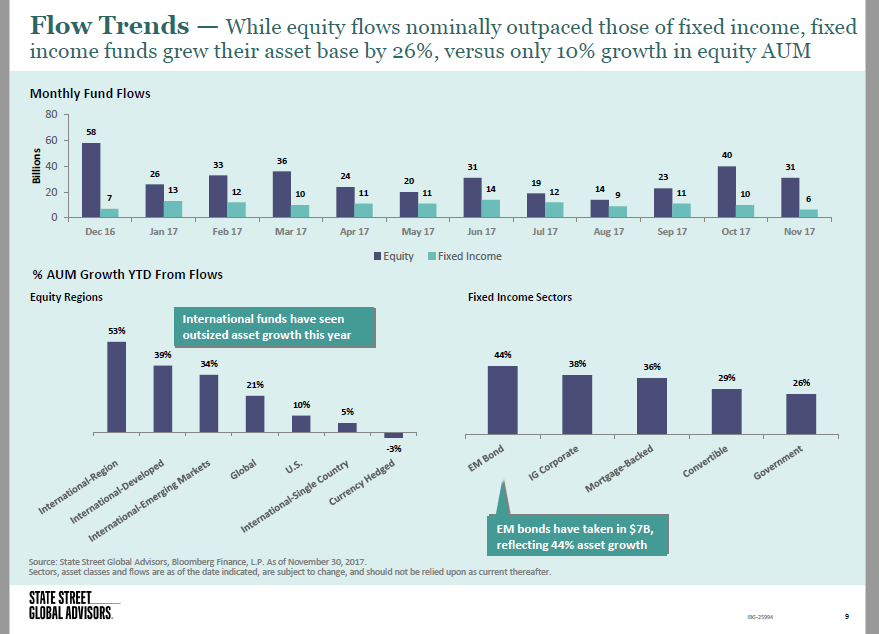 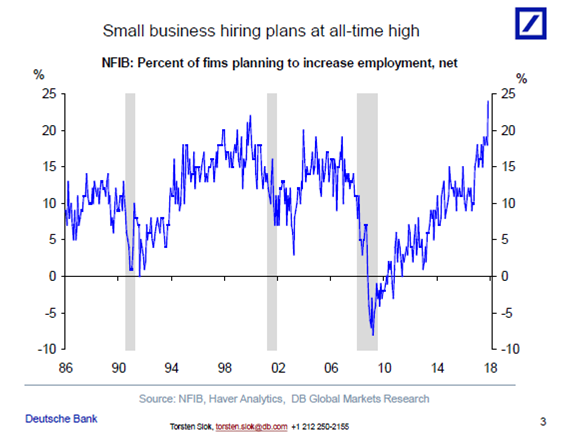 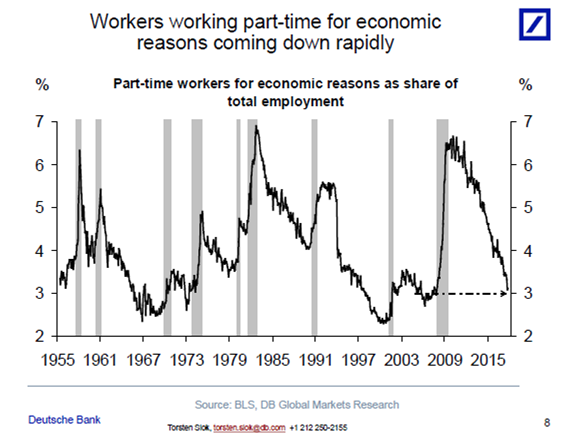 BI
He based his calculations on data from Bitcoinrichlist.com, which has trawled through Bitcoin’s master ledger — the Blockchain — to offer a rough guide to distribution as well as activity on Bitcoin exchanges.

We ran the calculations by Martti Malmi, one of Bitcoin’s earliest developers, and he agreed they were basically sound. “The order of magnitude seems right,” he said in an email to BI.

So, as of Dec. 3., using a price of $1,000 (which is basically where we are now), and assuming 12 million Bitcoins in circulation, here’s the breakdown: 47 individuals own 28.9% of the approximately 12 million Bitcoins in existence so far. Another 880 own 21.5%, meaning 927 people control half of the entire market cap of the digital currency. Another 10,000 individuals control about a quarter. And the rest of us (around a million of us) get the crumbs (500,000 are out of circulation, whether through government seizure or people losing their passwords). 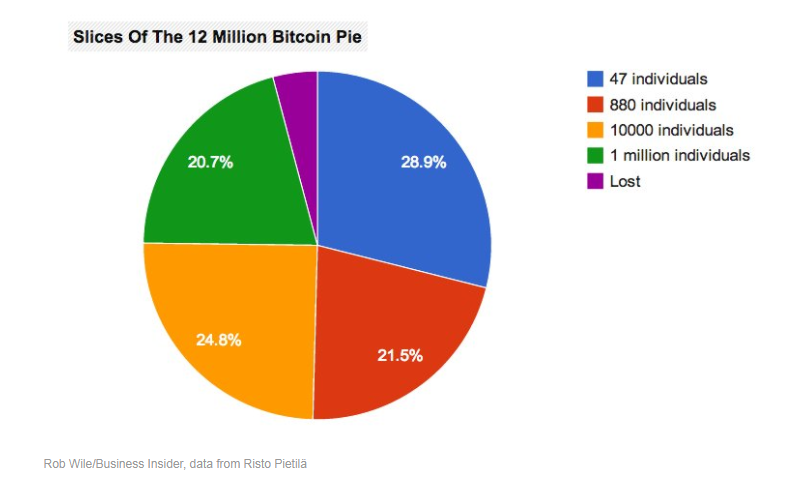 8.95% of Bitcoin Buyers are Retail Investors 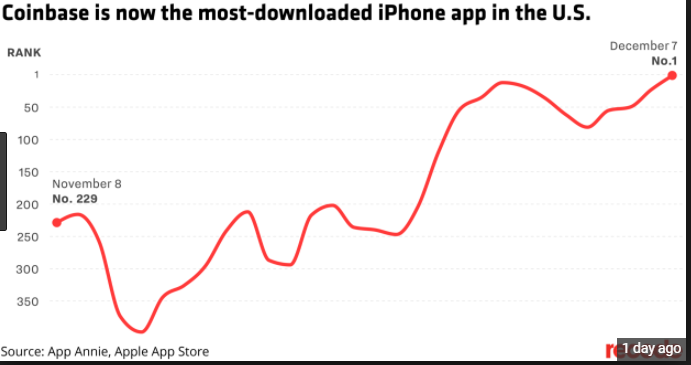 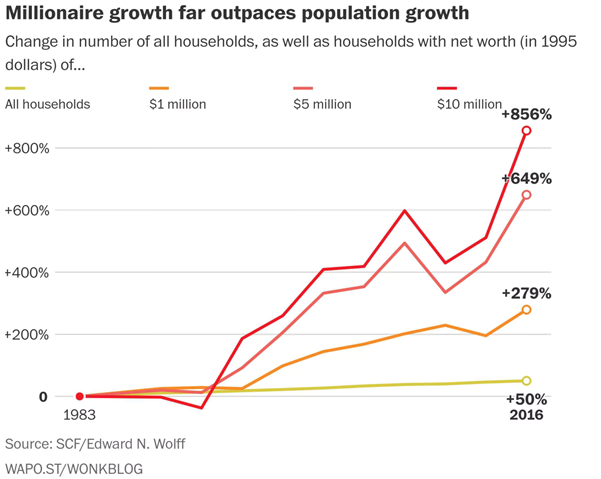 This is very intriguing:

The U.S. economy is minting new millionaires at an astonishing rate, according to a paper by New York University economist Edward N. Wolff.

The kind of questions that successful people never stop asking.

If you asked the world’s most successful business leaders they’ll all tell you success comes down to frame better questions and driving the right dialog–it’s not about finding “the answer.” It’s about taking the time to truly understand what question you are trying to answer.

The problem is that most people don’t ask the right questions. And you can’t help them find the right answer if you’re solving the wrong problem.  My fellow Inc. columnist, Nicolas Cole, said it well in his recent article; “ You have to start with figuring out what problem you’re solving, instead of searching for the answer.”

Questions trigger ideas. Some of the most creative and innovative companies of our day are better at asking exceptional questions that spark creativity and inspire people to take things a step further to develop amazing ideas. They make a business out of being insanely good at asking questions. At Idea Booth my creative agency, one of the things we try to instill in our employees is the knowledge that the right question is more important than finding the right answer. We teach them that the right answer to the wrong question is always going to be worse than the wrong answer to the right question, 100 percent of the time–there’s no right answer to the wrong question.

In our industry, the habit is to come prepared with half-baked answers without any understanding of the question. Designers will have an art answer. Developers will have a programming answer, and so on.

But that leaves you with creativity for creativity’s sake, and is a complete waste of time. To think you have the answer before the client even knows the question they’re asking is the height of arrogance and the best way to run your business into the ground.

An adapted example from a recent experience of mine went like this.

A client says “We want you to handle our marketing”. You get excited, you send them the contracts, and throw your team into execution. Your trusted creatives all start adding their two cents:

“How about we build a microsite?”

Your whole team is running around, doing all sorts to impress and make the new client happy

Then the client returns: “What results can you show us?”

You present reports of higher engagement on social media, on brand awareness, and on press mentions, making your campaign look successful.

To which the client responds, “But our goal was to sell more X.”

Now, did anyone on the marketing team screw up? The execution was as perfect as ever. The problem was that nobody started by asking the right question.

Everyone assumed the question was that to which they had the best answer: “How can we be more creative?” Instead, the right question to ask would have been, directed at the client, “What is your measure of success?”

Client: “We want to increase our market share by 2 percent.”

Now you have a clear vision to work toward.

If you don’t have this “chief aim” then how are you going to know if what you’re doing is going to have an impact?

If you don’t know what you’re working toward, then your designs and your creative you spent hours creating were merely ideas that are nice to talk about, but were never real solutions to the problem.

They’re not really aimed at anything in particular — because you have no measure of success. You’re missing the right answer because you are focused on the wrong question. However, if you first focus on asking the right questions, then you will have a very clear trajectory toward which you can aim.

You will have a strategy, not a long list of tactics that only serve to satisfy your desire for vanity.

You are only setting ourselves up for success by asking the right questions. You’re never too smart or too successful that you no longer need to ask. Some of the largest conflicts, and costly mistakes, in history are simply the result of a misunderstanding.

By asking questions, in the beginning, we save our own time, we know what we’re looking for, and everyone gets their happy ending.