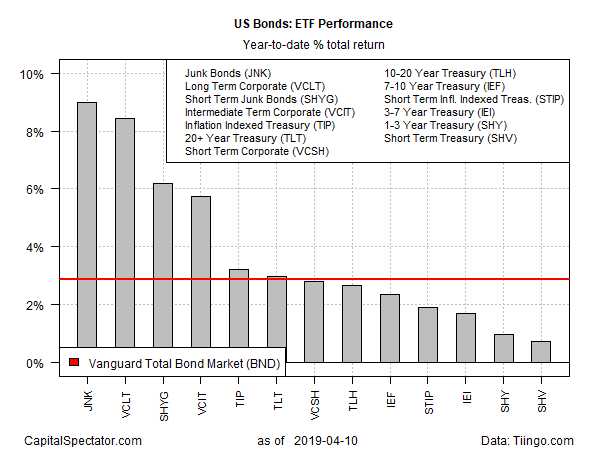 FactSet publishes a “blended growth” estimate for the year-over-year percentage change in earnings per share for the S&P 500, that represents a blend of results already reported and the average analyst estimates of coming results.

With 25 of 505 S&P 500 companies having reported results as of Wednesday afternoon, the blended growth estimate is a negative 4.6%, with 8 of 11 sectors expected to show a year-over-year EPS decline. That’s a big swing lower from expectations for growth of 3.0% estimated as of Dec. 31. 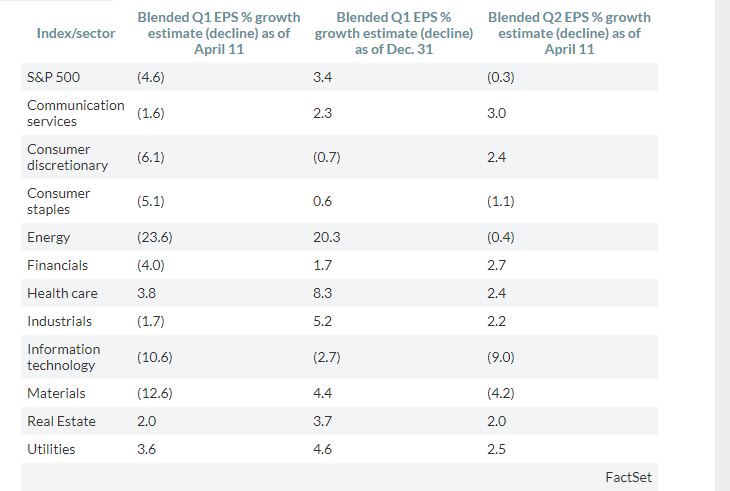 3.Duration of Global Investment Grade Bonds at a Record of 7

Currently, the duration of $52 trillion of investment-grade bonds tracked by Bloomberg globally stands at about 7, close to a record high. (Bonds with low yields and long maturity dates tend to have the highest duration.) That means if yields rose a full-percentage point, the bonds would lose 7 percent of their market value. For a half-percentage point jump, that works out to 3.5 percent, or a $1.8 trillion loss.

“This is an element of hidden leverage that is not appreciated,” says Jeffrey Snider, global head of research at Alhambra Investments. “We are eventually going to have a shock.” 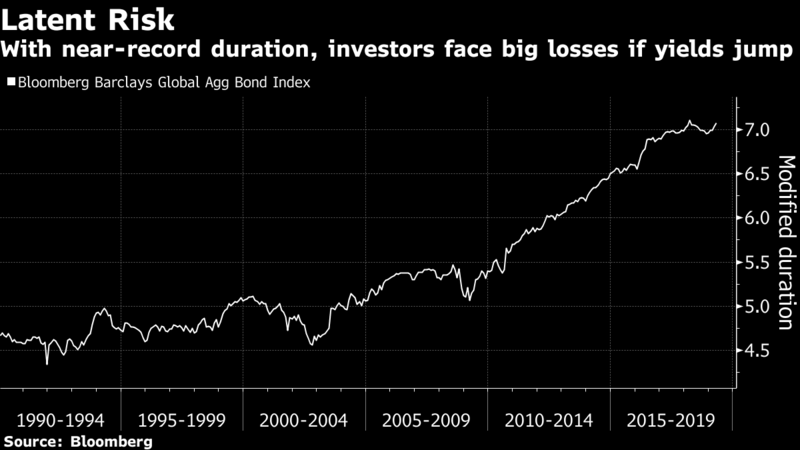 The current situation is a legacy of the easy-money polices enacted by central banks following the financial crisis. With interest rates at or near zero, governments and corporations went on a historic borrowing binge — and investors gorged on debt that yielded little in return. What’s more, rules to strengthen financial firms and curb their risk-taking meant the big banks now played a much smaller role as intermediaries, transferring more of the risk of getting in and out of trades onto investors.

Ultra-low bond yields and reduced liquidity could blindside investors and exacerbate losses once the market turns.

By Liz McCormick and Katherine Greifeld 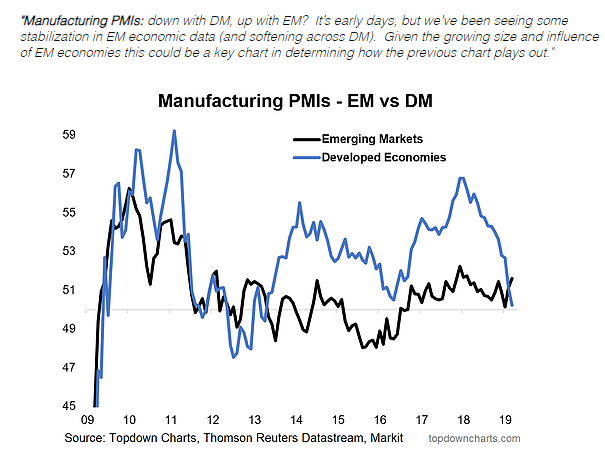 Uber pulls back the curtain — and raises red flags

Uber published the prospectus yesterday for its long-awaited I.P.O., revealing the full scale of its ride-hailing empire — and potential warning signs for what is expected to be the biggest market debut in years.

Growth is slowing. In 2018, revenue rose 42 percent from a year earlier. It had doubled the year before. And revenue from ride-hailing, its biggest business, was roughly flat for the last six months of 2018. Growth in monthly users also appears to be slowing.

That could be a concern for investors who had hoped Uber would maintain a meteoric growth rate. A potential $100 billion valuation may be lower than expectations, but Lex points out that it’s still a rich number.

More: How Uber stacks up against Lyft. What Uber’s metrics like “core platform contribution margin” actually mean. And Uber executives stand to make huge bonuses from a big I.P.O. — its drivers, not so much.

6.There haven’t been this many house flippers since before the housing bubble burst

The number of flips is approaching pre-crisis levels. Should we be worried?

Jessica GuerinHouse flipping is making a comeback, with the number of homes built on spec approaching its 2006 high.

The latest data from CoreLogic reveals that 10.9% of all home sales in the fourth quarter of 2018 were flips, or homes that have been occupied for two years or less. This is the highest rate since the housing bubble days of 2006, when flips comprised 11.4% of home sales. (See chart below; click to enlarge.) 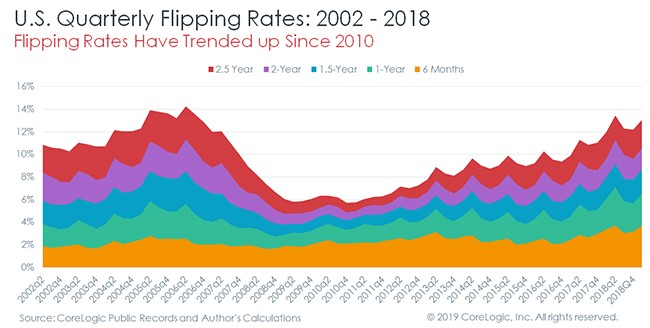 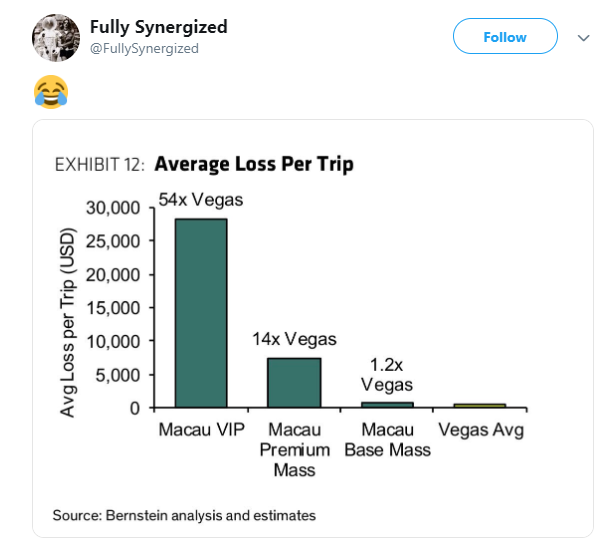 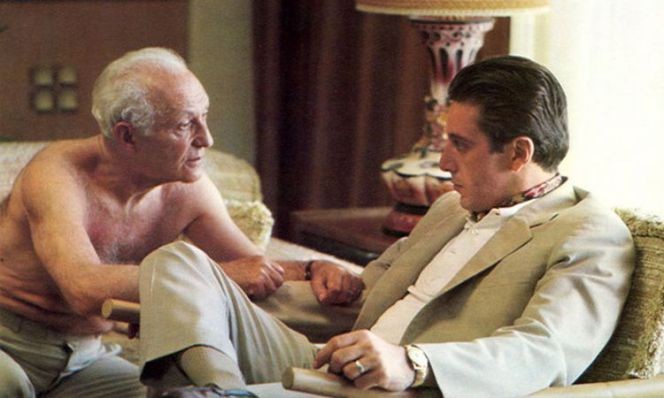 8.Is Comparison Really the Thief of Joy?

Hikers on the Appalachian trail have the motto “hike your own hike”—that is, resist the urge to compare how many miles you cover in a day to how far other hikers are traveling. Nevertheless, the urge to make comparisons is strong.  Our research has found that more than 10% of daily thoughts involved making a comparison of some kind. Despite their prevalence, sayings such as “hike your own hike” and Teddy Roosevelt’s famous assertion that “comparison is the thief of joy” suggest that making comparisons can be harmful and detract from our happiness.  New researchsuggests that the ways that we make comparisons may give us a biased account of our own skills and experiences.

Research by Sebastian Deri, Shai Davidai, and Thomas Gilovich explored the factors that may underlie FOMO (the “fear of missing out”) and the sense that others have better social lives than we ourselves do.  In their research, they found that people believe that they spend more time alone, go to fewer parties, and are part of fewer social circles than other people, including their close friends.  However, these researchers found that this happened in part because people compared themselves to highly visible, highly social people—the “social butterflies” of their circles.

New research from Deri and Davidai published this month finds that people make similarly biased comparisons in other domains as well.  That is, we compare ourselves to the fittest person we know when evaluating how fit we are, the best cook we know when evaluating our cooking skills, etc. Unsurprisingly, this means that we feel that we fall short of others when we evaluate our own fitness, cooking, and so on.

However, it’s clear that who we compare ourselves to matters—and is something we can control. In both sets of studies, the authors found that when people were specifically asked to compare themselves to someone with more moderate abilities, or to a relatively unsocial person, these effects went away.

Social cognitive psychologists have long known that when we want to feel better about ourselves, we make comparisons to people worse off than we are (or think of ways that things might have been worse than they are). When we want to improve, though, we compare ourselves to people who are better than we are. This is especially effective if we compare ourselves to people we feel like we can realistically become—superstar seniors are more motivating to first-year students than they are to fellow seniors, for instance.

In short, comparison can be the thief of joy, but research offers suggestions for a “security system”: