1. No Fund Outflows at All 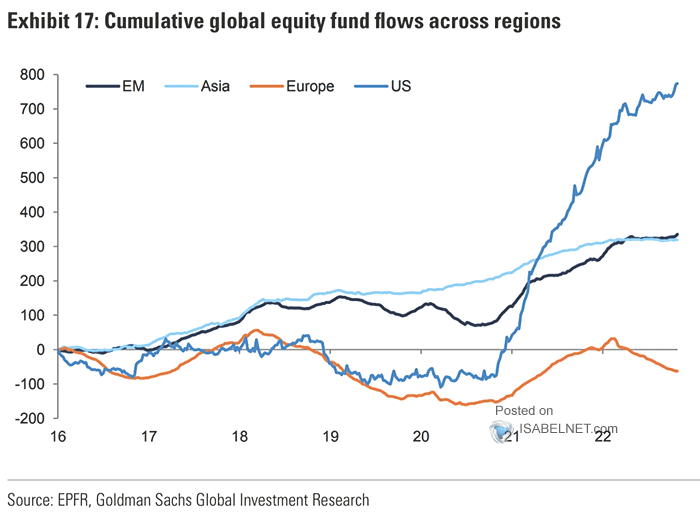 Still, traders “have their eyes open on a few different sectors and categories” that they feel are poised to do well, Metzger said, noting that they are bullish on value stocks and fixed income, as well as energy, healthcare, utilities and consumer-staples sectors. 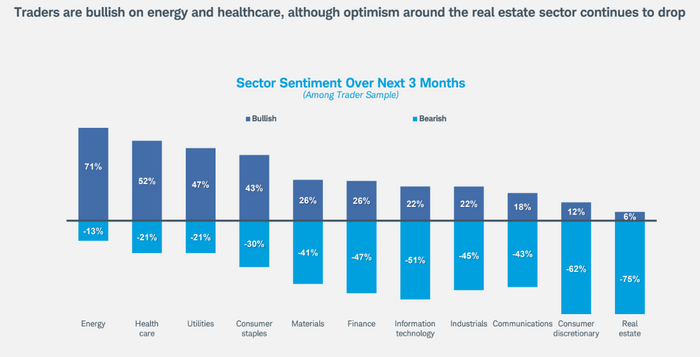 Liz Ann Sonders Schwab Better Breadth Unlike the summer rally, the rip higher in stocks late last week came in response to inflation data that was actually better than expected. It was also aided by the drop in bond yields and the continued retreat in the U.S. dollar. In addition, there are now 56% of S&P 500 stocks trading above their 200-day moving averages vs. 51% at the mid-August high—at which point the index was 330 points higher than it was as of Friday’s close. We continue to believe the average stock will do well relative to the largest cap stocks (i.e., equal weight will continue to outperform cap weight).

The rally was also aided by quite dour investor sentiment conditions leading into last week. We have been pointing out the better (contrarian) environment for stocks—at least as it related to attitudinal measures of sentiment. Last week’s “crypto carnage” (more on that below) was a likely trigger for behavioral sentiment measures finally falling into line with attitudinal measures.

SentimenTrader’s Panic/Euphoria Model, which is a blend of attitudinal and behavioral sentiment indicators, recently inflected higher from a historically low reading, as shown below. As the accompanying table highlights, although equity market performance was mixed historically in the near-term after similar inflections; it was universally strong a year later. 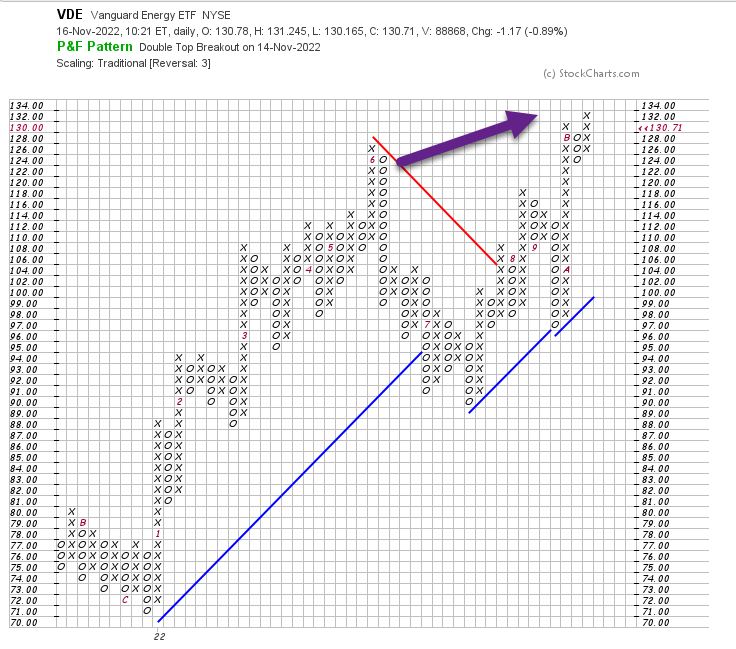 6. Cintas Corporation Would Seem to be Very Tied to Economic Cycle…..It is not Acting Like Recession 2023.

Cintas about to make new highs……One of the best S&P stocks for last 25 years. 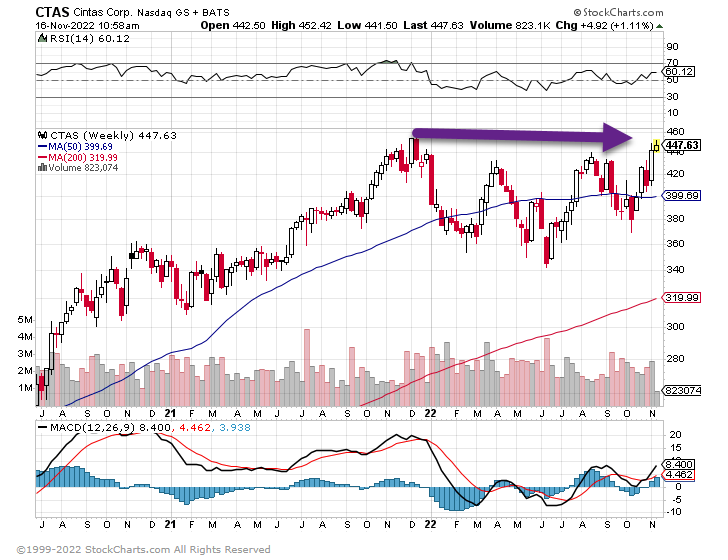 7. Taiwan Semi Big Move Higher but Still not Even Back to Early Sept Highs 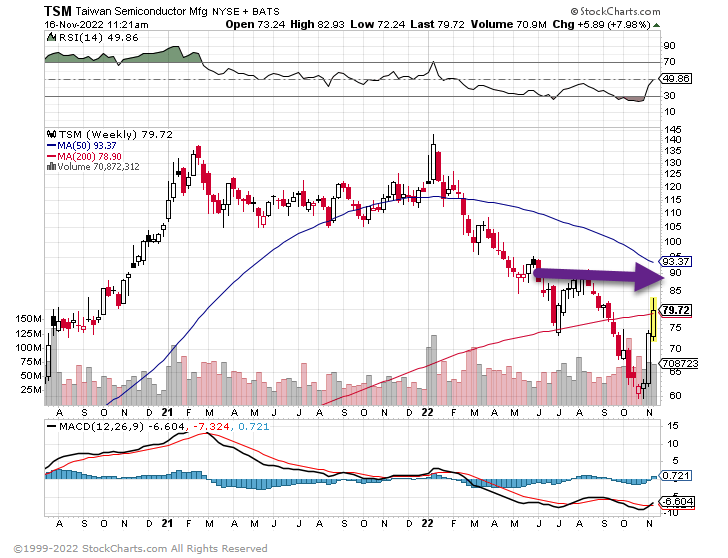 BY TYLER DURDEN About a year ago, there was a massive queue outside two of America’s biggest ports, located on the West Coast. Now, the ports are coming to a crawl during the peaking shipping season, ahead of the busiest shopping period of the year.

There’s no longer a massive amount of container ships outside the ports of Los Angeles and Long Beach, California, which handle 40% of all cargo containers entering the country.

According to Gene Seroka, head of the Port of Los Angeles, the backlog has all but dissipated. In an online briefing, he said the Port of LA had the quietest October since 2009.

Together, LA and Long Beach are the main seaport gateway into the US economy from China. The quietest October since the GFC is sign retailers and manufacturers have slowed or stopped ordering from overseas due to either high inventories or collapsing demand. 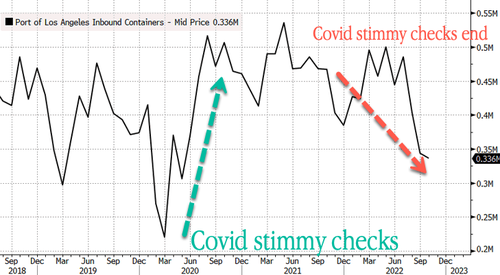 Seroka’s comment Tuesday is another piece to the puzzle of an emerging global slowdown:

We predict in May that an inventory glut, i.e., the reverse bullwhip effect, would cool the booming freight market. It’s peak shipping season — retailers have already canceled overseas orders as freight companies reduce shipping capacity ahead of Black Friday and Christmas.

Companies across the board are bloated with inventories. This can be shown in the inventory-to-sales ratio, reaching multi-decade highs — forcing importers to reduce shipments from overseas suppliers.

10. The Collapse of British Empire

Scott Galloway–As they gained territory and resources, each empire continued to expand. Brits in 1910 had witnessed six decades of growth. With each land grab came greater stores of resources, more coffee and molasses to import to their island. This created new markets and business opportunities to fund more land grabs. And the wheel turned.

However, from the British Empire to the Qing Dynasty to the Ottomans, they all have one thing in common: They all fall. 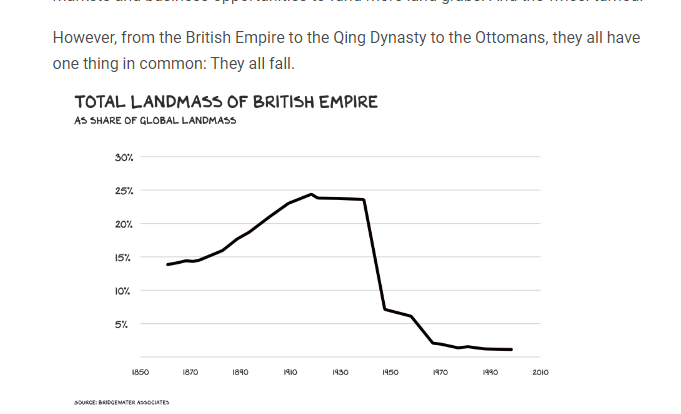