Nasdaq Dorsey Wright-A major portion of the trading days so far this year have seen SPX move at least 1% higher from its daily low into the close, with the count at 39 days through market action Monday. This equates to 39.80% of the days. which is significantly more than the average dating back to April 1987 at about 20.64% of the days. This also puts us on the highest pace of trading days with such a move since 2009. The only other year to see such a high pace of 1% intraday rallies came in 2008. We saw a significant count of intraday rallies from 1997 through 2002, although none of those years reached the current pace. The year with the lowest percentage of large rally days was 2017, which saw only one such day throughout the entire year. 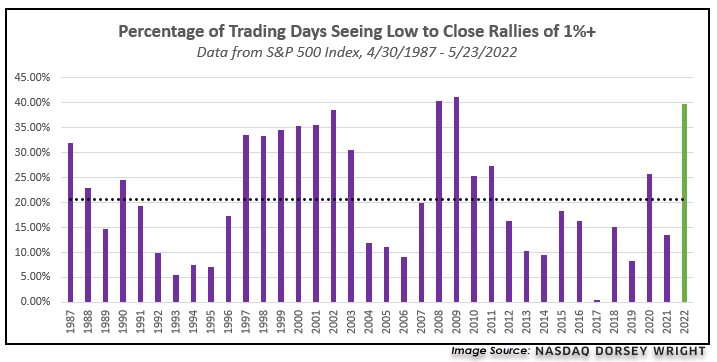 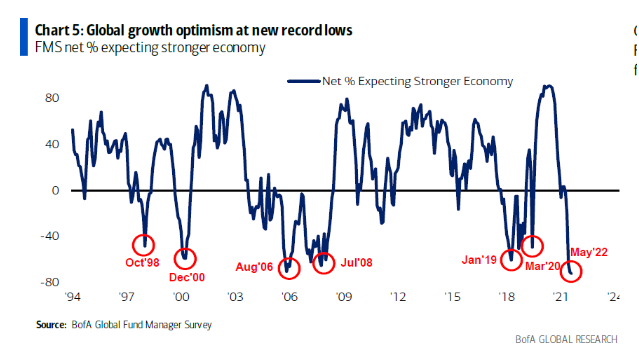 Don’t Panic! What History Tells Us After 7 S&P 500 Losing Weeks-The S&P 500 has fallen for seven weeks. Here’s why you don’t want to panic now. BRET KENWELL

Seven straight weekly declines is a pretty rare occurrence. This is just the fourth time we’ve seen such a streak since 1928. The prior three scenarios occurred in 1970, 1980 and 2001. Interestingly, all four declines concluded either in March or May.

To little surprise, there is good news and bad news associated with the declines.

The good news: Each downtrend of this magnitude (seven straight weeks or more) has marked the low for at least six months. Further, the longest stretch did not exceed eight straight weeks.

The “tldr” is we may endure more short-term pain, but we also could be near an intermediate or potentially even a long-term bottom.

For instance, following the low after each stretch of seven or more consecutive weekly declines, the S&P 500 was higher four weeks later, one quarter later, six months later and one year later. That’s promising.

4. Big Correction in Consumer Discretionary but Still Trading at Premium vs. Historical 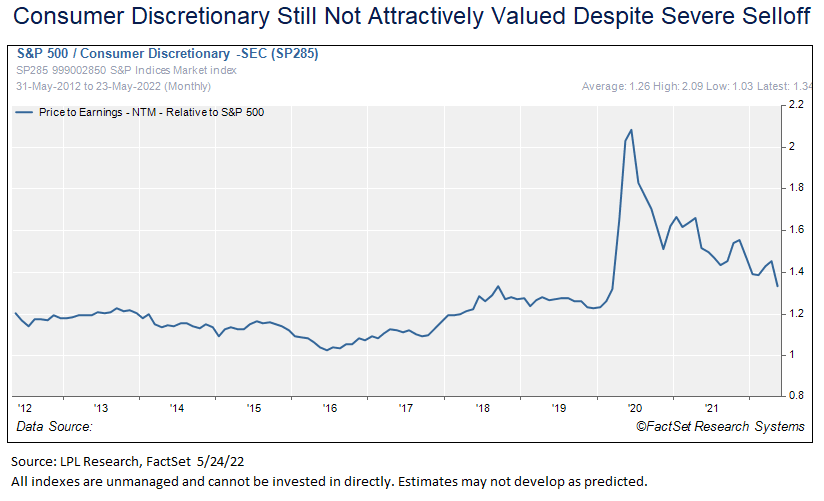 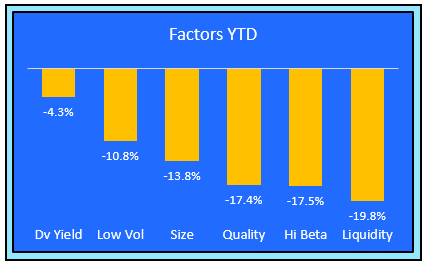 United States: Supply bottlenecks are disappearing, which means suppliers will have a tough time raising or even maintaining prices. 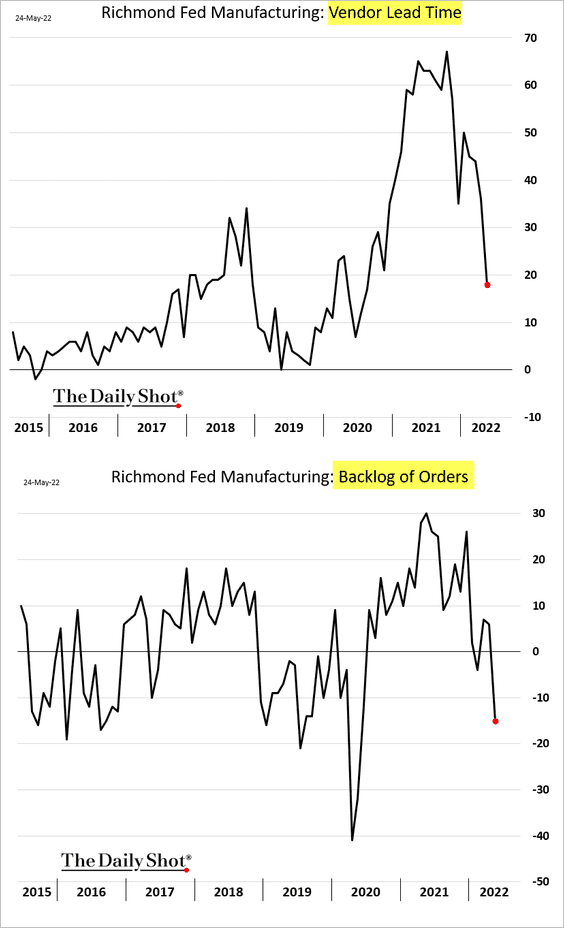 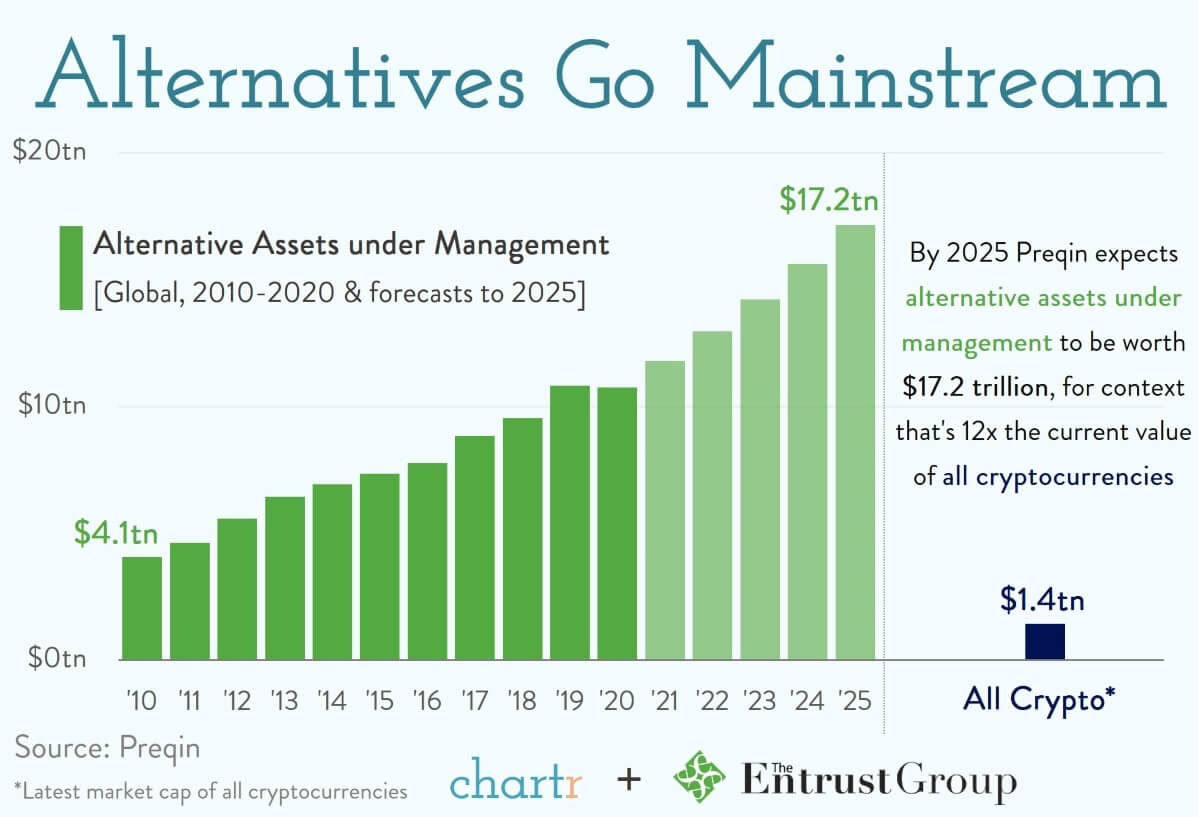 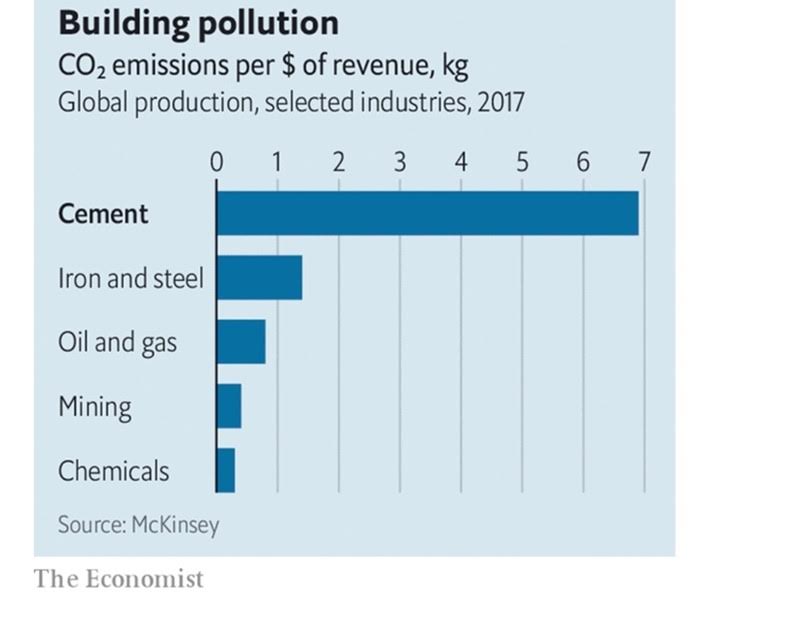 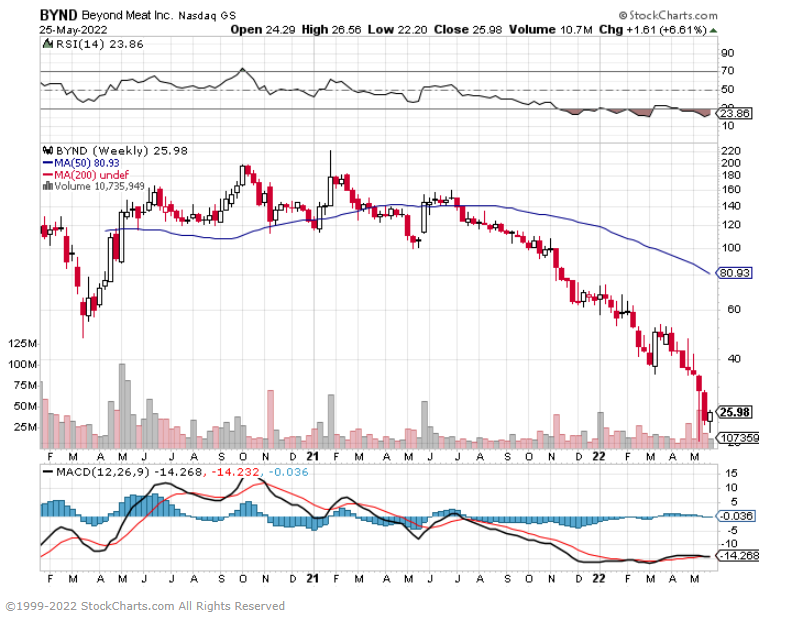 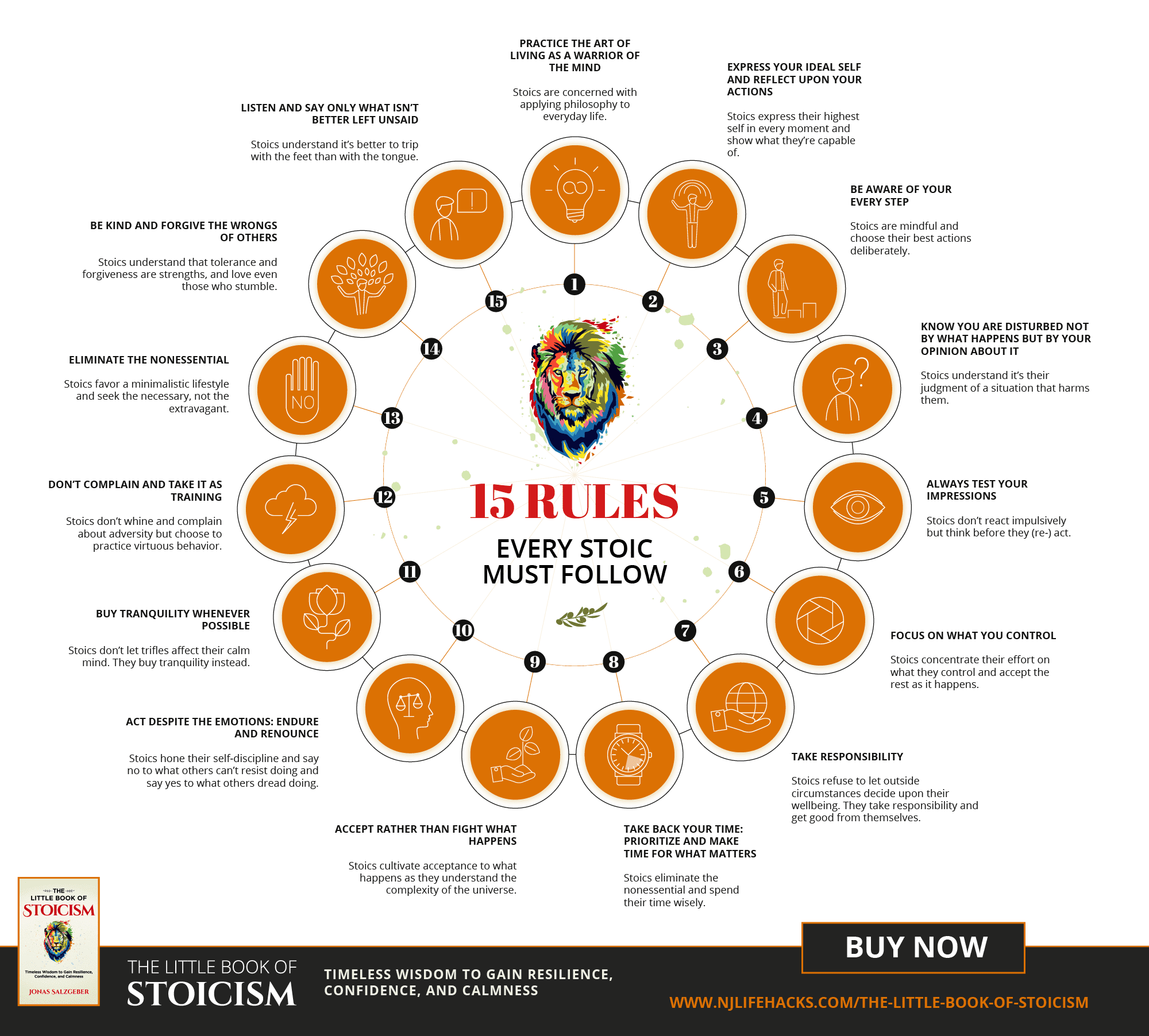