Figure 5: US households could now theoretically repay all indebtedness with cash 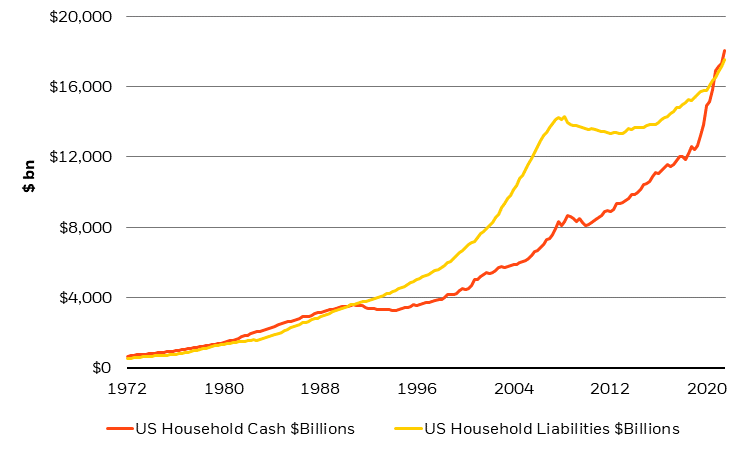 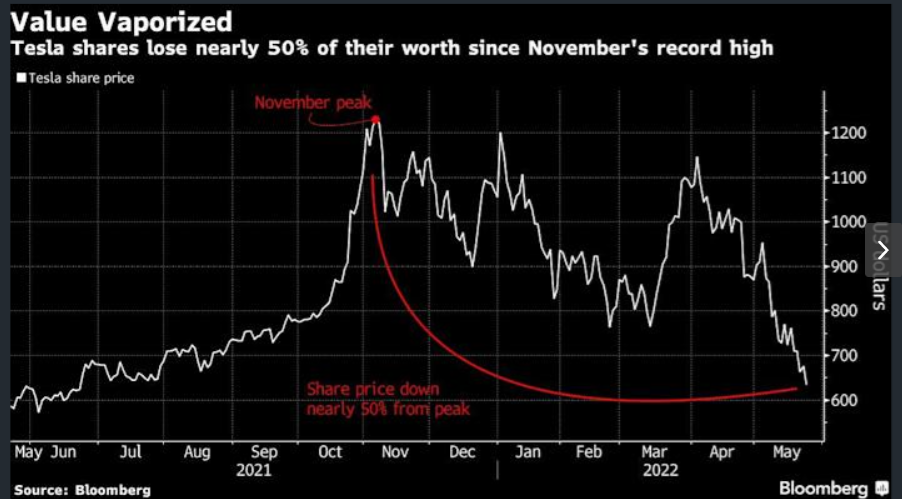 Irrelevant Investor-And to top it off, the stock market keeps going down. If the S&P 500 falls this week, it would be just the third time since 1950 that it fell for eight consecutive weeks. 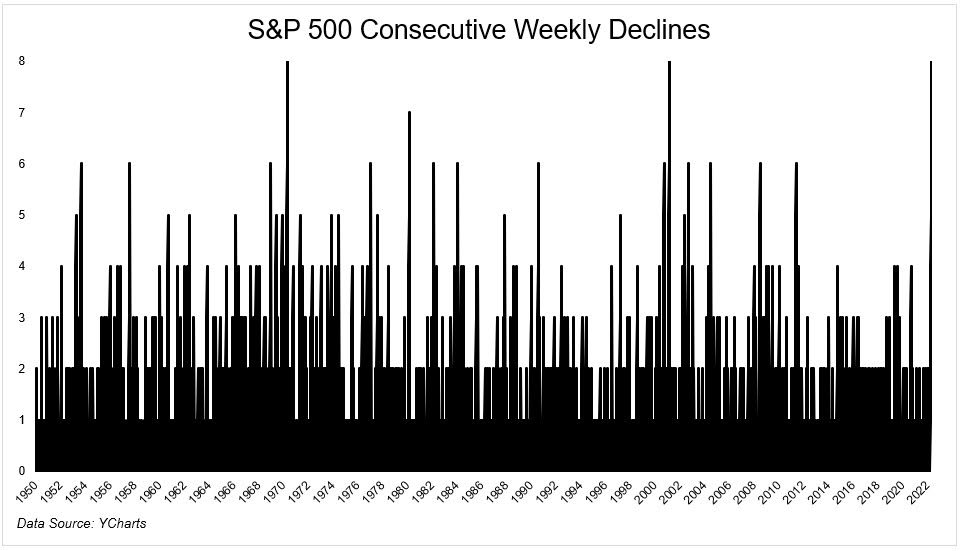 4. Office REITS No Bounce Out of Covid 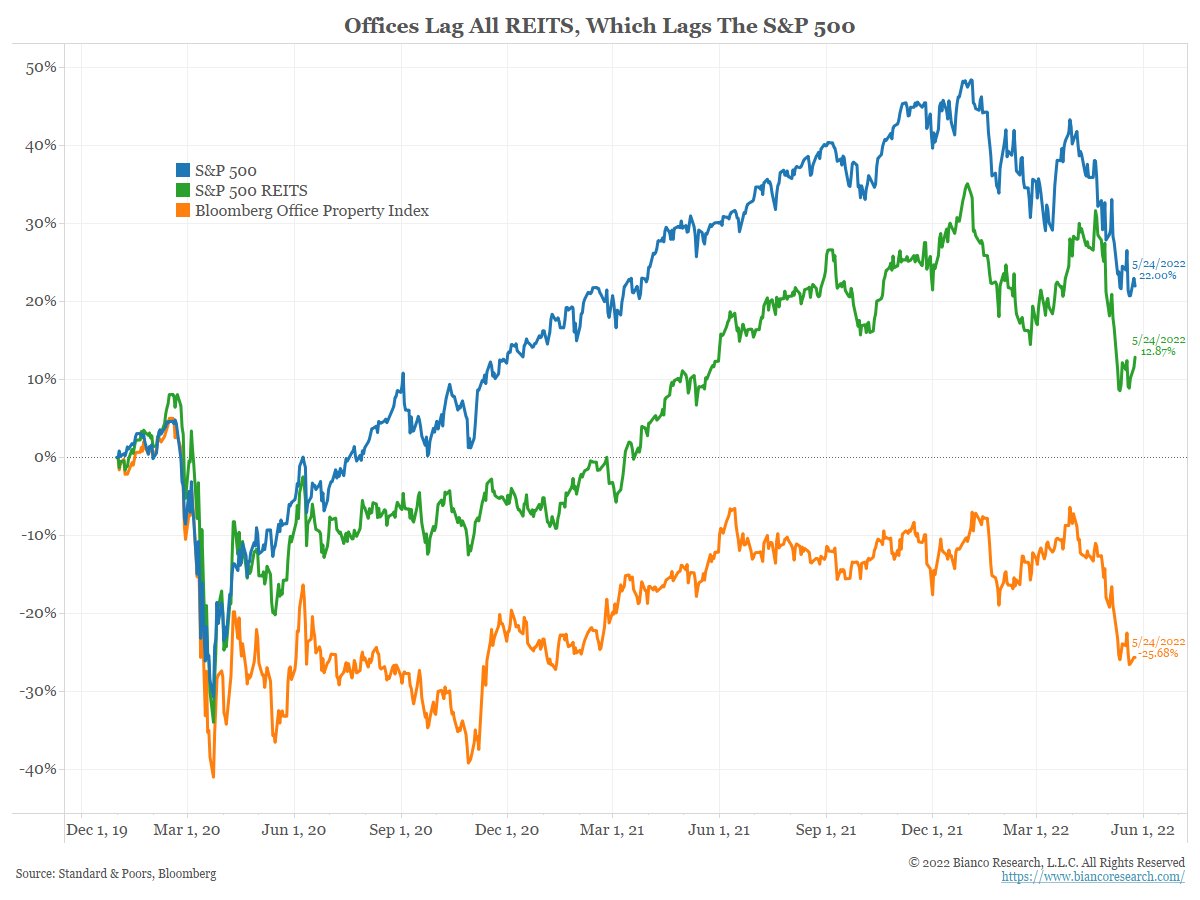 Despite yesterday’s gain, Financials -13% YTD; sector’s undemanding valuation – current P/E of 12 is almost 20% below past 5 years’ average – may reflect concerns about impact of economic slowdown and potential recession may have on banks’ earnings ⁦⁦ 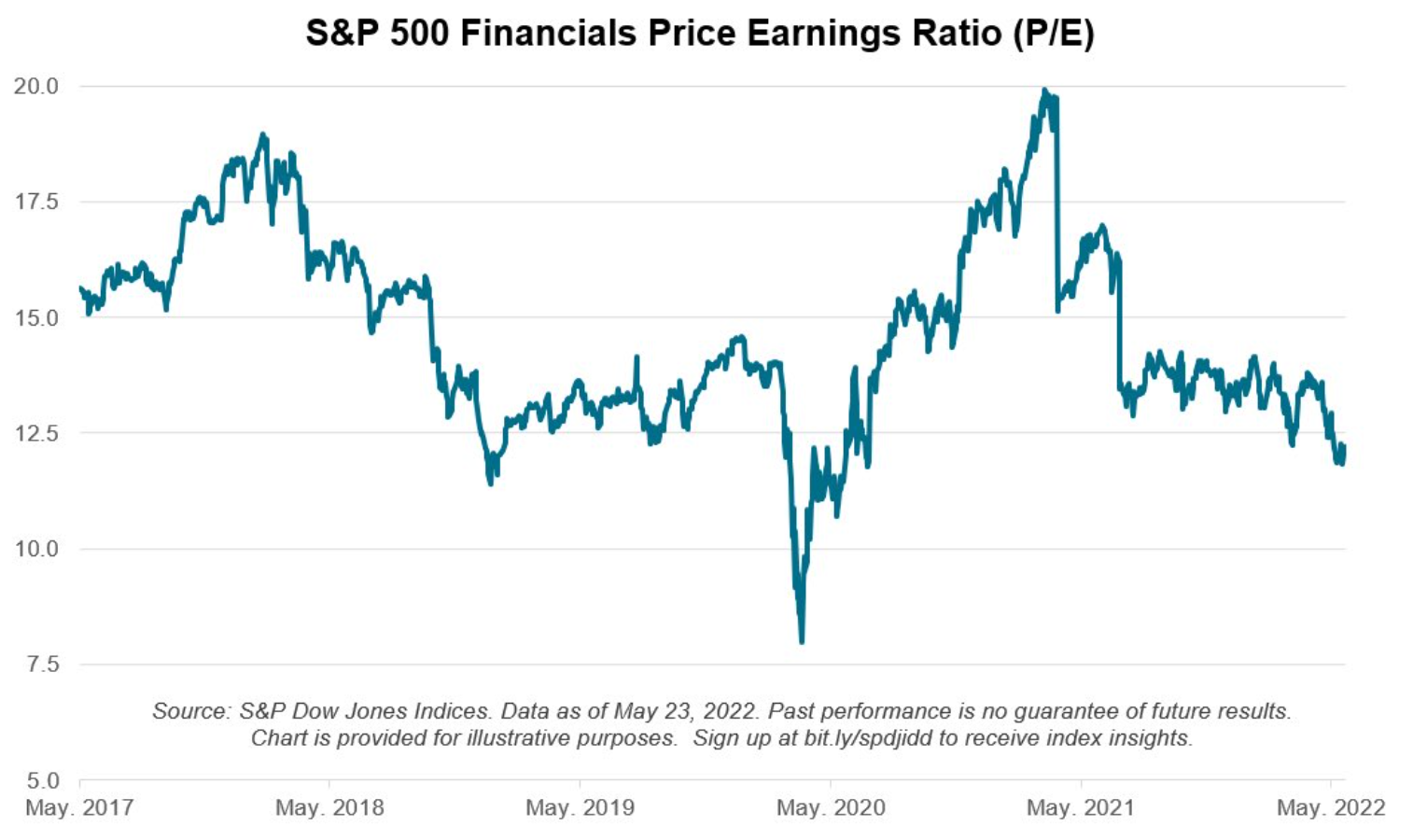 6. Thrifting is the new normal

Buying secondhand is no longer an afterthought.

Driving the news: 93% of shoppers in the U.S. have or are open to buying secondhand products, according to a new report from resale platform ThredUP out this morning.

Why it matters: We’ve grown increasingly aware of our consumption habits — particularly the youngest consumers among us — and are living in a period of high inflation which has us questioning our purchase decisions.

Details: Nearly 2 in 3 people believe their individual buying habits have a significant impact on the planet, according to a survey of 3,500 U.S. adults.

Yes, but: Saving money is the top reason people buy secondhand over new — across all age groups — the study found.

The big picture: E-commerce technology has matured so much over the past few years that it’s helped to increase the availability of used clothing around the world, whether that’s through dedicated platforms like ThredUP, Poshmark, The RealReal or a closet-sharing service like Tulerie.

What to watch: Big legacy brands are building more ways to resell their own products. 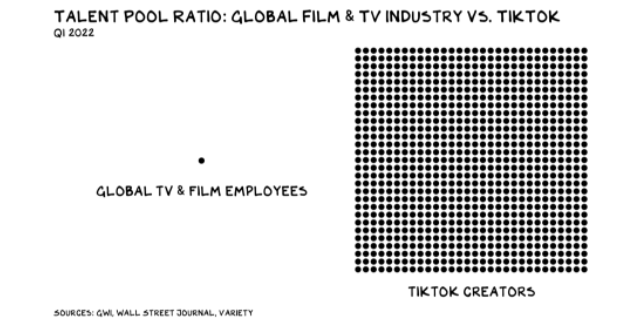 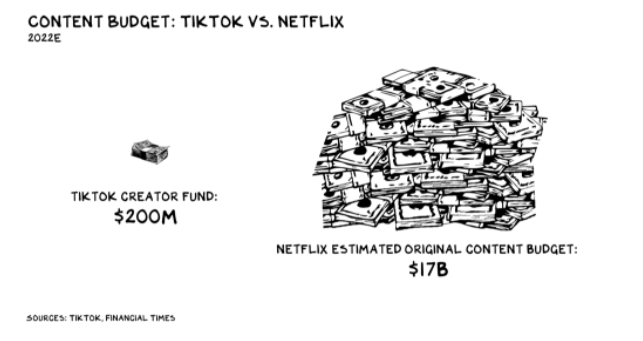 May 23 (Reuters) – U.S. consumers are using their existing vehicles for longer as the inventory of new cars and light trucks remains constrained due to supply chain challenges, marking an all-time high for the average age, according to a report from S&P Global Mobility.

The average age of light vehicles in operation (VIO) in the United States rose to 12.2 years this year, increasing by nearly two months from the prior year, the report said.

The pandemic led consumers to shift from using from public transport and shared transport to personal cars, and since customers could not upgrade their vehicles, demand for used cars have accelerated and boosted the average vehicle age further, the report said.

Stress on global supply chains worsened in April as COVID-19 lockdown measures in China and the war in Ukraine lengthened delivery times, and air freight costs between the United States and Asia rose, the New York Federal Reserve reported in its latest update to a worldwide index of supply problems. read more

The average age of light vehicles in operation in the U.S. is expected to rise through 2022 and 2023, as the pipeline for new vehicle production and sales continues to be weighed down by parts shortages, the report said.

Supply chain constraints have led to a decrease in vehicle scrappage, which measures the number of vehicles leaving the vehicle population, and has been a catalyst for the rise in average age over time.

The report also said demand for battery electric vehicles (BEVs) in the U.S. has been expanding rapidly over the past few years. 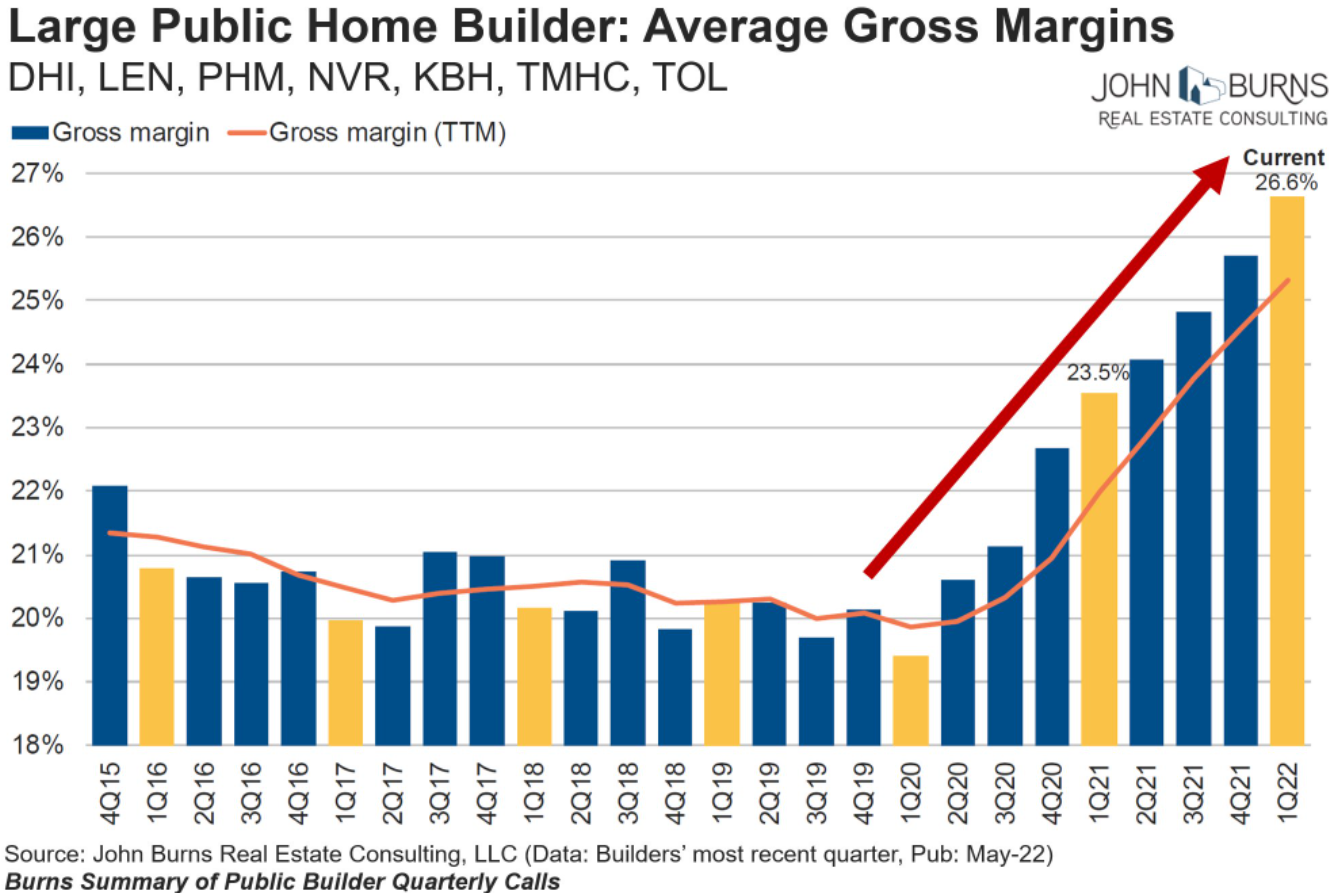 10. This Is the Exact Amount of Coffee You Should Drink, According to a Harvard Brain Expert

But don’t make it espresso or French press.

BY MINDA ZETLIN, AUTHOR OF CAREER SELF-CARE: FIND YOUR HAPPINESS, SUCCESS, AND FULFILLMENT AT WORK@MINDAZETLIN

Scientists agree: Drinking coffee is good for you. That’s good news if, like most Americans, you enjoy coffee and perhaps rely on it to help you wake up in the morning or stay alert during the day.

In the last couple of years, more detailed research on coffee has sought to zero in on just how much coffee you should drink every day for maximum health and brain benefits. They’ve found the answer: You should drink three cups. That advice comes from Dr. Uma Naidoo, who’s been described as a “triple threat”: a Harvard-trained psychiatrist, trained nutrition specialist, and trained chef. She’s also the author of the bestseller This Is Your Brain on Food. In an article at CNBC.com, Naidoo explains how she uses coffee as part of her daily routine to boost her own brain function. (Naidoo’s routine includes putting shots of espresso into golden milk, which sounds like a fantastic idea to me.)

Why three cups? Naidoo points to a study in which researchers tracked both the coffee consumption and cognitive health of 676 elderly men over 10 years. They found that the coffee drinkers had less than half the cognitive decline as the non-coffee drinkers did. And those who drank three cups a day had the least decline of all. A larger Harvard study, with 208,501 participants (both men and women), examined the likelihood of death over more than 20 years. It found that participants who drank coffee were less likely to die early than those who didn’t, with the greatest longevity benefit going to those who drank between 3.1 and five cups a day.

If you want the maximum benefits from your coffee habit, make sure to follow these three rules.

Many sophisticated coffee drinkers favor espresso, French press, and Turkish coffee–and some love the Scandinavian tradition of boiling coffee with an egg in it (sometimes including the shell), which pulls together the grounds. Unfortunately, all these versions of coffee can be bad for you. When coffee is made without a paper filter, “oily chemicals called diterpenes come through that can raise artery-damaging LDL cholesterol,” according to the New York Times‘s Jane Brody. Brody, who uses coffee pods, actually dissected one to make sure it contained a paper filter (it did).

2. Be careful what you add.

Coffee may be good for you, but sugar is very bad for you. So if drinking coffee means getting a highly sweetened latte concoction from your favorite barista, you won’t be doing your health any favors–especially when you consider that espresso-based drinks like lattes are unfiltered.

A better strategy is to make your own drip coffee at home, using fresh-ground beans for both better flavor and better control over what exactly goes into your coffee. For added fun, put the $4 to $6 you would have spent at the coffee shop aside for every homemade cup you drink, then use that money for a special treat.

3. Pay attention to your own reactions to coffee.

This is Naidoo’s advice and it’s an important tip to follow because everybody is different, and each of us may react differently to coffee’s effects. If it makes you feel jittery, cut back your consumption or cut it out altogether. The same holds true if you have trouble sleeping. Caffeine can affect your ability to fall asleep, and also whether you reach the deep sleep stage that your body and brain both need to stay healthy.

At the same time, pay attention to whether coffee lightens your mood, which it might. One of the most intriguing findings from the Harvard study is that coffee drinkers were half as likely to commit suicide as non-coffee drinkers. According to the research, the explanation may be that coffee boosts brain chemicals that have an antidepressant effect.

There’s a growing audience of Inc.com readers who receive a daily text from me with a self-care or motivational micro-challenge or idea. Often, they text me back and we wind up in a conversation. (Interested in joining? You can learn more here.) Many are entrepreneurs and business leaders, and they tell me that a bright mood and positive attitude makes all the difference when you’re running a business or leading a team.

So the most important question is: How does coffee make you feel? If it makes you feel nervous or interferes with your rest, then stay away from it or switch to decaf. If it makes you feel good, then drink up. Make sure to use a paper filter, and aim for three cups a day.