The S&P 500 Index SPX has had a rocky start to 2022, with weakness accentuated by a 3.56% decline Thursday that leaves the core market representative at about a 13% year-to-date drawdown. This weakness has come with a substantial increase in the daily volatility, as we examine through our SPX Volatility Study. This study looks at the number of days where the S&P 500 sees an intraday move exceeding 1% in value. There have been 45 days so far this year where such a move has occurred, with 32 such days coming in the first quarter and another 13 occurring in April and May. The number of 1% down days has exceeded the count of 1% up days at 26 to 19. The last time we saw the full calendar year count of extreme daily losses be higher than extreme daily gains was in 2008. While we are only a little over four months into the year, the core index has seen an extreme daily move in 52% of the trading days (through 5/5), which is the second-highest annual percentage of extreme days since 1987. The only year to show more extreme days was 2008 at 53%, with a high percentage of 50% seen in 2002. There is still plenty of time for this reading to come down, but the current pace shows the historic levels of daily volatility the core market has experienced over the past few months.

Jim Reid Deutsche Bank- A big theme of ours over the last year is that this is likely to be a very different cycle, (and probably decade) to the last one as many supercycle structural forces reverse. If correct, then many themes will be different going forward to what we’ve been accustomed to. One such theme is the relentless march of US equities. The last decade was noticeable for record long periods without a correction, a don’t fight the Fed mentality and a buy the dip narrative.

Today’s CoTD shows that the S&P 500 has now fallen for five successive weeks for the first time since June 2011. Indeed as the graph shows, this now ends the longest run without such an event since weekly data begins in 1928. In the 83 years between 1928 and 2011 we had 61 runs of five or more weekly declines in a row, so one every year and a third on average even if a number were concentrated together.

So the last decade has very much been the exception rather than the norm. 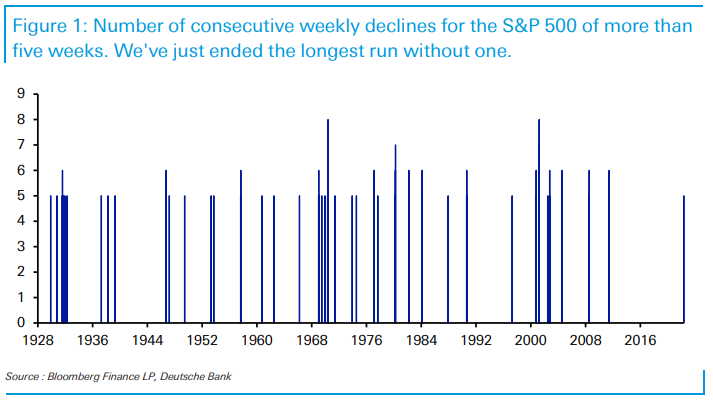 3. That was Fast…..Software Stock Valuations Correct to Historical Average.

Software multiples are down 12% this wk. and trade at 7.2x NTM rev. vs. the historical avg. at 8x. Despite the recent downdraft, we believe there is still downside to multiples as fundamentals could weaken into a recessionary environment and past downdrafts have pushed avg. multiples to ~5x. We highlight 5 key risks: 1) Higher Multiple Names; 2) Exposure to Interest Rates; 3) Exposure to Europe; 4) Products with High ASP; and 5) Deferred Software. 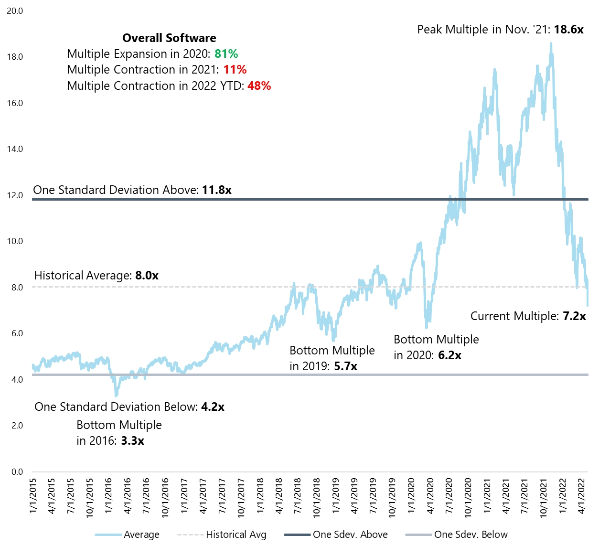 Dave Lutz Jones Trading–“Real Rates” keep ripping higher and squashing Tech.  Any tech bid without a reversal in USGGT10Y is likely to be met with sellers. 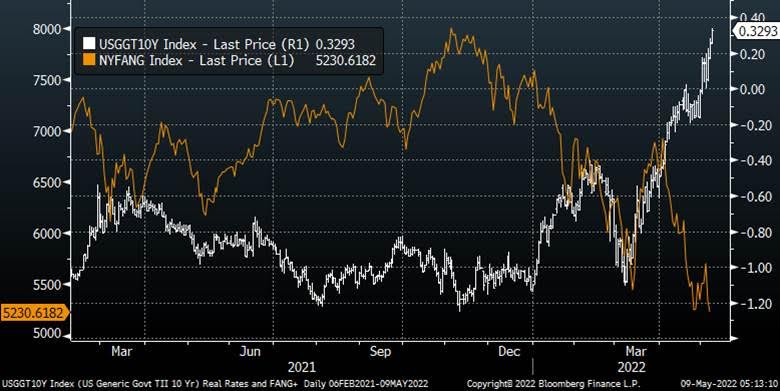 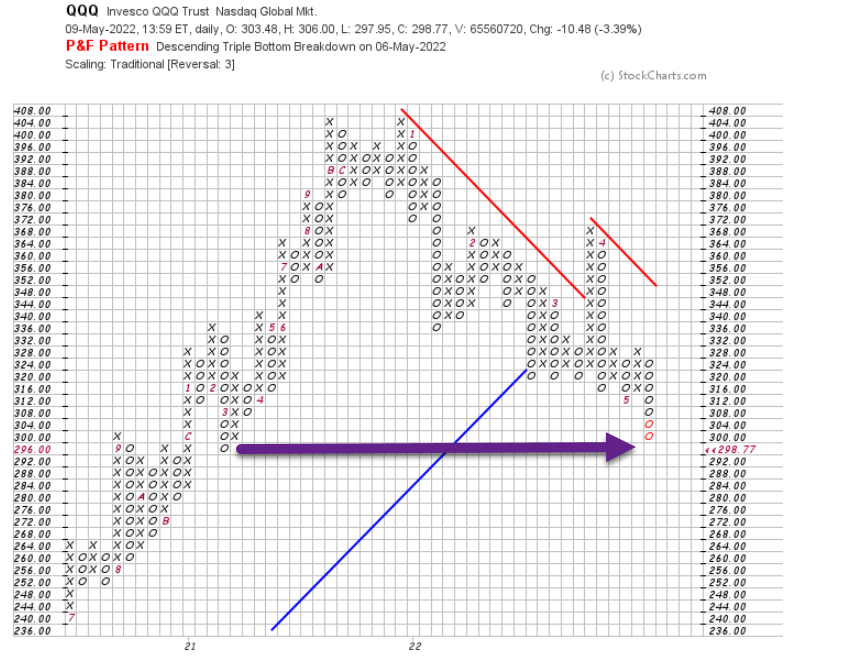 6. VIX-Volatility Index has not Broken Out to Upside Yet. 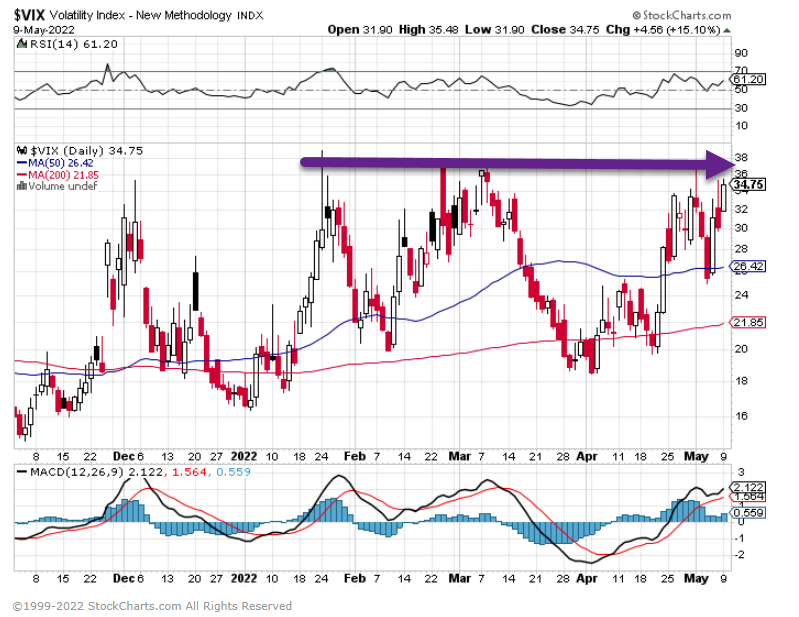 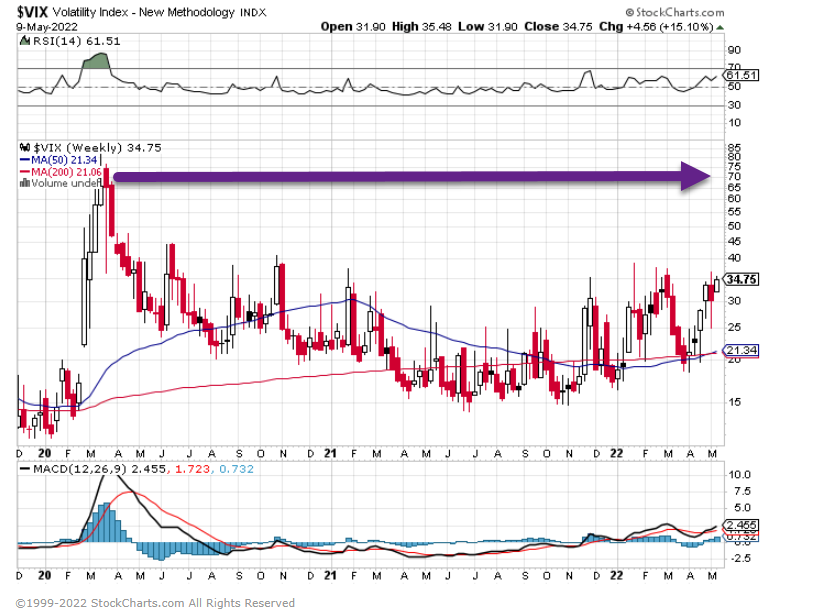 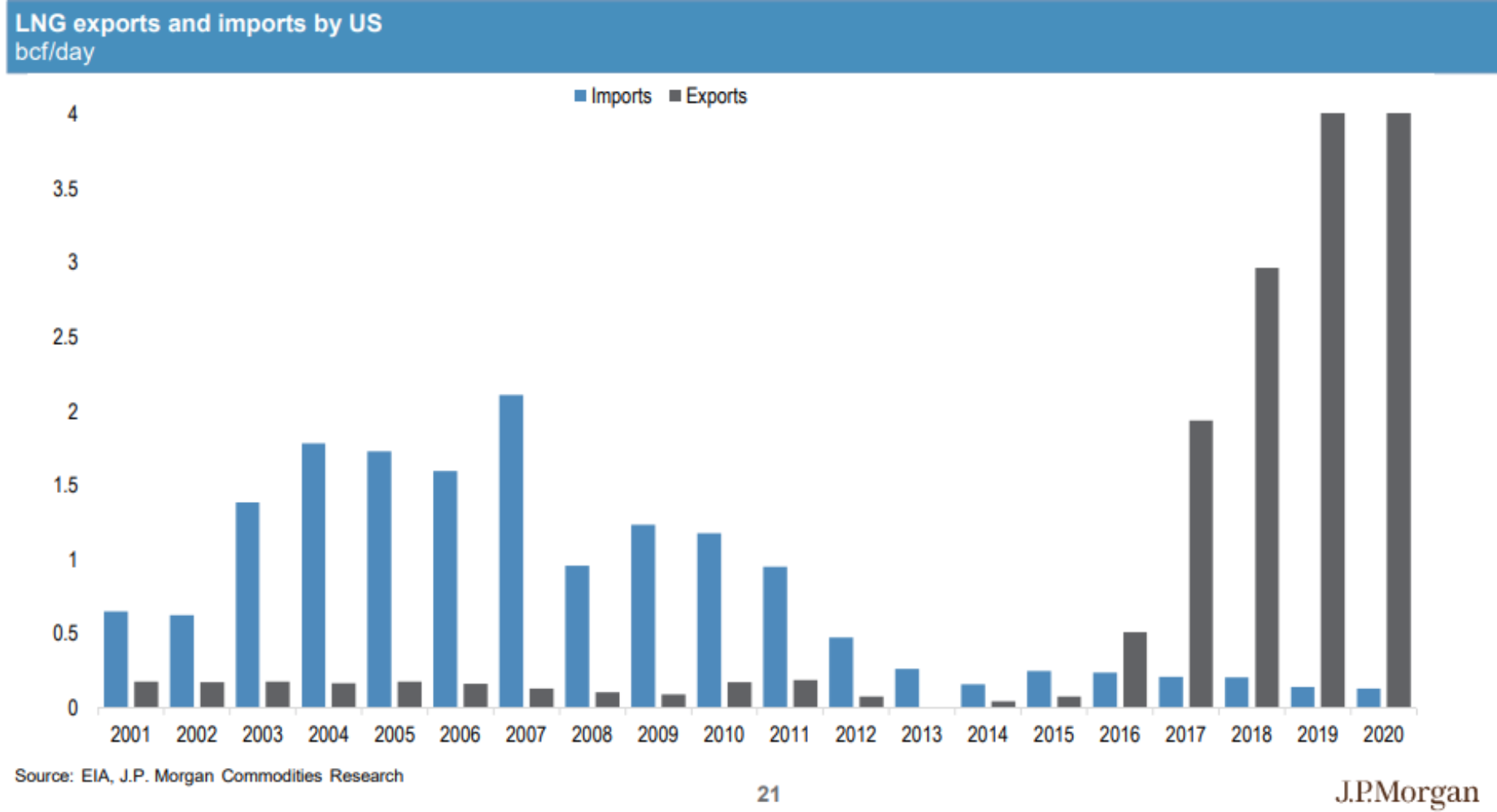 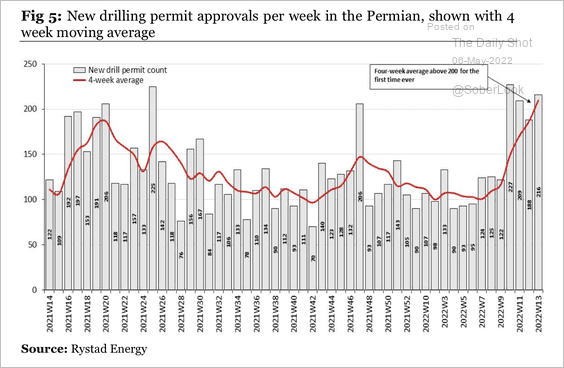 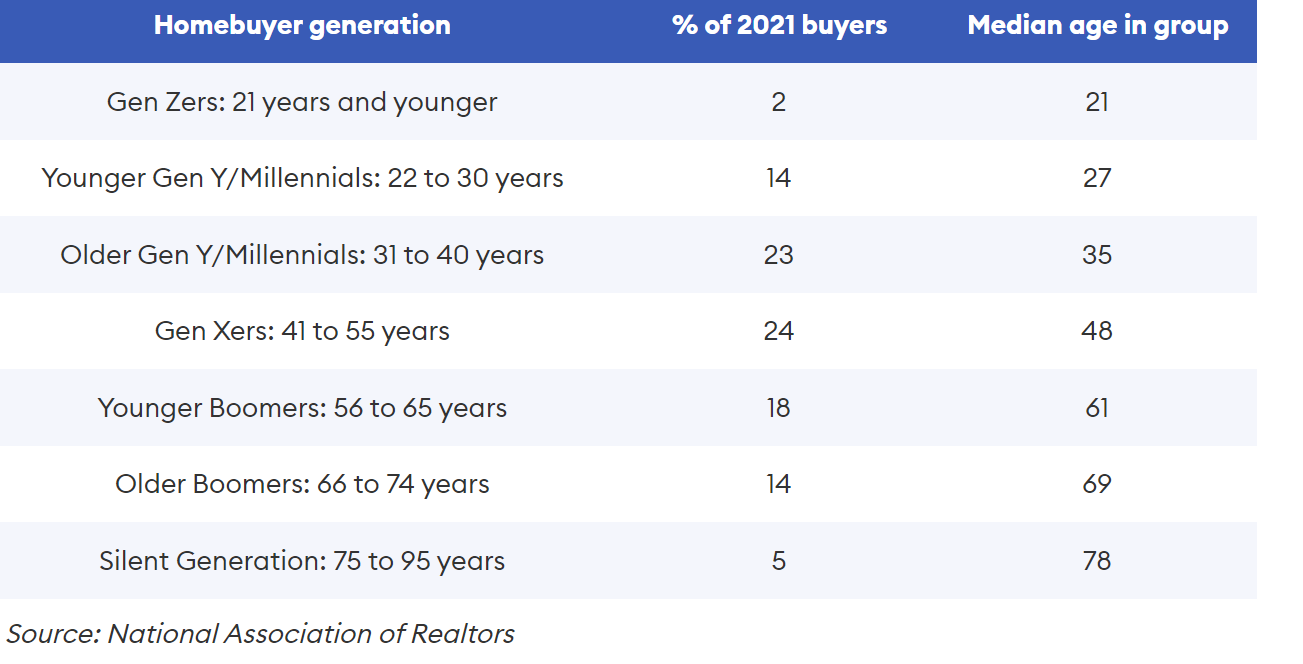 10. This Is the Sign of a Great Thinker, According to Jeff Bezos and Adam Grant

The smartest person I’ve known didn’t, on the surface, appear to be that smart.

She used qualifiers like “I think.” “Seems.” “Suggests.” “Indicates.”

When asked for her opinion she could appear unsure, frequently asking for feedback and shifting the conversation to what other people thought.

In time, I realized those behaviors masked a staggering intellect. She wasn’t just “book smart” — although she definitely was — but smart smart. Insightful. Perceptive. Clever. Smart about things. Smart about people.

In time, I realized those behaviors were the sign of a staggering intellect.

The rarely mentioned flip side of the Dunning-Kruger effect, a type of cognitive bias described by social psychologists David Dunning and Justin Kruger in which people believe they’re smarter and more skilled than they actually are, is that people with high ability tend to underestimate how good they are.

High-ability individuals tend to underrate their relative competence, and at the same time assume that tasks that are easy for them are just as easy for other people. The smarter you are, the less you think you know — because you realize just how much there is to actually know.

That didn’t mean she suffered from imposter syndrome, the inner belief that she was inadequate and mediocre despite evidence that showed she was highly skilled and extremely successful.

Great thinkers don’t harbor doubts because they’re impostors. They maintain doubts because they know we’re all partially blind and they’re committed to improving their sight. They don’t boast about how much they know; the marvel at how little they understand. They’re aware that each answer raises new questions, and the quest for knowledge is never finished. The mark of lifelong learners is recognizing that they can learn something from everyone they meet.

That didn’t mean she was indecisive or unsure, even though she often changed her mind.

According to Jeff Bezos:

The smartest people are constantly revising their understanding, reconsidering a problem they thought they’d already solved. They’re open to new points of view, new information, new ideas, contradictions, and challenges to their own way of thinking.

To Bezos, consistency of thought isn’t a positive trait. Bezos encourages those around him to seek new data, new analyses, new perspectives — to have what Stanford professor Bob Sutton calls “strong opinions, which are weakly held.”

Because wisdom isn’t found in certainty. Wisdom is knowing that while you might know a lot, there’s also a lot you don’t know.

Wisdom is trying to find out what is right rather than trying to be right.

Wisdom is realizing when you’re wrong, and backing down graciously.

Humility enables us to embrace the fact that we already know what we know.

What we don’t know is what other people know.

At least not yet