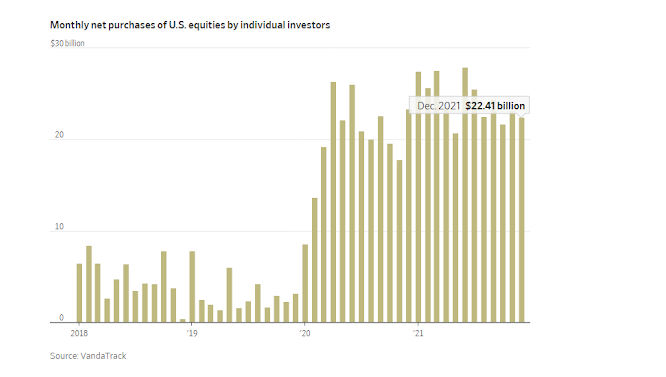 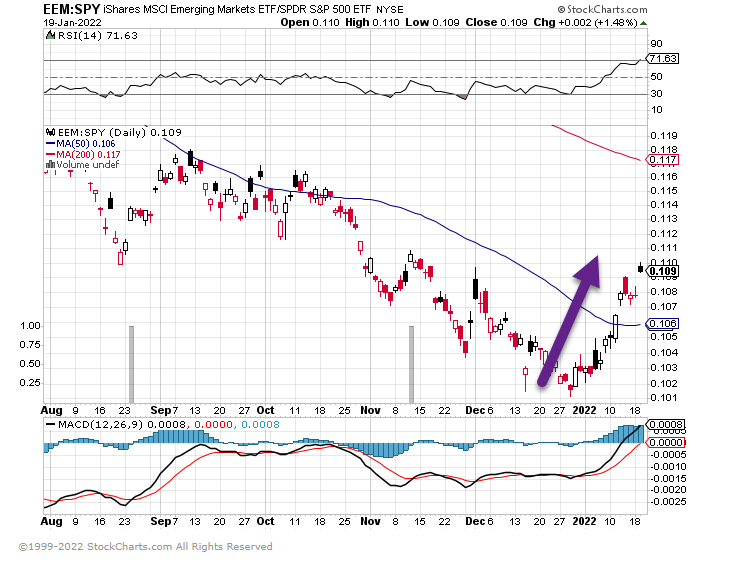 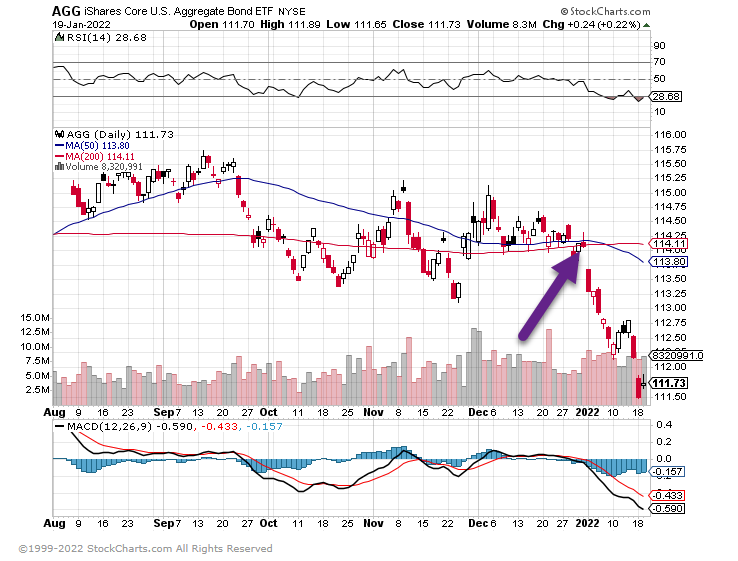 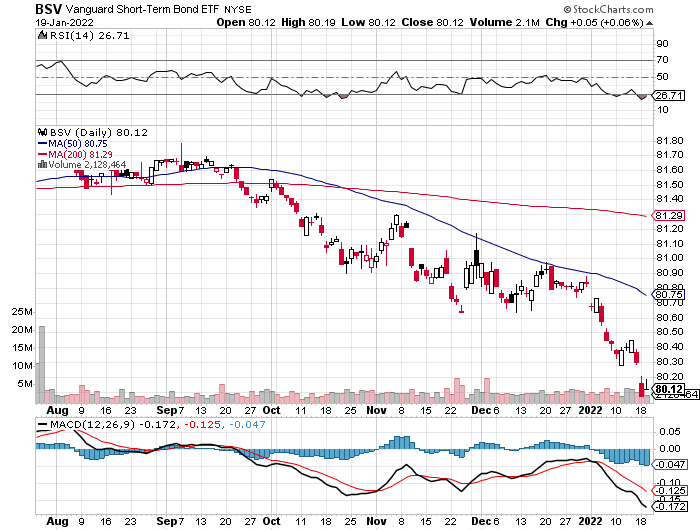 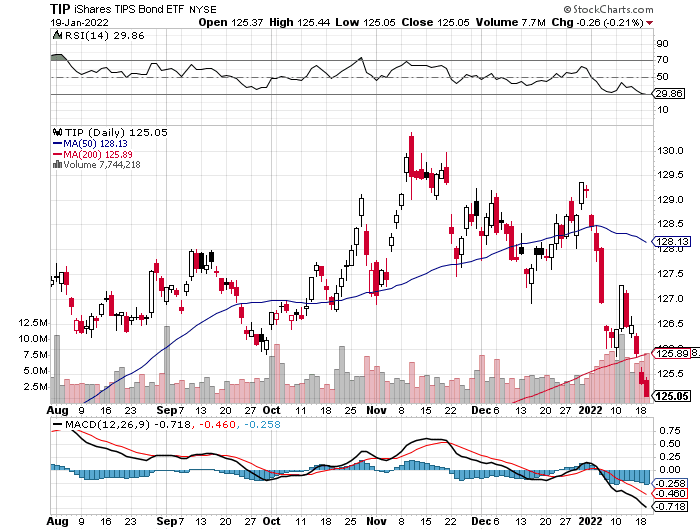 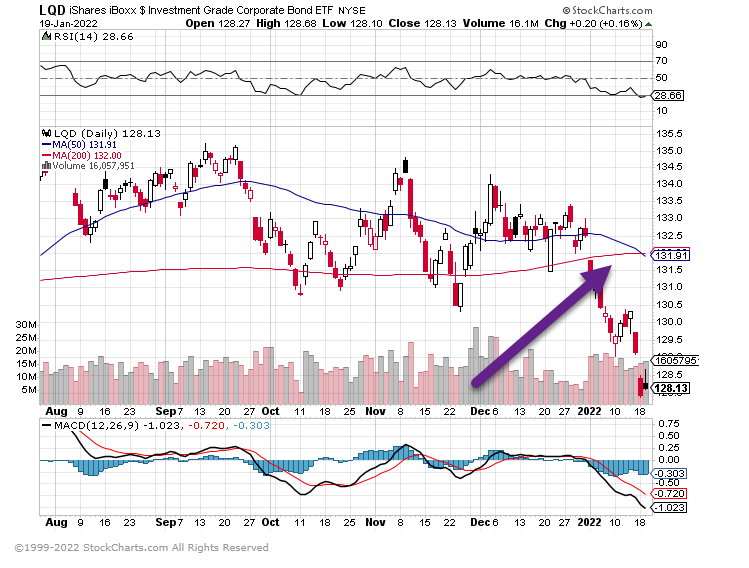 “Dave Lutz at Jones The biggest ETF tracking junk bonds suffered the third-largest daily outflow in its 15-year history as credit markets sold off amid prospects for higher interest rates. Investors pulled $1.3 billion from HYG Tuesday, the most since February 2020 – It has tested the $85.25 support level 4x in the last month, going to be very key for a hold there.”

This chart shows Gold versus High Yield Bonds reversing in December…Watch for breakout. 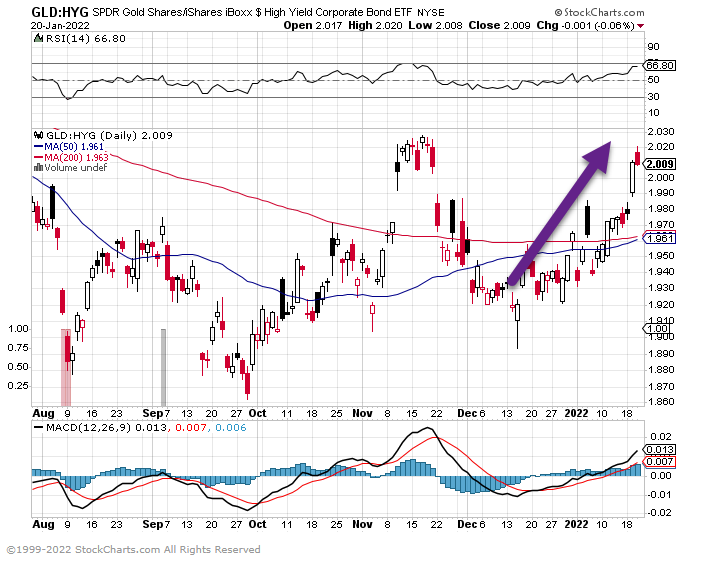 7. The only time in its history NFLX has been cash flow positive is when Covid shut down everything. And now it has pulled 5 years of demand forward 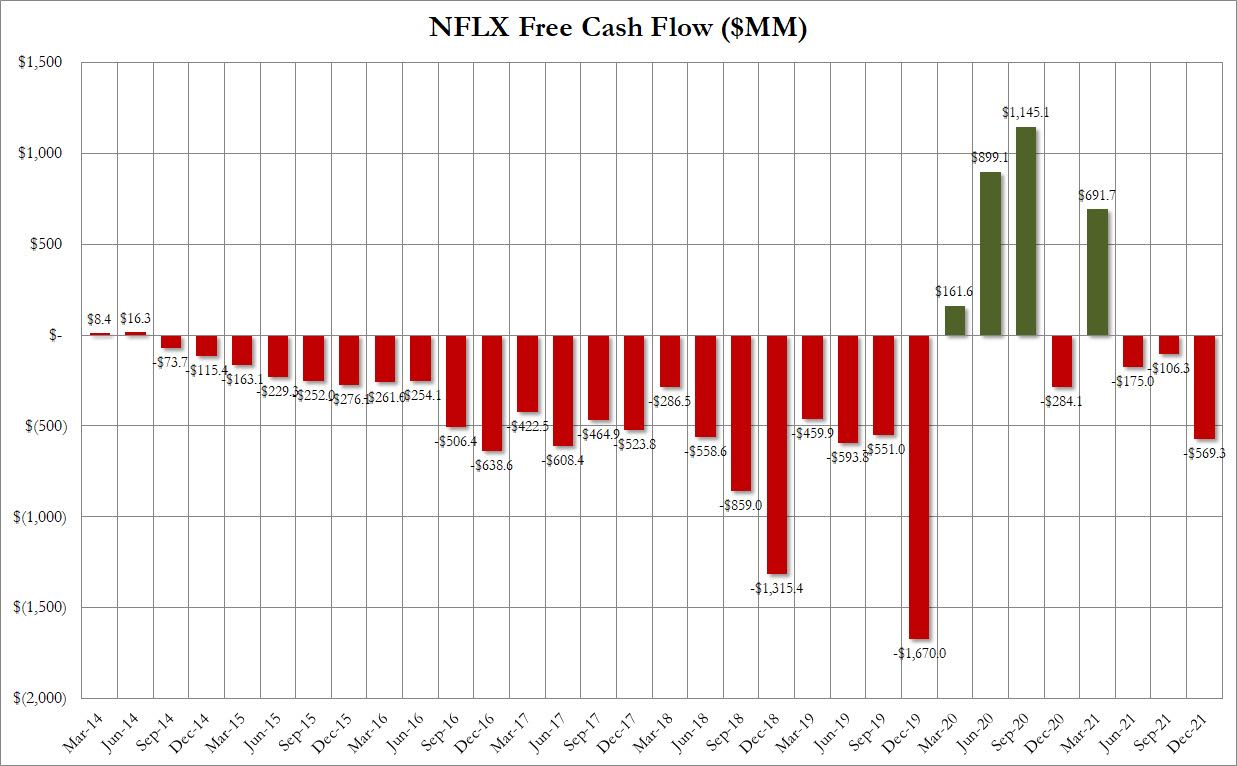 Hedge fund firm Brevan Howard has launched its first dedicated crypto fund with 10 teams of portfolio managers and bold fundraising aspirations, according to two people familiar with the matter.

The flagship vehicle, BH Digital Multi-Strategy Fund, started trading earlier this month with a sizable amount of internal capital, sources said. The plan is to start broadly raising outside money in the second quarter — and expectations are that fundraising haul would amount to at least several hundred million dollars and perhaps more than $1 billion.

The fund is the inaugural vehicle of BH Digital, the new Brevan Howard unit dedicated to the global macro firm’s crypto investments. The division now has 25 employees overall and is scaling. It represents one of the largest — if not the largest — commitments by a legacy asset manager to digital assets.

“Brevan is making an absolutely massive push into crypto,” one source said. 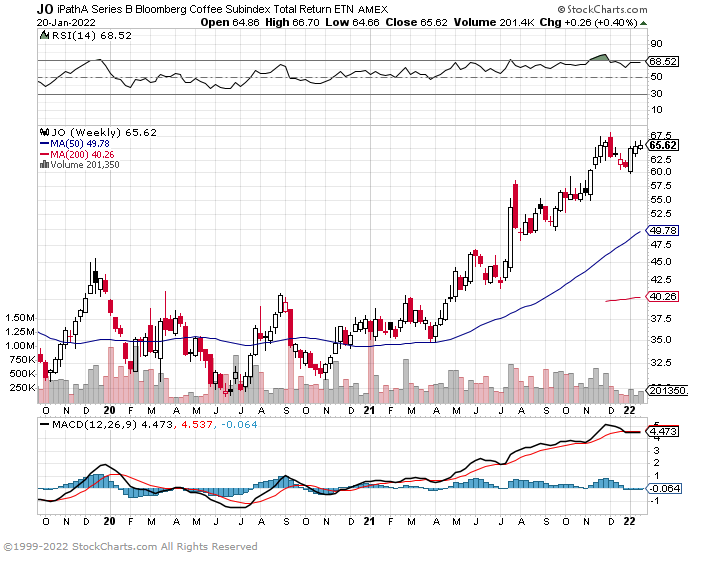 10. The Do’s and Don’ts of Tough Conversations

Imagine for a moment that you’re about to sit down with an employee to discuss exciting new changes to your company. Perhaps you’re bubbling with enthusiasm, sure that she’ll feel the same as you. Then you break the news and you’re met with a blank stare, a passive sigh or even an angry rebuttal.

No matter how prepared you might think you are, some conversations just won’t go the way you think they will. But that doesn’t mean you should give up and leave all tough conversations to work themselves out. After all, in an online survey of 1,000 employees, 91 percent said that communication issues drag executives down. The data revealed that most leaders were missing critical opportunities to engage that could position them as more trustworthy to their employees.

As someone who’s been managing others for more than 25 years, I’ve seen the value of honest, open communication between an employee and employer, but I’ve certainly stumbled along the way. Although these communication mishaps aren’t my proudest moments, they’ve taught me valuable lessons as a manager, including how to repair relationships and have more constructive conversations. I’ve picked up on a few important do’s and don’ts on my journey, such as:

1. Do throw the script away.

Preparing for a tough conversation is imperative to its success. There’s a big difference between jotting down notes and drafting a script, though. The latter won’t do you any good.

“A difficult conversation tends to go best when you think about it as just a normal conversation,” says Holly Weeks, author of Failure to Communicate. Because your counterpart doesn’t know his or her lines, the conversation can become awkward and artificial. For a more natural, productive conversation, opt for a few bullet points to address, and be flexible about the ensuing conversation.

2. Don’t dance around the issue.

It is important for you, as a manager, to be as explicit as possible during difficult conversations. Begin by declaring what you hope to achieve during this meeting and asking the employee to do the same. Then tackle the topic at hand, as well as the thought process behind it.

3. Do put yourself in the other person’s shoes.

As humans, we all possess preconceived notions, but holding onto those assumptions during tough conversations is a mistake. For example, a few years ago, I led a team that we needed to restructure. We needed to go much deeper in areas where we were the best and for which we were known as the experts, but this also meant letting go of some things that weren’t as important. So I had to have several conversations with employees on how their roles would shift. One conversation was a huge learning experience for me.

I was so confident in the direction of our group that I failed to explain fully one employee’s role and how it was changing. I assumed she would understand the importance of the shift because she was a senior leader, but I failed to articulate how she fit into the bigger picture specifically. Because of this, she didn’t understand her importance to the company and the value she added.

It takes two people to have a conversation, so consider your counterpart’s perspective. Think through the issue at hand from your point of view. Then reflect on what your employee thinks the issue is. If you can’t answer the second question, ask him or her directly. When you work to empathize with your employee, she’ll be more open to having a productive conversation.

After speaking with my employee about the structural changes, I picked up on her social cues and asked her to tell me about how she was feeling. That’s when I realized I needed to put myself in her shoes. So I explained how shifting some of her workload would actually allow her to dive deeper into her area of expertise. After I did so, she became one of the biggest champions in the department for these changes.

It might be tempting to act defensively or even make yourself the victim during a difficult discussion, but you should avoid both of these tactics at all costs. Deflecting blame or making statements such as, “This is really difficult for me!” or “I feel terrible about this!” during a difficult conversation only makes you appear dismissive of your employee’s needs. Instead, acknowledge your role in the discussion and how you’ll work through the issue in collaboration with your employee.

5. Do show a little compassion.

Difficult conversations might not be pleasant, but compassion helps you deliver difficult news in an honest, fair manner. Ultimately, my restructuring conversation was successful because I responded to the employee’s needs with compassion. Once I understood why she was concerned, I was able to sympathize and respond accordingly. Keep in mind that it’s important to not only respond to employees’ concerns as they crop up, but also to stay ahead of them to reassure your employees that they’re valuable teammates.

Having a tough conversation with your employee is never easy or fun—especially when that employee reacts differently than you’d anticipated. But it’s still important to reflect on these experiences. After a draining conversation, take some time to consider what went well and what did not, as well as what you can do differently in the future. In conjunction with transparency, active listening and the right attitude, self-reflection will help you tackle difficult conversations head-on.