1. The Nasdaq Composite is now averaging around 22 times forward earnings —21% above its five-year average. 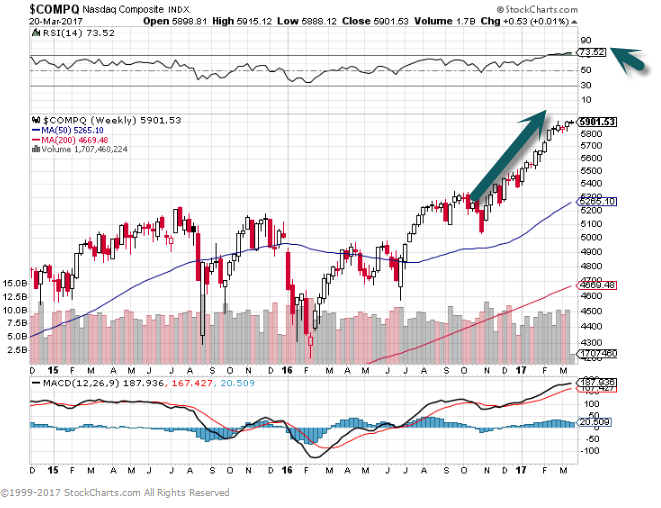 The US stock market has a tendency to move strongly and on great volumes in the last half-hour of every trading day, which can often overpower or exacerbate swings and dips. The phenomenon has been particularly stark this year, with 37% of New York Stock Exchange trading volumes now happening in the last 30 minutes of the session, according to JPMorgan. ETFs are essentially investment algorithms of varying degrees of complexity, and typically automatically rebalance their holdings at the end of the day 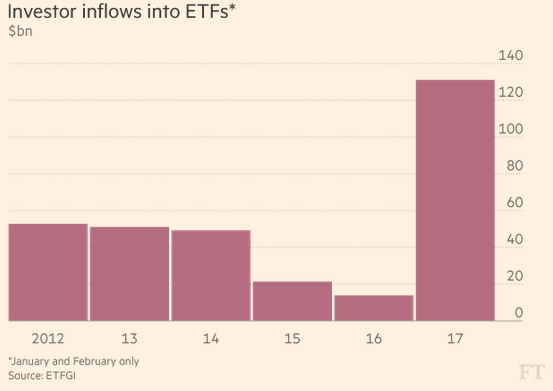 “Record-breaking 2017 for ETFs fuels fears of stock market bubble” says FT – Exchange traded funds attracted $131bn in the first two months of the year – Rising investor demand for low-cost ETFs has intensified pressure on traditional active fund managers, which charge relatively high fees. BlackRock and Vanguard have already pulled in net ETF inflows of $38bn and $29bn so far in 2017, with much of that money diverted from active rivals.

This past week marked the 16th-consecutive week of inflows into exchange-traded funds that invest primarily in companies that dole out dividends, according to EPFR. During that time, $6.9 billion have flowed into these funds. The inflows come even as the Federal Reserve has raised interest rates twice and is on pace to raise rates an additional two times in 2017.
From Dave Lutz at Jones
lutzie@jonestrading.com

Dated Chart But You Get the Idea. 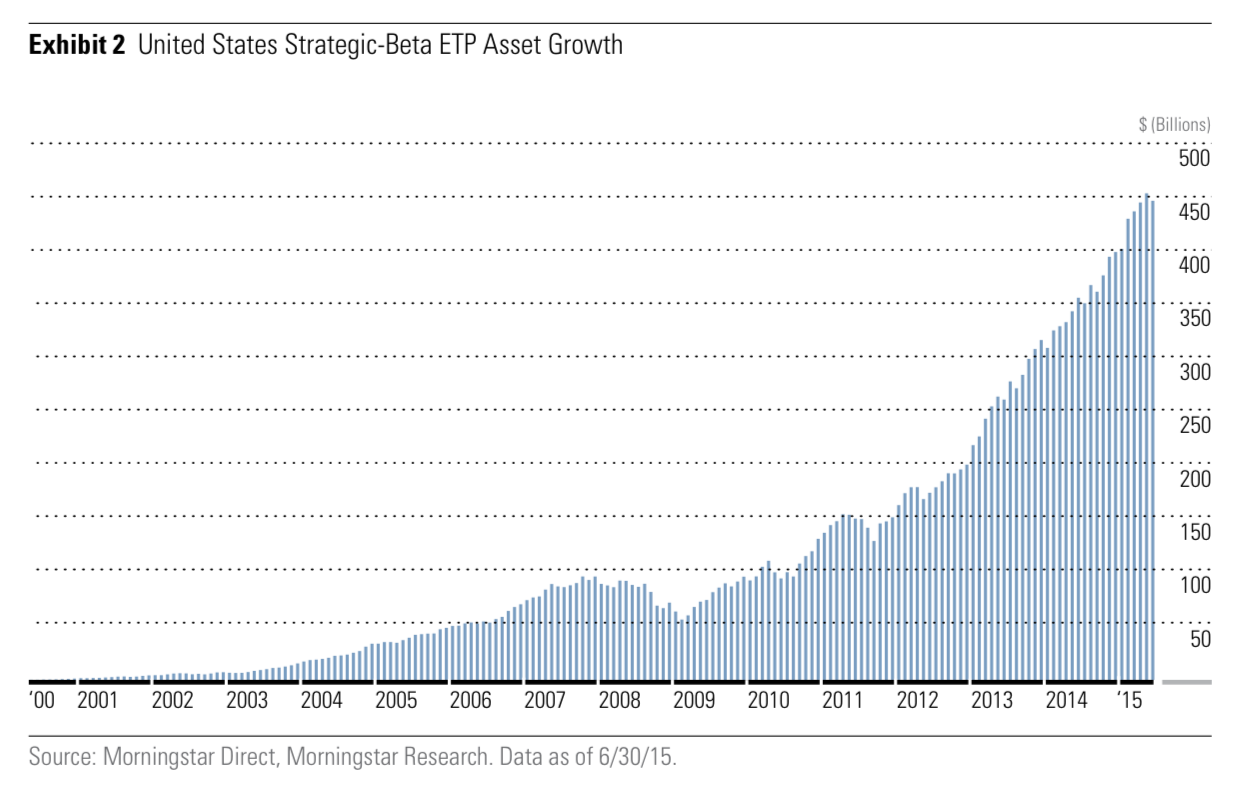 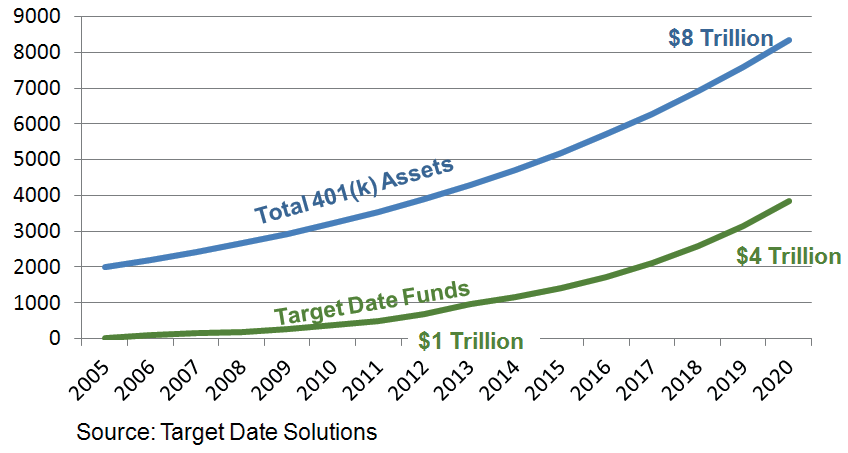 5.Tech IPOs Drop from 62 in 2014 to 26 Last Year…Private Equity Investors have Taken on Tech Risk. 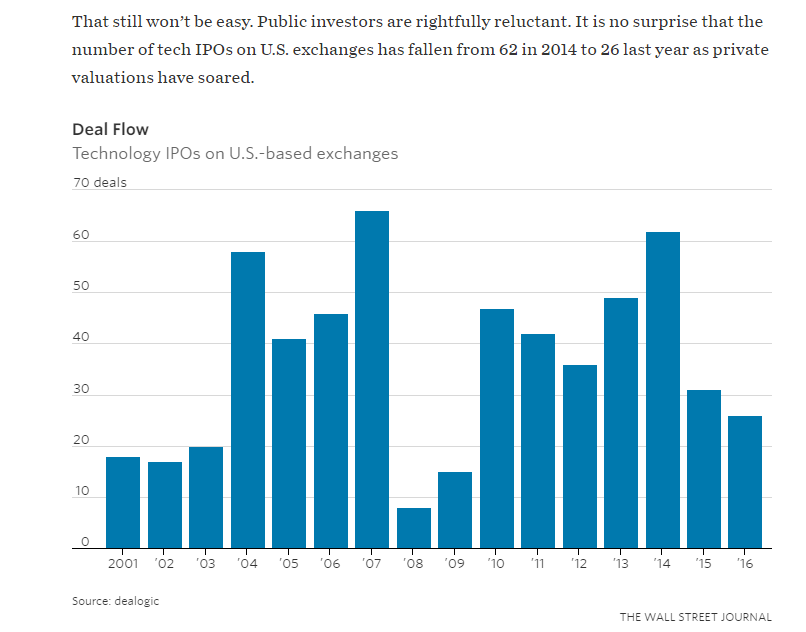 6.Is Value Finally Set to Shine? After 7 Years of Underperformance…Value Factor Led in 2016.

From a short-term perspective, the value factor has flipped toward more expensive territory. Although the factor is now trading at above-average valuations, seven straight years of underperformance suggest that we may be only in the beginning stages of the factor’s turnaround. 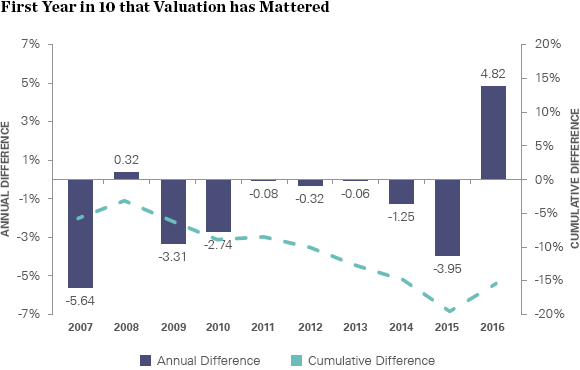 Past performance is not a guarantee of future results. Index returns reflect capital gains and losses, income, and the reinvestment of dividends. 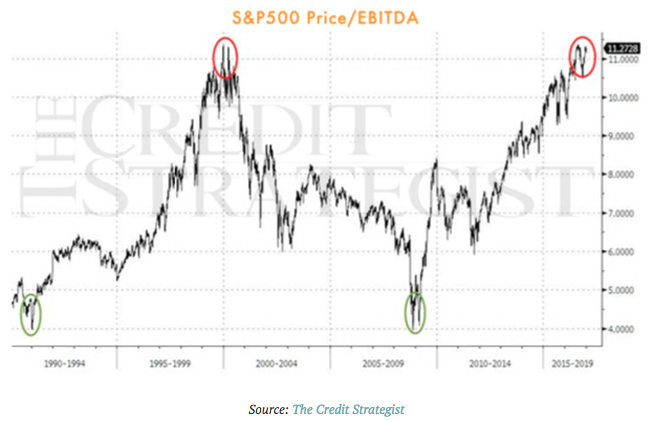 Today, the S&P 500 price/EBITDA sits at an all-time high.

This tells us that the current rally can be largely attributed to “valuation expansion.”Indeed, around 60% of the gains since 2009 have come from this source. At the same time, earnings growth has been anemic.

8.Excellent Grid on the Need for Diversification….Leadership Changes Since 2007

9.Too Big to Fail Banks Just Got Bigger…Big 4 Top $1 Trillion in Market Cap for the First Time Ever.

For the first time ever, the market cap of America’s “Big Four” banks topped $1 trillion having surged 30% since Donald Trump was elected president. While to some this is cause for celebration, we note that the last time a nation’s “big four” banks topped $1 trillion in market cap did not end well…
As Bloomberg notes, the four biggest U.S. banks were worth the most on record versus China’s “Big Four” this month, as JPMorgan, Wells Fargo, Bank of America, and Citigroup were worth over $250 billion more than Industrial & Commercial Bank, China Construction Bank, Bank of China, and Agricultural Bank of China combined. 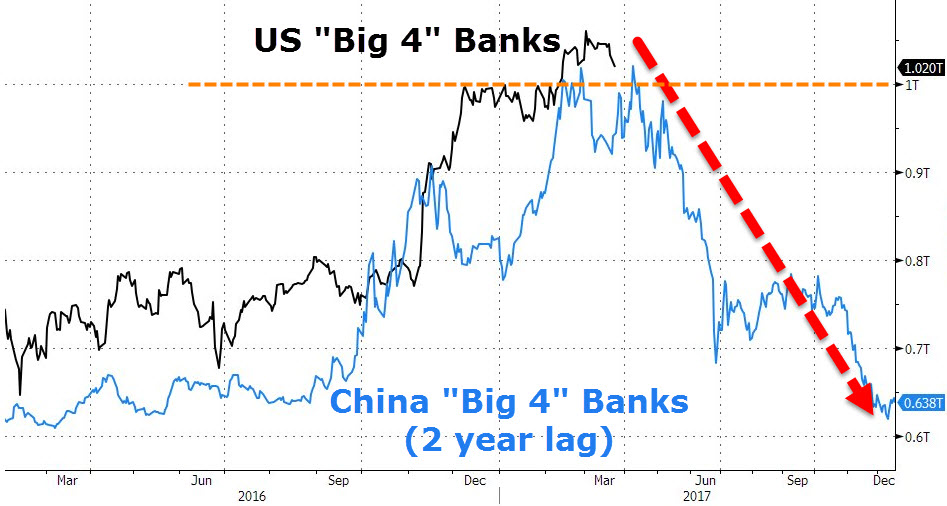 10.Is Your Self-Esteem Too High to Be Successful?

A science-backed replacement for self-esteem.

Source: Paige Soller/Flickr
You probably rely too much on self-esteem for your success. This is a mistake. High self-esteem has several problems. This includes the potential for violence and a fear of failure. If success is your goal, forget self-esteem and embrace self-compassion.

Self-esteem has many definitions. One often used definition of self-esteem involves how competent you feel, as well as how you perceive the judgments of other people.

Self-Esteem Relies On Validation From Others

Often, self-esteem relies on validation from other people and proving your competence. Relying on these factors for self-worth is holding you back. Relying on external judgments and accomplishments is a recipe for anxiety, depression, and other bad outcomes. You don’t want your self-worth to rise and fall based on the approval of others or your latest success or setback. In contrast, research demonstrates self-compassion is linked to more stable feelings of self-worth.

Self-compassion does not depend on your image of yourself. It doesn’t rely on external approval. Rather, self-compassion means you embrace all aspects of personal experience without judgment. It means letting go of the idea that every experience is a reflection of who you are as a person. Your feelings about yourself are not determined by your successes and failures.

Research from psychologists Carol Dweck and Ellen Leggett highlights how self-esteem can hold you back. They ran a series of experiments on how people approach difficult tasks. Next, they divided people into two groups: Growth mindset and fixed mindset. People with fixed mindsets tend to avoid challenges out of fear. They worry about looking incompetent. They focus on whether their abilities are adequate and how other people view them.

Another potential problem with high self-esteem involves narcissism. Researchers have found that self-esteem is positively associated with narcissism. People who rely on others’ view of them become angry when their self-image is insulted or threatened. This idea is related to narcissistic injury. When people discover other people do not view them as they wish to be viewed, it can result in aggression.

article continues after advertisement
In contrast, there is no relationship between self-compassion and narcissism. Self-compassionate people don’t worry about their egos because they don’t define themselves by external approval. Moreover, it makes it easier to acknowledge personal shortcomings.

Being self-compassionate lets you seek challenges without worrying that failure at a task means you’re a failure as a person. As a result, self-compassion can drive you to gain new skills and become more successful.

· Be kind to yourself. This means accepting your flaws without judgment or harsh criticism.

· Understand you are part of humanity. You reframe failures not as harsh reflections of your self-worth. You accept that mistakes are part of being human but do not mean you are less worthy as a person.

article continues after advertisement
Self-compassion does not mean neglecting responsibility for failure. As Dr. Emma Seppälä at Stanford University puts it, “[Self-compassion] means that you approach these setbacks in a more constructive way, learning from them instead of beating yourself up because of them.” If you want to take on challenges, gain new skills, and reach success, be self-compassionate.