as falling unemployment and record-low interest rates boosted spending. According to the Federal Statistics Office, GDP growth rose 1.9%, after a gain of 1.7% the previous year. Germany is the first of the world’s biggest developed economies to provide preliminary GDP data for 2016.
www.seekingalpha.com 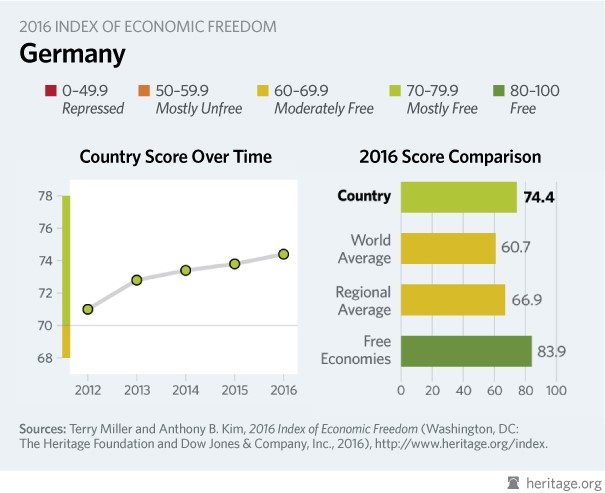 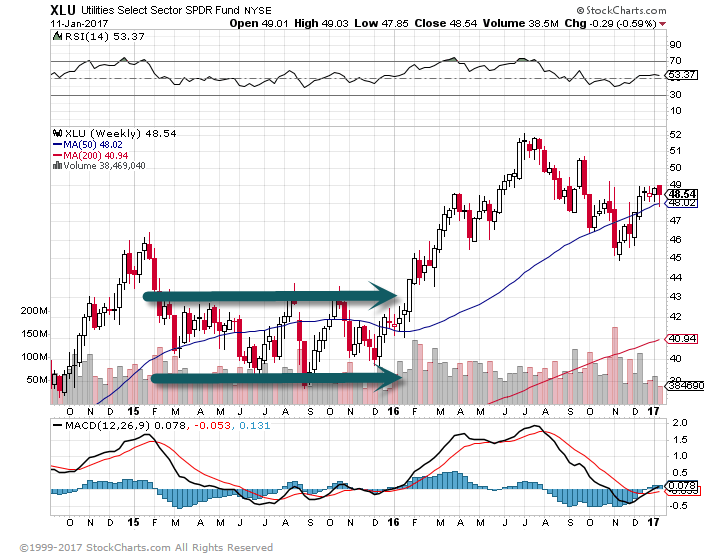 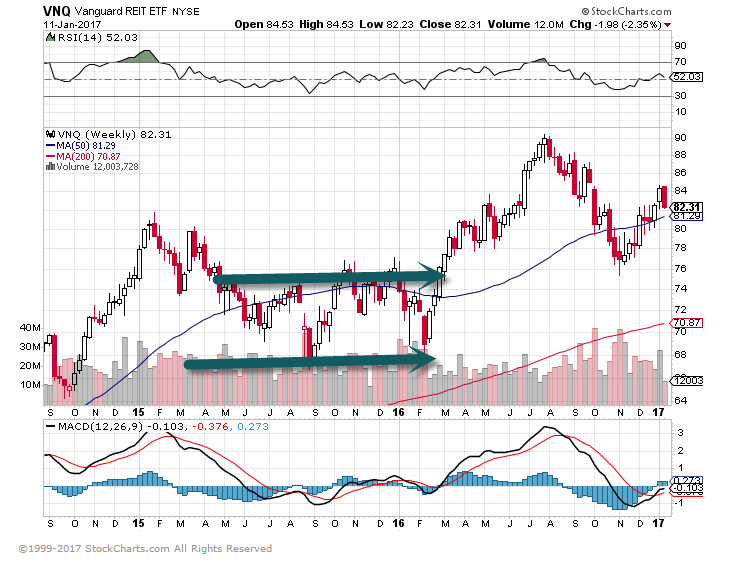 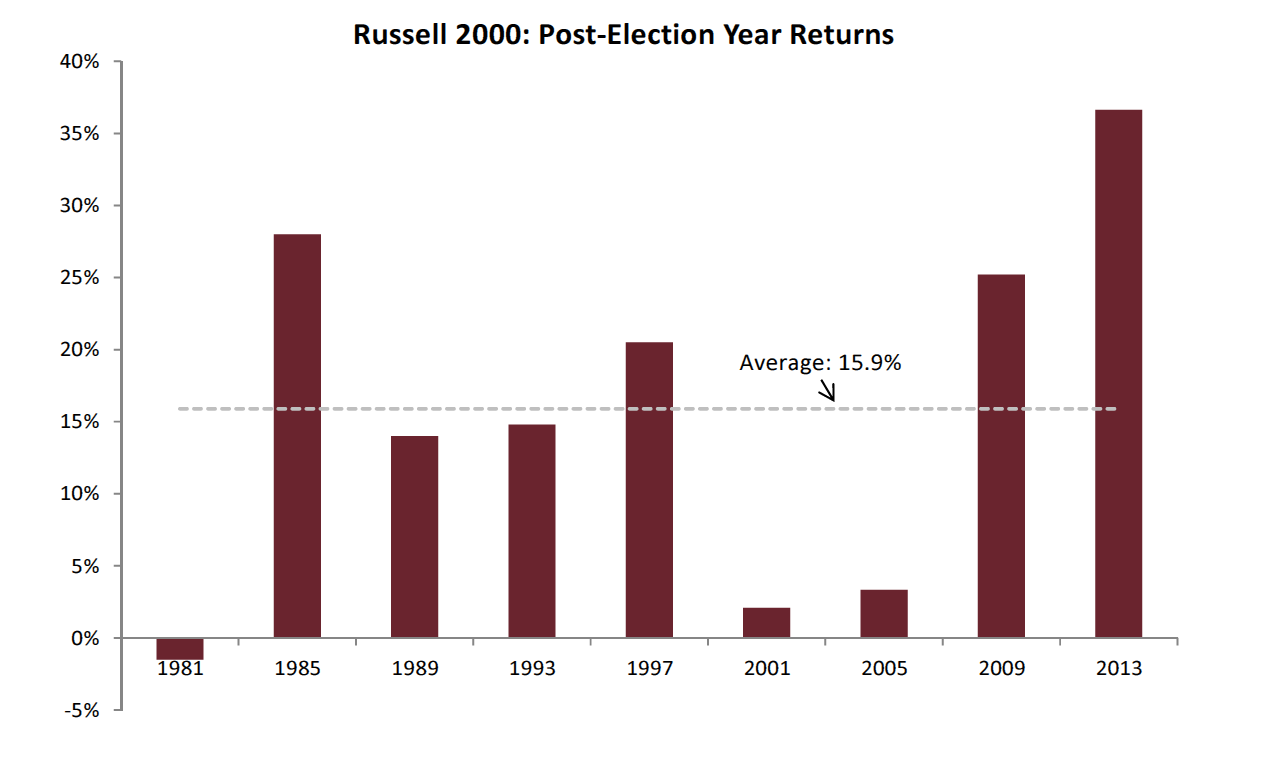 Speculators are once again rolling the dice on oil prices — and they could be about to get burned, says Lyons Fund Management’s Dana Lyons in a Tumblr post.

He points to data from the CFTC Commitment Of Traders (COT) report, which looks at the positioning of various trading groups, including the weighty noncommercial speculators — commodity pools and hedge funds who trade the market long and short.

As of last week, those speculators were net-long over 440,000 oil-futures contracts, the highest since July 2014.

Back then, that topping out of prices was a clear sign investors had gotten too bullish. Oil prices ended up finishing 2014 around 50% lower. 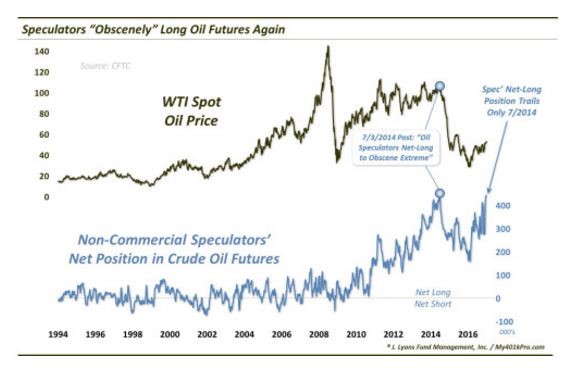 Will history repeat itself?

“These speculators may continue to be correct in their bullish posture for a while. However, given their obscene position, you can bet that eventually they’re going to get lit up again,” says Lyons. Read the full blog here. 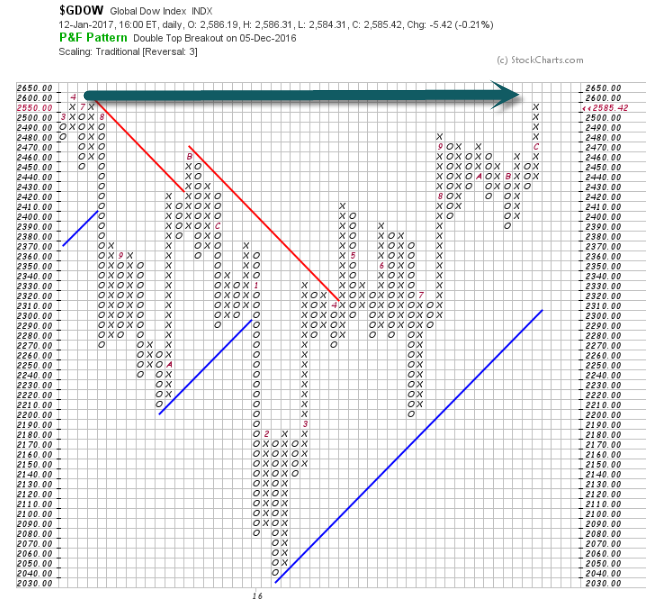 50Day turning up toward 200day on Weekly Chart 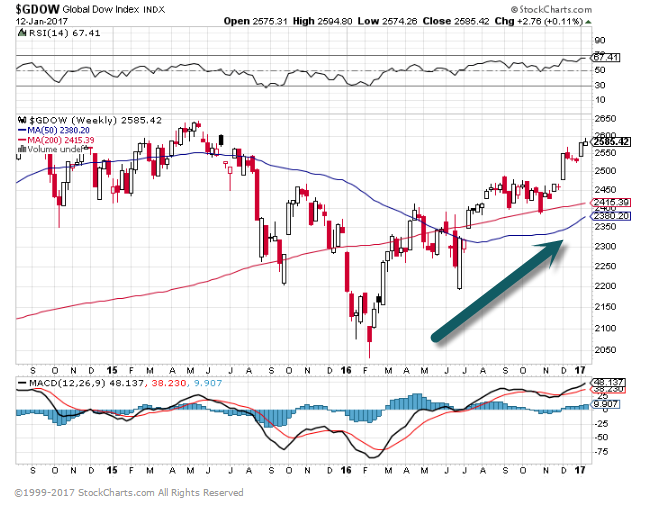 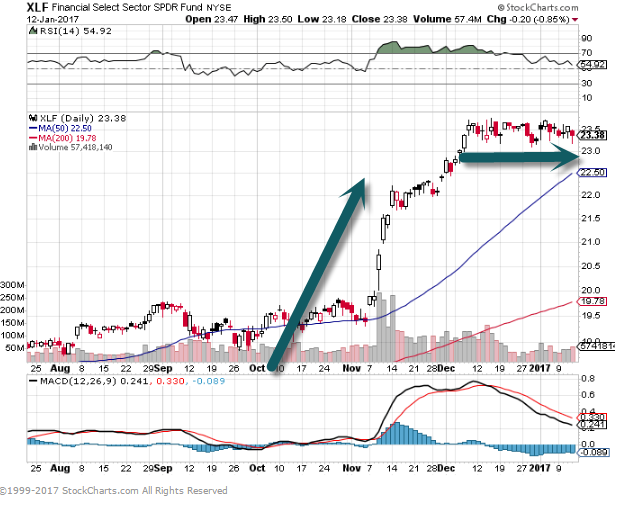 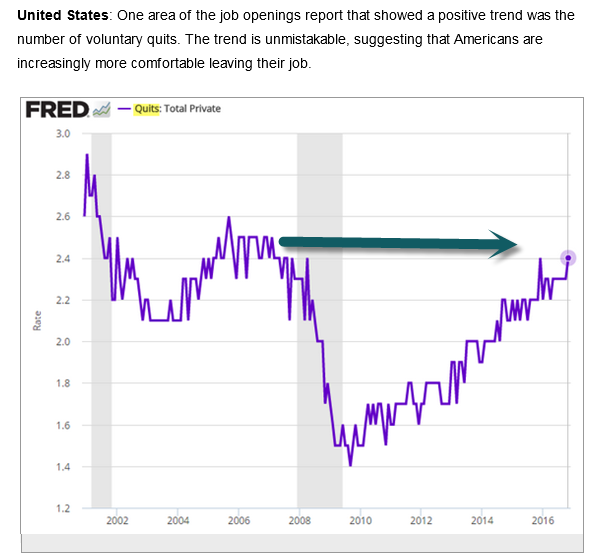 9.Read of the Day…Garbage in Garbage out.

Of course, as we noted previously, our system of education is not entirely to blame.

The truth is that young Americans spend far more time consuming media than they do hitting the books, and what passes for “entertainment” these days is rapidly turning their brains to mush.

According to a report put out by Nielsen, this is how much time the average American spends consuming media on various devices each day…

Listening to the radio: 2 hours, 44 minutes

When you add it all up, the average American spends more than 10 hours a day plugged into some form of media.

And if you allow anyone to pump “programming” into your mind for 10 hours a day, it is going to have a dramatic impact.

In the end, I truly believe that we all greatly underestimate the influence that the mainstream media has on all of us.  We willingly plug into “the Matrix” for endless hours, but then somehow we still expect “to think for ourselves”.

There are very few of us that can say that we have not been exposed to thousands upon thousands of hours of conditioning.  And all of that garbage can make it very, very difficult to think clearly.

It is not because of a lack of input that we have become so stupid as a society.  The big problem is what we are putting into our minds.

If we continue to put garbage in, we are going to continue to get garbage out, and that is the cold, hard reality of the matter.

You want to make the world a better place?

How do we do that?

First, you create value and solve a problem.

Second, you learn how to sell people on the fact that they need your solution to their problem.

“To sell well is to convince someone else to part with resources — not to deprive that person, but to leave him better off in the end.” – Daniel H. Pink, To Sell Is Human

If you want to leave the world better off in the end, then you’ll love today’s 5 sales secrets from my good friend, Bedros Keuilian.

(Bedros and I are running a Mastermind in New Orleans tomorrow. Get the details on our next event here.)

Even if you’re not a “salesman,” the truth is that in every conversation, email, and interaction you have each day, you are selling.

You are convincing another person to share your point of view, to accept your offer (whether an offer of assistance or an offer of commercial intent), or to do something you want them to do.

Take, for example, getting your children to brush their teeth. You show the benefits. You give them a deadline. You might even resort to removing privileges if they don’t do what you want. You are selling, persuading, and convincing.

No one is better at selling in a “California Cool” style than Bedros. He’s the guy that Frank Kern goes to for advice.

Last year I hired Bedros to help me go from zero-to-hero in terms of my phone sales skills. It’s an essential part of my business transformation, because selling via phone and in face-to-face conversations is how I convince people to attend my Perfect Life Workshops or to hire me to speak at their events.

Each week Bedros and I practice a sales call with him acting as a prospect my Perfect Life coaching program.

But last month we switched our roles. I played the role of a potential coaching client for Bedros’ Domination Day program (of which I’m a client).

Here’s what I learned watching the master in action.

1) Pump-Up The Positive Past

Oh, and one more thing… a bit of a warning, actually.

Don’t talk too much, and once the client is committed, resist the urge to keep yammering on.

Now go out and do it,“Lead with passion and purpose.”

Instead, close the sale, confirm it, take payment, and tell them to await further instructions from your team member in charge of delivering the experience.

Bedros taught me not to “talk myself out of a sale.”