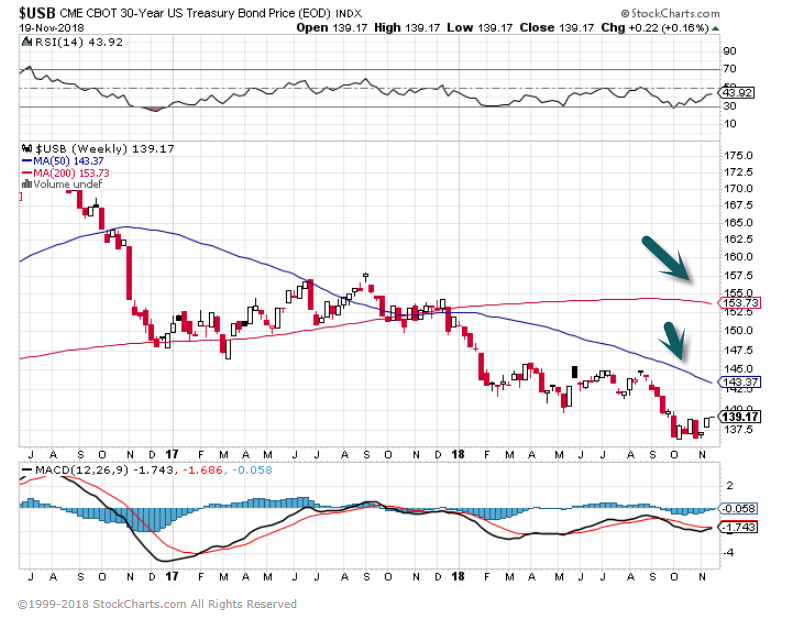 Good time to buy house or car polls rolling over. 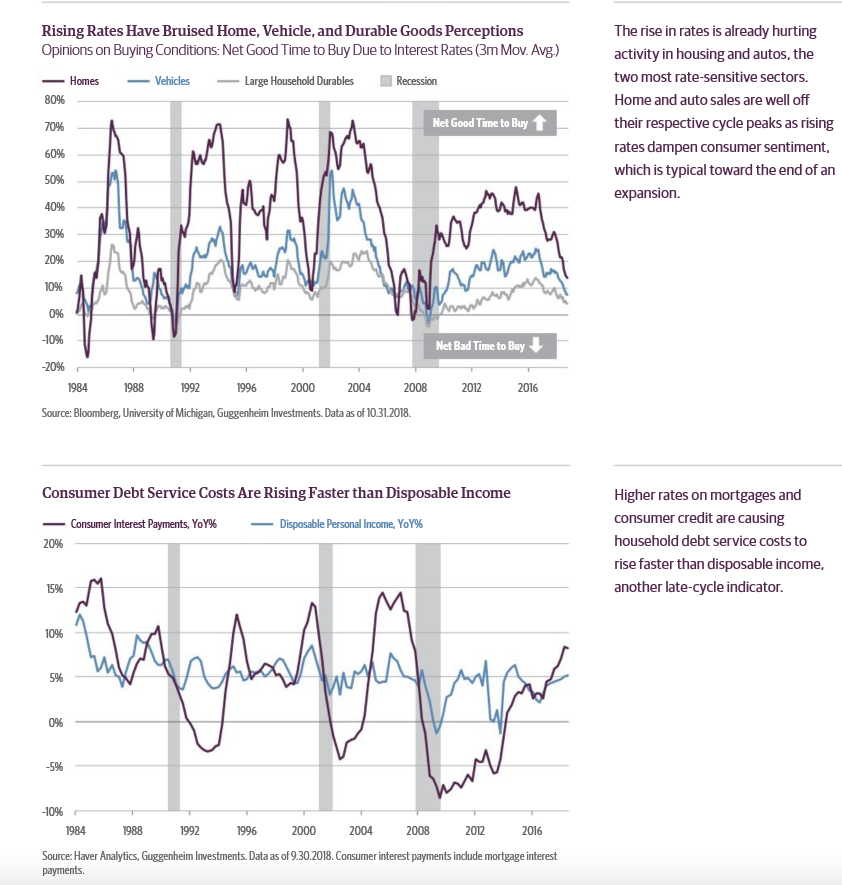 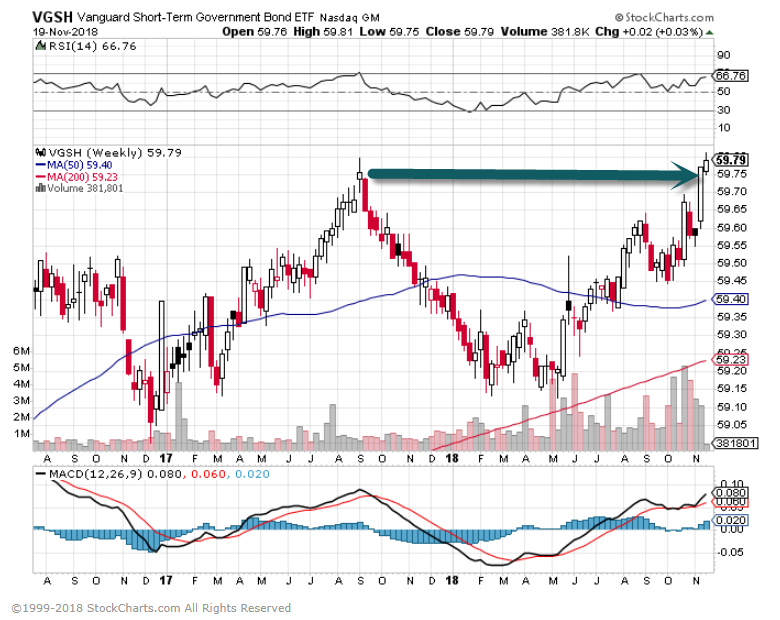 4.S&P Low Volatility Index About to Break to New Highs. 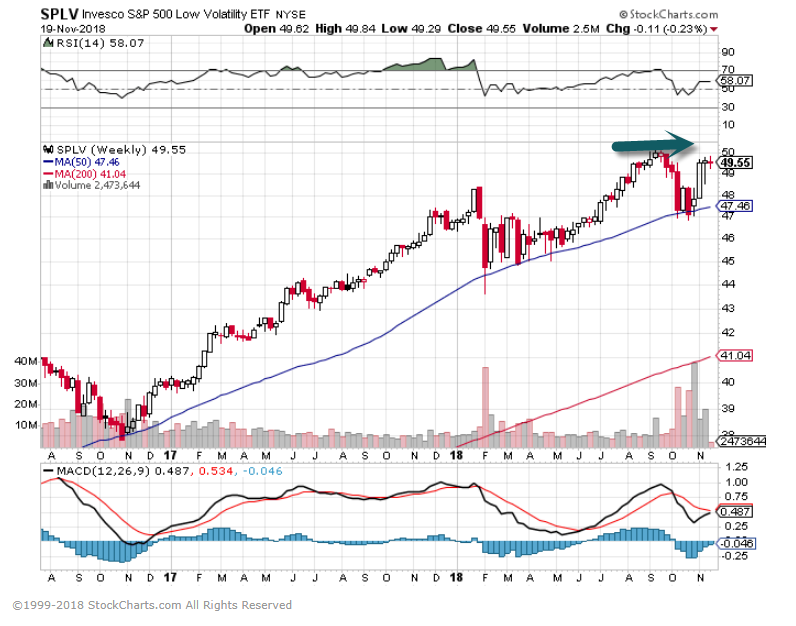 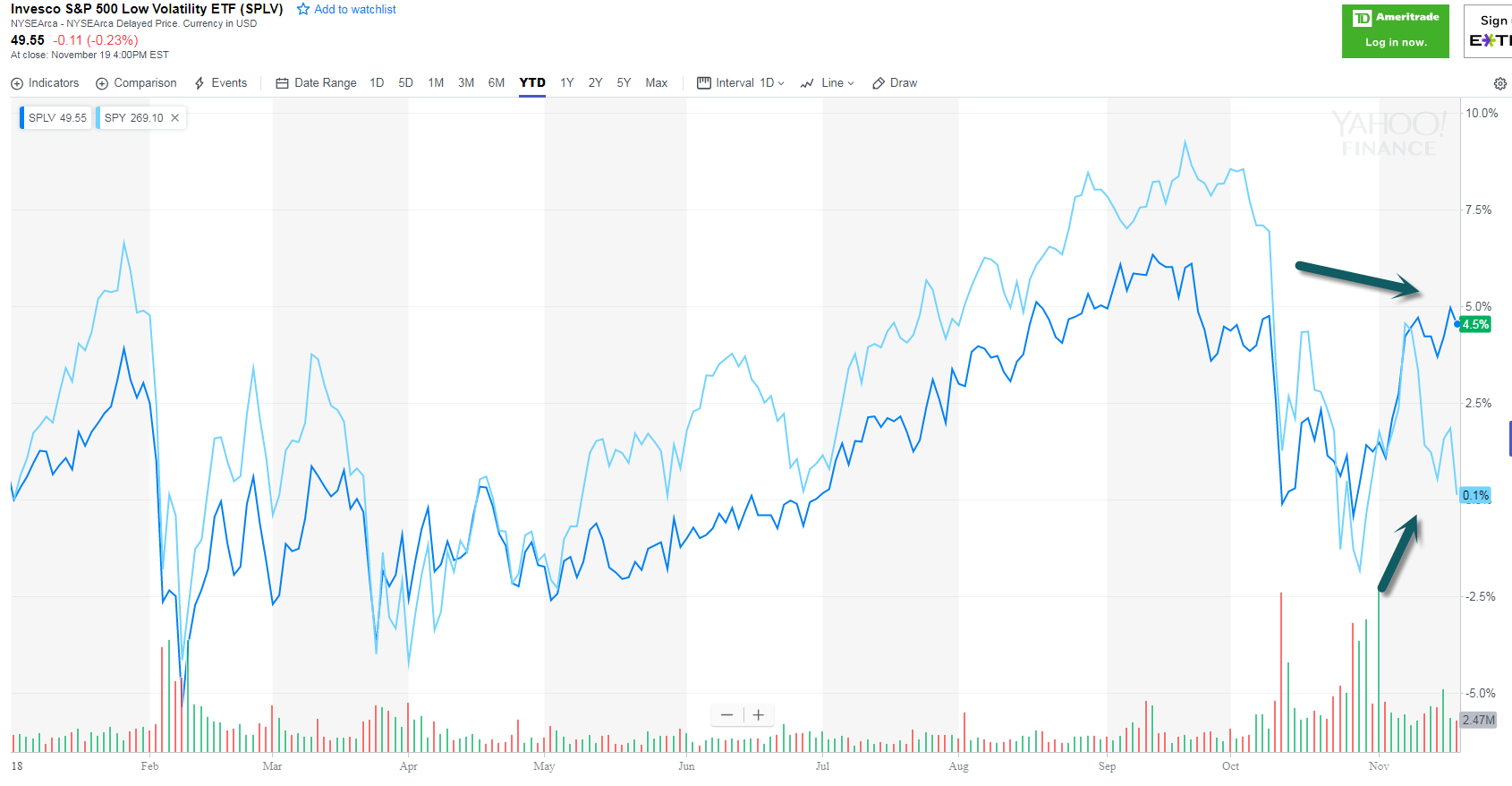 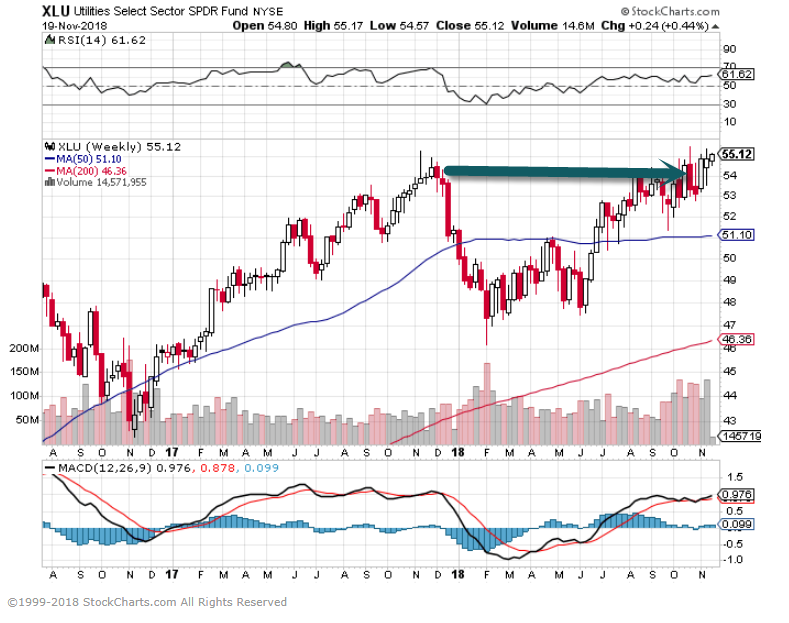 6.Nasdaq Volatility Did Not Break to New Highs Yesterday.

VXN-Naz 100 Volatility Did Not Break Out Yet 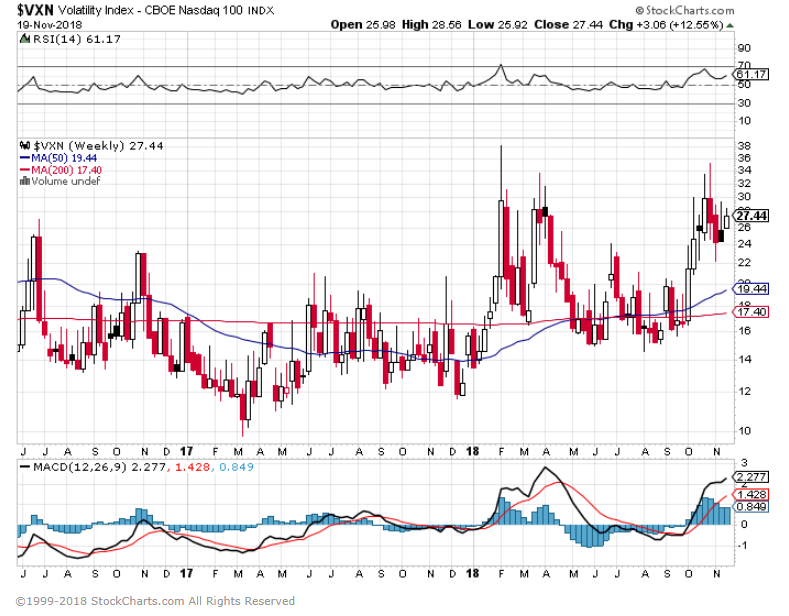 COMP back to YTD lows after yesterday. 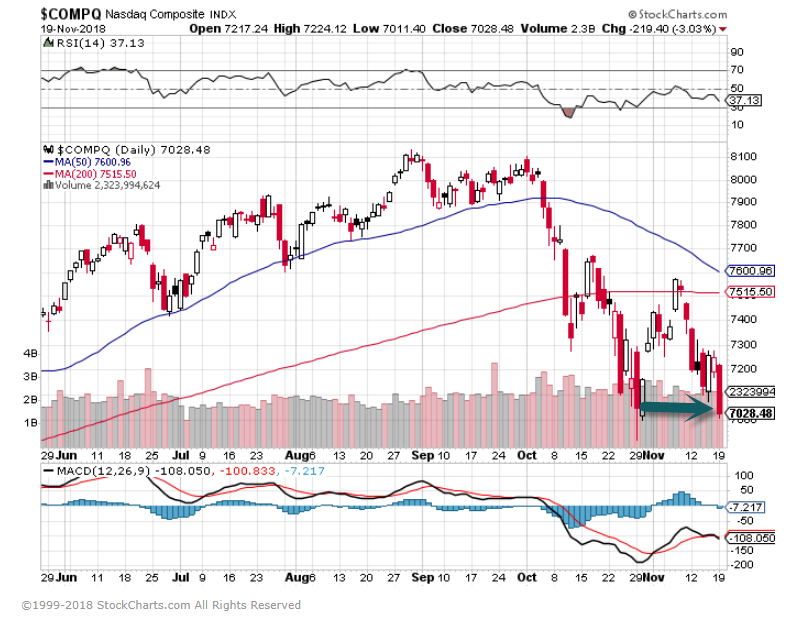 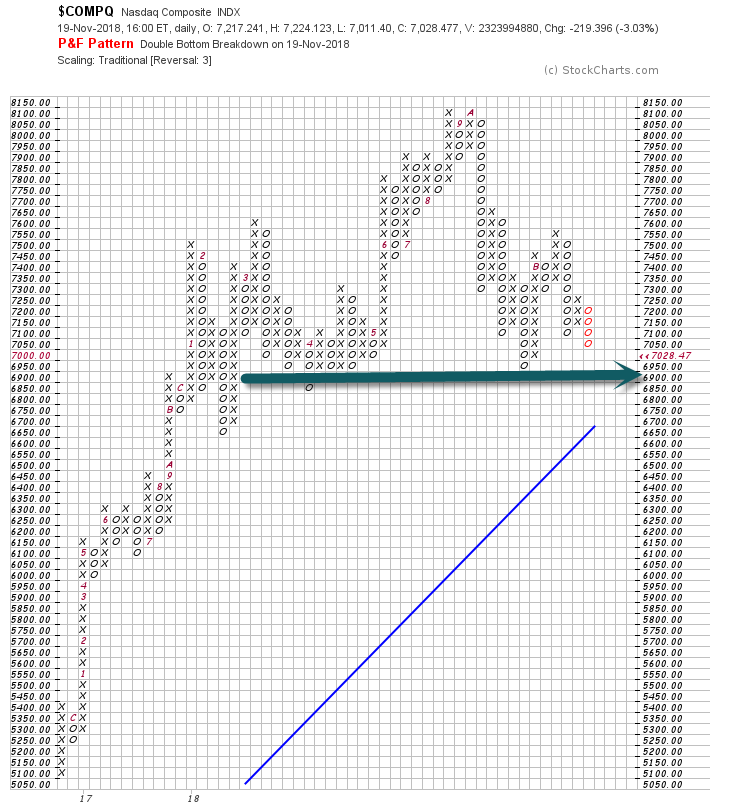 During the six-week sell-off, Apple has been hit hardest. Amid fears of a slowdown in iPhone sales, Apple’s market cap has tanked $231.06 billion to $929.32 billion on Monday.

How much has been wiped from the value of the FAANGs since October 3:

FB-Closes Below 200day on Long-Term Weekly Chart….Other 3 not close on weekly charts 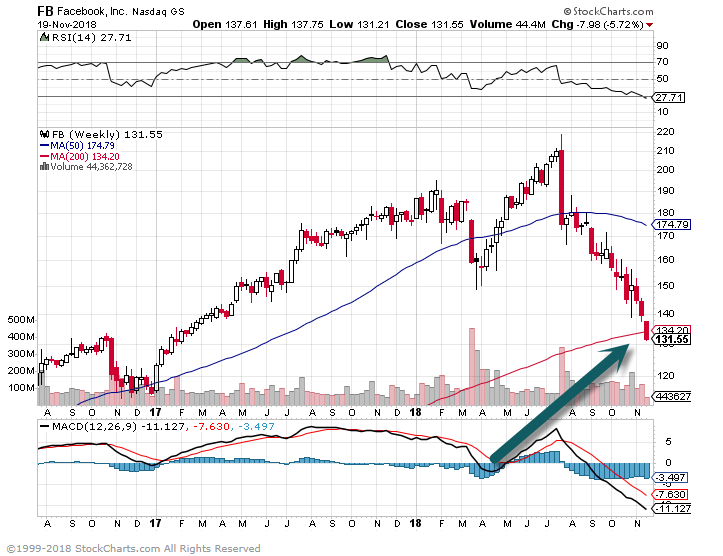 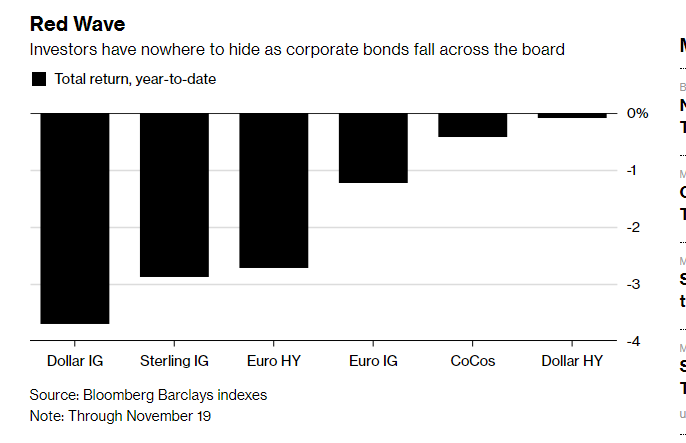 The increases in distress stem from harm avoidance and alienating lifestyles.

This post follows my previous post on the college student mental health crisis, which concluded that it was a function of both increases in willingness to use mental health services and actual increases in stress, anxiety, and depression this generation. This blog offers some reflections on why distress levels may be increasing and lists some resources for going forward.

In terms of what might be contributing to the increases in distress, an earlier post I did listed 17 possible causes. Here I focus on what I see as “the big two” societal reasons driving the change: The first has to do with a major increase in a focus on fear, harm avoidance, and avoiding victimization, which I see as having the potential to undercut capacities for mature coping. The second issue has to do with lifestyle changes, particularly technology and relational changes, that set the stage for a greater degree of confusion and alienation.

To see the shift our culture regarding the focus on harm avoidance, consider the following: When I was six and my brother was eight (this was in the late 1970s), we would take off in the woods behind our house for hours at a time. We might travel down the creek for several miles, catching turtles and crayfish, and then come back four or five hours later. Of course, we had no cell phones or anyway of communicating with my parents. And no one found this to be unusual—it was the norm. Now the norm is such that similar parenting practices would be grounds for investigation by the authorities and child protective services. The bottom line, it is a whole new world when it comes to how we think about the safety of children.

Many have highlighted this issue and related concepts like helicopter and snowplow parents (versus free range), safetyism and the coddling of students, characterization of us becoming a nation of wimps or living in self-esteem nation, the idea of concept creep and expanding definitions of harm and sensitization, a culture of outrage and grievance and of a pervasive sense of victimhood. All of these notions speak to the general issue I am raising here. What they have in common is the fact that there has been a massive shift in our culture that emphasizes the avoidance of harm and injury and places the responsibility on the avoidance of negative feelings on the environment or other people. That is, the default is that those who are vulnerable should be kept safe and if they are distressed we need to attend to that and make changes. The world should be as free as possible from dangers or inequalities or bullies, and anything that could be stigmatizing should be removed from our language. For example, rather than calling people who deal with high levels of negative emotion “neurotic,” we should refer to them as persons who are sensitive.

This harm avoidance movement is built on good intentions. I have three kids, and I want them to be safe. As a clinician, I have worked with many victims and I certainly don’t want anyone to be victimized. However, if we consider the wisdom of the Stoics, we can see the dangers in the current mindset. The short story is that the intense focus on harm avoidance sets the stage for increasing vulnerability and fragility. Think about how we treat phobias in the clinic. Psychological treatments are very clear. It is not avoidance but exposure with mastery that fosters growth and adaptive living when possible. Consistent with this analysis is the fact that I have heard many folks comment that students are having more and more difficulties coping with everyday stressors and seem more and more immature when it comes to their emotional lives. It is also worth noting that this analysis is consistent with the fact that this generation is more willing to receive help or take pills for their negative feeling states.

The second major issue is that our relationships and lifestyles in the digital age are increasingly likely to give rise to feelings of alienation, superficiality, and fragmentation, as opposed to integration, depth, and coherence. That is, our lives are pulled in many different directions in ways that are stressful and feel chaotic. Smart phones are probably the most obvious way our behaviors have changed in the last decade. While the digital age has opened up many opportunities for connection, it has also set the stage for those who are vulnerable to experience information overload, distractions, isolation, massive amounts of “inside-screen time,” and faux connections that are shallow and impersonal (i.e., likes on Facebook) and other related problems.

Human nature is such that we desire close contact and the feeling of being known and valued by important others. We have lived most of our existence in close-knit communities embedded in nature and sharing in tasks to promote the common good. Our modern lives look very different, and the recent technological innovations have only accelerated the difference. I believe this sets the stage for alienation and problematic lifestyles (i.e., not enough exercise or time in nature).

Given how chaotic our knowledge systems are and how much fragmentation and plurality there is, the stage is set for folks to be confused, isolated, overwhelmed and have no good sense of what they should turn to in order to bring meaning and order to their lives. Indeed, I see the remarkable ascent of Jordan Peterson as an indication that our culture is lacking in deep philosophical and psychological frameworks that organize people’s lives, and many young people (especially men?) are yearning for that.

To summarize, the college student mental health crisis is in part a function of a greater willingness to seek treatment and receive needed assistance, and in that regard, it actually can be considered a good thing and an indication of more openness and less stigma. However, it is also the case that the increases are likely tied to actual increases in stress, depression and especially anxiety. I believe the core of this surge is found in our alienating and stressful lifestyles and the focus on harm avoidance with the absence of a shared, affirming, character building vision for how to life the good life in a mature and thoughtful way. As such, I think we need to be on the lookout for movements that foster deeper meaning-making and lives with deeper relational connections. And we need healthier lifestyles and need better ways to maturely deal with stress and distress.